The Brazilian Soccer Rivalry That Spilled Over Into Architecture - Atlas Obscura
Want to see fewer ads? Become a Member. 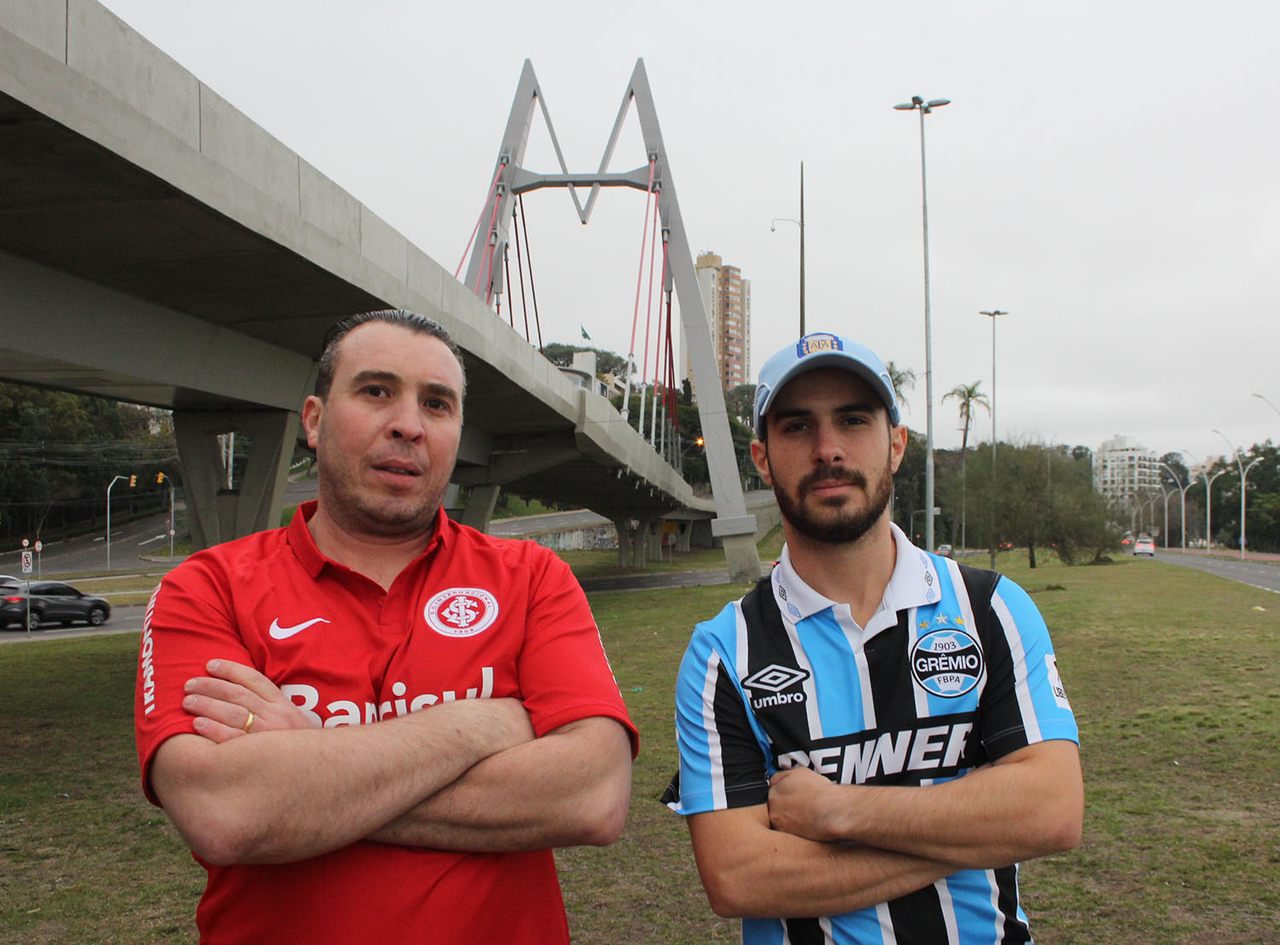 Sport Club Internacional was having a great year in 2010. One of two top-flight soccer teams in the Brazilian city of Porto Alegre, the club, known locally as Inter, had won that year’s Copa Libertadores, an annual tournament featuring the best club teams from South America and Mexico. Next up, Abu Dhabi and the Club World Cup.

It was to be a brief trip. In their first game, Inter was upset 2-0 by a team from the Congo called TC Mazembe, whose goalie marked the occasion with another entry in the sport’s distinguished history of celebration.

Back home in Porto Alegre, a software consultant named Penny Razzolini watched it unfold with shock and bitter disappointment. Meanwhile, a dark glee warmed the heart of Adriano Maffei, who was listening on the radio. Razzolini is a die-hard Inter fan (a Colorado, in local slang); Maffei is a Gremista—a zealous supporter of Grêmio, Inter’s crosstown rival. The two fans are examples of a rivalry so deep the competition has extended even into architecture of the city.

Red Colorados and blue Gremistas are the cultural yin and yang of southern Brazil’s largest city, where club soccer comes first and the country’s storied national team is an afterthought. The 107-year-old rivalry between Inter and Grêmio is said to be the fiercest in all of Brazil. It is no joking matter, this rivalry, surely fiercer, by several orders of magnitude, than any in American sport—a third rail of polite conversation in the city, the basis for arguments, fistfights and the mass brawls that periodically erupt at regularly contested “Grenal” matches between the two. (On July 3, Grêmio won the most recent edition, 1-0).

“Red clothes? Never,” says Maffei. “Not socks. Not underwear. Not a hat. Nothing red.”

He lives with an Inter fan. They get along fine as long as they never speak of soccer, in which case, Maffei says, they might kill each other.

In Razzolini’s view, the one and only thing better than an Inter victory: a Grêmio loss. “A Colorado’s joy,” he says, with a malicious smile, “is a Gremista in disgrace.”

Maffei and Razzolini were Facebook friends, once, until some soccer-related trolling brought things to an abrupt and angry end.

Back in 2010, when Inter made its quick exit from the Club World Cup, Brazil was beginning preparations to host the 2014 World Cup (the actual big-deal tournament contested by countries, not clubs). In Porto Alegre, infrastructure upgrades included a new highway overpass to ease congestion near Inter’s stadium, which hosted five games during the tournament. Curiously, the superstructure of the bridge was built in the shape of a giant M, looming 100 feet high, in full view of the stadium.

To the city’s Gremistas, it might as well have been Christmas. The M-shaped bridge was, obviously, an enormous, concrete memorial to Mazembe, cheekily erected on Inter’s doorstep. While the overpass is officially named for Abdias do Nascimento, a Brazilian civil rights leader, the true-blue Gremistas of the world immediately began calling it the Mazembe Overpass. It is the stuff of the meme-makers’ dreams; TC Mazembe itself endorsed the name via its official Twitter account.

“It’s right in front of their stadium, a giant ‘m’ that doesn’t make any sense,” says Maffei. “It was designed by a Gremista—in our minds, at least.”

Razzolini says it’s simpler than that. The father-and-son pair of engineers responsible for the project—Martin and Marcos Beier—must have simply been commemorating their own first initials with a giant “m” on the city skyline.

Reached by phone, Marcos Beier confirmed, in a way, both of these theories. He is indeed a Gremista, but the M is indeed simply a reference to their names. He didn’t make the Mazembe connection, he said, until his other Gremista friends pointed it out (he admits to being amused by the whole affair). Unintentional though it may have been, Beier continued, it isn’t surprising: everything in Porto Alegre gets dragged into the Inter-Grêmio rivalry somehow.

Intent and backstory aside, the giant M is now a fact on the ground in Porto Alegre. Life goes on, soccer rivalry goes on, and what goes around comes around.

It's thought to dispel evil.
Video • Wonder From Home