Buzz Aldrin Explains Why We Should Go to Mars - Atlas Obscura
Want to see fewer ads? Become a Member. 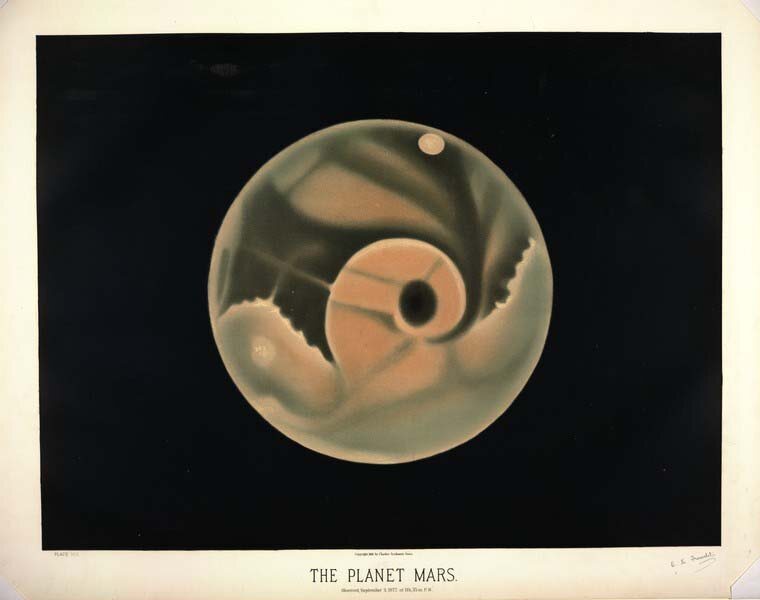 The first colonists to the planet Mars will be taking a one-way trip to populate what would be the most remote outpost of humanity. That foreboding alien isolation hasn’t stopped 78,000 people from signing up to be these settlers on a brave new world with Mars One, a Dutch organization aiming to get four people on Mars by 2023. Last night at the Barnes & Noble in Union Square in New York, moonwalker Buzz Aldrin asserted that for humanity, having this kind of permanent settlement on Mars is the next necessary step in our humanity’s space future, and that “the person who makes that commitment is really going to go down in history” with the likes of Alexander the Great and Columbus. 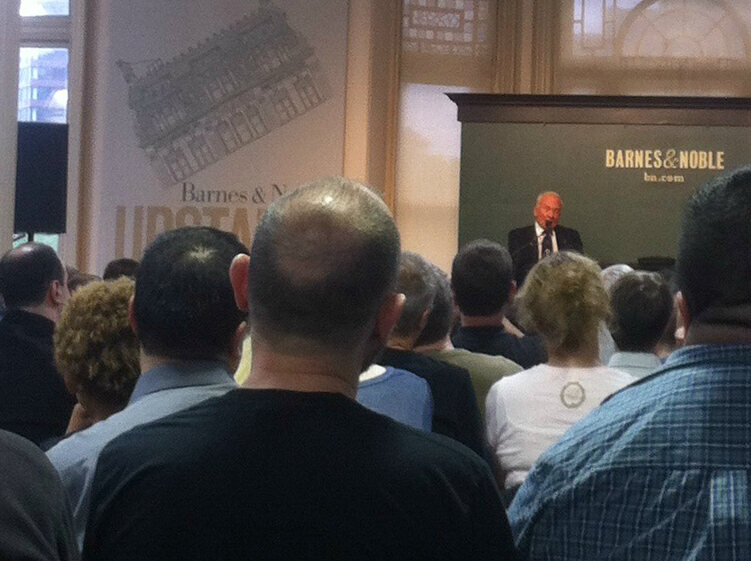 Buzz Aldrin speaking in NYC (photograph by the author)

Aldrin was speaking in support of his new book, Mission to Mars: My Vision for Space Exploration published earlier this month with National Geographic Books. His co-author, space journalist Leonard David, joined him for the dialogue on Mars, the astronaut’s iconic day on the moon, and some rambling on the best techniques for riding in ticker-tape parades.

That that Aldrin was interested in academic studies of manned orbital rendezvous in space as a student at MIT is often overshadowed by his fighter pilot persona, and just the fact that nothing is ever going to top that first landing on the moon, a place Aldrin described as having “magnificent desolation.” Yet he emphasized that while that feat of walking on the moon was a fantastic point for human ingenuity, it’s disheartening that since then, we haven’t reached beyond into space. As for a trip to Mars, he said it’s “not to go to something desolate next door, but to go to another planet and set up a growing permanence.” 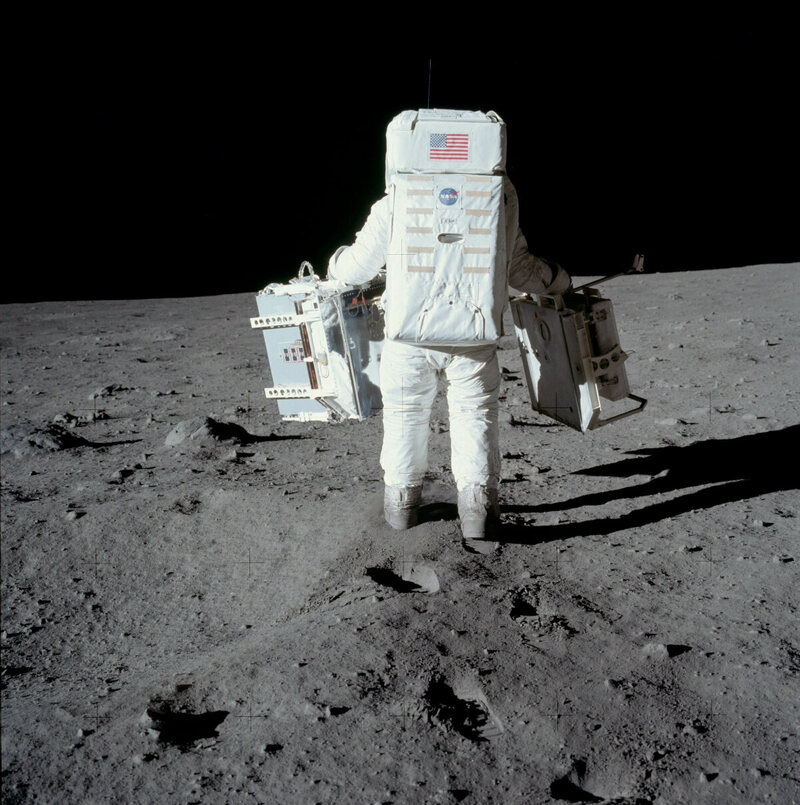 Buzz Aldrin on the Moon (via NASA/Wikimedia)

He stated that he sees ventures like the space station as missed opportunities in terms of international relations and that we could “cooperate up above and maybe it will filter down from orbit.” There’s also that wealth of science innovation and interest spurred by the Apollo missions that he hopes could be reignited and inspired by a focus on Mars. Sure, it’s an ominous prospect to maroon yourself on the Red Planet, to be part of ”inspiring people for something that humans can do that we haven’t done before,” as Aldrin said, but it would be the biggest achievement in exploration yet known to our history.

So are you bold enough to put your name down for a potential space pilgrimage? You have until August 31 to apply for the Mars One program, and if Buzz Aldrin has his way there should be more opportunities to be part of this expansion of our world into the realm of space. As for how it felt for Aldrin to be the second man to put his footprint on the moon, he responded to a young boy’s question in the audience by saying that fighter pilots have no feelings and ice water in their veins, only knowing “kill kill kill” and tears for the national anthem. Of course, being that he’s devoted his life to furthering our inspiration with the achievements of space, it’s likely Aldrin would feel some stirrings of remembered emotions if he saw the footprints of some future astronaut boots on the Mars surface.

Mission to Mars: My Vision for Space Exploration is available from National Geographic Books.

Notes from the Field: A Dauphin's Heart & French Royal Remains at the Basilica of St Denis

When NASA Wasn't Sure if Astronauts Could Swallow in Space

NASA accidentally sold it, tried to take it back, lost it in a court battle—and now you can own it.
space exploration

In Iceland, Testing the Drones That Could Be the Future of Mars Exploration

“We’re going to do so many cool things.”
science