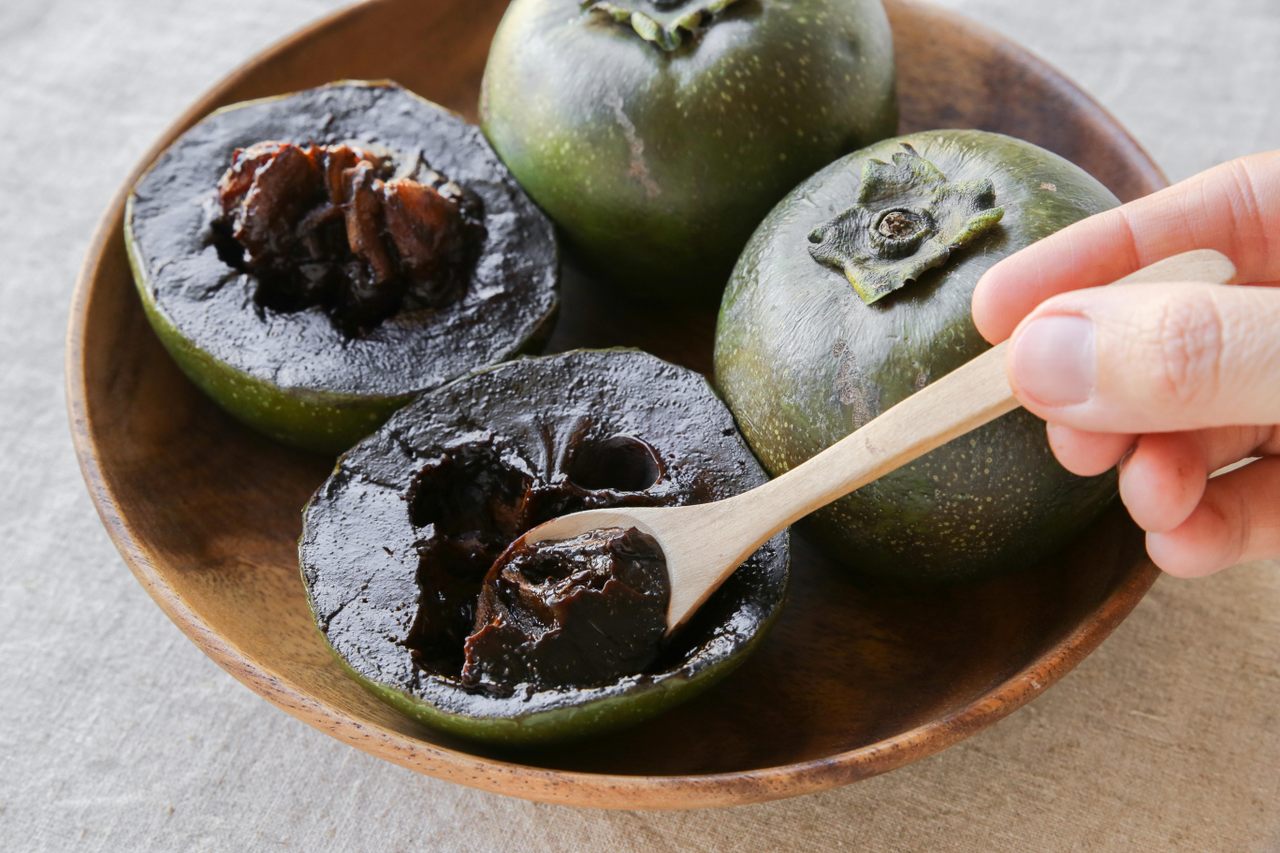 This fruit can also count as dessert.
Destination Guide

THIS ARTICLE IS ADAPTED FROM THE MAY 14, 2022, EDITION OF GASTRO OBSCURA’S FAVORITE THINGS NEWSLETTER. YOU CAN SIGN UP HERE.

I’m always a little suspicious when anyone describes a food by comparing it to something else. It feels a little reductive, maybe even dishonest. Tonka beans do not taste like vanilla beans; carob does not taste like chocolate; and rabbits, alligators, and frogs have never, ever tasted like chicken.

But every once in a while, one flavor profile echoes another in a way that triggers something in our lizard brains. Take Bunchosia armeniaca, better known as peanut butter fruit, a vibrant orange berry with notes of Smuckers, which our editor recently tracked down and sampled.

Recently I got the chance to test whether another fruit favored by Gastro Obscura lives up to its nickname: chocolate pudding fruit. Also known as zapote negro, black sapote, black persimmon, or Diospyros nigra, it’s native to Central America. While I was in Mexico City, some friends brought back a particularly large specimen from the Mercado Medellín. I was intrigued.

The hardest thing about trying a zapote negro is the waiting. Eating an even slightly under-ripe specimen is about as pleasant as gnawing on a rock-hard avocado. A chocolate pudding fruit isn’t ready until it seems on the verge of decay. We waited until it felt impossibly dense and the tiniest bit of dark liquid started to ooze from a crack.

Once sliced open, the flesh offered absolutely no resistance to a spoon. It was the color and consistency of raw brownie batter. Did it taste like chocolate pudding? Kind of, actually. While no one would ever confuse the two in a blind taste test, the custardy flesh certainly resembled its namesake dessert.

The secret to truly sublime chocolate pudding fruit, though, is to pop it in the freezer for a few hours. Mash the pulp with a fork or a blender, then freeze until semi-solid. The resulting texture is somewhere between a chocolate popsicle and sorbet, despite having none of the same ingredients.

This makes for a sweet treat, but if you really want to gild the lily (and at this point, why would you not?), then add toppings. My friends and I went ham with flaky sea salt, cacahuates garapiñados (candied peanuts), and shavings of dark chocolate from La Rifa Chocolatería. A fruity olive oil, a really good honey, or anything you’d put on a sundae would be phenomenal here.

We Made a Beer

Ever wondered what the beer equivalent of a turducken would be?

This is the driving question behind Gastro Obscura’s first beer. We didn’t make it ourselves, but we did team up with Dogfish Head, a brewery that has a history of making some pretty wondrous beers. Just look at Midas Touch Ale, a recreation of a recipe from a 2,700-year-old king’s tomb made with barley, saffron, honey, and muscat grapes.

Inspired by the Gastro Obscura book, specifically page 70, which describes engastration—literally the process of cooking animals inside other animals à la turducken or Mongolian boodog—it’s a liquid nesting doll of a beer: a Mid-Atlantic honey and date mead, a bittersweet hard cider, a fruity Muscat wine, and a rustic farmhouse ale.

Is brewing like this practical? Absolutely not. Are the results wildly complex and unlike anything else? Totally. The brewers dubbed it the “most inefficient beer” they’d made in 27 years.

After sampling the beer, I called up Dogfish Head founder Sam Calagione to talk about our wonderfully impractical brew.

The idea for this beer is wild. When did you go, “Okay, what if we made the turducken of beers?”
When I got to that page in the Gastro Obscura book, it reminded me of when I was in a tomb in Egypt 10 years ago that had a hieroglyph with the oldest depiction of brewing. On that same wall, they showed a little animal stuffed into a big animal. You had fermentation and engastration side by side. So when I got to that page in the book, it was like an epiphany moment.

I love that our illustration from the book made it on the beer label. How exactly do you mimic the idea of engastration in beer?
We had to determine the exact right ratio so that each of the five liquids could express themselves in different ways. Someone called it the gobstopper of adult beverages. As you drink it and as the liquid warms up to more toward red wine temperature, you start to see different components come forward. So when it’s colder, you get a lot of honey and cider notes, then as it warms up, you get the spiciness of the dry sake yeast, then the notes of black pepper and banana from the saison yeast.

Those banana esters really hit. What would you say would be a good food pairing for this?
We built it from a sensory perspective to be the ultimate partner for a turducken meal.

Let’s say I don’t have a turducken handy. What’s the next best option?
If you can’t wait to make a turducken, I would pair this with spicy wings or a turkey burger with a spicy chutney. This thing is perfectly built for spicier food.

This feels like a dream Thanksgiving beer, whether or not you go full turducken. Can I keep it around until then?
We encourage people to get two bottles, because at 10% ABV, it’s going to gain complexity and stature in your cellar. As it ages, it’s going to pick up sherry or port wine notes. It’s going to have some oxidized notes that will express themselves almost like candied citrus. Some of that beer yeast character will be what recedes and what will come forward are those beautiful undertones of orange marmalade.

With so many components, this had to be a ton of work to produce—especially given that you’re releasing such a small quantity of it into the world.
We like to say this experience has been blissfully inefficient. There’s no real financial ROI. Frankly, it’s a precious beer and it deserves a precious moment. It was complex to make it and mash it up at the exact ratios. We wanted to really lean into how exciting the moment is. If people dig it, we’re going to need bigger brewing tanks [next time].

Fermentation Engastration by Dogfish Head X Gastro Obscura on GiveThemBeer is sold out, but Dogfish Head has promised to keep a few bottles on reserve at their brewery in Delaware.

When you can't throw a vegetable at a rotten official, call them one.
science

The Flavored Esquites of Bernal

This small town specializes in a rainbow of corn snacks.
Mexico City, Mexico

An inland seafood emporium makes more sense than you'd think.
Want to see fewer ads? Become a Member.
From Around the Web
Atlas Obscura Trips
Oaxaca: Tastes of Past & Present
View This Trip
Thanks for sharing!