5 Secrets for Mastering the Theremin, From the Legendary Clara Rockmore - Atlas Obscura
Want to see fewer ads? Become a Member. 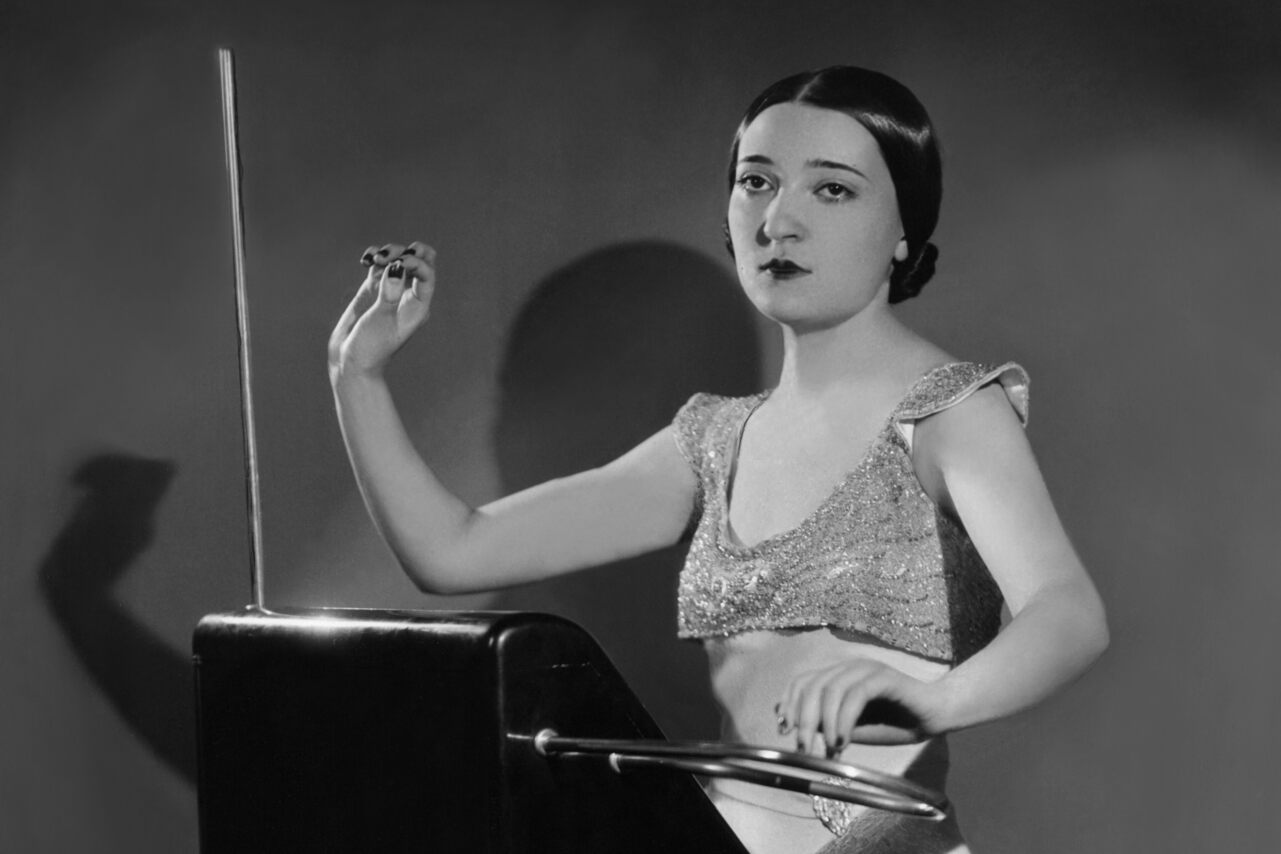 Many people who know the electronic instrument known as a theremin associate it with otherworldly science fiction warbles or eerie horror story accompaniment. But Clara Rockmore, possibly the first great theremin virtuoso, saw those associations as insults. She championed the instrument as a legitimate classical instrument that deserves a place in the pit, right next to the violins and piano. An early, pioneering proponent of electronic music, Rockmore was as serious as anyone has ever been about the theremin, and luckily, she left behind a number of valuable lessons about playing and appreciating the instrument. (In case you’re inclined to get one of your own.)

For those unfamiliar with the magic of the theremin, the instrument was created in the 1920s by inventor Léon Theremin. Unlike traditional instruments, which require the player to actually touch them, the theremin is hands-off. It requires the artist to place her hands in midair between a pair of antenna, and then move them in space to disrupt and alter an electromagnetic field. In response, the machine puts out buzzy, tremulous sounds that, with the proper skill, can be shaped into any number of forms. But it isn’t easy.

Without the traditional physical input and output of most instruments, playing the theremin requires precise body control, and can seem particularly abstract to many aspiring virtuosos. Rockmore embraced its ephemeral nature, and hoped to demystify the esoteric instrument by making it a regular fixture of classical performance.

Born in 1911 in what is now Lithuania, Rockmore was a violin prodigy who came to the United States to study music. She eventually met Theremin—who eventually proposed to her, unsuccessfully—and took up his experimental instrument. During her lifetime, she became the premiere theremin performer in America and possibly the world, performing in a number of concert halls, even touring with the great Paul Robeson. In 1977, she released her first and only album, The Art of the Theremin, a collection of classical performances that was produced by friend and fellow electronic music pioneer Robert Moog.

A documentary on the theremin, featuring footage of Rockmore’s final performance, was released in 1993, It renewed interest in the instrument, and Rockmore began compiling her thoughts on how to play the instrument into the Clara Rockmore Method for Theremin. She passed away in 1998, but her collection of written lessons and general advice is now available for free (as per her wishes). If you want to try “playing the air,” this is where you should begin.

Let your fingers do the talking.

Rockmore developed a precise technique for finger placement when she played the theremin that allowed her to control the sound with a then-unparalleled degree of clarity. As she wrote, “you don’t need hammers to work with air.” Rockmore, as seen in footage of her playing a theremin, moves her fingers in the air almost as though they are plucking invisible harp strings, with the forefinger of her right hand pressed firmly to her thumb. “Think of your fingers as delicate butterfly wings, and you will get further than if you use strength,” she wrote.

Remember that your whole body is part of the instrument.

Early in the guide, Rockmore wrote, “Don’t forget your whole body is an electro-conductor, in the electro-magnetic field, and it is therefore necessary to control the slightest motion—not only of hands and fingers.” With other instruments, a musician is free to move, dip, strut, and nod her head to the beat, but since playing the theremin is all about interacting with the invisible field projected in the vicinity of the instrument, every motion impacts the sound. In the book Theremin: Ether Music and Espionage, Rockmore is quoted as stressing the control of emotion, and thus bodily movement. This isn’t to say that theremin players can’t jam, but it does mean they have to focus a bit more when they do it.

Pay attention to your surroundings.

Along those same lines, it’s not just your body you have to worry about when playing the theremin; others standing or passing too close can interfere with the instrument’s pitch field. “Make sure no one passes by, as you are playing, and enters the electro-magnetic field from the other side, immediately affecting the performance,” she wrote in her manual. Even more specifically, she warned that violinists’ bows and conductors’ batons could be problems in a tight orchestra space.

Despite being a huge proponent of the theremin and its use as a legitimate orchestral instrument, Rockmore also felt that it should not be anyone’s first instrument. In a 1977 interview with Moog, she stated, “One should not learn to play the theremin as his first instrument. The first fundamentals of music should be learned on the piano.” Later, in her guide, Rockmore elaborated, saying that anyone looking to play the theremin should first learn to read music, and study theory and harmony—just as many violinists do. The worst thing that someone could do is pick up the theremin just to create more spooky sound effects. In fact, Rockmore, who often turned down uncanny soundtrack work, began her guide by addressing it to “future ‘thereminists’—those who approach and welcome it, as yet another voice, with which to interpret real music, not a magic toy for producing strange and eerie sounds.”

Commune with your theremin.

Each theremin can have variations in its playing field that need to be adjusted to a performer’s specific playing style. “Tune to your own body capacity,” she wrote. Early theremins had a much more limited range of sounds than later models, and Rockmore even had Theremin himself build her a special version that gave her more accuracy and control than the publicly available RCA model of the day. The field also needs to be adjusted so that the musician’s movements can be contained with it and produce the desired range of tones. Luckily, modern theremins tend to be easier in this regard.

Rockmore’s guide also includes a number of specific exercises for beginning theremin players, though unsurprisingly, you’ll need to be able to read sheet music to use them.

Today, classical performers such as Carolina Eyck (who has a number of instructional theremin videos on YouTube) continue Rockmore’s mission to establish the theremin as a serious orchestral instrument, and not a musical oddity, but Rockmore’s influence is still felt. In 2016, on the occasion of what would have been her 105th birthday, Google dedicated a Doodle to her, which is actually a miniature, playable theremin lesson. Maybe, in time, with the help of her teachings and the work of those she seems to have inspired, the theremin will have a true place in the pit.

The theremin's mystery endures, and virtuosos are still fighting for its recognition.
music

The papers of Tony Glover, "musician's musician" and journalist, include many other luminaries as well.
music

A celebration of freedom, published next to advertisements for the slave trade.
Video • AO Docs

4:20
Want to see fewer ads? Become a Member.
From Around the Web
Related

Tharun Sekar's creations include the yazh, a harp-like instrument played in India 2,000 years ago.
Read more
Thanks for sharing!