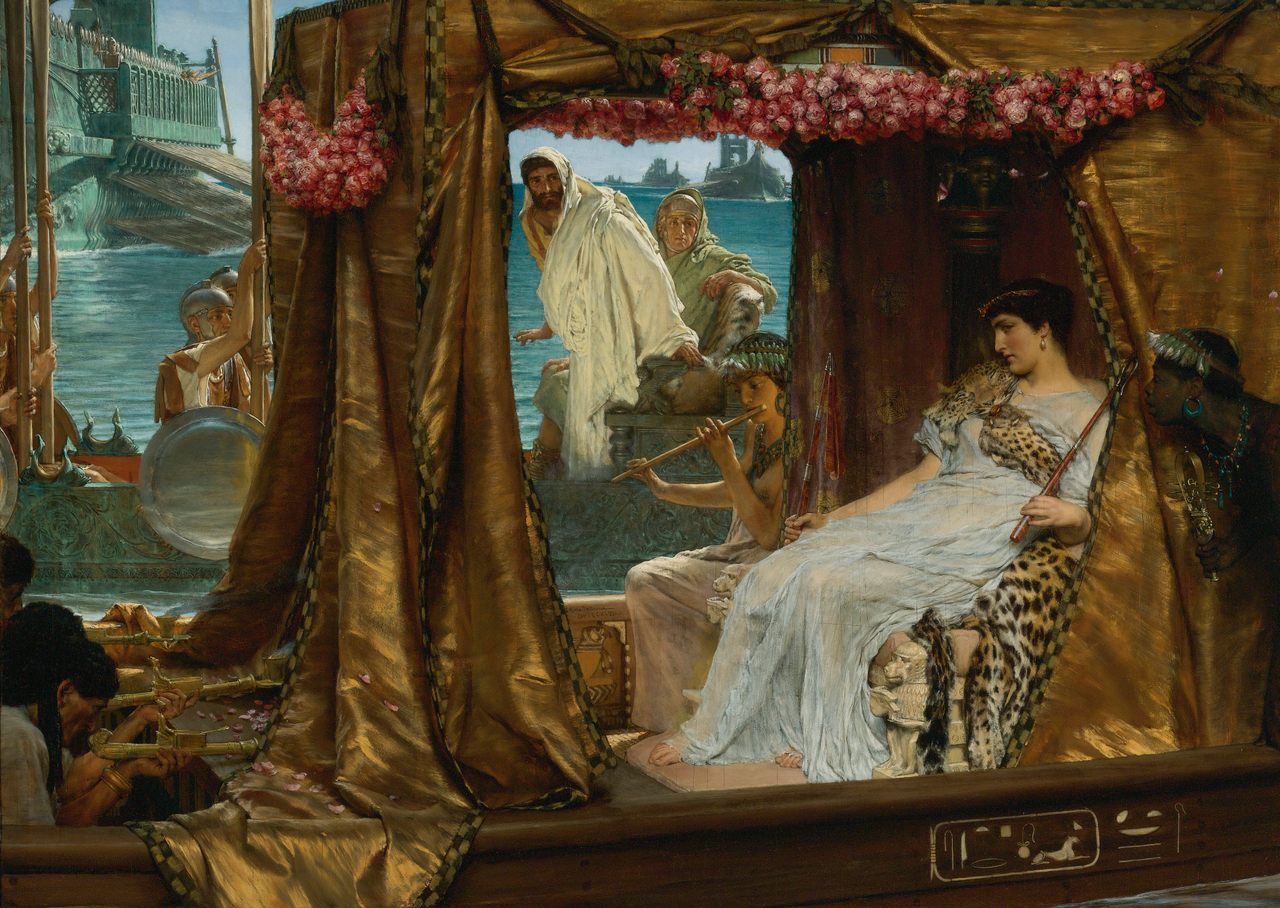 If Cleopatra wanted to woo you, you’d smell her before you ever saw her. Legend has it that when she first visited Marc Antony in Tarsus, she coated the purple sails of her golden boat in a fragrance so pungent that it wafted all the way to shore. As Shakespeare wrote, Cleopatra’s sails were “so perfumèd that the winds were lovesick with them.” It does sound a bit extra, but, honestly, who wouldn’t want to catch a whiff of Egypt’s most famous queen?

Now, a team of four researchers have recreated a perfume they believe Cleopatra might have worn, based on residue found in an ancient amphora. “This was the Chanel No. 5 of ancient Egypt,” says Robert Littman, an archaeologist at the University of Hawaiʻi at Mānoa. “It was the most prized perfume of the ancient world.”

Littman and his colleague Jay Silverstein came up with the idea during their ongoing excavation of the ancient Egyptian city Thmuis, located north of Cairo in the Nile Delta and founded around 4500 BC. The region was home to two of the most famous perfumes in the ancient world: Mendesian and Metopian. So when the researchers uncovered what seemed to be an ancient fragrance factory—a 300 BC site riddled with tiny glass perfume jars and imported clay amphoras—they knew they had to try to recover any scent that had survived.

The amphoras did not contain any noticeable smell—but they did contain an ancient dried residue (analysis of which is pending). Dora Goldsmith and Sean Coughlin replicated the Thmuis scent using formulas found in ancient Greek materia medica and other texts.

Both Mendesian and Metopian perfumes contain myrrh, a natural resin extracted from a thorny tree. The experts also added cardamom, green olive oil, and a little cinnamon—all according to the ancient recipe. The reproduced scent smells strong, spicy, and faintly of musk, Littman says. “I find it very pleasant, though it probably lingers a little longer than modern perfume.”

In ancient Egypt, people used fragrance in rituals and wore scents in unguent cones, which were like wax hats that dripped oil into one’s hair over the course of the day. “Ancient perfumes were much thicker than what we use now, almost like an olive oil consistency,” Littman says.

Though the modern-day Mendesian offers an intriguing approximation of an ancient Egyptian perfume, the jury’s out on whether Cleopatra would have worn it. “Cleopatra made perfume herself in a personal workshop,” says Mandy Aftel, a natural perfumer who runs a museum of curious scents in Berkeley, California. “People have tried to recreate her perfume, but I don’t think anybody knows for sure what she used.”

Aftel is no stranger to the concocted scents of ancient Egypt. In 2005, she reproduced the burial fragrance of a 2,000-year-old mummified Egyptian child, a girl dubbed Sherit. Since her mummification, the perfume had shriveled into a thick black tar around Sherit’s face and neck, according to a Stanford press release. Aftel identified frankincense and myrrh as the primary ingredients in the perfume and reconstructed a copy. “I smelled the mummy,” Aftel says. “As a natural perfumer, it’s a very beautiful way to connect to the past.”

If you’re in D.C., you can smell this most recent recreation yourself: the scent is on display at the National Geographic Museum’s exhibition “Queens of Egypt” until September 15. There’s not enough perfume to coat an entire sail, but you can dab a little on your arm.

Meet the woman dubbed the "poetess of perfume" in 1917.
food

The rebel of the perfume world can make you smell like dinner or dessert.
Video

3:48
Want to see fewer ads? Become a Member.
From Around the Web
Atlas Obscura Trips
Ancient Wonders: Egypt & The Nile
View This Trip
Thanks for sharing!