Marvel at Tiny, Perfect Staircases Made by a Secret Society of French Woodworkers - Atlas Obscura
Want to see fewer ads? Become a Member. 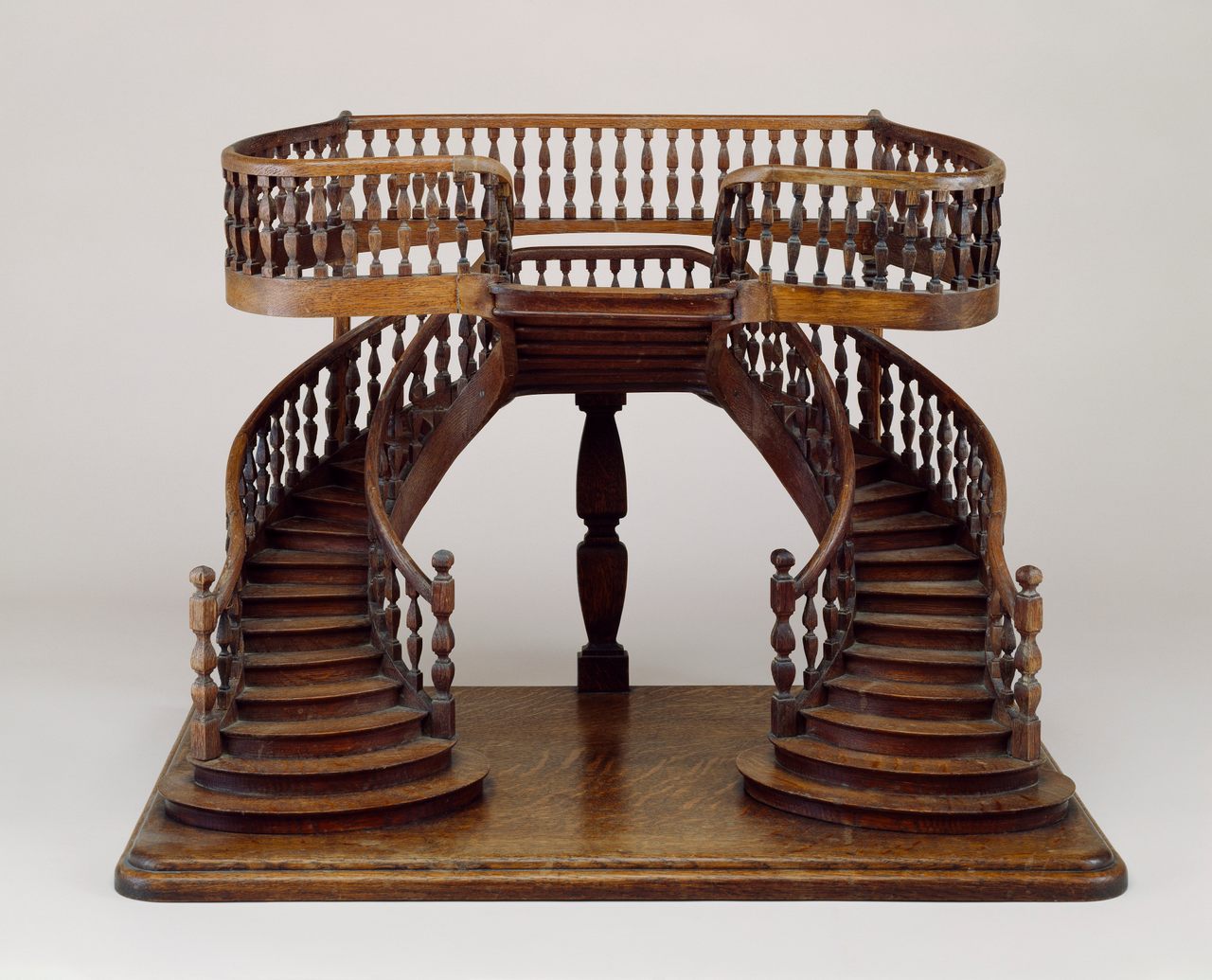 Since the Middle Ages, France’s “compagnons” have lived idiosyncratic existences, steeped in mystery, ritual, and a devotion to their trades. Even today, these master craftsmen have certain quirks: As young people, they live in boarding houses together in towns across France, where they spend their days learning and training to become the country’s greatest tradespeople. After six months in one place, each tradesman will pack up and move on to another French town, and a new hostel, to learn more skills under a new master.

The name “compagnon” translates to “companion,” relating to the brotherhood between members and the shared identity of a movement that, today, encompasses around 12,000 permanent, active members. Professions usually fall into one of five “groups,” depending on their principal material: stone; wood; metal; leather and textiles; and food. Within these groups are bakers, clog-makers, carpenters, masons, glaziers, and many more. In the past century, new trades have been added and old ones have fallen away. But whatever the craft, the journey from apprentice to “compagnon” is long and highly specific, and culminates in the completion of a “masterwork”: an item that showcases the skills acquired over at least five years of sustained study.

Historically, woodworkers have often chosen to produce a tiny, intricate staircase as their “masterwork.” Over 30 years, the art dealer and collector Eugene V. Thaw, who died at 90 in January 2018, amassed an incredible collection of these staircase models, dating from between the 18th and 20th centuries. Measuring only a few inches in height, they are self-supporting, graceful, and impossibly delicate. Since 2007, they have been part of the permanent collection of New York’s Cooper Hewitt, Smithsonian Design Museum, and are currently on display alongside craftsmen’s working drawings.

To make these models, craftsmen draw on a variety of different kinds of wood, including pear, ebony, walnut, and mahogany, with extra twiddly bits, like banisters and infinitesimal hand-railings, made of anything from brass to bone. Every minute piece of wood—and there are hundreds in each model—has been painstakingly hand-cut, carved, planed, joined, and inlaid to produce a staggeringly detailed staircase, in miniature. These were sometimes produced for competitions, writes Sarah D. Coffin, author of Made to Scale: Staircase Masterpieces, The Eugene & Clare Thaw Gift, where apprentices vied to be named the master carpenter of a city. “Other times, they might be group works for parade.” In these instances, slightly larger models would be carried through the city by their makers for all to admire.

After going from apprentice to “compagnon,” craftsmen undergo an initiation rite, which, according to UNESCO documents, remains “shrouded in secrecy to preserve its magic and effectiveness.” Depending on the trade, this ritual may include additional elements, like a two-day “symbolic journey.” A constant, however, is the adoption of a symbolic name that indicates where they have come from and something about their character: Prudence of Draguignan, Flower of Bagnolet, Liberty of Chateauneuf. The organization’s other particularities beyond the “secret” nickname include the wearing of a colored sash and carrying of a tall, ornamental wooden cane, given to them after initiation. For the rest of their lives, compagnons are part of a close knit brotherhood, with its own patron saint, feasts, and even funerary traditions. But in the past, these secretive ways caused outsiders—or “lay people,” as the compagnons call them—to regard them with suspicion and sometimes misgivings, Coffin writes.

Perhaps to dispel these ill-feelings, in 1839, compagnon Agricole Perdiguier wrote The Book of Compagnonnage. This multi-volume series revealed some of the movement’s customs, secrets, and obligations. “I do not pretend to map out its history here,” he wrote, in French, “but I will give a few details which should give enough of an understanding of it. … It should be remembered that I am writing here for the public, and most of all, for Compagnons, who largely possess very few books.” In recording many of their customs, Coffin writes, Perdiguier inspired a novel by George Sand, which “drew attention to some of the great works being produced by compagnonnage members and resulted in a revival of interest in their work.”

Today, the compagnons continue much as they have for centuries—though these days, the specialist knowledge once put to work on France’s medieval cathedrals has led them to travel all over the world. From April 1984 to July 1986, the compagnons worked on New York’s Liberty Island to craft a new torch and flame for the Statue of Liberty.* In 1990, in the wake of Hurricane Hugo, they were flown in to Charleston, South Carolina, to help repair antique furniture and the damaged roofs of stately homes. In France, they’ve recently received an uptick in public attention due to French president Emmanuel Macron’s interest in them and their work.

Now comprised of thousands of young French people, there are some small signs of change in this little-understood group of craftspeople. Once made up exclusively of men, since 2005, the compagnons have accepted women, and are now an international organization, with the option to train overseas at sister organizations in countries including Germany and Poland. In the past century, craftspeople from newer trades, like bakers and electricians, have joined traditional woodworkers and masons. What has not changed, however, is the spirit of commitment to their work. In the 19th century, graduating compagnons’ diplomas read: “Glory be to Work and Scorn upon Idleness—Work and Honour, this is our wealth.” Two hundred years on, the same sentiment applies.

The Long Linguistic Journey to 'Dagnabbit'

This piece of pseudo-profanity is what's known as a taboo deformation—a word we say when we don't want to say the word.
secret societygallerywoodworkvisualdesign

The Iron Curtain went to infinity and beyond.
collections

Distinctive designs from the "Golden Age" of roller-skating.
maps

A tour of the city's most striking signs.
Video