How to Calm a Crying Baby Like a Mesopotamian - Atlas Obscura
Want to see fewer ads? Become a Member. 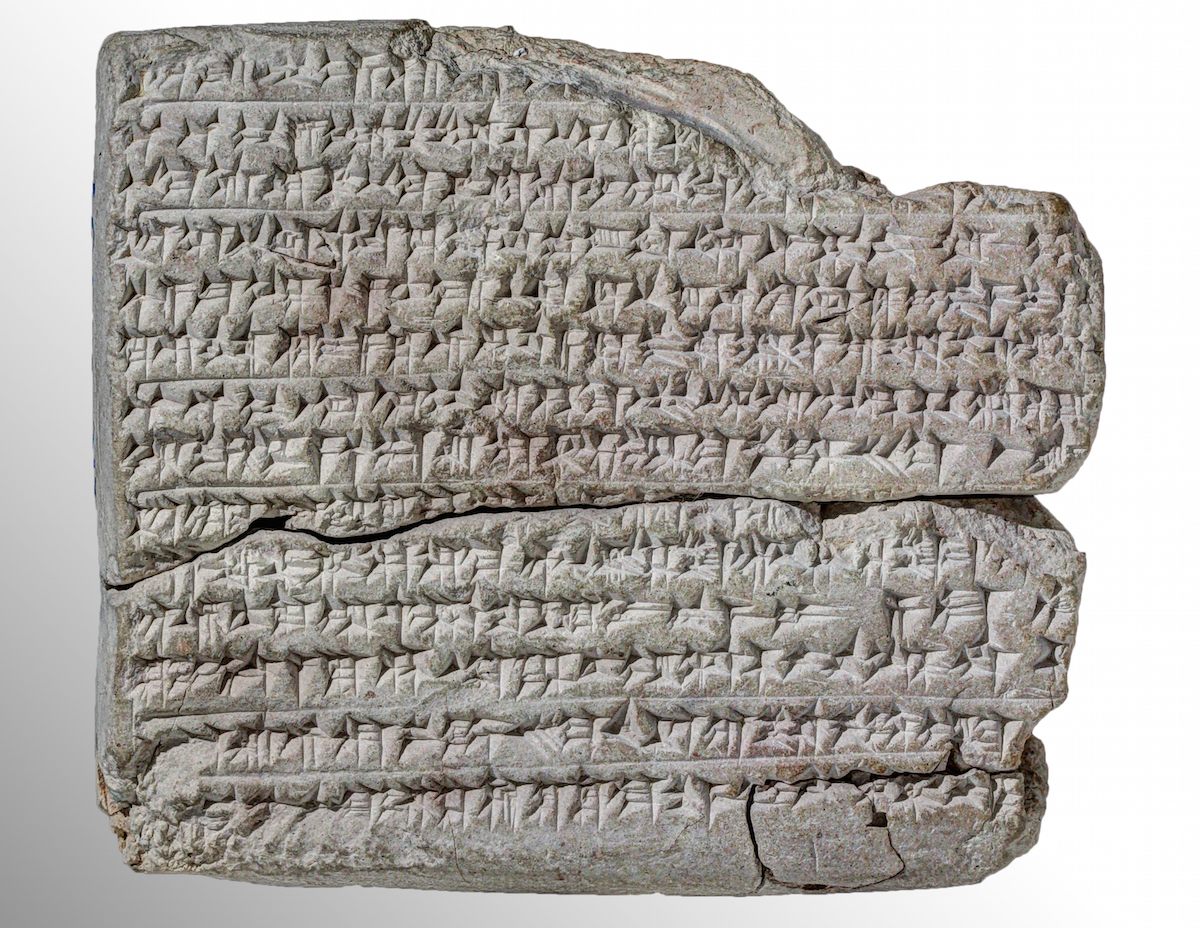 A Late Babylonian tablet spelling out a ritual to quiet a crying child. Courtesy Klaus Wagensonner
In This Story
Destination Guide

Babies cry. It’s just what they do. And while parents have been trying to get their children to pipe down since time immemorial, the arsenal of tactics they employ has changed over the years.

The well-preserved Late Babylonian cuneiform tablet pictured above records a combination of songs and rituals that Mesopotamians used to hush their little ones. In these lullabies, parents entreated their babies to be calm as well water, to “be given sleep like a sleepy gazelle buck” calf, and to doze like a shepherd nodding mid-watch. Along with songs, the text suggests parents rub dust from a significant street, doorway, or even a grave—perhaps representing an ominous, ultimate silence—on a wailing baby.

“It asks for peace and quiet, just like a modern lullaby would,” says Eckart Frahm, a professor of Near Eastern languages and civilizations at Yale University. The tablet, which scholars believe originated in Nippur (about 100 miles south of present-day Baghdad, Iraq) and is currently on display in the exhibit Ancient Mesopotamia Speaks at the Peabody Museum of Natural History in New Haven, Connecticut, is one of only two known collections of cuneiform lullabies. Scholars believe these words likely originated in folk poetry that had been transmitted orally for years before being written down sometime between 500 and 300 B.C.

There are some key differences from modern lullabies, though. The child “disturbed its father and brought tears to its mother’s eyes, upon whose noise–the noise of its crying–the Kusarikku absconded,” reads the tablet. It’s not just for exhausted mom and pop’s sake that the baby must be consoled. They fear that the Kusarikku–a hairy, bison-shaped house ghost–will be frightened away by the noise. House ghosts were fickle supernatural beings. If angered, they could “do terrible things to you that gods would not do,” according to Frahm. Alternatively, they could offer protection from malevolent forces like demons if they were home. One much-feared demon was Lamashtu, who was believed to snatch away babies and kill pregnant mothers. She is featured on amulets as a formidable figure: part bird, part donkey, part human being, with suckling pups and pigs dangling from her breasts. So placating a child was about more than tired parents getting some tranquil shut-eye: it was integral to keeping everyone in the house out of harm’s way.

For Mesopotamians, “there was not a clear-cut border between magic and science,” says Frahm. Texts recording incantations like these lullabies, rituals like spreading dust, or offerings to various deities would have existed alongside more firmly scientific texts and literature in a library collection at a temple, palace, or private home.

“We do not know exactly why the baby cried—and it would be overly speculative to insist on one specific medical explanation over another,” cautions John Wee, an Assyriologist at the University of Chicago. “The historian’s job is to put himself into ancient shoes and—in this case—appreciate how indigenous Mesopotamian culture and beliefs supplied an important enough reason to fear the threat of excessive human noise.” House ghosts like Kusarikku and demons like Lamashtu may have been vivid representations of well-founded parental fears during a period when infant mortality rates were high and crying could signal a dire risk to an infant’s life. Although we can’t know for certain why a baby was crying millennia ago, a soothing song and a sprinkle of dust couldn’t hurt.

How to Get Your Laundry Done in Ancient Mesopotamia

A humorous dialogue between a cleaner and customer, useful to both ancient scribes and modern scholars.
objects of intrigue

The Clay Models Used to Analyze Entrails in the Ancient World

Need to tell the future? Consult the library of livers.
relics

Her name was Enheduanna.
Video • Object of Intrigue