The site of one of the strangest disasters in history—a wave of deadly molasses traveling at 35 mph.

Roaring down the streets at 35 miles per hour, the tidal wave of molasses claimed everything in its path. When the destruction was complete, 21 people were dead, 150 injured. 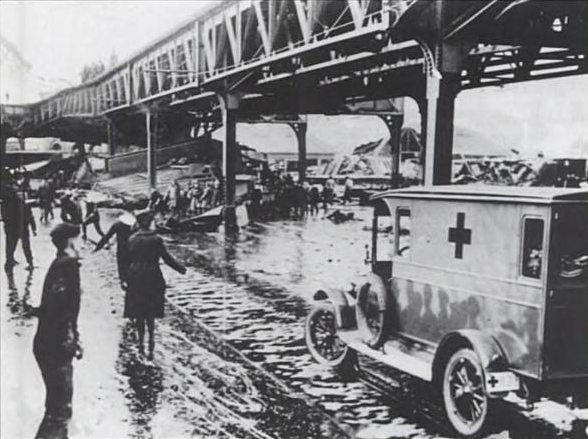 On January 15, 1919 an enormous molasses storage tank in Boston’s North End burst, releasing a wave reported to be as high as 15 feet, flooding streets in up to three feet of sticky sweet goo. Rescuers worked for four days, struggling to identify victims under the murky mess.

In the wake of the disaster, elaborate conspiracy theories dissolved into more standard but no less tragic charges of negligence on the part of molasses tank owners, ultimately costing them a million dollar settlement.