The Curse of the Stolen Amethyst - Atlas Obscura
Want to see fewer ads? Become a Member. 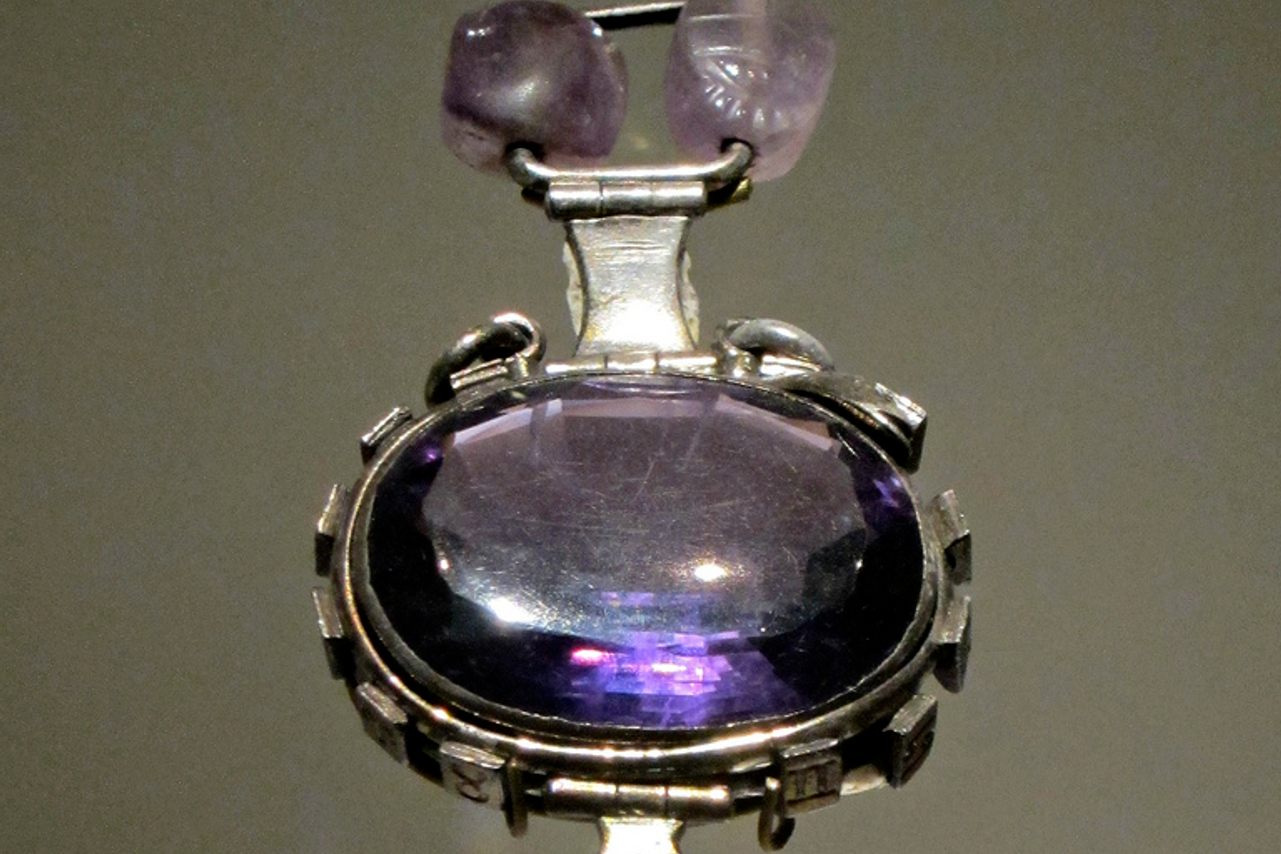 Ever since it was stolen out of India during the Rebellion of 1857, this amethyst has brought its owners nothing but despair and devastation. Known as the Cursed Amethyst or, in a bit of a misnomer, the Delhi Purple Sapphire, the stone now resides in the Vault of the Natural History Museum in London alongside such other precious stones as a Martian meteorite and a “medusa” emerald. Its last owner had it locked away within seven different boxes in a bank safe, where it was not to be removed until three years after his death.

A Bengal cavalryman named Colonel W. Ferris is said to have brought the amethyst to England after it was stolen out of the Temple of Indra in Kanpur. Yet the beautiful violet stone’s sinister nature was soon manifested when he lost just about everything he owned and his health deteriorated. The same misery happened to his son who inherited the stone, so he gave it to a friend who subsequently committed suicide. In an unsettling twist, that friend had willed the stone back to the son who found the amethyst returned to him now with a body count to its legend.

In 1890, Edward Heron-Allen received the stone. Heron-Allen was an ambitious man with an insatiable quest for knowledge, having written books on violin-making, palmistry, and translations of Arabic literature. Yet he soon found himself rattled by a series of disasters. Perhaps not making the connection to his recent acquisition, he gave the stone to a friend who was a singer who suddenly found “her voice was dead and gone,” and she never sang again.

Desperate to be rid of the thing, Heron-Allen tossed it into Regent’s Canal. Yet three months later, after having been rescued from the depths by a dredger, a dealer gave it back to him. Heron-Allen declared the amethyst “accursed and is stained with blood” and he had it secreted away in his bank vault within seven locked boxes.

Three years after his death in 1943, as he’d instructed, his daughter unlocked the amethyst and gave it to the museum. It was accompanied by a letter that cautioned against the lilac stone’s history of evil, reportedly reading: “Whoever shall then open it, shall first read out this warning, and then do as he pleases with the jewel. My advice to him or her is to cast it into the sea.”

The amethyst went on display in the Natural History Museum in 2007, set within a ring of silver with two scarab beetle beads decorating one end. Yet some believe the curse has yet to fade. Curator Richard Savin states in this Museum Secrets video from the History Channel that while transporting the amethyst from a symposium of Heron-Allen Society, “we drove through the most amazing storm we’d ever witnessed. Lightning was flashing on both sides of the car and my wife was shouting at me: throw that damn jewel away, you shouldn’t have brought it!” Anytime he’s attempted to attend a subsequent meeting he’s gotten violently ill. Of course, he notes, it could all be a coincidence.

Scandal, conspiracy, and cover-ups in the theft of the "Irish Crown Jewels" from Dublin Castle.
museums