The largest hot spring in the United States is, as the name suggests, a stunning show of natural color.
Place

A salty red wasteland in Tanzania is a breeding spot for endangered flamingos.
Place

Have you ever experienced that distinct feeling of rising terror when walking through the “girls’ aisle” at a toy store? Or wanted to cower in fear at the idea of being dressed head-to-toe in PINK by Victoria Secret? In a deeply sociologically-motivated study, we set out to determine whether those dusky visions of Hell flitting before our eyes have root in the natural world, or the manmade. After extensive research, the answer to that particular question remains unclear, though one thing is certain: out in the wild, there’s good cause to fear the color pink. Here are five reasons.

Lake Natron in Africa from above (via NASA)

Generally speaking, lakes are among Earth’s lovelier features. Yet Lake Natron at the border of Kenya and Tanzania is one of the most inhospitable places on Earth. The lake is a simmering hell-pit of all that could go wrong in a body of water.

Salt-loving cyanobacteria lend the lake a pinkish-orange hue while making the water itself nearly as basic as ammonia. If that weren’t enough, temperatures inside the lake hover at about 120 degrees Fahrenheit, making Lake Natron thoroughly non-potable in every way possible. On the aesthetic side of things, the blindingly monochromatic landscape is helped out by 2.5 million flamingos that call Lake Natron home for god-knows-what-reason, compounding the crucial pink element in a hyperbolic fashion. 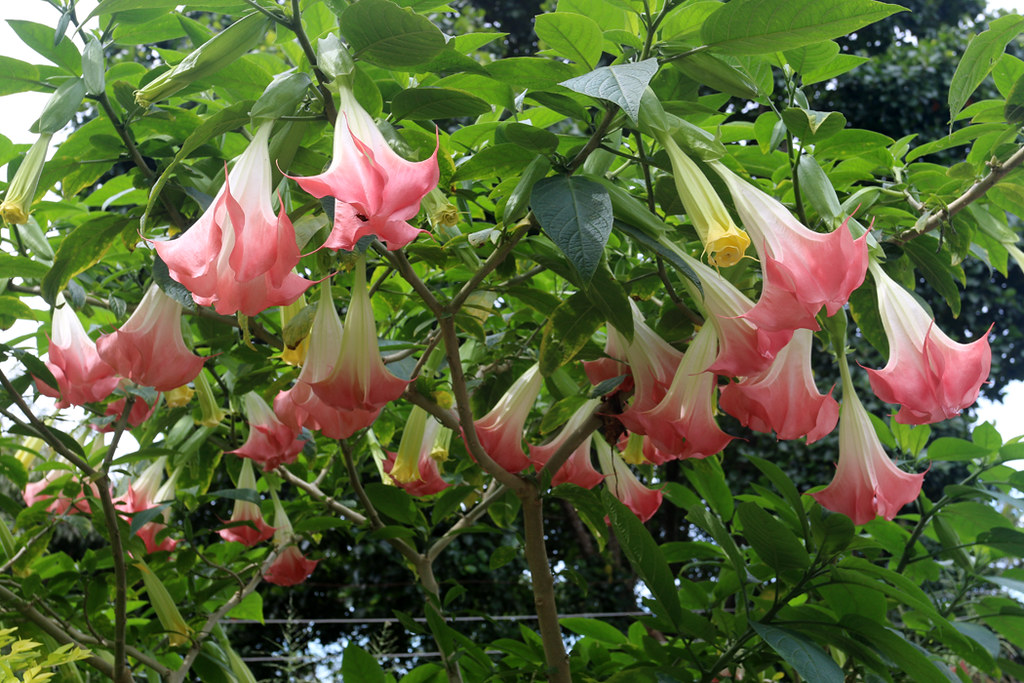 Sure, children go through a phase where they learn about new things by putting them in their mouth, but so do teenagers and hippies. Enter: brugmansia. The entirety of this exotic houseplant with pretty pink flowers is toxic, but its hallucinogenic punch hasn’t deterred generations from experimenting.

According to all accounts, tripping on it is like roulette: you either surivive with a mostly terrible experience  — like the guy who, according to Psychiatry and Clinical Neuroscience, amputated his penis and tongue after drinking a single cup of flower tea  — or you end up one of the hundreds of Floridians admitted to hospitals each year as a result of brugmansia-alkaloid poisoning. The family of plant exists worldwide and, for reasons that make sense given its extremely high toxcicity, has only been sparingly incorporated into indigenous practices. One of the more chilling in Bogogta involved dosing women and slaves with a mixture of brugmansia, beer, and tobacco then burying them alive alongside their masters. Long story short: nothing good comes of these flowers, even when they don’t kill you. Run away. 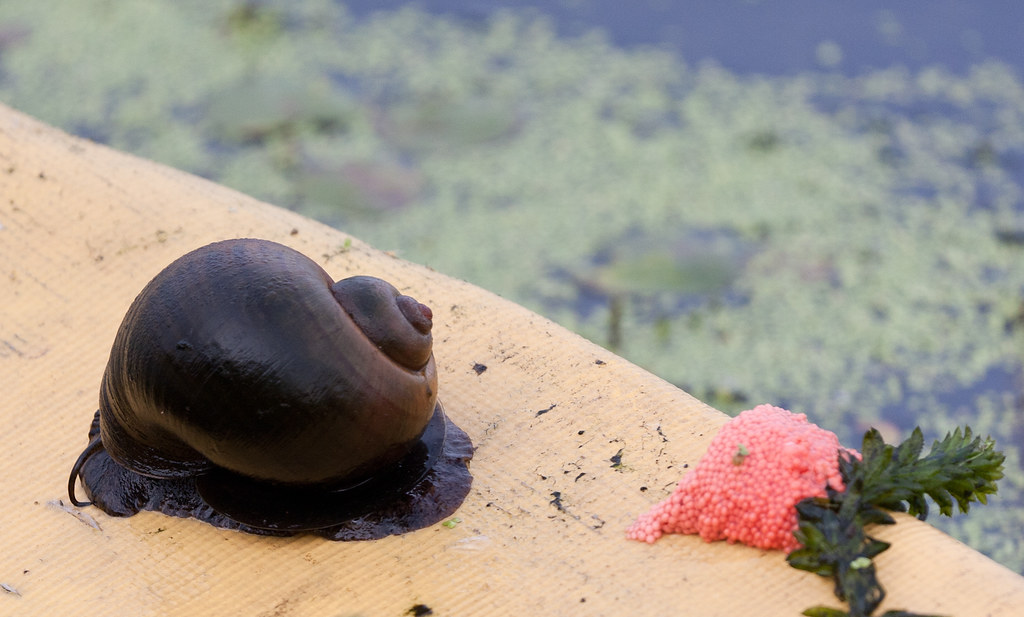 Are you a fire ant? Didn’t think so. Then do not tarry here; Neurotoxins a-go-go. (photograph by Matthew Paulson/Flickr)

Just think of the apple snail as a slimy version of the grim reaper, scattering bright pink eggs like hand grenades across the land. Each egg sack is laced with one of the most universally deadly neurotoxins of all, thanks to a molecular compound that mimics the immune system of other animals.

The only creature immune to the eggs’ poison is the fire ant. That’s it. Meanwhile, the embryonic snails contained therein convert the neurotoxic goo into the nutrients they need to hatch and prosper, meaning these snails are basically powered by death.

This mountain has a million ways to kill you, but none of them directly are a result of its renowned pinkness. We’re still fine with that, so it gets to stay on our list.

With a summit guarded on all sides by steep rock faces that demand the most difficult, technical climbing to ascend, Cerro Fitz Roy regularly makes the list of most dangerous mountains on Earth. The true source of peril for climbers lies in Patagonia’s legendarily unpredictable weather and supreme isolation. Everything about this mountain is extremely dangerous, and its famed pink alpenglow is merely the icing on the cake for your survival. But get caught staring at that rosy light and it will surely be the death of you!

Yellowstone National Park in Wyoming is a hotbed wonder, home to half of the world’s geothermal features. But all that geothermal splendor has a dark side, and the Lower Geyser Basin’s Fountain Paint Pots are the perfect place to find out what it would be like to drown in roiling Pepto Bismol.

While not quite as deadly as a supremely ill-advised swim in the park’s hot pots, walking anywhere near the mud’s crusty edges, which are prone to unexpectedly breaking underfoot, can leave you flailing in pink mineral mud, heated to scalding by the Earth’s core. All-over skin grafts from pink mud: that’s the kind of super painful, best-case-scenario story you’d be stuck telling forever.

Sincere tip of the hat to Maggie Ryan Sandford for her contributions to this list.

The McBarge: A Failed Floating McDonald's That Wants a Second Chance

The History of Hazardous Clothing, in Pictures

What not to wear.
poison

What a toxic Andean lake has to say about the dawn of life.
poison

Join us for a daily celebration of the world’s most wondrous, unexpected, even strange places.
poison