9 of the Strangest and Loveliest Dioramas You'll Ever See - Atlas Obscura
Want to see fewer ads? Become a Member. 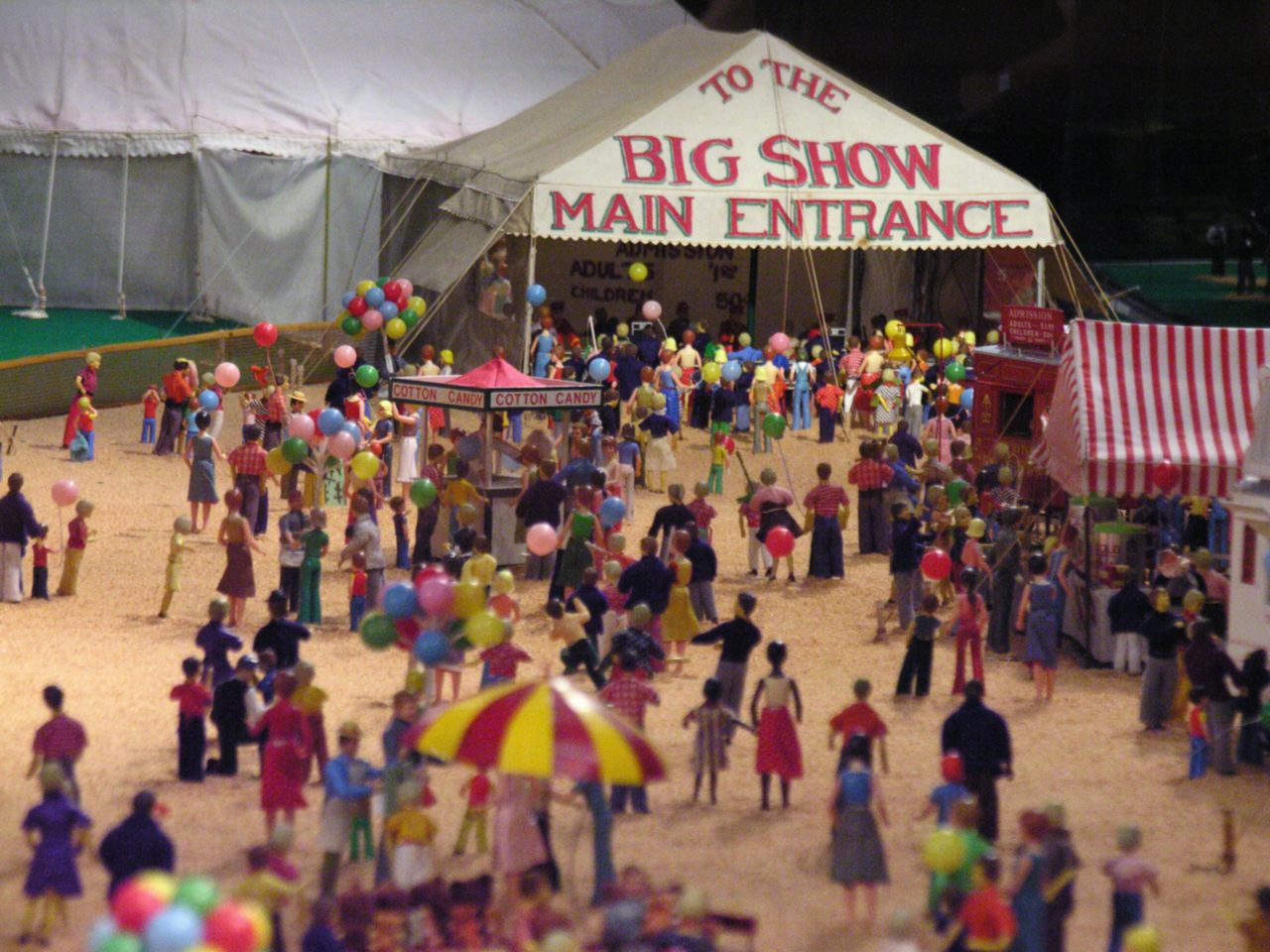 This workshop and small museum is dedicated to tiny, delicate figurines that began as a subversive craft after the French Revolution.
Place

While there are endless different kinds of dioramas, there is something that most all of them have in common: the strange beauty that comes from capturing our world in miniature, in exacting detail. Some of the most impressive examples of this craft are on display in museums around the globe, while others a bit more off the beaten path. From bizarre to beautiful, here are nine places to see these intricate three-dimensional snapshots of the world.

Since 1907, Harvard University has managed 3,000 acres of woodlands in western Massachusetts that serve as the field lab and research center for the university’s graduate forestry program. And in the midst of this forest is the Fisher Museum, home to a series of beautifully realistic dioramas that tell the history of the forestry itself.

This workshop and small museum is dedicated to santons, the tiny, delicately built figurines that originated as a subversive craft after the French Revolution.

In an attempt to cling on to their Catholicism under an anti-clerical leadership, many French people began to construct makeshift Nativity scenes out of papier-mâché and anything they could get their hands on. This figurine-making tradition turned into an enterprise, and the figurines became named “santons.” This form of craftsmanship has lived on in Aubagne, France.

Circus Dioramas at the Ringling Museum of Art

Circus magnate John Ringling and his wife Mabel used their fortune to build a beautiful Venetian mansion and art collection in Sarasota, Florida. Today on the lavish estate stands a museum all about the circus, which features the largest circus miniature in the world. The expansive yet detailed 3,800-square-foot Howard Bros. Circus diorama shows each and every part of the early 20th-century circus experience.

In just under an hour, a walking tour through the museum can take you from ancient chariot warfare in Egypt to the massive rolling tanks of World War II. Created with thousands of lead pieces each less than an inch high, the museum chronologically documents the most important battles from vastly different parts of world history.

The delightful Froggyland museum in Croatia is wonderfully strange collection of 500 stuffed frogs doing human activities like going to school or playing tennis.

The collection of anthropomorphic amphibians is arranged in 21 cases and shows a variety of scenes. These dioramas were the life’s work of 20th century Hungarian taxidermist Ferenc Mere, who devoted 10 years to stuffing and meticulously arranging the frogs. Mere’s project may sound eccentric, but his work is truly remarkable.

In a small room in the recently restored Old Exhibit building at the Hoover Dam is a huge topographical map model of a number of southwestern states, showing all of the places that the Hoover Dam has benefited.

Major cities, geological spots, and various dams and reservoirs along the Colorado River are meticulously labeled, and places like the Grand Canyon and the Valley of Fire are lovingly depicted in the diorama.

A series of dioramas and animatronics at this museum leads you through the story of Bhagavad-gita, the Indian literary classic that remains sacred to over six million people.

The Bhagavad-gita Museum, working as part of the larger Hare Krishna community facility in Culver City, California, is meant to educate, inspire, and give visitors a better understanding of the 700-verse spiritual text.

In the main room of the small North End branch of the Boston Public Library, you’ll find an exact replica of the Venetian Doge’s Palace

This unexpected treasure was the life’s work of Miss Henrietta Macy, a Boston school teacher who later moved to Venice and fell in love with the architecture of the palace. This lovely oddity tucked away in the library is the result of her obsession.

The Empress is the most famous hotel in Victoria, maybe in all of British Columbia. It has a long and storied history, full of everything a grand hotel needs—elegance, high tea, a touch of royalty, and a healthy dose of scandal. But there are other reasons to come to the Empress, ones that no other hotel has, such as Miniature World, its collection of more than 85 exquisitely detailed miniature dioramas.

The majesty of nature, scaled down.
dioramas

Podcast: Atlas Obscura Presents How To!

Setting up a roadside attraction with How To! host Amanda Ripley.
miniatures

11:15
Want to see fewer ads? Become a Member.
From Around the Web
Thanks for sharing!