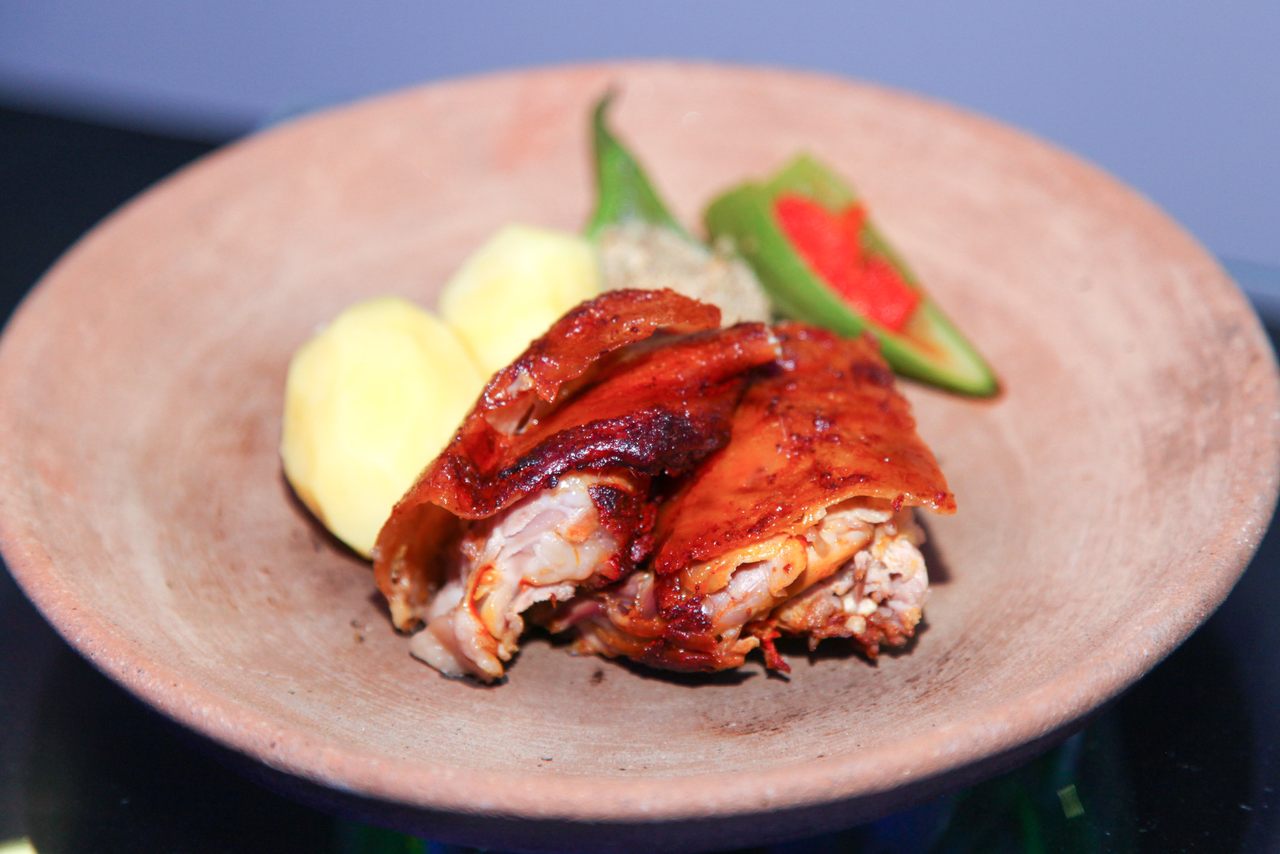 Guinea pig is making its way onto restaurant menus in larger Andean cities and beyond. Ministerio de Turismo Ecuador/CC BY-SA 2.0
In This Story
Destination Guide

This work first appeared on Sapiens under a CC BY-ND 4.0 license. Read the original here.

“Do you eat guinea pig?” I asked Leonardo. We were perusing the menu in a restaurant in Lima, and I wanted to know what my Peruvian friend thought of the practice of eating cuy (the Spanish term for guinea pig used in parts of the Andes mountains).

“The guinea pig is not a pig!” he replied, shaking his head in disgust. “It’s a rat! Would you eat a rat?”

I took that as a no. But Leonardo later conceded, “Some people love it, others don’t.”

His ambivalence reflects the changing attitudes about the guinea pig among Peruvians, especially the majority who identify, like Leonardo does, as mestizo, or a person of mixed European and Indigenous ancestry.

At one time, only Indigenous communities in the Andes ate cuy. Writing in the 1990s, the sociologist Edmundo Morales pointed out in a study of guinea pig consumption that city dwellers—particularly “class- and ethnicity-conscious urban mestizos and Whites”—would try to avoid practices like eating guinea pig that put them into “direct contact with the rustic and illiterate peasants.” I wondered if some of Leonardo’s hesitancy reflected an enduring prejudice against Indigenous Andeans and their ways of life.

By calling the guinea pig a rat, Leonardo was not only making a taxonomically accurate statement, he was expressing a disdain toward eating rat that he expected would be shared by foreign travelers like me. (For the record, guinea pigs belong to the genus Cavia, which falls under the order Rodentia.)

But Leonardo’s assumptions don’t quite align with culinary trends. While some tourists and travel bloggers might be put off by indulging in rodents, others would be excited by the prospect of trying something “exotic.” Eating cuy can earn a person “bizarre foods bragging rights,” as one news article put it.

More significantly, beyond serving as a tourist attraction, cuy has been elevated in recent years from “peasant” food into haute cuisine. Today the practice has been increasingly accepted—and even celebrated—by urbanites who see it as part of their culinary heritage. Leonardo’s concession of “some people” liking it speaks to these changing attitudes.

So, what’s behind these shifting tastes—and what are the consequences for both guinea pigs and humans?

I first encountered cuyes back in Ecuador in 2015 on a hiking trip, when I had the opportunity to visit an Indigenous Kichwa village. To my surprise, most of the houses had lots of guinea pigs inside, forming what appeared to be furry, moving carpets. Later I learned that guinea pigs have been a traditional part of Andean households since precolonial times. They have been valued not only as a rich source of protein but as a ceremonial food and traditional medicine. The animal’s fecundity and adaptability to high altitudes have likely contributed to their appeal and adoption in this part of the world.

For me, as an anthropologist, witnessing the physical intimacy between humans and guinea pigs in the Andes was a fascinating reminder that the boundaries between humans and nonhumans, and inside and outside, remain culturally contingent. Cuyes were food for villagers, but they were also household companions. The idea of a “pet” did not exist in these households, in the same way that back in my home country of the Philippines, people’s relationships with local dogs have not always corresponded to Westernized notions of dog ownership.

But these relations are subject to change. As I experienced firsthand on my visit to Peru, guinea pig is now a highlight of the tasting menus of Maido and Central, recognized as some of the best restaurants not only in Lima but in the world. The fact that cuy is increasingly being served and eaten in Lima and other cities—and no longer just in highland Andean communities—speaks of the reemergence of an Indigenous presence in the country’s culinary landscape.

The practice of eating cuy has been increasingly accepted—and even celebrated—by urbanites who see it as part of their culinary heritage.

The anthropologist Raúl Matta sees the recent elevation of Indigenous ingredients as a form of “culinary gentrification.” Simply put, as eating “local” becomes more fashionable around the world, wealthier elites have been rediscovering time-honored Indigenous foods and beverages. However, the consequences of this phenomenon have not always been positive.

As more and more Andean farmers look to cuy raising as a way to augment their incomes, and the practice becomes more industrialized, the animal’s place as a household companion worthy of affection and humane treatment also seems to be changing. As the Peruvian anthropologist María Elena García has pointed out, behind Peru’s “gastronomic revolution” and its promises of inclusivity and diversity is a “dark side.”

The demand for cuy has hastened the use of new technologies and large-scale cultivation practices that didn’t exist until recently. These often rely on the violent exploitation of the bodies of Indigenous workers and nonhuman animals. García describes commercial breeder farms “where female guinea pigs are continuously impregnated until they are slaughtered,” and she recounts how seeing these conditions up close during a visit to a farm north of Lima left her grieving.

According to García, alongside the rise of the commercial value of cuyes as a food comes the devaluing of individual animals’ lives. And what effects does this industrialized food system have on the farmers themselves—in Peru and elsewhere—whose changing relationships with their animal companions are borne of economic pressure?

Guinea pig is now finding its way through food supply chains to home kitchens and restaurants around the world, further increasing its economic value and intensifying its industrialization. The eating of guinea pig remains controversial, however. U.S. authorities, for instance, have been reluctant to allow the importation of guinea pigs for consumption, though they have permitted it in some cases.

Advocates for allowing the practice point out that cultural definitions and meanings of “food” and “non-food” vary from place to place. For example, some migrants from the Ecuadorian highlands who now live in the U.S. consume cuy, reaffirming a sense of cultural identity and belonging to their native land.

While the international demand for guinea pig is mostly driven by migrants from Andean countries who want a taste of home, there are other reasons why some people champion eating guinea pig. For instance, some proponents suggest that guinea pig consumption has less of an environmental impact than the beef and pork industries. That argument may convince more people to eat rodents, since lowering one’s carbon footprint increasingly figures into consumers’ decisions about what to eat.

Regardless of whether one would consider eating guinea pig, these creatures provide food for thought for how humans and other animals continue to be entangled in fascinating, fraught, and ever-changing ways.

Before cows and chickens, cuscuses may have been the original livestock.
animals

The Italian Farmer Returning Chickens to the Wild

His chestnut forest is home to thousands of hens.
islands

An eccentric heiress, a daring mission, and the fight for North America’s most unusual pig.
food