Tracking Down the Long-Lost Orchards of the California Gold Rush - Gastro Obscura
Want to see fewer ads? Become a Member. 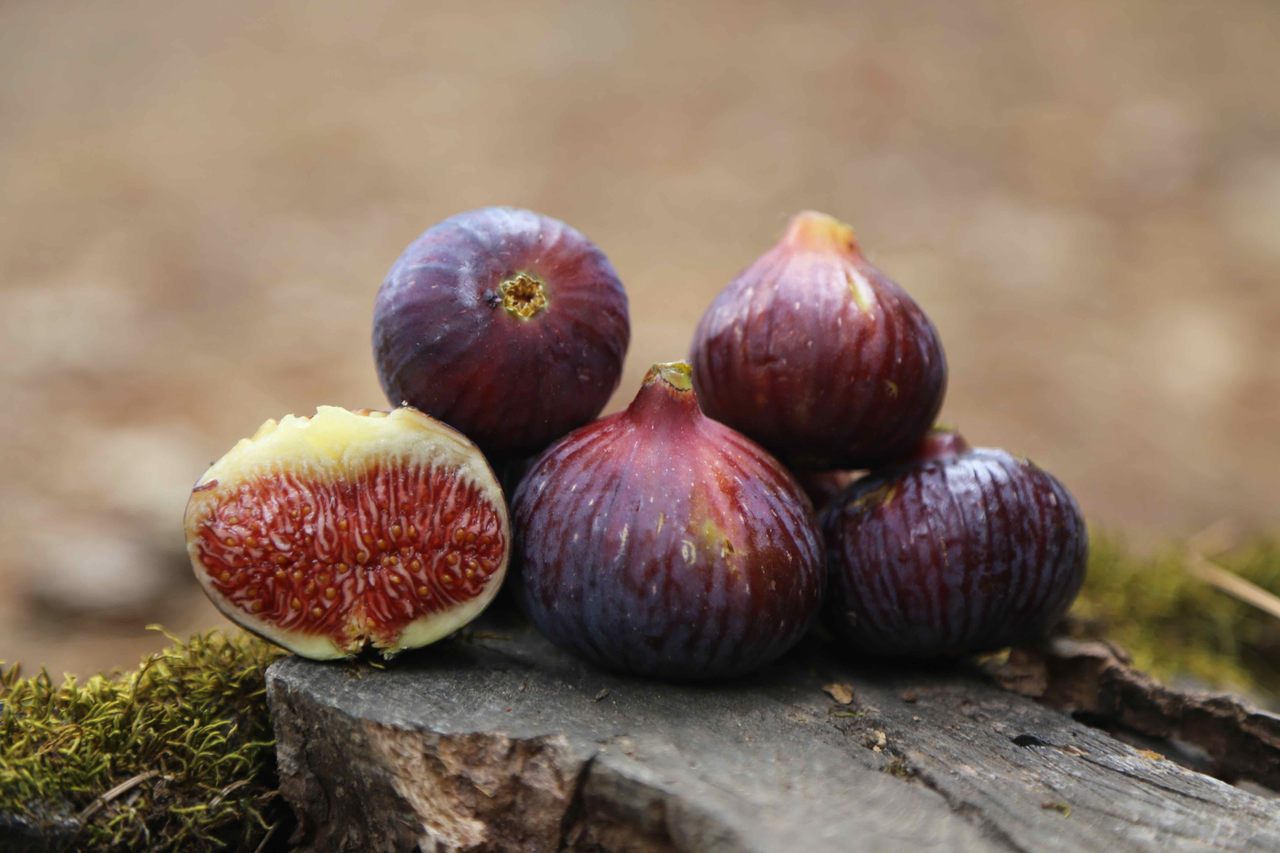 Amigo Bob Cantisano, instantly recognizable with his waist-length dreadlocks and handlebar mustache, can often be found searching for treasure in the California mountains. But he’s not looking for the gold which drew droves of miners to the area in the mid-1800s. Instead, Cantisano hunts for what those early migrants left behind—a trove of long-lost crops, from grapes to chestnuts and everything in between.

This journey has taken him across the region’s abandoned homesteads, where he’s found trees and vines that have grown for generations, producing fruit all the while. “These are old, and they’re delectable,” says Cantisano. When news of California’s gold swept the world in 1848, fortune-seekers flocked to the future state’s Sierra Nevada mountain range. Following them were horticulturalists, who would soon import fruit trees and produce seeds from around the world to sustain the new boomtowns. Yet even after the gold was gone, a curated cache of crops has withstood generations of blazing heat and drought in the crannies of the mountains.

Not only are these hardy cultivars tastier and often more nutritious than their later grocery-store counterparts, their resilience may contain an arsenal of valuable genes in the battle against the changing climate. “Looking into the future, I’ve got a huge range of challenges,” says Thomas Gradziel, a plant geneticist and breeder at the University of California, Davis. Gradziel is currently searching for peach and almond varieties that can withstand the increasing stresses of heat, drought, and disease, all while meeting market demands for taste, nutrition, and shelf life.

But the development of commercial agriculture in the 20th century means that only a few varieties of fruits and nuts are widely grown, leaving horticulturalists with a limited gene pool to work with. People such as Cantisano, who work to rediscover old heirlooms, provide Gradziel with a bigger “toolbox” of genetic talent, he says.

Cantisano has sported the nickname “Amigo” since high school, and he’s been a farmer for nearly as long. And while he’s undeniably a friend to California’s horticulturists, he’s also one of the trailblazers of the state’s organic farming movement. He’s glad that horticulturists can use his finds. “What’s essential to the future is to learn from the past,” he says.

But he never set out to expand the agricultural gene pool. His search for Gold Rush-era crops began serendipitously in 1970. “A group of friends and I were out driving around on dirt roads in the Sierra,” he says. “We came up atop of this knoll and here, completely unlike the forest, was an orchard.” The abandoned orchard had a dazzling collection of over 130 different fruit trees. “It was kind of ours for the taking,” says Cantisano. “There wasn’t anybody close by, so we just decided to go back in the fall each year to harvest it.”

Cantisano began looking around other abandoned farmsteads near his home in Nevada City. The town, founded during the Gold Rush, turned out to be surrounded by them. “The more I looked, the more I found,” he says.

One day, around a decade after happening upon his first vintage orchard, an acquaintance told him about an old nursery nearby that had existed since the 19th century. After befriending the property owners, Cantisano discovered an on-site plaque in honor of the horticulturist Felix Gillet. Spending years of research on the mysterious Gillet, Cantisano slowly began to piece together the biography of one of California’s most prolific nurserymen.

Gillet, originally from France, made several trans-Atlantic voyages before landing in Nevada City in 1859. “He had a barbershop for around 10 years, and during that time, he somehow got the bug to get into the nursery business,” says Cantisano. Simultaneously, a “plant mania” was gripping California, with horticulturalists competing with each other to offer the most diverse selection of crops. According to Cantisano, “Felix wanted to be known as the guy with the biggest selection of nursery stock in California.”

Based on decades of plant catalogues left at Gillet’s old home, Cantisano estimates that the nurseryman imported over a thousand different varieties of fruits, nuts, and ornamental plants from over 30 different countries. “He’d have 30 varieties of walnuts for sale,” says Cantisano, who also counted 241 varieties of grapes. Many of Gillet’s imports went on to become the precursors of wildly successful crop varieties. His Napoleon bigarreau cherry became one of the parents of the Bing cherry, and his Kishmish grapes led to the development of the Thompson seedless grape.

Remnants of Gillet’s venerable selection of heirlooms are still scattered around California today, which is why Cantisano formed the Felix Gillet Institute to rediscover, propagate, and disseminate the unique cultivars brought from afar to feed the growing population of the Golden State.

“Some of what we find might not be the biggest, but they’re the tastiest,” says Cantisano. One of his favorite fruits, the blushing, rose-kissed yellow Napoleon bigarreau cherry, is similar to the Rainier variety, but a bit smaller. Cantisano adds that it’s “better than any other ones we’ve tasted, and it’s also bird-resistant.”

After finding an old tree, Cantisano and his small team at the Felix Gillet Institute bring home samples of the fruit for identification. Cantisano’s wife, Jenifer Bliss, then takes notes on the fruit’s properties and painstakingly tries to match it with a known variety from Gillet’s catalogs or other historical resources. Bliss recalls the discovery of an elusive Calville Blanc tree, which grows yellowy, bulbous cooking apples. After keeping an eye out for the rare heirloom for years, the team finally uncovered a single tree growing in the shadows of the Sierra Buttes. “I did a little happy dance when I figured that one out!” she says.

But the Felix Gillet team still has their work cut out for them. So far, they’ve created a database of over 3,000 plant varieties and have only identified around 10 percent of them. “It can be overwhelming,” Bliss says.

While some of the plants they’ve discovered grow in orchards and old garden beds, occasionally the Institute uncovers a wildcard. “Sometimes, we find trees that are in strange places, like a creek bed, and you can just imagine somebody was sitting there eating something and then threw the core out,” says Bliss. Trees that grow from seeds are genetically distinct from their parent, so they’re one-of-a-kind.

Cantisano and his team take the liberty to name these “wildling” trees. The Vanilla Ice Cream apple, for instance, has soft, rosy-red streaks and a sweet, creamy vanilla taste. When the team discovers cultivars with promising traits—like impressive shelf-life or resistance to pests—they occasionally send cuttings to the USDA plant repository, so breeders and geneticists such as Gradziel can draw upon its genetic material. The lime-green and scarlet Annie Elizabeth apple, for example, has such a high vitamin C concentration that slices can sit for days before turning brown. The tree has also proven completely resistant to pesky codling moths.

But there’s no need to search the mountains for your own Vanilla Ice Cream and Annie Elizabeth trees. The Institute sells particularly palatable varieties in their own nursery. This fall, the Institute stocked around 90 different varieties of figs, pears, persimmons, pomegranates, plums, cherries, mulberries, walnuts, apples, grapes, cranberries and almonds, as well as flowers such as roses, lilacs, and myrtle. They’re excited to showcase new additions to the nursery, such as the potato pear—which looks like its namesake, but has an assertively fruity taste—and Leland’s green plum, an especially sweet Japanese variety of mysterious origin, found growing in nearby Camptonville.

“He left us a treasure,” says Cantisano about Gillet. “The Gold Rush came and went, and yet the orchards are here. The green gold is still here.”

From its name, to its hazy origins, to its drug interactions, there's a lot going on beneath that thick rind.
museums

Restoring the grounds and its rare, heirloom crops recreated what was effectively the country's first seed bank.
art

One collection of fake produce is a reminder of both ingenuity and loss.
Video • Wonder From Home

A watering hole where the options for seating include a bar, patio, or subterranean cave.
Condom, France