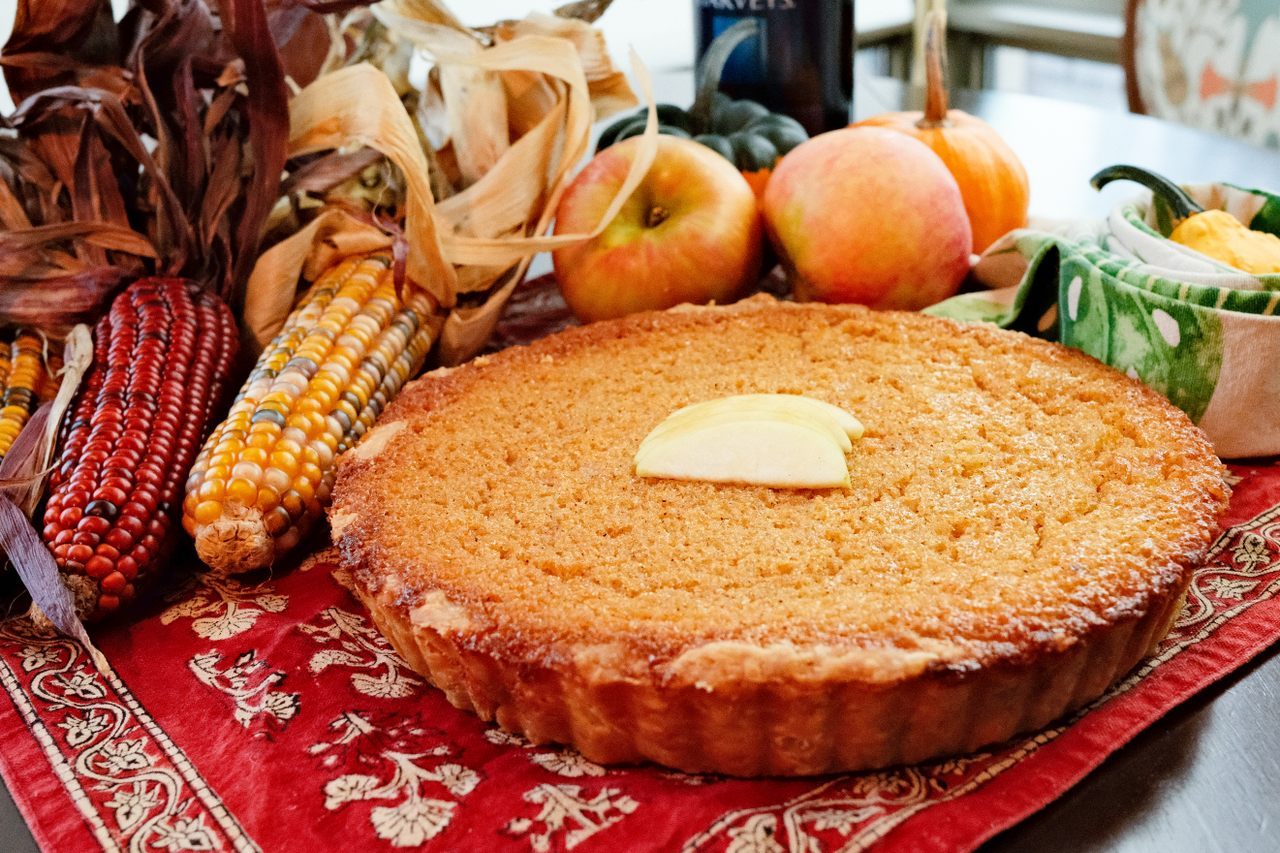 Marlborough pie has largely disappeared since its heyday in 19th-century New England. Rohini Chaki for Gastro Obscura
In This Story
Destination Guide

This article is adapted from the March 12, 2022, edition of Gastro Obscura’s Favorite Things newsletter. You can sign up here.

This week, I summoned the spirit of spring by making Shaker lemon pie, one of the sunniest sweets I know. It doesn’t sound like much: a simple combination of sugar, lemons, egg, and pastry crust. But this sweet-and-sour treat is an absolute delight, and I’m bummed that more people don’t know about it.

So I’ve become something of a Shaker pie hype-woman. Its obscurity isn’t due to a lack of deliciousness. It’s largely due to the fact that the Shaker community—a religious community that came to North America in 1774—has dwindled, leaving few to carry on the tradition.

Plenty of pies have suffered the same fate, falling from favor not because they’re bad, but because their creators have disappeared, their ingredients have become less accessible, or their recipes are too labor-intensive.

Since today is Pi Day (3/14), it’s the perfect time to try an old-school pie. From the creamy sweetness of white potato pie to the deceptive deliciousness of an “apple pie” with no apples, here are five forgotten pies and how to make them.

Shaker cooks wasted nothing in the kitchen, and carried out recipes with the utmost precision and patience.

With Shaker lemon pie, every part of the lemons (except the seeds) gets used, sliced paper-thin and macerated with sugar for days until they become gooey, lip-puckering candy. Combined with eggs and baked in a flaky crust, the result is the simple perfection that’s become a hallmark of Shaker handiwork.

As the Shaker community has dwindled, their recipes, too, have unfortunately disappeared from tables. Keep the spirit of the Shakers alive with this recipe for lemon pie from the Shaker Historical Village in Pleasant Hill, Kentucky.

Many people are familiar with sweet potato pie, but few have enjoyed its pale, creamy counterpart. Made with mashed potatoes, eggs, butter, condensed milk, and a hint of nutmeg, white potato pie never quite took off beyond its 19th-century heyday.

A frugal choice during winters when other produce was scarce, the pie became a smooth, velvety favorite in Maryland. As advances in agriculture and preservation techniques increased pie-filling options during the colder months, white potato pie fell into obscurity.

Though it can still be found sometimes in Maryland bakeries (often under the alias Eastern Shore Pie), you can try it for yourself using this recipe.

When most people think of Floridian desserts, they think of key lime pie. But the Sunshine State has another tart, citrusy treat that’s equally delightful.

This recipe relies on the sour orange, a distinctly bitter citrus that grows wild across Florida. Despite the fact that sour orange pie is quite similar to its key-lime cousin—it also features a citrus custard in a graham-cracker crust—it’s never quite caught on.

Some say key lime won out as the signature state pie thanks to savvy marketing; others think the sour orange is too, well, sour. But fans of tangy sweetness should enjoy this lesser-known gem. Give it a go with this recipe.

This American recipe doesn’t get enough credit for the magic trick it performs. The big reveal: That gooey, cinnamon-tinged blend inside the crust that smells and tastes just like apple pie filling? It’s actually crumbled crackers covered in lemon, spices, and sugar syrup.

Though the roots of this cracker-based pie date to the mid-1800s, its popularity exploded in the 1930s, thanks to the Great Depression and the debut of the Ritz cracker. The Nabisco company distributed the recipe as part of promotional efforts surrounding its new buttery product.

Their efforts worked: Ritz has become synonymous with mock apple pie. These days, apples are more readily accessible across the country, meaning the imposter pie’s appeal has declined in recent years. But some bakers still swear by it. Try this recipe and see for yourself.

In 19th-century New England, no Thanksgiving spread was complete without Marlborough pie. The apple custard filling, flavored with citrus, nutmeg, and sherry, made for a perfect autumnal treat.

The pie originated as a delicious method to use apples nearing spoilage. But as simpler options took its place on the holiday table, Marlborough pie disappeared.

Today, it mostly lives on in historical villages that make the treat for educational purposes. But the sweet-and-spiced dessert is so much more than a teaching tool; try this recipe to experience it yourself.

The infamous ‘Don’t Ask Cake’ is better than it sounds.
death