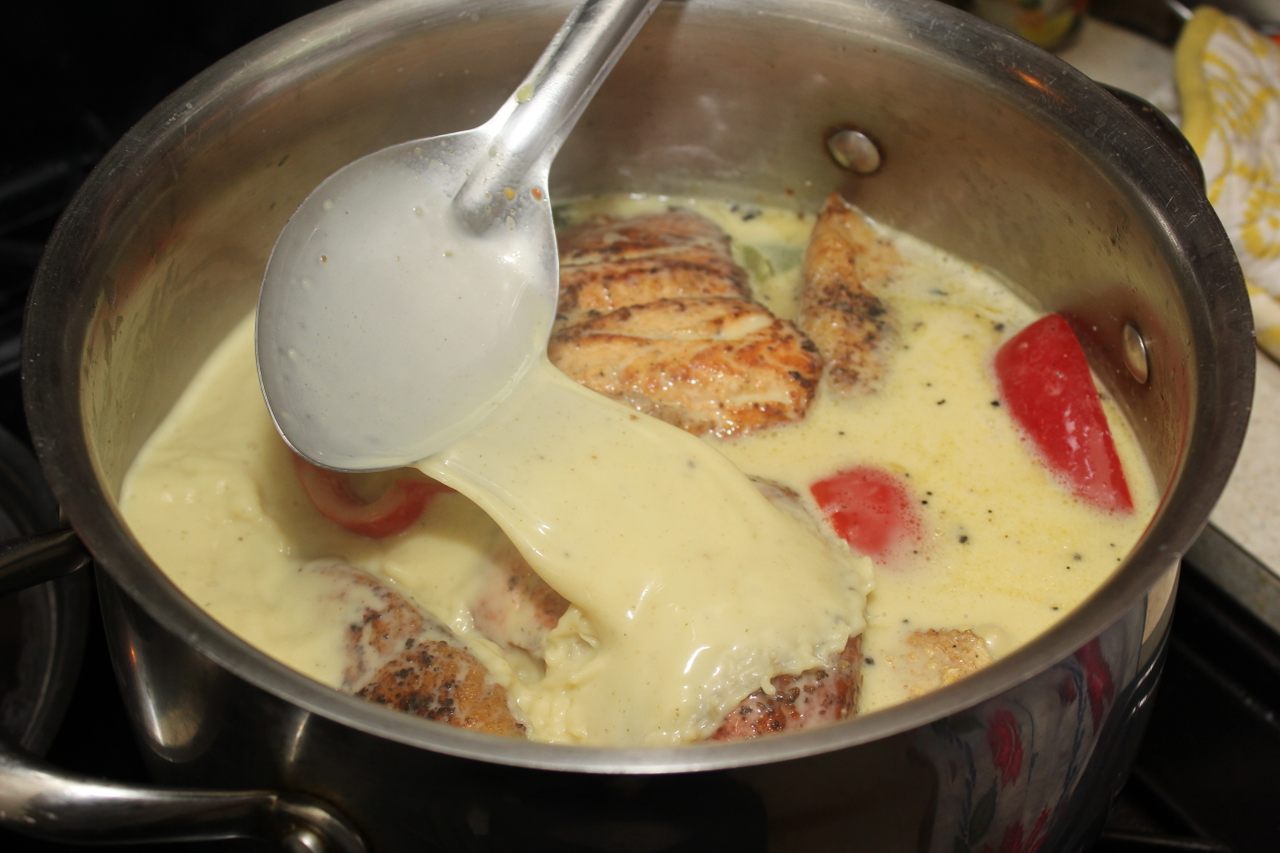 Milton Güity traveled to San Juan Tela to take photographs for the upcoming cookbook. Courtesy of Milton Güity
In This Story
Destination Guide

When Isha Gutierrez-Sumner cooks, she’s often swept away by memories of her grandmother, who taught her how to prepare cassava—a tuberous root packed with cyanide. She remembers how her grandmother peeled its brown skin and grated the white flesh. Then, the two of them packed the shredded cassava into a long, snake-like woven tube made from palm fronds, called a ruguma, to hang from the roof. As the sun dried the cassava, the compact tube squeezed out toxins. The next morning, they milled the dried cassava into a fine powder to make bread to sell in San Juan Tela, a village on the northern coast of Honduras.

Gutierrez-Sumner is Honduran, but she’s also Garifuna, a member of a persecuted Afro-Indigenous culture spread out across Central America. These people, collectively known as the Garinagu, face increasing threats at home and abroad. Gutierrez-Sumner, from her current home in New York, hopes to amplify the Garifuna struggle and protect their cultural legacy by collecting Garifuna recipes in a cookbook. The result, when it is published in early 2022, will be the first Garifuna cookbook in history.

Although Gutierrez-Sumner immigrated to the U.S. in 1985, the memories of her village and people have followed her. She’s actively kept her connection to home alive through activism in the Garifuna community in New York City. Last year, Gutierrez-Sumner led efforts to collect Garifuna responses to the 2020 census. She also runs Weiga, a Garifuna catering company that’s contracted by the city government for outreach events such as Garifuna town halls.

One of her signature dishes is coconut rice and beans, stir-fried in garlic-infused coconut oil and finished in coconut milk. Gutierrez-Sumner says coconut is the heart of Garifuna cuisine. Other staples include fish, red meat, plantains, beans, green peppers, red onions, breadfruit, pumpkin, cassava, and lime—a melange that she calls “coastal food.”

The Garinagu are coastal people, originally from the island of Saint Vincent and the Grenadines in the Caribbean. When the British took control of the island in 1797, they exiled the Garinagu, who migrated to the northern Honduran coast and beyond. Sarah England, associate professor of anthropology at Soka University, says that a century later, American corporations like the United Fruit Company (now Chiquita Brands International) started recruiting the Garinagu as cheap labor. England says the first Garinagu in New Orleans arrived on cargo ships carrying thousands of banana bunches to the U.S., while those that first arrived on the shores of New York City were likely merchant marines. Today, New York City reportedly boasts the largest population of Garinagu in the United States, numbering in the tens of thousands.

By recording traditional dishes, Gutierrez-Sumner hopes to popularize and preserve Garifuna food and culture for the diaspora at large. “The work that we’re doing is not just for the present time,” she explains. “We do it for our babies so when they hear stories about their grandmothers making coconut bread, they don’t just hear it, but taste it. We want to give continuity to our culture through taste.”

Garifuna recipes have been recorded before: online, curated on Pinterest, and covered by publications like the New York Times. They’re also collected in different Central American cookbooks, usually under regional or national cuisines like Guatemalan or Belizean, but Gutierrez-Sumner says the U.S. market lacks a traditional, physical Garifuna cookbook.

These days, preserving Garifuna culture is an uphill battle. In Honduras, the Garinagu are in a fight for survival. For more than 200 years, they have lived on the country’s northern coast. Audrey Flores, director of the Garifuna Cultural Center, says close to 40 Garifuna communities live there today. With its white-sand beaches, crystal-clear waters, and oil palm trees, their land is a potential goldmine. Over the last 20 years, government officials, drug traffickers, and palm oil industrialists have pushed to exploit the area for tourism, agribusiness, and energy projects. In defending their ancestral homes, the Garinagu are often subject to land theft, kidnappings, and murder.

In addition, there is an ongoing “westernization of Garifuna culture,” especially amongst young Garinagu in the U.S., says Gutierrez-Sumner. Two of her cookbook collaborators came on board to the cookbook project to reconnect to their roots. Milton Güity, 34, and Wes Güity, 38, grew up in New Orleans with a father who pushed them to learn their culture and language. He gave them language lessons on Saturdays and taped vocabulary labels over different food and objects in the kitchen—but it didn’t take.

“One of the biggest regrets of my life is that I wanted to assimilate into the culture that I have here,” says Wes. Milton agrees. “We were very much trying to be American, and not necessarily Garifuna-American,” he says.

As adults, the brothers sought to rediscover their roots through language, music, and dance, but food remained on the back-burner until 2010, when they met Gutierrez-Sumner. Three years later, she asked them to help in her quest to document authentic Garifuna food.

In August 2013, Gutierrez-Sumner, her sister Gilma Martinez, and Milton traveled back to San Juan Tela to learn how to cook traditional Garifuna cuisine. Milton Güity served as the project’s photographer, while Wes Güity joined the crew as the food and set designer on a second trip in August 2016. Both trips lasted nine to 10 days, with the goal of recording authentic Garifuna culinary techniques to replicate it in American kitchens.

Garifuna cuisine in San Juan Tela has, for the most part, remained extremely traditional. Food preparation is communal, with early-morning starts and cooking over an open flame that swells and ebbs with the wind. Kitchens are makeshift, sometimes as simple as a setup in the corner of the land or in traditional huts made from bamboo shoots and roofs made from palm trees.

Once back in the U.S., cooking the recipes on modern gas or electric stoves, with ingredients that weren’t as fresh, proved difficult. Most Garinagu in San Juan Tela cook with clay ovens on open, wood-burning flames that give the food its signature aroma. Gutierrez-Sumner found herself relying more on canned and preserved ingredients rather than trying to find foods with the same fresh-from-the tree freshness as back in Honduras.

Despite a strong Garinagu presence in New York, Gutierrez-Sumner wants to see more widespread attention paid to her culture and food. While her cookbook is mainly intended for Garifuna families in New York and beyond, Gutierrez-Sumner says no culture can thrive without active participation from outside the community. “If we want to tell our stories, we can’t seclude ourselves as a group of people,” she says.“Our food needs to be at the forefront of what society includes in their menu for their dinner.”

With the steady rise of Garifuna staples such as coconut oil and cassava in the American food industry, Gutierrez-Sumner feels that now is the ideal time to popularize Garifuna cooking to a mainstream national audience. However, she’s spent years courting publishers who believe the subject—traditional Garifuna food—won’t have wide appeal to the cookbook-purchasing public at large. Unfortunately, this is a common refrain heard by POC cookbook writers. So Gutierrez-Sumner has decided to take matters into her own hands and self-publish her cookbook, Weiga, Let’s Eat, early next year.

Ideally, the book will feature 35 to 40 recipes in all, including one for hudutu, a coconut-fish soup served with a side of mashed green and yellow plantains. The soup is made with a coconut milk base seasoned with chicken bouillon, adobo, black pepper, and cumin, and seasoned with green peppers, basil, garlic, and culantro. While the soup simmers, the fish is lightly browned on both sides in coconut oil before it goes into the soup.

Despite a lack of feedback from traditional publishers, Wes Güity has faith that Gutierrez-Sumner’s book will prove a success, especially amongst those in the community seeking to remember their roots. The best fish he ever had, he says, was cooked for him by his grandmother in Honduras when he visited as a child. He still remembers the taste of the sea salt and the creaminess of the coconut.

Gutierrez-Sumner knows what that’s like. “Food transports you. Even though you’re far away from home, the memory comes back vivid and intact,” she says. More than anything else, she hopes her cookbook will preserve those memories for generations to come, in honor of her people in New York, her childhood in Honduras, and the women in her life who taught her how to cook.

A look back at some special recipe collections and the communities that produced them.
restaurants

A new book catalogs 105 floral ingredients for everything from pasta to pies.
List

For a buck, students can snag freshly picked apples grown in the university orchards.
Want to see fewer ads? Become a Member.
From Around the Web
Atlas Obscura Trips
New Orleans: Roots of a Creole Kitchen
View This Trip
Thanks for sharing!