Meet the Man Who Walks Across Entire Countries in a Straight Line - Atlas Obscura
Want to see fewer ads? Become a Member. 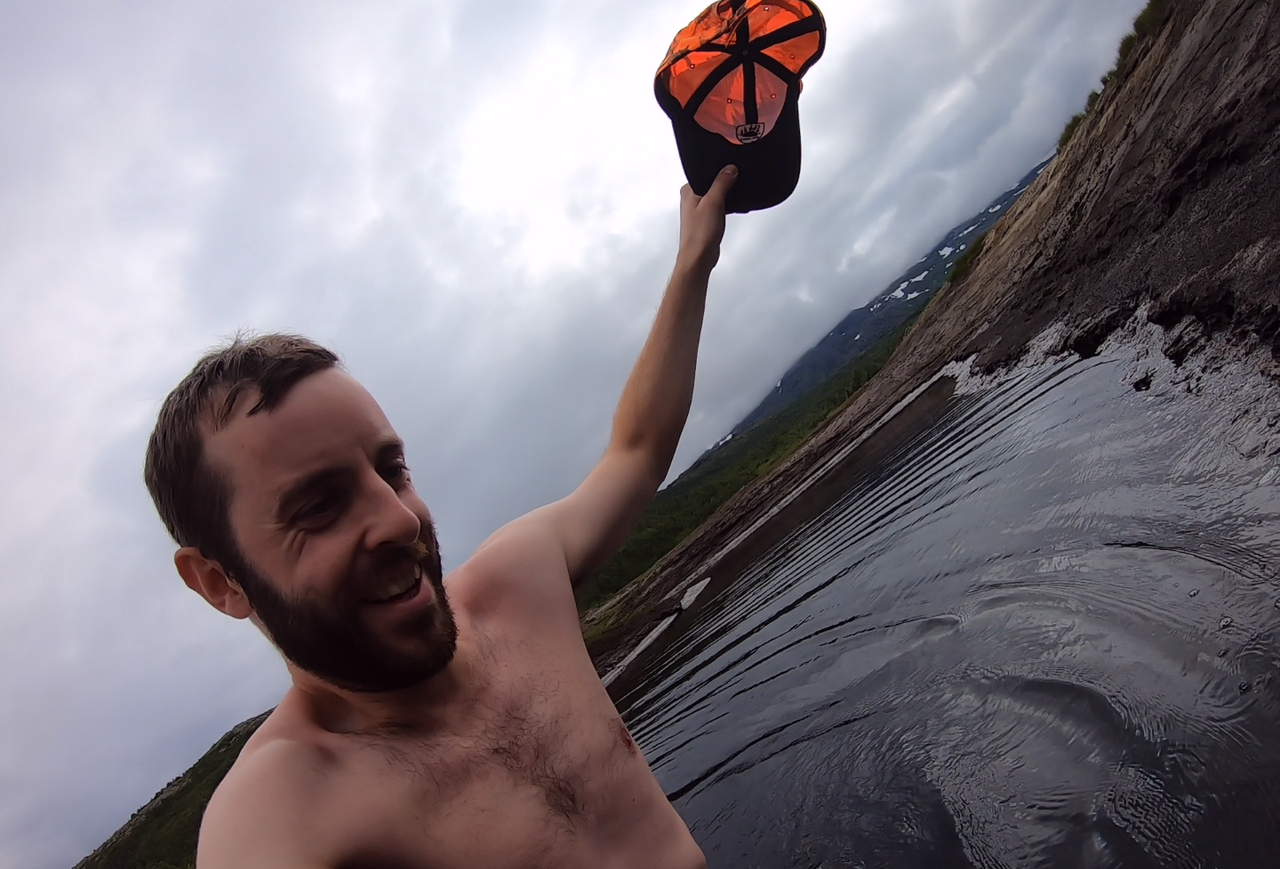 Tom Davies knows a thing or two about staying the course. The 29-year-old British adventurer, also known as GeoWizard, first gained a following through YouTube videos that showcased his skill playing the popular web-based game GeoGuessr. His channel, which he describes as “home of the mischievous adventure,” has 74 million views and counting.

Davies is perhaps now best known for his “Mission Across” series, which chronicles his adventures trying to cross entire countries in a straight line. He chooses a route, uploads it to a handheld GPS, and sets off. The mission’s success is determined by the accuracy with which he follows that linear route; he even has a grading system. A mission in which there is no deviation of more than 25 meters (about 80 feet) is defined as a platinum run. Less than 50 meters (a little more than 160 feet)? It’s a gold run.

His two attempts to cross Wales were unsuccessful, but Davies recently scored a platinum run across Norway, no small achievement given the country’s abundance of mountains and fjords.

Davies has encountered everything from barbed-wire fences and hostile farmers to brittle cliffs and gorges. Among his most harrowing moments: getting stuck in a peat bog, slowly sinking as he struggled to move. His next project promises ample adventure. With his best friend Greg, a veteran of the second “Mission Across Wales” attempt, Davies is planning a straight shot across rugged Scotland.

Atlas Obscura chatted with Davies via email about keeping to the straight and narrow.

How did you come up with the straight line mission concept?

Its roots hark back to my late childhood, when myself and my then step-brother, and now best friend, Greg would leave my mother’s house, perched on the edge of the huge conurbation that is the West Midlands (of England), and simply set off in an easterly direction into the countryside of Staffordshire searching for adventure and mischief. Aged 13 and with nothing but a fiver in our pockets and the clothes on our back, we would “mission” our way through fields, clamber over fences, hedges and rivers, evading farmers and inevitably making some sort of strange and intriguing discovery. Without fail we would have a string of great stories to regale Greg’s dad, who would begrudgingly pick us up from some random town 15 miles away.

Fast-forward to a 28-year-old me, still yearning for adventure and wanting to do something new in a world where there was so little left to be done, trying to think of some obscure record that could potentially be broken. Slowly but surely, with the knowledge that no one my age could have possibly hopped more barbed wire fences than myself, and with a lot of free time to scour Google Earth, the mad idea that was the straight line mission became a reality.

Just how challenging is it to walk in a straight line?

You have to be constantly looking at the screen of the GPS to make sure you’re not veering from it, which is especially hard in dense, disorientating forests or in the high pressure environment of a working farmyard.

What causes you the most worry?

Farmers and landowners were the main source of paranoia in Wales, and will be in the upcoming Scotland trip. If a stern, no-nonsense farmer catches up to you on his quad bike, which is highly possible, then it could easily end the trip. You won’t meet many farmers who will let you climb over their hedgerows. At best they will direct you to the nearest track and off their land, which could be hundreds if not thousands of meters off course, and I aim to keep well within 25 meters.

You’ve tasted victory in Norway and suffered defeat in Wales. Which moments stand out for you most?

Half a mile into my first Wales attempt, a freezing, swollen river forced me over 100 meters wide (of my line). Luckily, I found a rotting old bridge on which I managed to eke my way over the raging torrent below. Ultimately I failed the trip nine miles from the coast when I got into a sticky situation in the mountains. (I was) hypothermic and running on empty after having walked across 12 miles of swampy, uneven moorlands and rather large mountains. I was supposed to rendezvous with a subscriber of mine, Joey, at the other side of the mountains to restock on food and GoPro batteries, but (facing) a ravine, undetected on Google Earth, darkness drawing in and no phone signal, I realized I had to get off that mountain. Heartbreakingly but with no choice, I had to leave my line and climb down to safety so that Joey and my family knew I was alive and well.

Norway, which I made sure to plan more thoroughly, had hardly any fields or owned land. It was wild, and the biggest threats there were navigating the steep cliffs and drops in the rugged mountain wilderness. Thanks to some help from another subscriber, Noah, who identified all of the steepest gradients using lidar imagery, I managed to do so safely. In the end I almost drowned in a peat bog, but thankfully I managed to claw my way out and stagger on, completing the Norway line with a maximum deviation of around 25 meters. A huge weight off my shoulders.

What will be the biggest challenges for you in Scotland and beyond?

I can’t give too much away, but with some of the obstacles that lie on our line, it promises to be a truly epic adventure. Beyond that I don’t plan on slowing down. Despite its brutal, often torturous nature, I’m in love with this breed of adventure. There aren’t too many countries where a straight line mission is realistically possible, but I plan to conquer the ones where it is.

The Bat-Loving Naturalists Translating the Silent Language of the Night

Listen in as they swat away mosquitoes and brave a dark forest to eavesdrop on echolocation.
churches

This intricately carved church is one of Norway’s great treasures of architecture.
science

A curated collection of images shows why this natural phenomenon has fascinated and inspired humans for millennia.
ruins

Inevitable decay and sudden explosions are just two of the threats to the centuries-old buildings.
Video