For Sale: Biggie's Crown, and Other Icons of Hip-Hop History - Atlas Obscura
Want to see fewer ads? Become a Member. 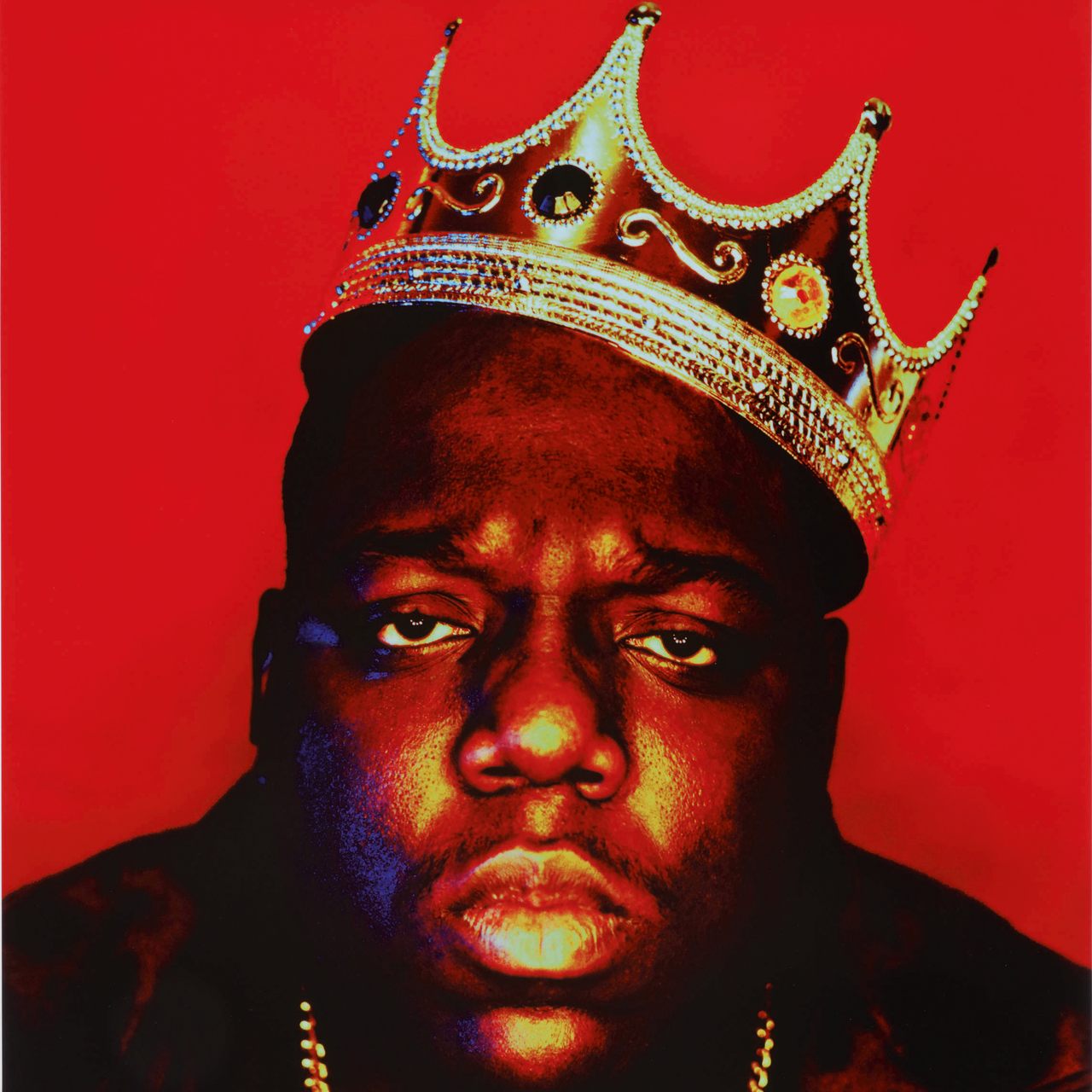 The Notorious B.I.G. as the "King of New York." Photo by Barron Claiborne / Courtesy Sotheby's
In This Story
Destination Guide

On March 6, 1997, photographer Barron Claiborne welcomed Christopher Wallace—also known as The Notorious B.I.G. or Biggie Smalls—to his New York studio. Together, the pair unknowingly made history. Claiborne took a series of portraits of Biggie wearing a plastic crown and posing as the “King of New York.” “I used to think he looked like a big king,” says Claiborne. That’s all there was behind the now-ubiquitous image.

If others had had their way, however, the photos would have never been taken: The rapper Sean “Puff Daddy” Combs, who accompanied Biggie to the photo shoot, advised his friend that the crown made him look like “the Burger King.” Claiborne’s vision prevailed, of course, and the photos became iconic upon running in Rap Pages magazine. That’s in part because they were also the final portraits ever taken of Biggie, who was shot and killed just three days after the photos were taken, at 24 years old. “I’m glad that he’s remembered with that photograph,” says Claiborne. To him, it captures the rapper’s “nobility.”

The plastic crown that Biggie wore in those photos now leads a forthcoming sale of more than 100 historic hip-hop items, at Sotheby’s in New York. Estimated to sell for at least $200,000, it’s signed by both Biggie and Claiborne, and is missing most of its interior foam coating (which had to be removed for the crown to fit). Though the crown is no doubt the sale’s marquee offering—almost literally a royal artifact in the world of hip-hop—the sale extends to all manner of writings, equipment, and accessories. Set for September 15, 2020, it’s also the first hip-hop-focused sale ever held by a major international auction house.

With Biggie’s crown and a pair of Clairtone Super Jumbos—the boombox on which Radio Raheem blasted Public Enemy’s “Fight the Power” in Spike Lee’s Do the Right Thing, as part of an installation made by DJ Ross One—Brooklyn is well represented at the sale. Another prized lot, however, focuses on Biggie’s West Coast rival, Tupac Shakur. Sotheby’s is selling some 22 handwritten letters from Tupac to his high school girlfriend, Kathy Loy. Written primarily in 1987, when Tupac was 16 years old and a sophomore at Baltimore School for the Arts (he moved to California in 1988), the letters include love poems, as well as allusions to the couple’s mutual friend and schoolmate, actor Jada Pinkett (now Pinkett Smith).

They also reveal that young Tupac, like many undiscovered talents, nearly gave up on his dream for fear of rejection and obscurity. “My old manager came over and said she doesn’t want me to retire from rap,” he wrote, “but I think I am because I can’t handle too much rejection and I don’t have the time … ” To date, Tupac, who was shot and killed in 1996, at age 25, has sold more than 75 million albums worldwide. The collection of letters is expected to fetch at least $60,000.

Hip-hop journalist and historian Davey D, also known as Dave Cook, says these Tupac letters stand out to him as particularly significant among the auction’s offerings. Any writings by Tupac are “a real big deal,” he says. This was “not just some kid who wrote love letters.” Cook adds that, with exceptions like the National Museum of African American History and Culture in Washington, D.C., Black history does not have sufficient institutional support in the United States. Ideally, however, these letters would be in a museum, just like Elvis Presley’s or John Lennon’s would. “Pac and Biggie are on that same level,” says Cook—not just recording artists, but historical actors. Tupac’s parents, for example, were members of the Black Panther Party. “You learn your history through his eyes and through his works,” says Cook, who is an adjunct professor at San Francisco State University, and who cowrote an edition of Can’t Stop Won’t Stop, the classic hip-hop history book. “Ultimately [the letters] need to be in an institution, and that institution becomes a pathway for a community to better understand themselves.”

Claiborne, meanwhile, says that no museums ever expressed interest in the crown—not even the Smithsonian or the Brooklyn Museum. It was temporarily on display at the International Center of Photography, and Claiborne hopes that the winning bidder will let it travel between institutions instead of keeping it behind closed doors. He mentions the Rock & Roll Hall of Fame in Cleveland as one possible fitting destination for the royal relic.

A portion of proceeds from the auction will benefit the hip-hop programs at the Queens Public Library Foundation, as well as Building Beats, which trains students in DJing and music production.

It's where legends like Tina Turner and Ray Charles launched their careers.
art

You can’t not dance when amapiano comes on.
music

Singer Bessie Jones is the reason so many American children know the folk songs of African and Gullah cultures.
museums