How Colombia's Biggest Murder Investigation Was Swayed by a Dream - Atlas Obscura
Want to see fewer ads? Become a Member. 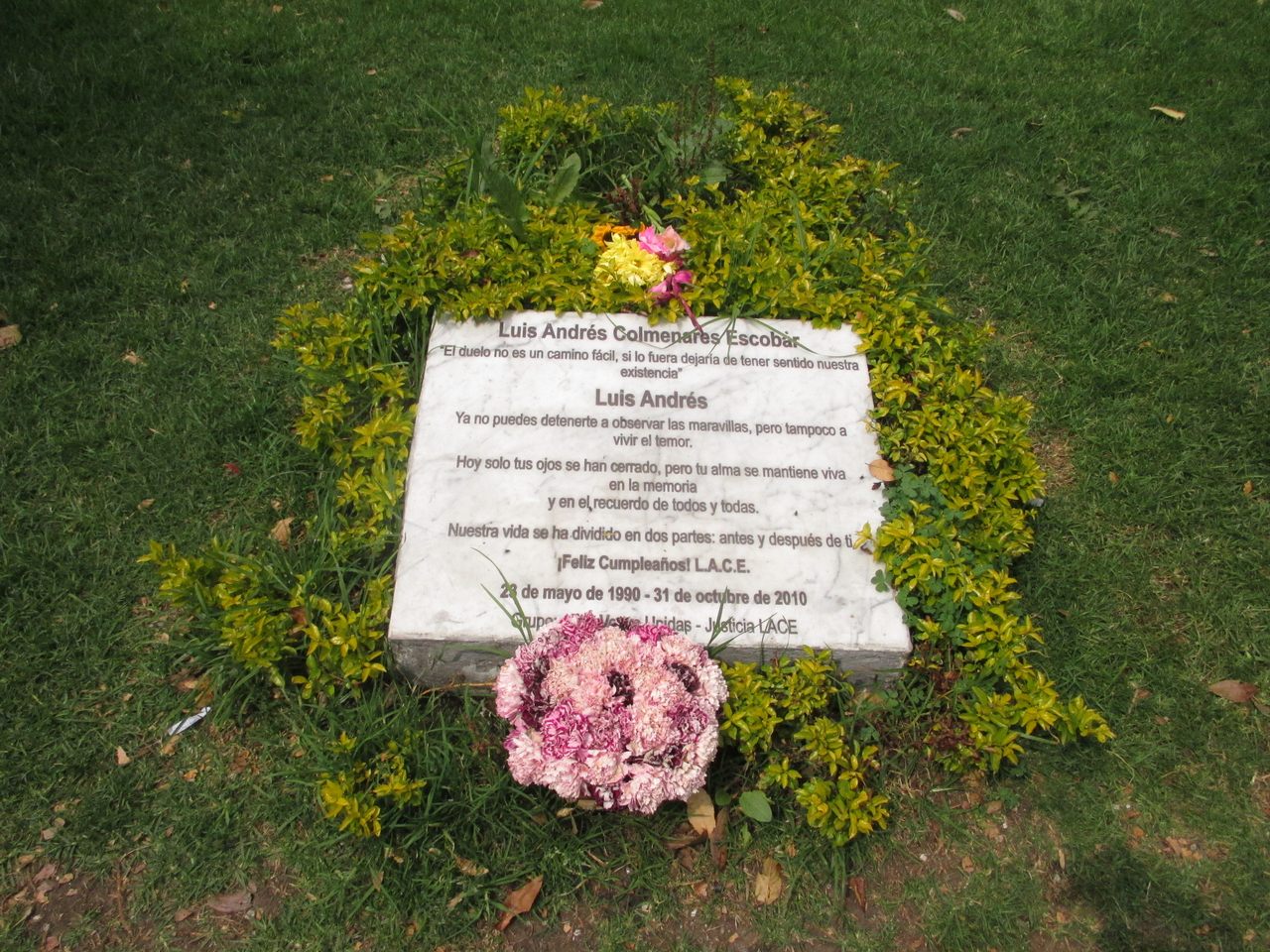 It reads like the perfect Agatha Christie novel. A presumed suicide turns out to be a murder. All the clues are elusive, all the witnesses suspect, all the theories imperfect. Oh, and it happened on Halloween.

Such is the Colmenares case, the most famous murder mystery to shake up Colombia in the past decade. However scandalous the details, there are two things that make it unfit for Christie’s collection: the case has not yet been solved, and the circumstances are too bizarre and fantastic to be in a work of fiction.

This is a case where the dreams of the victim’s mother have become part of the public record.

The crime happened on October 31, 2010, in the aftermath of a Halloween party in Bogota’s hottest party district, the Zona T. Luis Andres Colmenares, a student at the prestigious University of los Andes, and Laura Moreno, a classmate whom he was romantically pursuing, were leaving the gathering. Both came from powerful and affluent families.

Colmenares and Moreno, along with a large group of friends, came out of a dance club at around 3:00 am. Drunk and tired, Colmenares got a late night hot dog. Moreno and his good friend, Jenny Quintero, went with him. After this, nothing is certain.

According to Moreno and Quintero, for some reason, Colmenares threw the hot dog on the ground and began running. Surprised and concerned, Moreno ignored the difficulty that her heels presented and ran after him into the darkness of nearby El Virrey Park. She caught up to him twice, but both times, she failed to calm him down, even after passionate pleas and embraces. The second time, he pushed her away and ran in an unstoppable frenzy. “The last memory I have of him” she claims in an interview “is seeing his silhouette in the air.” Whether on purpose or by accident, Colmenares fell into one of the canals that run through the park.

It took two hours for the authorities to be notified, and 12 hours to find the body. As to why it was found meters away from where he supposedly fell, and in a place that had been previously searched in the morning, there are only guesses.

The official autopsy declared that Colmenares had suffered a blow on the head and died from asphyxiation. The case was ruled as a suicide, the body buried, and everyone involved tried their best to move on.

That is, everyone except Oneida Escobar, the victim’s mother, whom he did not entirely leave behind. Or so she says. Months after the funeral, she had a dream. In it, Luis Andres told her to stop looking, that the truth lay in his body.

As a Wayúu woman, Oneida held a strong belief, central to this indigenous culture, that dreams are the way the dead communicate with the living. She was convinced that her son was trying to show her the way to the truth. So she had the body exhumed and a second autopsy performed. The conclusion? Colmenares had not committed suicide. He had been murdered.

According to the results (some of which have subsequently been questioned by other experts), instead of one blow, as the original autopsy stated, he had received seven individual blows to the skull. There were pre and post-mortem wounds, and marks on his back and on his knees that contradicted the position he had been found in.

Mystified by the account of a mother’s dream and the evidence of a vicious crime, the entire country went into an uproar. Laura Moreno and Jenny Quintero were arrested. Every news outlet in the country covered the case in minute detail; it went to the Supreme Court of Justice.

The case went all the way up to the Supreme Court of Justice, located inside the Palace of Justice, pictured above. (Photo: Baiji - Own work, CC BY-SA 3)

Oneida’s dream was taken as a serious indication of the truth, not in court, of course, but in the eyes of the country. Several news sources reported on the dream, not questioning her motivation for exhuming the body. But Colombia hardly has a monopoly on unofficially using supernatural evidence to “solve” crimes. Even in nations with Western ideology, like the U.S. and the UK, there are cases of police forces recruiting clairvoyants and mediums to find bodies. In 1999, CBS reported that 35 percent of urban police departments have used psychics “at one time or another” (the report does not go into the efficacy of that help).

This case, though, has become a cause célèbre in Colombia the way few individual crimes ever become. Facebook groups dedicated to the case sprung up after the dream revelation. Most continue to be active, five years after the crime. In them, a few people defend the suspects, but most retort to violent language and call to higher powers to bring justice: “Liars but you cannot hide your secret from God,” claims one angry commenter in Spanish. His sentiments are echoed throughout the page.

More than just the strangeness of evidence seemingly being revealed in unconscious visions, this case spotlights problems of the judicial process itself. In the course of five years, there have been three district attorneys assigned to the case. Evidence has been mysteriously misplaced, witnesses have claimed to being threatened or bought by Colmenares’ father, and “experts” continue to contradict each other on the type of injuries left on the body, and the number of blows received. Key witnesses are now incarcerated for false testimony, and a recording of a phone conversation shows Moreno’s father discussing the possibility of buying off the district attorney. At this pace, the case might need more revelatory dreams to be resolved.