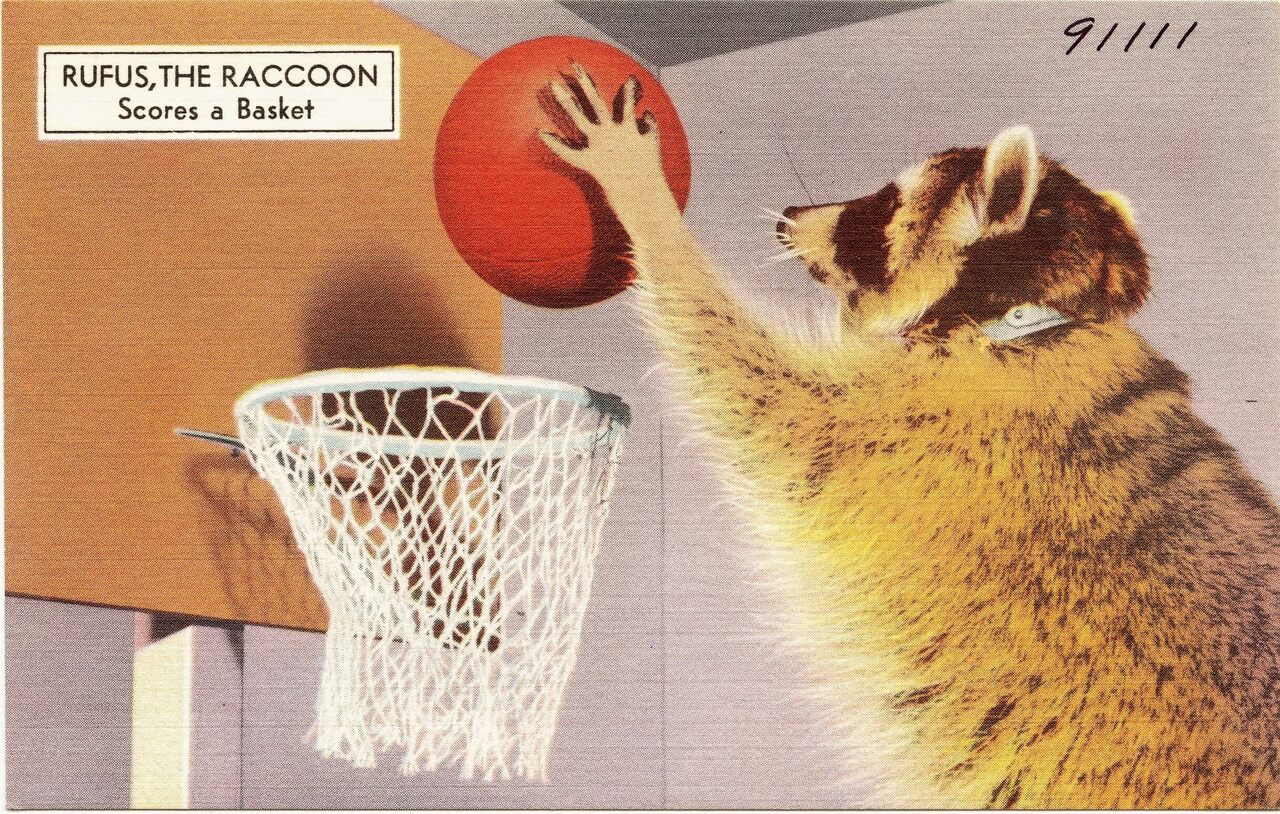 Tourists sailing down the highways toward Hot Springs, Arkansas, in 1955 would have been filled with gleeful anticipation. Numerous resorts and roadside offerings were on offer to sate their recreational lust: They could drop into the Arkansas Alligator Farm and mingle with the toothsome reptiles, ooh and awe at celebrity likenesses at the Josephine Tussaud Wax Museum, or delight in the animated miniatures of Tiny Town. Or they could go to the newly opened I.Q. Zoo and watch Casey the chicken play baseball, a duck play the drums, and a rabbit dunk a basketball, to name just a few oddities.

I.Q. Zoo was the brainchild of a psychologist couple, Marian and Keller Breland, who not too long before had been working alongside the famous psychologist B.F. Skinner to train pigeons to pilot the first “smart bombs” for the United States government.

Born in 1920 in Minnesota, Marian Kruse was whip-smart, with dark hair and a gentle smile. Her parents affectionately called her “Mouse,” a nickname that stuck for life. Young Marian loved Black Beauty and begged her dad to move to a farm.

“As a child, I was terrifically interested in animals,” Marian told an interviewer in 2000*. “I was also, although I didn’t know it at the time, interested in the humane treatment of animals.”

After graduating high school as valedictorian, Marian landed a spot in a University of Minnesota psychology class taught by Skinner, the influential psychologist who earned fame (and a long teaching post at Harvard) for his theories, notably “operant conditioning,” the idea that free will is an illusion and behavior is dictated by the negative and positive results it produces. Marian became a favorite student of his; she proofed Skinner’s writings, and even babysat his kids.

Project Pelican didn’t involve pelicans, but pigeons, a bird Skinner was fond of using in his research. Skinner believed that by following the principles of operant conditioning he could teach them to pilot bombs on the World War II battlefield. The process began with three pigeons encased in the nose-cone of a bomb.

“They had been taught to peck at a target shown on a ground-glass screen in exchange for food,” wrote John N. Marr in his essay Marian Breland Bailey: The Mouse Who Reinforced. “If the bomb deviated from the target, the pigeon’s’ pecks at the screen would transmit signals to correct the bomb’s heading.”

In 1943, Skinner went to Washington to show off his deadly flock.

“They opened the pigeon chamber and saw three pigeons pecking away,” said Marian. “This caused them several minutes of disbelief, I’d say.”

The pigeons were never deployed. “A variety of reasons had been given,” wrote Marr. “but none related to the birds’ behavior.”

Despite the fate of Project Pelican, a light had been flipped on in the minds of Marian and Keller. If they could train a pigeon to guide a bomb, they reasoned, they could probably train other animals to do extraordinary things. And if they could do that, there was probably money to be made.

They started training animals at their home, and then on a small farm in Minnesota, applying ideas gathered from studying with Skinner. The common practice in animal training was to intimidate and dominate animals; dogs and other creatures were punished for not doing what their owners wanted through physical and verbal reprimands. The Kellers’ took a much gentler approach: they ignored behavior they didn’t want and rewarded behavior they did, typically with food.

This worked remarkably well. Eventually, they started training animals on behalf of General Mills, whose labs they had used when training their bomb birds. Enter the crowd-pleasing chicken: The Brelands trained hens to perform stunts that could be used to promote chicken feed all over the country. Breland chickens played pianos and “asked” for food by pushing a button. They trained a cow to “take quizzes” by pressing light-up “yes” and “no” targets, they trained a pig named Priscilla to knock over a stack of dishes. Word of their incredible success spread and they began training animals for television and film, including Buck the Bunny, a rabbit who starred in commercials for Coast Federal Savings, picking up coins in his mouth and dropping them into a bank.

In 1955, they opened I.Q. Zoo and travelers far and wide were introduced to the wonders of the Breland menagerie. “There is no punishment involved in the training at all,” read an ad for the zoo. “Once they are trained, they will not forget, and are happy and eager to perform.” Visitors, and the media, were enchanted.

“At a little farm near Hot Springs, Ark., I saw a chicken do arithmetic problems and a rooster knock out a tune on a piano. I played a pinball game against a turkey, and invariably lost. I watched a hamster imitate Tarzan on a trapeze, a rabbit play baseball and a dozen chickens swing baseball bats,” reported a Popular Mechanics writer in 1953.

As their success grew, so did the pool of animals they trained. They taught a reindeer to operate a printing press, they trained parrots to balance on soccer balls and rollerskate, goats to push baby carriages, and a cow to play the harmonica. They trained cats, raccoons, squirrels and even dolphins. Chickens remained a perennial favorite, they “did math”, walked on tightropes and played tic tac toe with visitors. Under the banner of their business, Animal Behavior Enterprises (ABE), they also sold coin-operated displays that housed trained chickens, and these were scattered throughout the country.

Such a contraption in Manhattan’s Chinatown captivated New Yorker writer Calvin Trillin, who wrote an ode to the chicken in 1999. “When I tell the chicken story,” he writes, “I always point out that nearly all the people I take down there have precisely the same response to the prospect of playing ticktacktoe with a chicken. After looking the situation over, they say, “The chicken gets to go first!””

Ten years after the opening of I.Q. Zoo, the Brelands had grown supremely confident in their unusual skills.

“I wouldn’t hesitate to sign a contract today to produce a thousand white rats to play tiddly winks,” Keller told the Associated Press in 1962. He would never have the opportunity to accept this challenge before his death, three years later in 1965.

Bereft, Marian also needed help running ABE and the I.Q. Zoo. Help manifested in the form of Bob Bailey, a man who had been training dolphins on behalf of the Navy.

As the Breland’s star was ascending, Bailey was working as a researcher at UCLA’s medical school. One day he spied an ad; the Navy needed a director to head up their new dolphin training program.

“How I ever got the job to this day I do not know,” said Bailey in a 2016 talk. “I had never trained a dolphin in my entire life!”

At a desert base in California, Bailey trained dolphins to detect mines and carry messages and equipment. Among the consultants he called in to help him with the task were the Brelands. And when he grew frustrated with the Navy’s obsession with learning how to communicate with dolphins, he accepted a job at ABE in 1965. After Keller died, Bob took on many of his responsibilities. And Marian and Bob continued to work on behalf of the government.

In addition to the I.Q. Zoo, Bailey told Smithsonian magazine, the team had a special set-up for training animals run covert missions.

Marian and Bob trained boobies to fly through mazes, pigeons to thwart ambushes, ravens to plant bugs, dogs to locate mines, and cats outfitted with recording equipment to surveil people.

The extent to which these animals were actually used is obscured behind government secrecy, but Bailey told Smithsonian that “We got the ravens into places. We got the cats into places.”

Marian and Bob married in 1976 and ran the I.Q. Zoo and ABE until 1990. Marian passed away in 2001; Bob continues to teach and consult on animal training. The Brelands’ and Bailey’s helped popularize the notion of training through positive reinforcement, not yelling and hitting. Among the other methods they brought to the mainstream was the use of the clicker, a much beloved tool for dog trainers today, including those who work in dog cognition labs.

In his love letter to the Chinatown chicken, Trillen described a 1999 rendezvous with Marian and Bob in California. Both “showed up in matching Hawaiian shirts, as if to underline their status as retired”. But they were nominally retired, because they had just arrived from teaching a class to guide-dog trainers in the methods of operant conditioning. And behind their vehicle they hauled a trailer full of their training tool of choice—chickens.

*Correction: This post previously said that Marian Breland spoke to an interviewer in 2012. It was in 2000.

How Counting Horses and Reading Dogs Convinced Us Animals Could Think

Before the fin de siècle fad for 'wonder animals,' most people assumed creatures were mindless.
dinosaurs

Nothing adds prehistoric flair to a decorating scheme quite like a moving T. rex.
zoos

Before the birds moved in together, they had to learn to "howdy."
Video