This Is the First List of Japanese Americans Incarcerated in Internment Camps in WWII - Atlas Obscura
Want to see fewer ads? Become a Member. 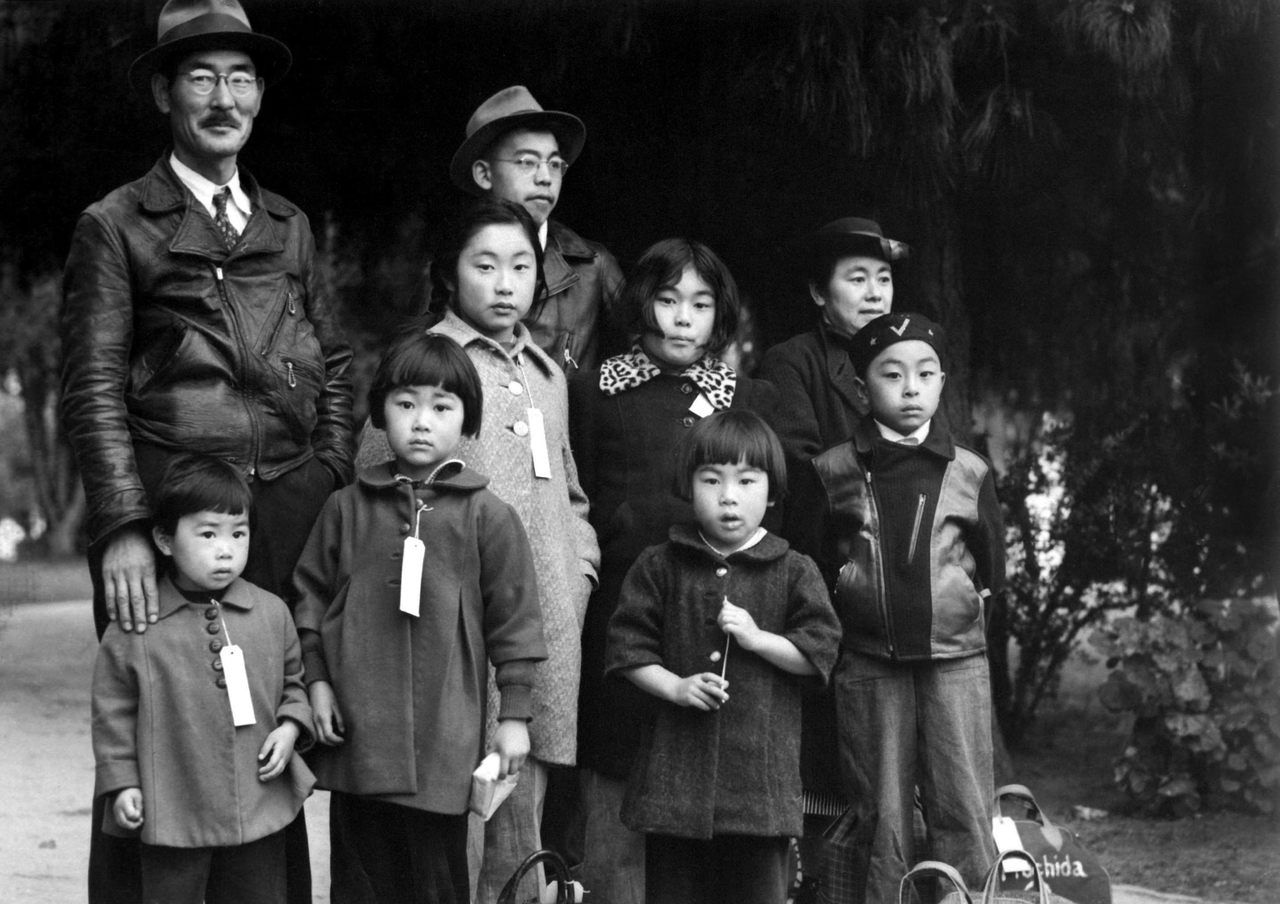 After the attack on Pearl Harbor, President Franklin D. Roosevelt issued an executive order relocating Japanese Americans because he deemed them "a threat to national security." Here, members of the Mochida family wear identification tags while waiting to be transported to an internment camp. Dorothea Lange / Everett Collection Inc / Alamy Stock Photo
In This Story
Destination Guide

In 2019, Tsuru for Solidarity, a social justice organization led by Japanese Americans, wanted to organize a rally in Washington DC to protest the separation of migrant children from their families at the US-Mexico border. Because many in Tsuru for Solidarity had family members who were incarcerated at detention sites in the United States during World War II, they planned to chant the names of the people currently being held along with the names of those who were incarcerated during the war—but there was no list of the Japanese Americans imprisoned at the internment camps.

“I had somehow presumed that because the US government passed the Civil Liberties Act in 1988, that there was a list,” says Duncan Ryuken Williams, a professor at the University of Southern California and a Buddhist priest who works with Tsuru for Solidarity. The Civil Liberties Act of 1988 was a federal law issuing a formal apology for President Franklin D. Roosevelt’s February 1942 order establishing the detention camps and $20,000 checks to camp survivors. “They did end up issuing 81,000 checks, but nobody really knew how many people were incarcerated,” he says. Williams began accounting for every single person who had been incarcerated in approximately 75 camps that existed mostly along the West Coast with a few in the South.

With a core group of 12 researchers and 100 volunteers undertaking thousands of hours of work, the Ireichō was born: it is a massive book listing the names of the 125,284 Japanese Americans who were incarcerated during World War II. The book is currently on display at the Japanese American National Museum in Los Angeles’s Little Tokyo.

The Ireichō is more than 1,000 pages and weighs almost 30 pounds. “It’s a very hefty book and it’s quite a big procedure to open,” says Williams. The book is surrounded by ceramic tiles infused with soil retrieved from the incarceration sites, and people are encouraged to stamp a Japanese hanko seal—a carved stamp used in lieu of a hand-written signature—next to the names of their family members and next to those that have no descendants as a way of also keeping their memories alive.

Of the 125,284 names, about 110,000* of them had already been compiled by the War Relocation Authority, a government agency that ran the 10 largest camps between 1942 and 1945. However, the agency did not document camps run by the Department of Justice or any run by the US Army. “The biggest challenge for the team was making sure that nobody is left out,” Williams says. The team spent months looking at birth certificates, the 1940 census, World War II draft cards, and everything else they could get their hands on to make sure they had all the names and had them all spelled correctly.

Rather than listing the names by alphabetical order, Williams chose to sequence the names by date of birth, with a 92-year-old woman at the very front and a baby boy born a few months before the last of the camps closed in 1945 at the end. “In the Japanese tradition, there is a way of honoring the elders first,” he says. It also means visitors have to take a little bit more time to go through the book. “It allows people to spend some time with each name and the names around it and allows you to be drawn into the history,” says Williams.

For Koji Lau-Ozawa, the Ireichō is not only the first comprehensive record of those incarcerated but a living monument. Lau-Ozawa is a PhD candidate at Stanford University whose work focuses on Japanese American incarceration during World War II. In September, Lau-Ozawa attended a private event where the Ireichō was consecrated in a Buddhist ceremony led by Williams.

Lau-Ozawa’s grandparents were incarcerated at the Gila River camp in Southern Arizona and, he says, projects like the Ireichō allow this history to be brought back into the public consciousness. “There are so many people I talk to who are not Japanese American who have not heard of the Japanese American incarceration,” Lau-Ozawa says. “A lot of people are shocked when they learn about it.”

The Ireichō is only the first installment of a three-part project called “Irei: National Monument for the WWII Japanese American Incarceration” which includes an online archive known as the Ireizō (“the storehouse of consciousness”). The online archive will list all the names and provide further information such as which camps each person went to. The third installment, the Ireihi, will be a collection of memorial sculptures set to go on display at former detention camps starting in 2024. The names of Japanese Americans will be projected on the sculptures.

But even then, the work won’t be finished. The light sculpture is designed to evolve; in Buddhism, everything is impermanent. The sculpture will change as names are added or spelling corrected. “We want to operate on the idea that monuments are not just for remembrance but for repair,” Williams says.

* Correction: The original version of this mistakenly stated that 1,000 names had been compiled.

How the once-ubiquitous convenience became a rare museum piece.
objects of intrigue

The Sheldon is a one-of-a-kind testament to the ingenuity—and unrequited love—of its creator.
Video • Object of Intrigue