Why the Japanese Calendar Is Full of Unofficial Food Holidays - Gastro Obscura
Want to see fewer ads? Become a Member. 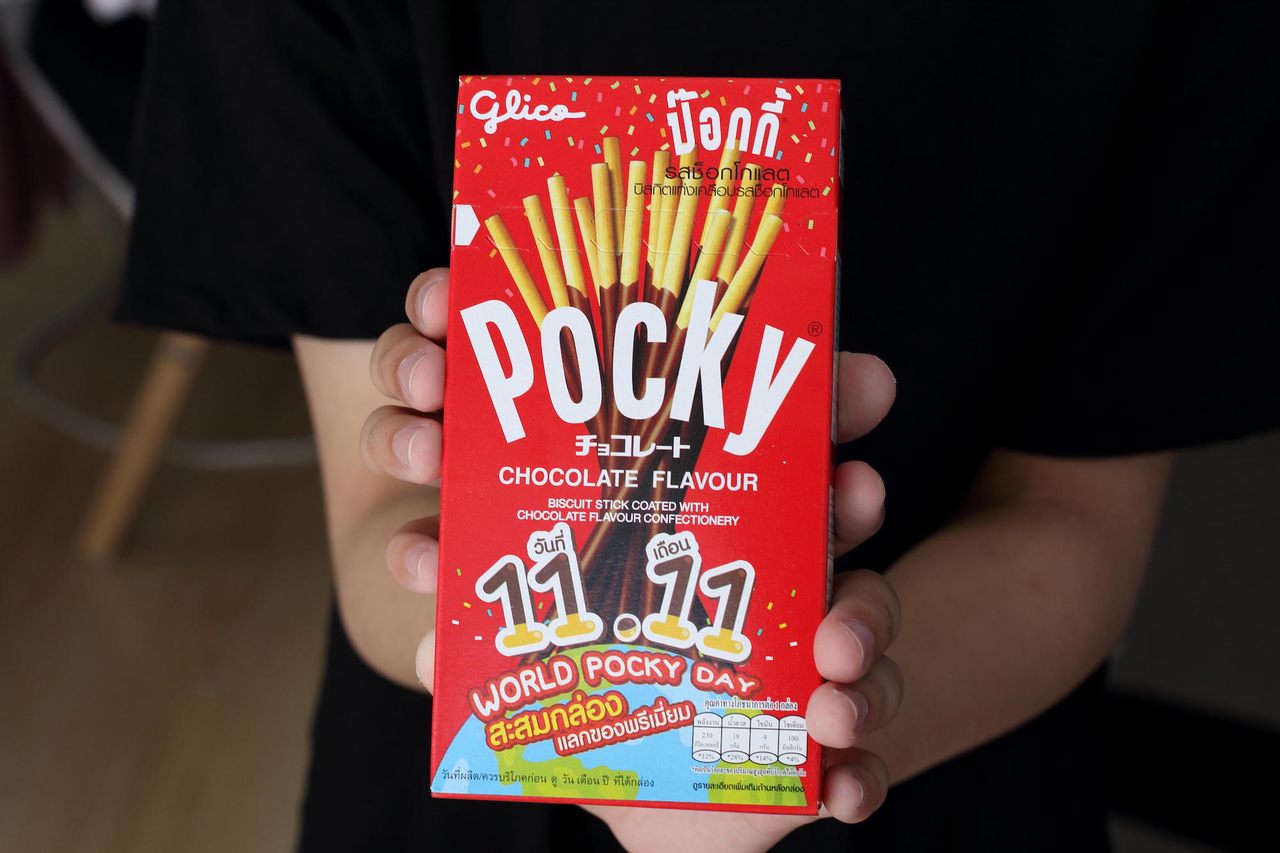 This box of Pocky cookies celebrates 11/11, or Pocky Day. Fir Mamat/Alamy
In This Story
Place

Over the last few years, an increasing number of unofficial food holidays have popped up all over the Japanese calendar. Banana Day, Strawberry Day, Curry Day; the list goes on. Each is celebrated with a flurry of online attention and clever marketing tie-ins from restaurants, trade groups, and food companies.

But how does a random date become Strawberry Day, for instance? Part of a larger trend known as dajare no hi, or (bad) pun days, most of these celebrations depend on wordplay, to which the Japanese language is particularly well-suited.

Take Banana no hi (Banana Day) for example. Broken down, the Japanese pronunciation—ba-na-na—corresponds to the Japanese for eight (ba) and seven (nana). The seventh day of the eighth month, August 7, thus becomes “Banana Day.”

Similarly, the Japanese for strawberry—ichigo—corresponds to the number one (ichi) and five (go). Depending on one’s location, Strawberry Day, or ichigo no hi, is marked on either January 5, or even the 15th day of each month.

In a 1999 paper for the Japanese Society for Language and Humor Studies, the linguist Heiyo Nagashima explained how puns have existed in Japanese since the time of the Manyoshu, a collection of poetry published in the later Nara Period (710-794). Japanese is naturally suited to puns, since the language has relatively few phonemes, the distinct sounds that make up words. In Japanese, wrote Nagashima, only 111 phonemes “give rise to at least 450,000 words.” Numerous similar-sounding words result in more homonyms, and accordingly, more opportunities for wordplay.

Japanese is also a heavily inferential language, with emphasis placed both on the ability of a writer to convey information as succinctly as possible, and that of a reader to infer the correct meaning. Without knowing that many food-day puns depend on dates, they can be something of a riddle. As linguist R. Alan Brown once wrote, “there is a powerful tendency in Japanese … to omit expressions [representing] shared information or which can be gleaned from context.”

While most food days are fairly straightforward puns, there is the occasional puzzler whose origin is not immediately obvious, such as Shortcake Day. With no obvious numerical analogues, one must turn to a physical calendar to see that Shortcake Day stems from the 22nd always being directly beneath the 15th— Strawberry Day—on a standard calendar grid, just like how a strawberry tops a shortcake.

Other food days find their origins tied to historical events. Curry Day, for example, falls on January 22 each year, marking the day in 1982 when the then-National Association of School Nutritionists (now the Japanese Association for Dietetic Research and Education) added curry as a standard meal option in Japanese school lunches.

Other notable food days include:

Pocky no hi: Pocky Day. Observed on November 11, since 11/11 resembles the long skinny shape of the popular sweet snack. Also known as Pocky and Pretz Day, which includes the savory version.

Niku no hi: Meat Day. Corresponding to two (ni) and nine (ku), Meat Day is commonly marked by stores and restaurants on the 29th of each month, although February 9 (2/9) is also often observed.

Hani no hi: Honey Day, falling on the second (ni) day of the eighth (ha) month, or August 2.

These puns are not just confined to food. February 22, for example, is Cat Day. In Japanese, cats say nyan, rather than “meow,” which may also be read as the number two. 2022 was particularly notable for its 2/22/22 date, which was naturally dubbed “Super Cat Day.” Retailers offered a number of limited edition cat-shaped goods for the occasion, while Wakayama Electric Railway, famous for its popular feline stationmasters, also organized celebrations at the shrine dedicated to the late Tama the cat.

The origins of these themed days are numerous: from schoolyard traditions to viral social media posts. However, many have an unlikely source. A good number originate with trade associations, who pick appropriate dates for celebration. Choosing a single type of food to honor allows a wide range of businesses to take advantage of a massive marketing opportunity.

Meat Day, for instance, provides the chance for fast food chains and other stores to offer gargantuan burgers or other meat-based dishes at discounted prices. The event was the brainchild of the Prefectural Meat Consumers’ Council in the late 1980s. Likewise, shops will commonly sell shortcakes at a discount on the 22nd of each month.

Themed days themselves are popular with Japanese consumers. Fast food lines always feel a little longer on Meat Day, and savvier companies will offer, in addition to discounts, gentei (limited-edition) products sold only for that occasion.

While bad puns in Japanese produce the same eye-rolls as their English counterparts, there’s no denying that clever wordplay and special foods can make ordinary days into something worth celebrating. In a country with no shortage of culinary delights, these festivities are an appropriately delicious addition to the Japanese calendar.

Around January 25, winter-bound villages in Iceland celebrate the return of the sunlight.
nature

A gift guide from the Atlas Obscura team.
politics

When you can't throw a vegetable at a rotten official, call them one.
List