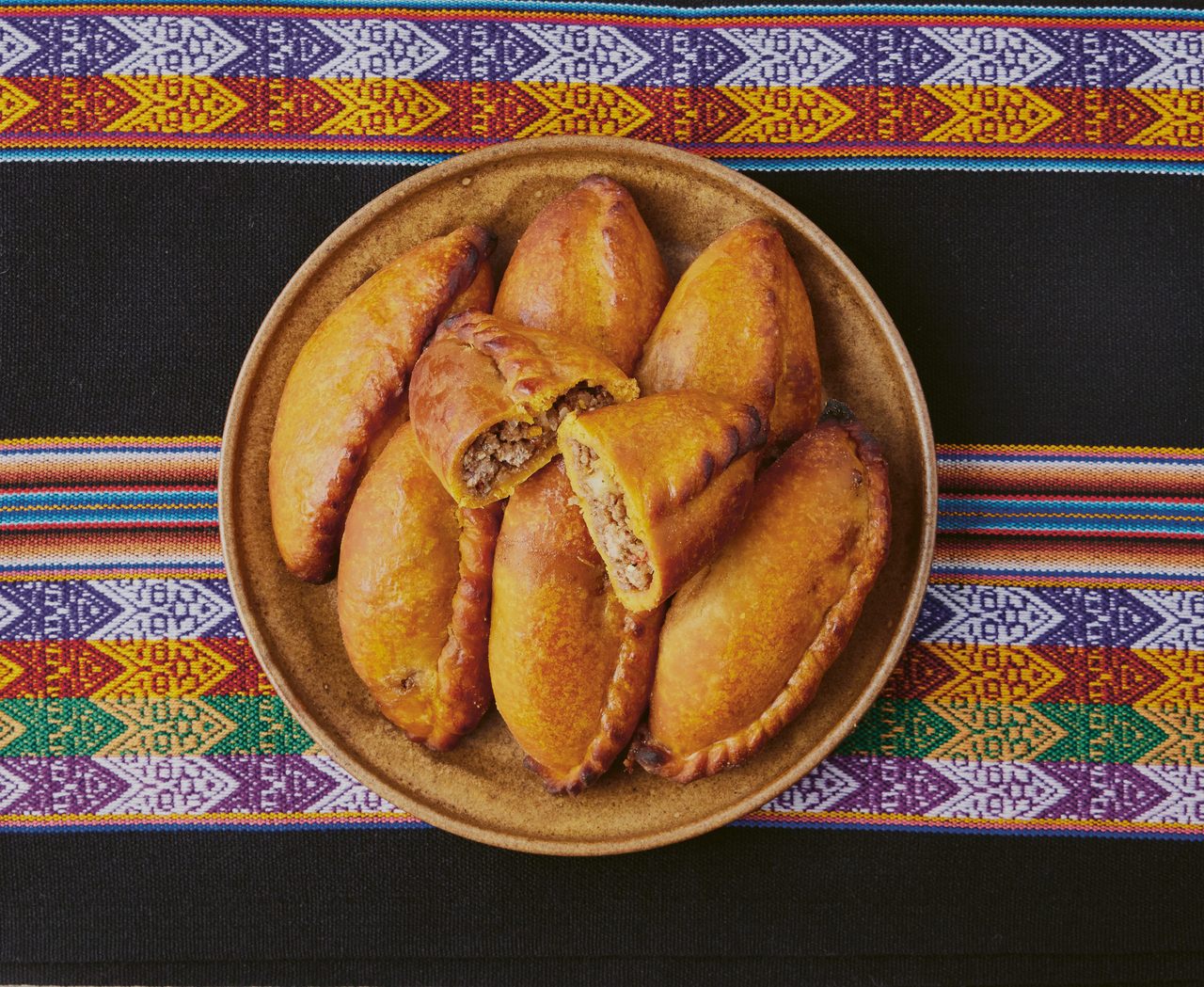 Virgilio Martínez knows Peruvian food very, very well. After all, he’s the award-winning chef at Central, a famed Lima restaurant that serves food from the widely varying microclimates across Peru. The result, he says, is cuisine inspired by “different territories, from the sea, to the coast, to the desert, to the Andes, to the vast Amazonia.” His tasting menus feature, among other offerings, artfully plated piranha, dishes containing four different kinds of ancestral corn, and cushuro, a water-dwelling, pearly cyanobacteria for dessert.

Central is an ambitious project. Then Martínez took on another: putting together a cookbook on the cuisine of all of Latin America, with recipes sourced from Suriname to El Salvador.

The result is hefty. The Latin American Cookbook clocks in at 430 pages and contains recipes from 22 countries, an immense region that Martínez writes “extends from Mexico in North America across the entirety of South and Central America.” He first went to publisher Phaidon, though, with a less ambitious proposal. “My first intuition was, let’s do South American places I know very well, like Argentina, Chile, Brazil,” he says. Yet, he says, the publishing company suggested he write about Latin America as a whole.

“But Latin America is huge,” he remembers responding. Initially cowed, he soon reconsidered. “Why not?” he says, shrugging over the Zoom call. “It started to make sense.” Plus, it had been done before. He points to the continent-spanning Gran Cocina Latina: The Food of Latin America by Marciel E. Presilla, which won the James Beard Cookbook of the Year award in 2013. Interest in the area’s culinary culture has only grown in the interim, Martínez says. And Central boasts an entire research center, Mater Iniciativa, with a staff already trained in cooking and culinary studies. There were enough cooks in the kitchen to make the project happen.

Most regional cookbooks aimed at a general American audience start readers off with a shopping list of the condiments, spices, and other ingredients that show up regularly, and their authors may leave out or simplify recipes that call for hyperlocal products.

But in a book devoted to all of Latin America, the shopping list would be unreasonably long, and avoiding hard-to-find ingredients would make neighboring but distinct national cuisines blend together, robbing The Latin American Cookbook of much of its fascinating detail.

So Martínez chose a different path. He included recipes for dishes such as empanadas de changles, based on a regional, seasonal Chilean mushroom, and the coal-roasted eggs of the large, flightless rhea bird—all while acknowledging the necessity of substitutions.“You don’t have to follow the recipe,” Martínez insists: a rather hilarious statement from the author of a cookbook. “If you don’t find an ingredient, you can use whatever. Be creative. Don’t stress out.”

Even his own team had trouble sourcing everything in this book. Within Peru, cooking Peruvian food, he could always send someone to do research and pick up ingredients. “I cannot send someone to Belize,” he says, sounding scandalized. “We don’t have the budget.” Often, he ended up sending what he calls “massive emails” to friends and acquaintances abroad, asking for assistance.

In lieu of his struggle, he encourages nervous cooks to use whatever local ingredient they think would make a good substitution. “Just enjoy, and try to be a little Latin American,” he laughs. “Try to innovate.” It’s perhaps that spirit of innovation that’s led to so many dishes showing up again and again across Latin America, with immense variations baked in.

Take alfajores, for example. Colonists brought these flaky layered cookies from Spain to the Americas. Every recipe in The Latin American Cookbook comes with a short, informative introduction, which is absolutely necessary in order to know why Argentina’s alfajor Santafesino differs from Chile’s alfajores de Matilla. One is frosted, the other is filled with a spicy-sweet paste. The text also notes that there are multiple variations for just these two cookies.

Then there’s the King Kong. It’s a super-sized alfajor from northern Peru, often with four layers of cookie sandwiching sweet manjar and preserves. It only got its name in 1933, when locals watched the American movie about a giant gorilla and then eyed their local giant cookies.

In the introduction to The Latin American Cookbook, Martínez muses on how Latin American food has already become globally dominant on every culinary level, from home-cooking to fine dining. “Potatoes, tomatoes, peppers, corn, and cocoa have become staple ingredients the world over,” Martínez writes. “Wherever you are, you are eating Latin American on a daily basis, whether you realize it or not.” His book, though, is a fascinating roadmap on how to eat those staples and beyond in their original, delicious context.

They're saving food history for the future.
libraries

From “pie for a doubting husband” to “spaghetti a la suffragette,” these recipes came with a side of activism.
Video