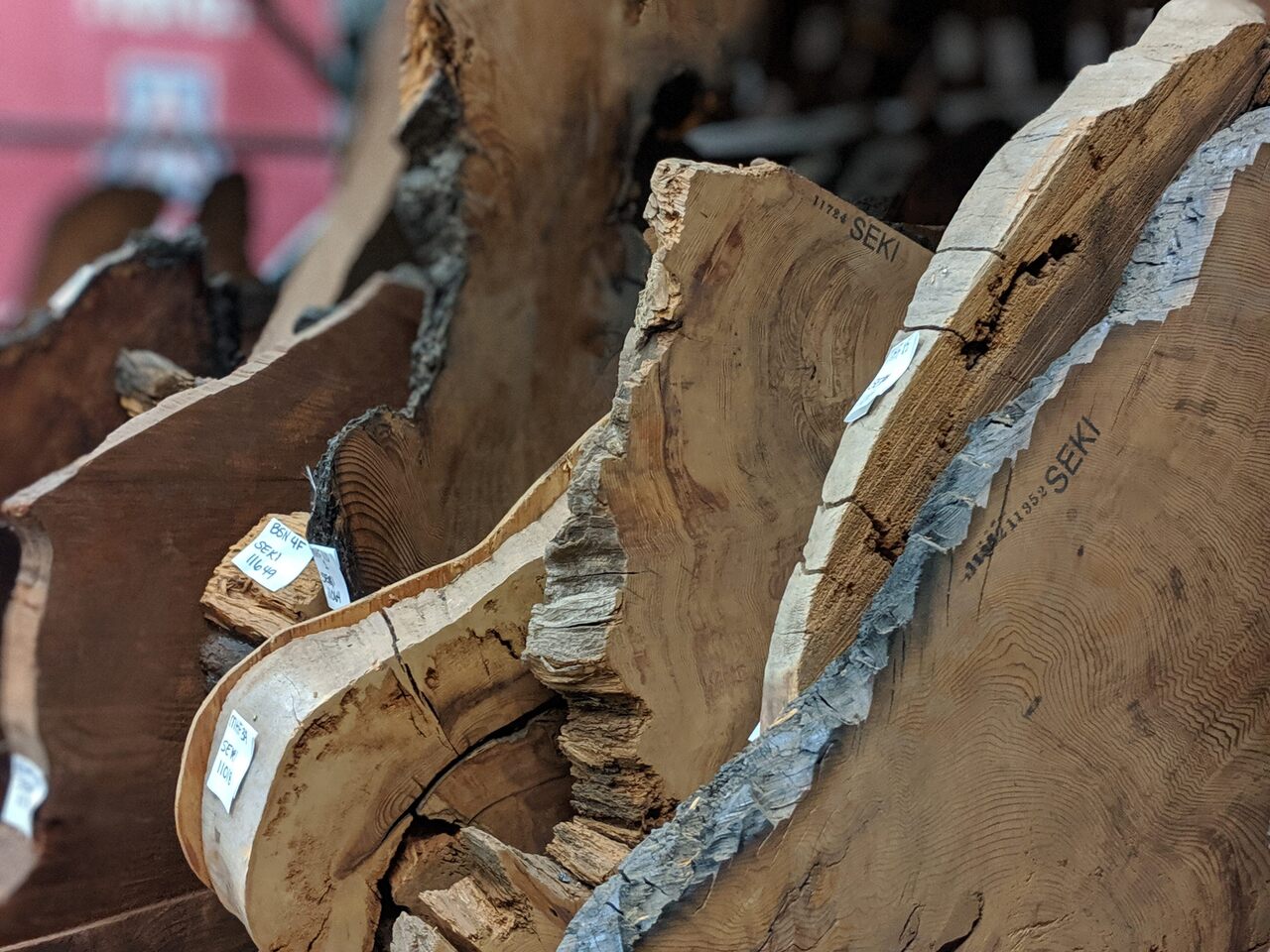 Ancient trees like these, in the University of Arizona's Laboratory of Tree-Ring Research, helped date the massive eruption on Thera. Courtesy Peter Brewer
In This Story
Place

A Bronze age settlement on the Greek island of Santorini might have been the inspiration for Plato's Atlantis.
Destination Guide

To the untrained eye, the picturesque island of Santorini doesn’t seem like the product of civilization-altering carnage. But about 3,600 years ago—when this isle in the eastern Mediterranean was called Thera—a devastating volcanic eruption rocked the region, creating the landmass as it’s shaped today. And that “about” matters.

For decades, archaeologists, geologists, volcanologists, and dendrochronologists—the experts on and keepers of time immemorial—have hotly debated the timing of Thera’s eruption, which serves as a historical benchmark for parts of the world outside of Greece. Dating the blast precisely would allow major historical events that occurred well beyond the periphery of the island to be time-stamped more accurately.

Now that seems to have happened. A study published this week in the journal Proceedings of the National Academy of Sciences has pinned the eruption to a year: around 1560 BC.

“Consensus was really split between this group of people who thought the Thera eruption was around 1600 BC and then a group of people that thought it was around 1540, 1520 BC,” says Charlotte Pearson, a dendrochronologist at the University of Arizona’s Laboratory of Tree-Ring Research and lead author of the new study. “There were these two … camps that had arrived at the dates of Thera through these different lines of evidence.”

When the volcano erupted, the island of Thera—and environs thousands of miles in every direction—was wracked with pyroclastic flows and tsunamis, as clouds of ash blotted out the sky and blanketed much of the Mediterranean region with the stuff. That included the local Minoan town of Akrotiri and, farther away, woods that would be used to construct the royal “Midas Mound” tumulus, or tomb, near the ancient Phrygian site of Gordion, in Turkey.

Using samples of the juniper trees that were felled to construct the tomb (“basically a log cabin,” Pearson says), the dendrochronological team—from the University of Arizona and ETH Zürich—was able to see where a significant event in the trees’ lifespan had blanched some of the tree rings. But since the timbers were cut in ancient times, they were devoid of chronological context. Once they came down, they could no longer be aligned with an active calendar, as opposed to the ancient trees that remain standing today, which are firmly planted in modern chronologies.

“All tree-ring chronologies developed from nonliving trees are ‘floating’ in time until we anchor them to existing live-tree data,” says Kristen de Graauw, a dendrochronologist affiliated with West Virginia University who was not affiliated with this study. For example, she says, “historic log-building samples are ‘floating.’ But by comparing them with old live trees (from a similar region), we can match the ring-width patterns and link the chronologies to the present.”

Like a giant, bark-encrusted daisy chain, the lifespans of different trees around the world add up to one diffuse calendar of deep time. On a small scale, it means that a 500-year-old tree that survived a local forest fire years before may be able to tell researchers when the fire happened. For larger-scale events—like devastating volcanic eruptions that can be felt halfway around the world—ancient trees are a reference text, helping order the pages of earth’s history scattered in places like the Gordion tomb.

Using calendar-dated bristlecone pines from the United States and oaks from Ireland, Pearson, working in Arizona, was able to “cross-date” the Turkish junipers, figuring out their timeframe and deducing the approximate year of the explosion in Greece. For good measure, her team also ran an X-ray analysis of the wood and radiocarbon-dated the specimens.

But although cross-dating has helped narrow the window on Thera, Pearson says that more ancient trees and chemical analyses would significantly help confirm the eruption’s signature on wood around the world. And along with those additional analyses, more wood samples—for further corroboration—would be useful.

And don't forget to cast your vote in "Tournament Earth."
ancient greecevolcanoestombstreesruins

Help us keep them coming by directly supporting Atlas Obscura.
Become a Member
$5/month $10/month $20/month
See All Membership Options
Already a part of our membership program? Sign in.
No Thanks
Keep Exploring
volcanoes

Scientists are hoping archaeology, carbon dating, and tree rings together can help solve the mystery.
temples

Geological features, toxic fumes, and visions of the future.
art

Found: A Rare Carved Stone That Could Rewrite Art History

A miniature masterpiece from the Greek tomb of the "Griffin Warrior."
ruins

The Ancient Greeks May Have Deliberately Built Temples on Fault Lines

Then again, they may just have an awful lot of both.
Video