A sculpture that resurrected the only tree standing following the devastating 2011 tsunami. 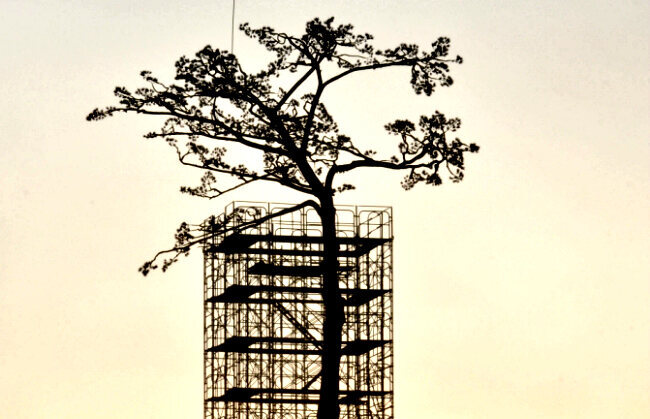 After a tsunami caused by an earthquake washed through Rikuzentakata, Japan in 2011, nearly 80 percent of the homes there were pulled out to sea, along with much of the dense forest that lined the shore. Out of the 70,000 trees, only one was left standing when the waters receded. The nearly 90-foot-tall, 200-year-old “Miracle Pine” as it became known developed into a symbol of strength and resilience, but it too eventually succumbed to the saltwater that had infected its roots, and 18 months later it was brought down. 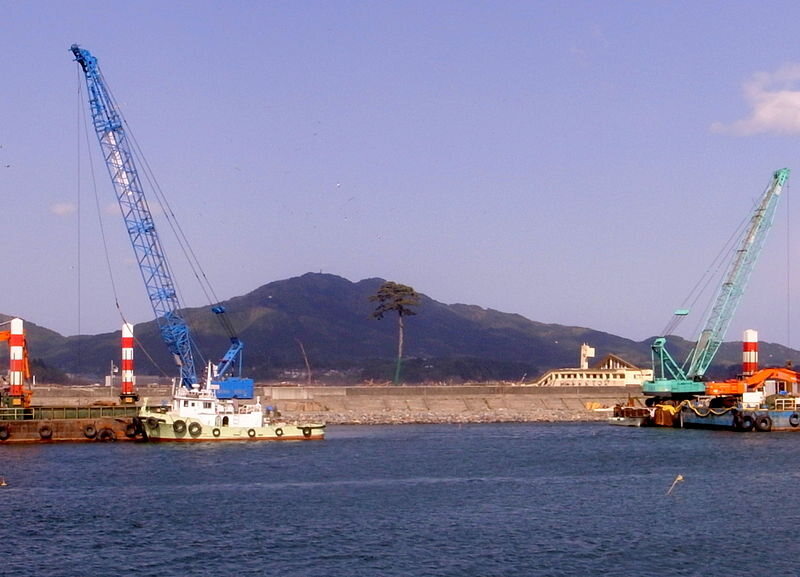 Miracle Pine after the floods (via Wikimedia) 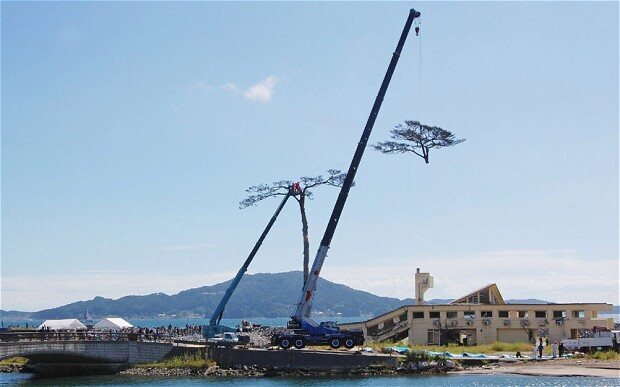 Taking down of the Miracle Pine (via Yahoo)

In the 18 months it stood on the barren coast, the tree had become so popular that there was a decision to resurrect it as a sculpture. A metal form was placed inside its trunk, which was treated to preserve it, and its leaves and branches were replicated in synthetic material.

This week, just shortly after the two year anniversary on March 11 was commemorated, the sculpture is set to be revealed, according to This is Colossal. As the area continues to rebuild, it will return to its solitary vista as a permanent icon of hope. 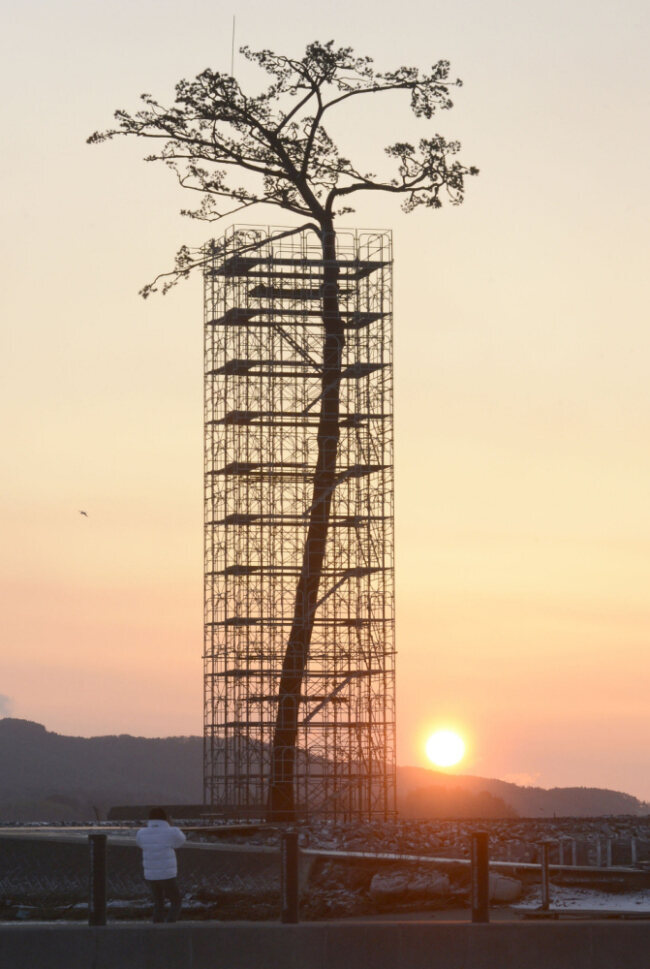