For Sale: The Most Haunted Mansion in Ireland - Atlas Obscura
Want to see fewer ads? Become a Member. 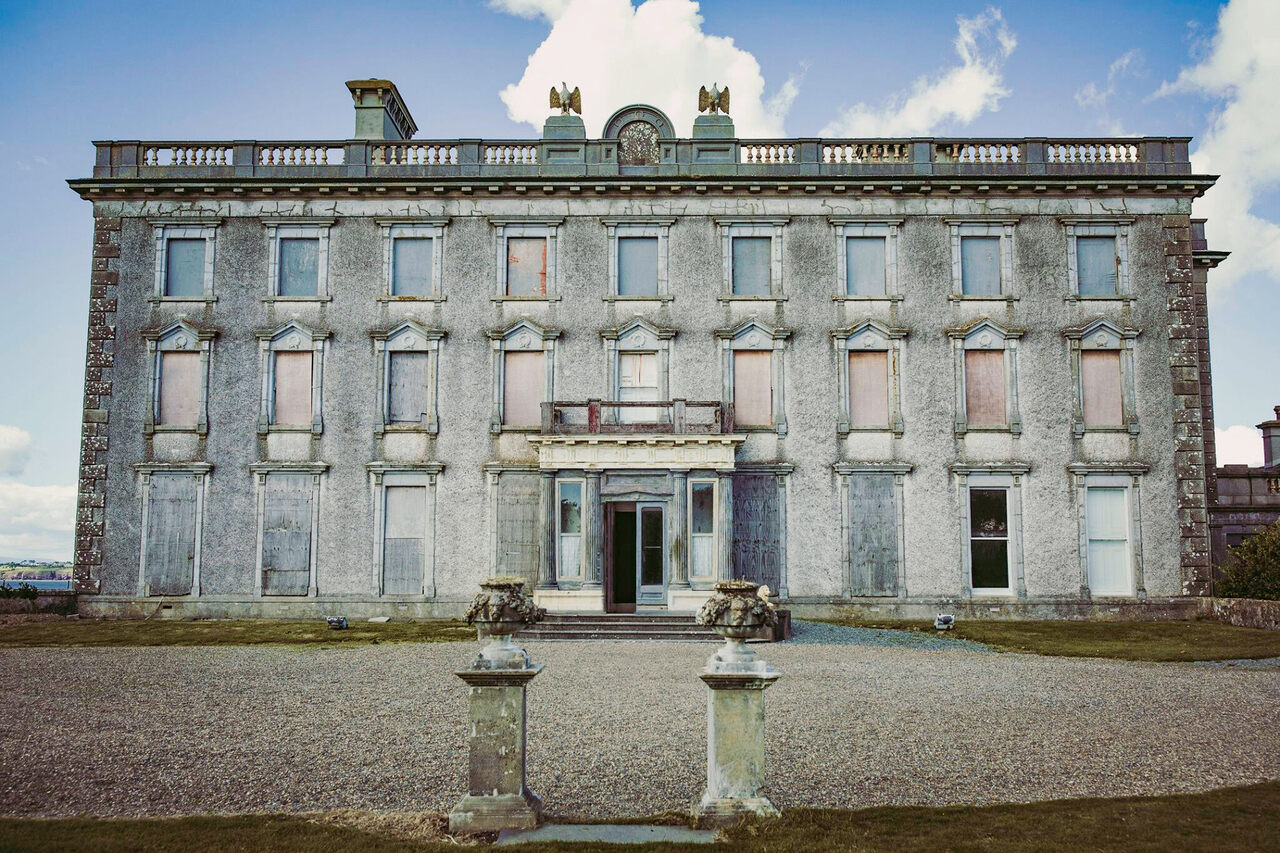 Don't forget to visit the Tapestry Room. ©VisitNewRoss.ie / Used With Permission
In This Story
Destination Guide

Anyone in the market for 63 acres of pure emerald Ireland is in luck: A 22-bed mansion on the isle’s southeastern edge is up for sale, for a cool $2.87 million. Pulling that price up or down, depending on your perspective, is the site’s rather interesting history.

The mansion, known as Loftus Hall, goes back to the 12th century, and has seen several regime changes over the years. The most infamous chapter in its history, no doubt, comes from the 18th century. According to legend, a raging storm drove a passing traveler to seek a few nights’ refuge at the Hall, which the Loftus’s happily granted.

Naturally, with a storm keeping everyone indoors, the hosts sat down with their guest for a game of cards. During the guest’s stay, Anne Tottenham (a Loftus relative) dropped one of her cards on the floor. Ducking beneath the table to retrieve it, Anne—who had grown smitten with the visitor—spotted something that stopped her crush in its tracks: cloven hooves where his feet should have been. Sensing that he’d been outed as the devil himself, it’s said, the visitor disappeared through the ceiling in a burst of flame and puff of smoke, leaving his hosts—including lovelorn Anne—in a state of smoldering confusion.

A casual game night with Satan is only the first phase of its ghostly lore. For the next few years, before she died young, Anne’s family forcefully confined her to the house’s tapestry room, having determined that she was too shocked and vulnerable for the outside world. After her death, occupants of the house claimed to see her ghost wandering the grounds at night—a problem that even the local Catholic priest, Father Broaders, couldn’t solve. He was called in for an exorcism, but found himself unable to extend the rite to Anne’s tapestry room. However you feel about ghost stories, it’s hard to argue against firsthand experience. “There is always a feeling that you are not alone in Loftus Hall,” writes Aidan Quigley, one of the current owners, in an email.

For those uninterested in or skeptical of ghost stories, Loftus Hall has just as much to offer in interesting, more reliably historical tales. People have called the property home since at least 1170, when a Norman knight by the name of Raymond le Gros built a castle there. Hoping to assimilate into the Irish society he had helped conquer, le Gros changed his surname to Redmond, and the castle stayed in his family for generations. In 1350, during the Black Plague, the Redmonds replaced it with a more modern mansion, dubbed Redmond Hall.

The imperial conquests of Ireland were far from over, however, and the property changed hands during Oliver Cromwell’s bloody takeover of the island. It was then that the Hall was passed to an English family named Loftus.

The Loftuses were a well-connected bunch, and their ties to the English monarchy—however indirect—are responsible for much of the mansion’s current appearance. In the late 19th century, John Wellington Graham Loftus thought a visit from Queen Victoria seemed likely, as his mother, Jane Loftus, had been Lady of the Queen’s Bedchamber since 1851. John spent years renovating the Hall, modeling the expensive revisions off of the royal Osborne House. The Queen, however, never came, and John died in debt. The estate changed hands several more times throughout the 20th century before landing in the hands of Aidan and Shane Quigley, who bought the property in 2011 and are now interviewing potential buyers. For the Quigleys, it’s not just about meeting the asking price—it’s about demonstrating a comfort with what you’re getting yourself into. “I won’t pick the buyer …” writes Aidan Quigley, “the Hall will.”

You’ll need a lot of pretty pennies to buy it.
cold war

Letters and trinkets show off the personal sides of Einstein, Hawking, and Schrödinger.
cold war