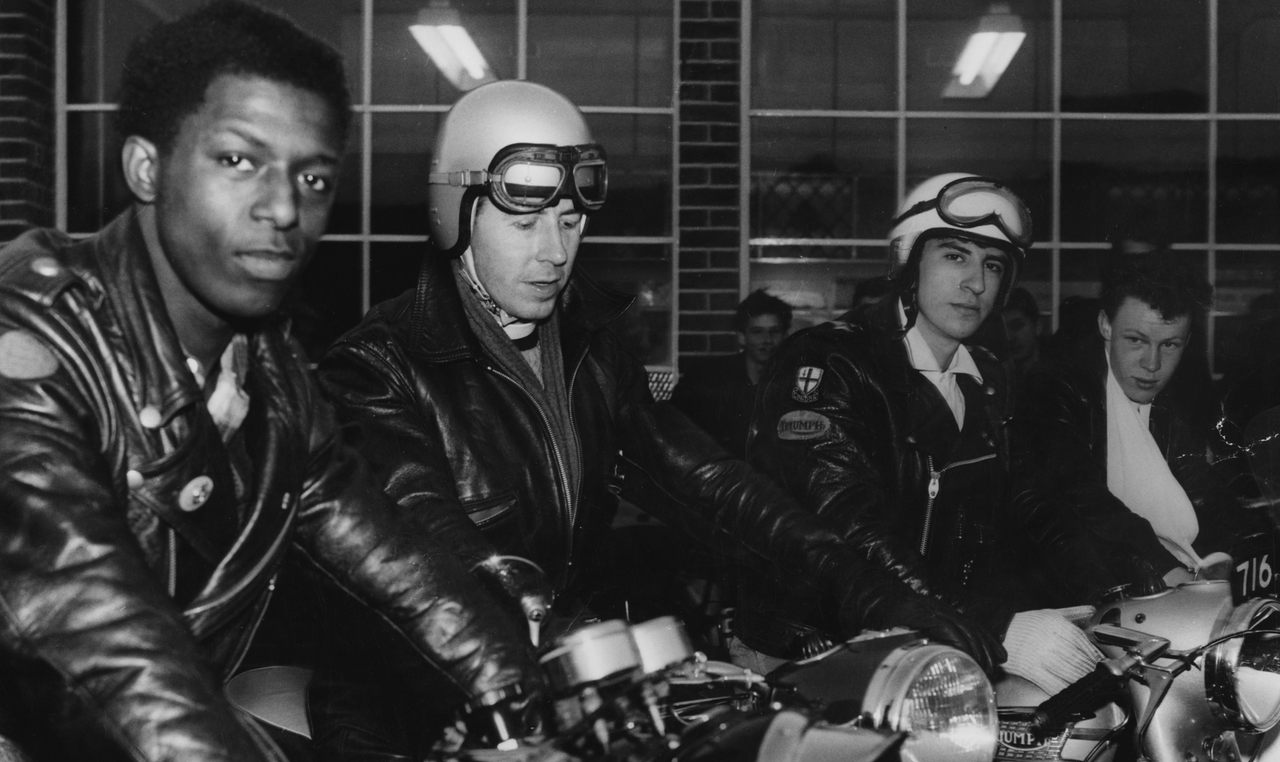 Members of the 59 Club, a motorcycling group founded in London. 59 Club Archive / Museum of Youth Culture, Used With Permission

Bars, parks, and schools are closed until further notice, but one British museum is making sure that we remember what it means to be young.

With millions stuck at home, within close reach of old photo albums, the United Kingdom’s Museum of Youth Culture (MOYC) has issued a call for submissions: The museum wants your childhood, adolescent, and teenage photos—in all their adorable, rebellious, or just plain awkward glory. The submissions will join the museum’s growing archive of looks, attitudes, and pastimes that have galvanized young people since the 1920s. In other words, this is your chance to claim that your old mullet was a legitimate historical document.

The Museum of Youth Culture, appropriately enough, has always been a purely digital operation. Even before the COVID-19 lockdown, its archive has existed exclusively online, and the team had been hoping to open a physical location in London sometime in 2023. (Those plans are still in place.) Recently, however, the museum has turned to crowdsourcing to bolster that archive. Previously, the curators had pulled from the collections of professional photographers who had documented youth scenes, from mod to punk to grime and beyond. But that was no longer going to cut it, as the museum realized that it has a veritable world of once-and-current youths on call—with time on its hands.

“We wanted the story we’re telling to be as representative as possible,” says Lisa der Weduwe, of the museum’s Cultural Projects team. When the museum made the decision to open for submissions from the general public, the idea was to travel to 20 towns across the United Kingdom and gather submissions through in-person engagement and events. There’s no telling when that tour may begin, but MOYC has prepared a variety of materials to help potential remote participants generate ideas.

Grown Up in Britain, as the new initiative is called, offers a “Memory Sharing Pack” for free download, which encourages users to “describe your teenage bedroom” and recall your “top tune,” or, of course, your “arch-nemesis,” among other prompts. All of these suggestions might lead you to track down that priceless, fading photo or, if none exists, describe your recollections in words. To that end, MOYC has also created a guide instructing current teenagers on how to interview their parents and grandparents about their lives as youngsters, not unlike Atlas Obscura’s own. The questions range from the academic (“Do you remember a big technological advancement that happened when you were a teenager?”) to the almost surely scandalous (“What would you do in your spare time?”).

These prompts illustrate MOYC’s emphasis on the thematic, rather than chronological, dimensions of youth culture. The idea, says der Weduwe, is not to group characters together as flappers or punks, but to reveal the various continuities that link young people across history, regardless of how they dressed or acted: first loves, first jobs, school, leaving home. “We can put someone from the 1920s next to someone from 2020,” der Weduwe explains. That ethos, she adds, also informs the project’s name, Grown Up in Britain. Though it doesn’t necessarily connote youth, it’s more inclusive than “Growing” Up in Britain, which would suggest a more contemporary focus.

Der Weduwe also emphasizes that the project, despite its name, is not limited to the United Kingdom. So far, the museum has received submissions from the Netherlands, New York, and New Jersey, and the existing archive contains material from all over the world. Focusing on the United Kingdom has been a “starting point,” she says, but one that has allowed the team to experience the power of local engagement. Last year, MOYC ran a trial in the English coastal town of Clacton, which had been voted the country’s worst seaside town in a survey. After soliciting recollections from the town’s elderly residents, including those with dementia and in assisted-living facilities, MOYC helped give the town a more “positive narrative” in its archive. MOYC will continue to solicit submissions from assisted-living facilities while their residents are quarantined, hopeful that the “reminiscing sessions” will both lift spirits and build the archive.

While the museum—in its digital and, eventually, physical manifestations—focuses primarily on photography, it also catalogs other youthful “ephemera,” including ticket stubs, event fliers, and pen-pal letters. But what could be better on that front, really, than music itself? MOYC has created Spotify playlists for every decade from the 1940s—think Gene Autry and Duke Ellington—through the 2000s, featuring The Strokes, Lady Gaga, and Erykah Badu. Those are available on the museum’s website, along with the entirety of the photo archive.

“We feel that young people are incredibly innovative and creative,” says der Weduwe. Explore the archive and see for yourself—or better yet, add to it.

Yale has acquired some of the Black photographer’s best-known images.
photography

The “Afro-American” is in her blood.
wwi