The Island That Keeps Eating Itself - Atlas Obscura
Want to see fewer ads? Become a Member. 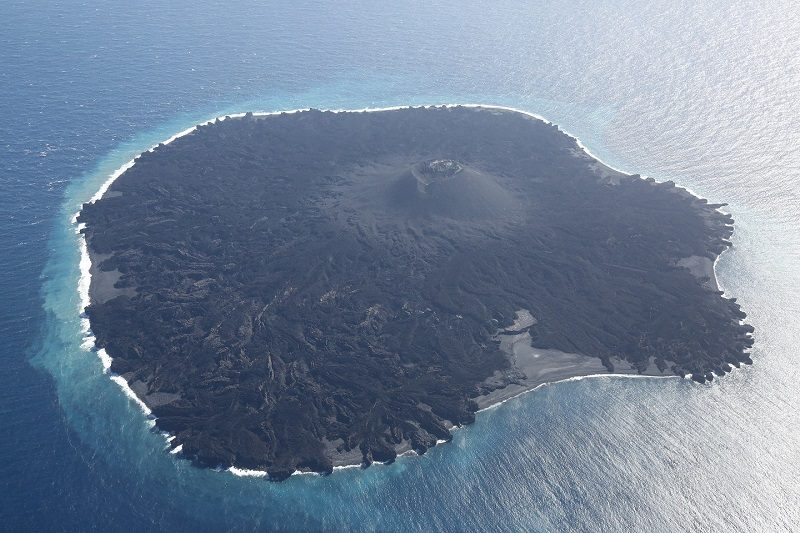 Nishinoshima, for now. Geospatial Information Authority of Japan/CC BY 4.0
In This Story
Place

This volcanic island in the Pacific just keeps growing and growing.
Destination Guide

From as far back as anyone can remember, up until about half a century ago, Nishinoshima—a volcanic island southeast of Tokyo—was quiet. Sure, once upon a time, it had roared itself into existence, erupting and erupting until its lava piled up into a blob a couple of kilometers wide. But for thousands of years, it had kept things low-key, content to grow groundcover, host the occasional seabird, and hang out.

Then, in April 1973, a burbling began beneath the water just east of the island. Passing sailors noticed smoke rising into the air, and a pair of chemists later wrote that “the sea water became turbid with fine, suspended particles… yellow to brown in color.” Over the next few days, new islands formed, then joined together, engulfing the original. Afterwards, Nishinoshima was no longer a blob, but a bumpy crescent, stretched out in both directions like it was grabbing at something.

A respectable size and shape, to be sure—the island could have stopped there. But then, in late 2013, it happened again. Yet another underwater volcano near Nishinoshima began erupting, gushing lava that hardened into spools and swirls. A new island formed, then spread, inching closer to the old one. Authorities considered giving it a name—but soon enough, it too had merged with Nishinoshima, and so it was just Nishinoshima again.

This time, it kept spewing. It swallowed the old land mass up. People marveled at its productivity: In 2014, the Japan Times reported that it had released enough lava “to fill [the] Tokyo Dome six times.” By 2015, the brand new Nishinoshima was 12 times as big as version two had been.

Later that year, eruptions stopped for a time. Scientists got excited about a new kind of growth: As the island cooled and hardened, would plants and animals move in? But as of last spring, things had started up again. “Observers aboard a plane passing the volcano on 21 April noted intense activity in the crater,” noted a Smithsonian Institution vulcanology report. “Bombs were ejected as high as 100 m above the crater and incandescent rocks rolled down the flanks, reaching the sea.” Nishinoshima may stop someday, but only when it’s ready.

Draw Us a Map of Your Personal Fantasy Island!

Though the damage on La Palma in the Canary Islands is extensive, no lives were lost.
islands

There's uncertainty, but the eruption is confined to the summit caldera.
islands

5:11
Want to see fewer ads? Become a Member.
From Around the Web
Atlas Obscura Trips
Artisans & Exiles: Exploring the Hidden Traditions of Japan’s Sado Island
View This Trip
Thanks for sharing!