Notes from the Field: The Cemetery of the Dogs - Atlas Obscura
Want to see fewer ads? Become a Member.
In This Story
Place

Cemetery of the Dogs

The Cimetière des Chiens et Autres Animaux Domestiques is one of the oldest pet cemeteries in the world. 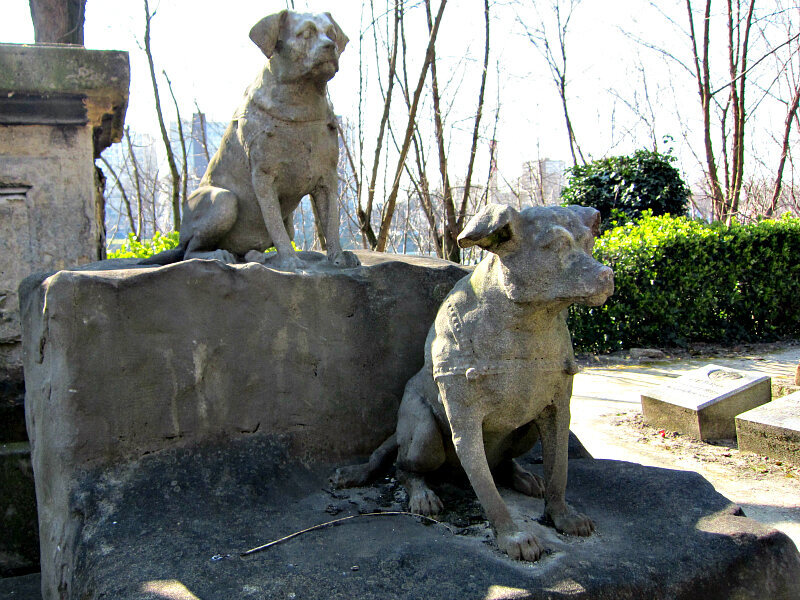 The brevity of a pet’s life in relation to its owner’s doesn’t lessen the emotional impact these animals have on our lives, and it’s only fitting that once they’ve passed on, we find ways to pay eternal tribute to them. The Cimetière des Chiens et Autres Animaux Domestiques, translated as the Cemetery of the Dogs and other Domestic Animals, in Asnières-sur-Seine, France, just outside of Paris claims to be the first pet cemetery in the world, and although there are some more ancient than it, it is the first to be basically a smaller version of our own modern cemeteries.

During my travels to Paris, I spent one morning exploring this pet cemetery, which was created in 1899 by Georges Harmois and feminist and journalist Marguerite Durand (Durand’s pony is interred right at the front of the cemetery). It’s easily accessible from the center of Paris through the Metro, and after crossing the Seine an ornate Art Nouveau entrance gate announces the arrival into a stately, small garden cemetery for dogs and other domestic creatures, including thousands of cats, horses, birds, rabbits, turtles, mice, hamsters, fish, a gazelle, a monkey, a lion, a sheep, and other animals. A small entrance fee gains admission, and also a map listing the location of the graves of famous dogs such as the TV star Rin Tin Tin and Moustache, a hero of the Napoleonic army. As an animal lover myself, who has had a devoted dog, a couple of feisty cats, and a small menagerie of lizards, fish, and various insects in my life, I found the Cemetery of the Dogs to be incredibly touching, with the most repeated epitaph being: “Je ne t’oublierai jamais,” “I will not forget you.”

Below are some images from the cemetery, where each grave is a tribute to the bonds people have with their animals, which don’t stop at death. 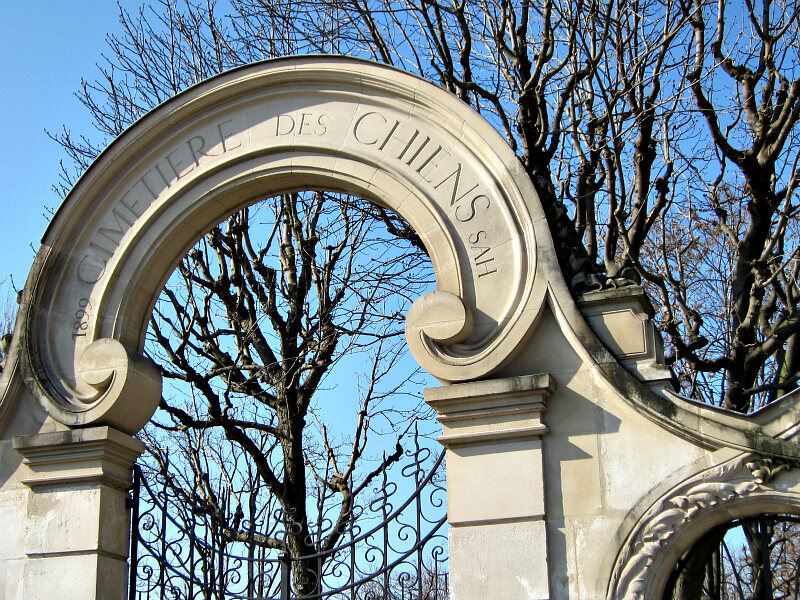 The Art Nouveau entrance to the Cemetery of the Dogs. 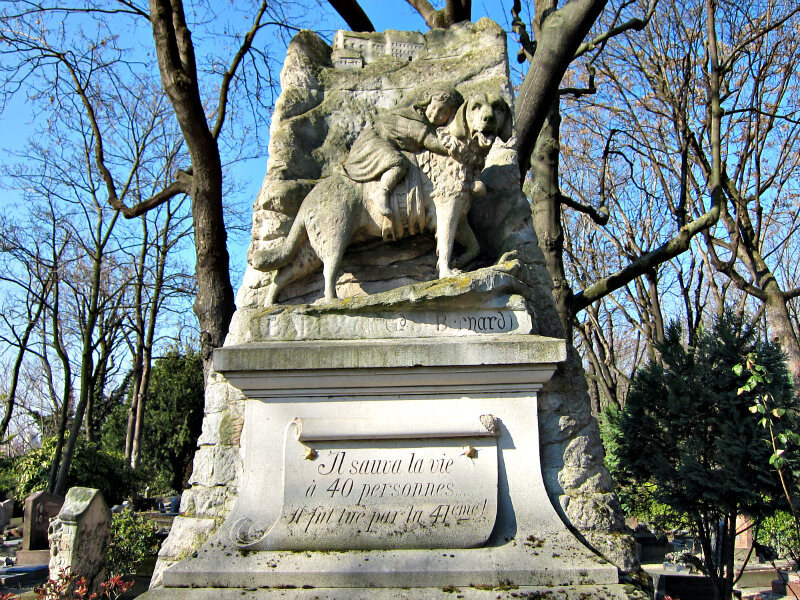 A tribute to the Saint Bernard named Barry who saved 40 people as a mountain rescue dog in Switzerland. Barry himself is actually taxidermied and on display at the Natural History Museum in Bern. 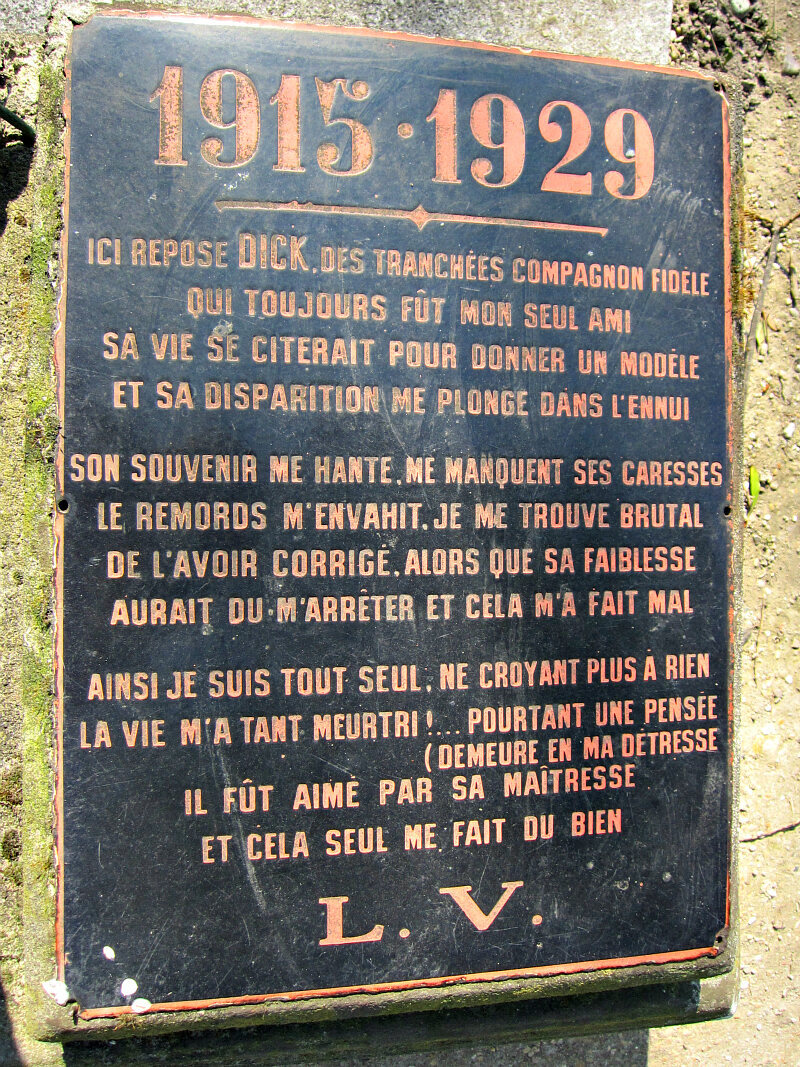 A memorial to a dog named Dick by the solider who he accompanied in the trenches of WWI. It ends: “Ainsi je suis tout seul, ne croyant plus à rien. La vie m’a tant meurtri! […] Il fût aimé par sa maîtresse et cela seul me fait du bien.” Translated: “Now I am alone, not believing in anything. Life has been painful! He [Dick] was loved by his owner, and that alone gives me comfort.” 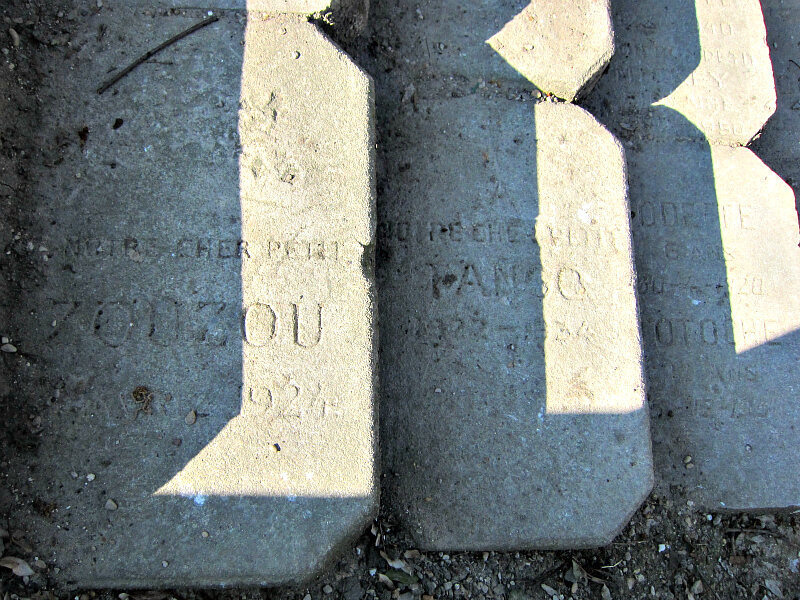 Curiously, the steps in the cemetery seemed to be tombstones for pets. 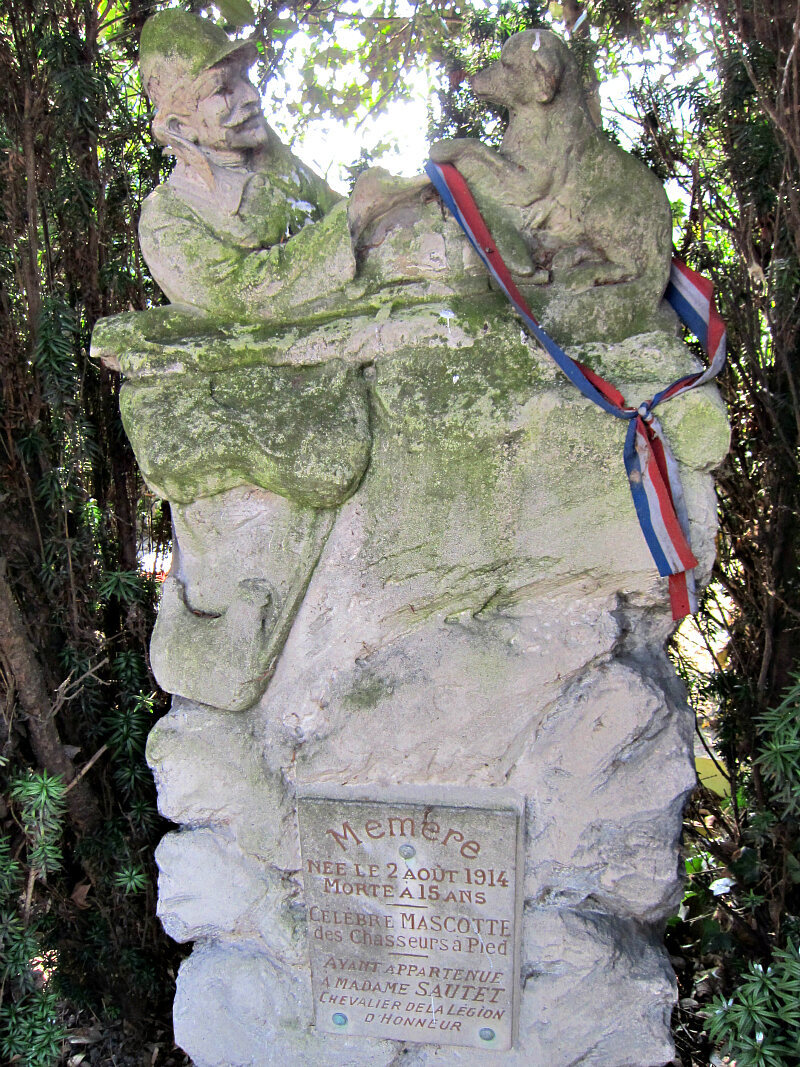 A memorial for Mémère, the canine mascot of the Chasseurs à pied, the light infantrymen in the French Imperial army 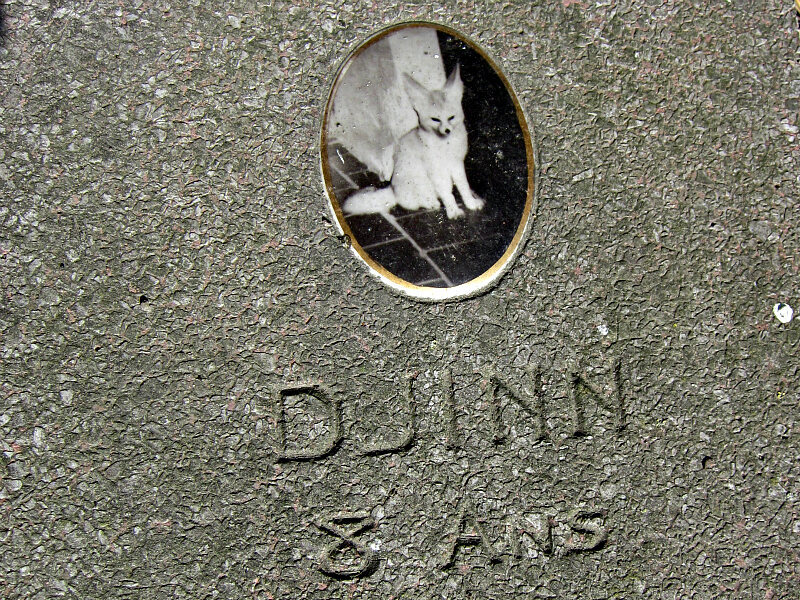 The grave of Djinn, a fennec fox. 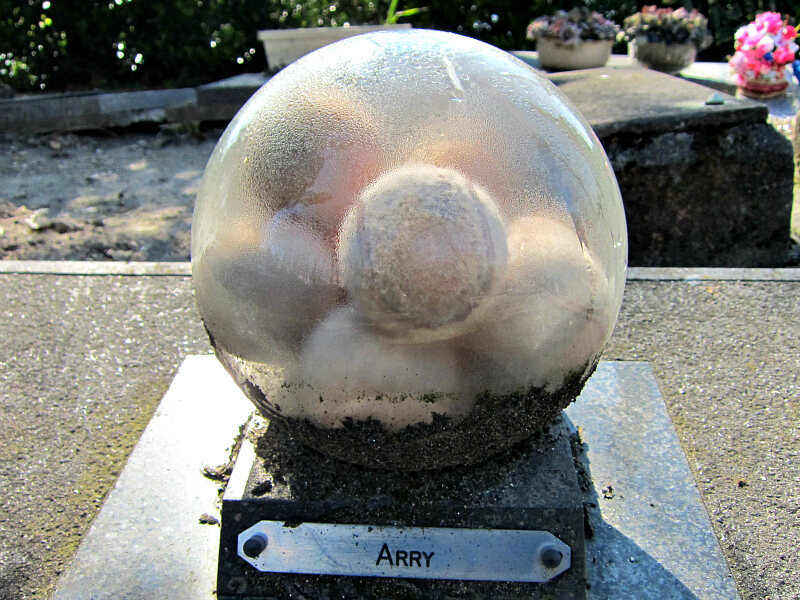 A memorial for a dog with a globe of tennis balls, possibly Arry’s toys. 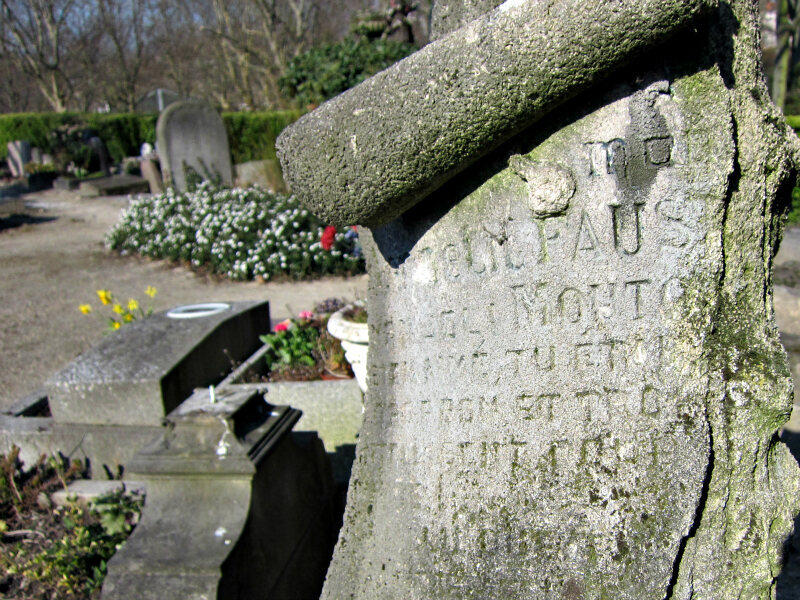 A tombstone for a sheep named Faust. 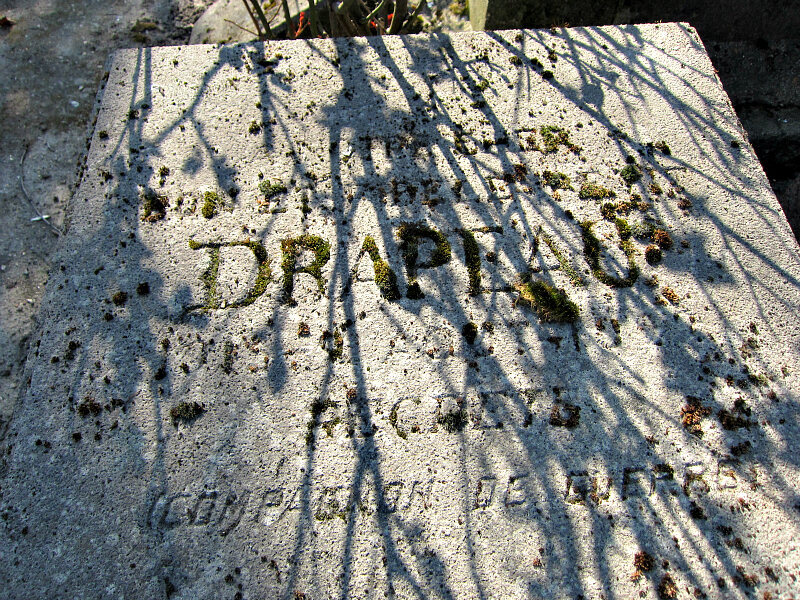 A grave for a dog named Drapeau (French for flag), a “companion of war.” 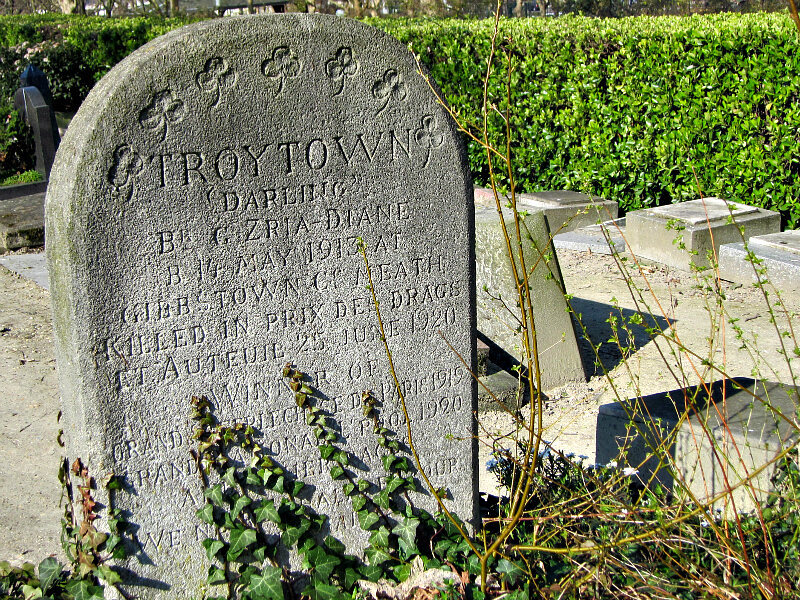 The resting places of Troytown the Irish horse, who had an unfortunate habit of barging right through fences, and in that way had a deadly fall in the 1920 Grand Steeple-Chase de Paris race. 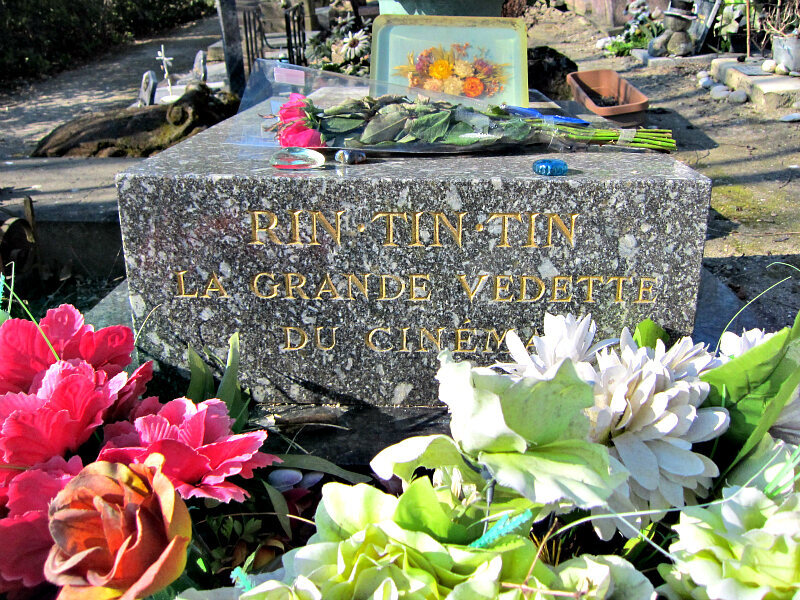 The grave of Rin Tin Tin, the Hollywood dog star whose owner sold his house so that the French-born canine rescued from the trenches could be buried in his home country. 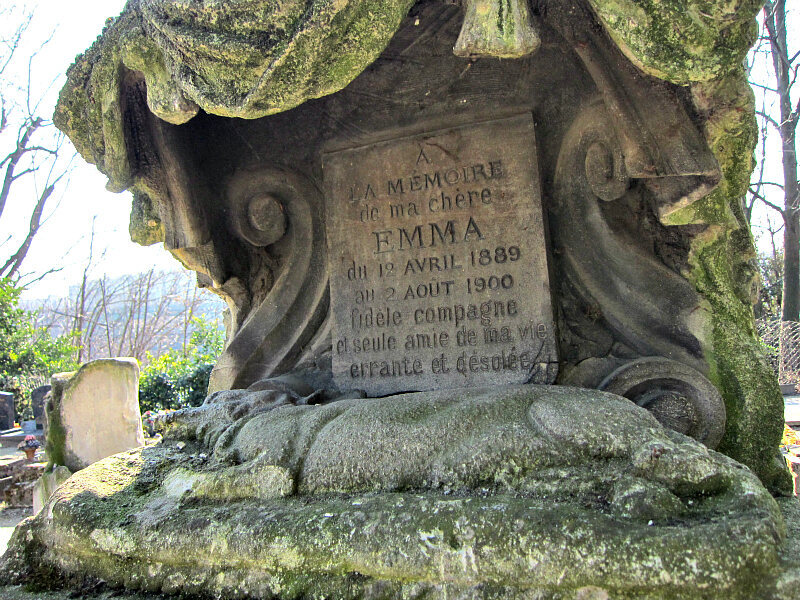 A sculpture of the dog Emma on her deathbed, with the epitaph: “Fidèle compagne et seule amie de ma vie errante et désolée.” Translated: “Loyal companion and only friend in my errant and sorry life.” 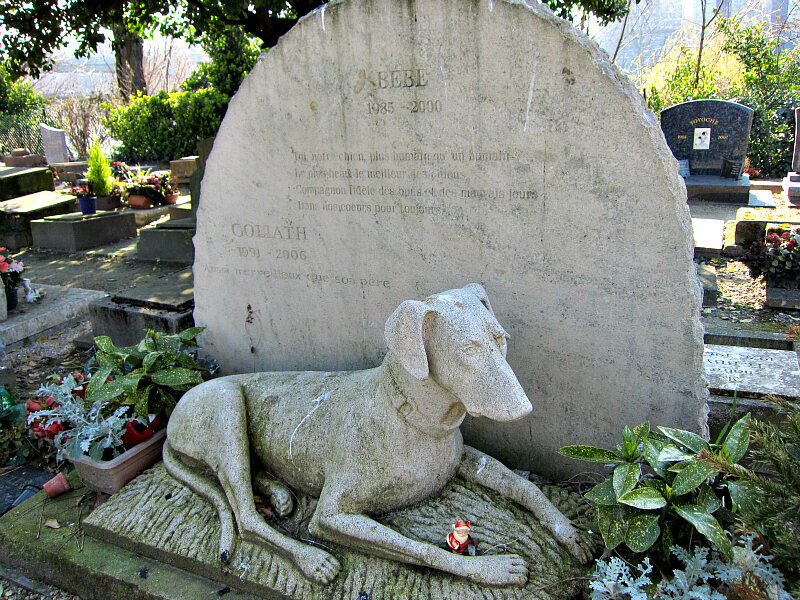 Memorial to a dog named Goliath. 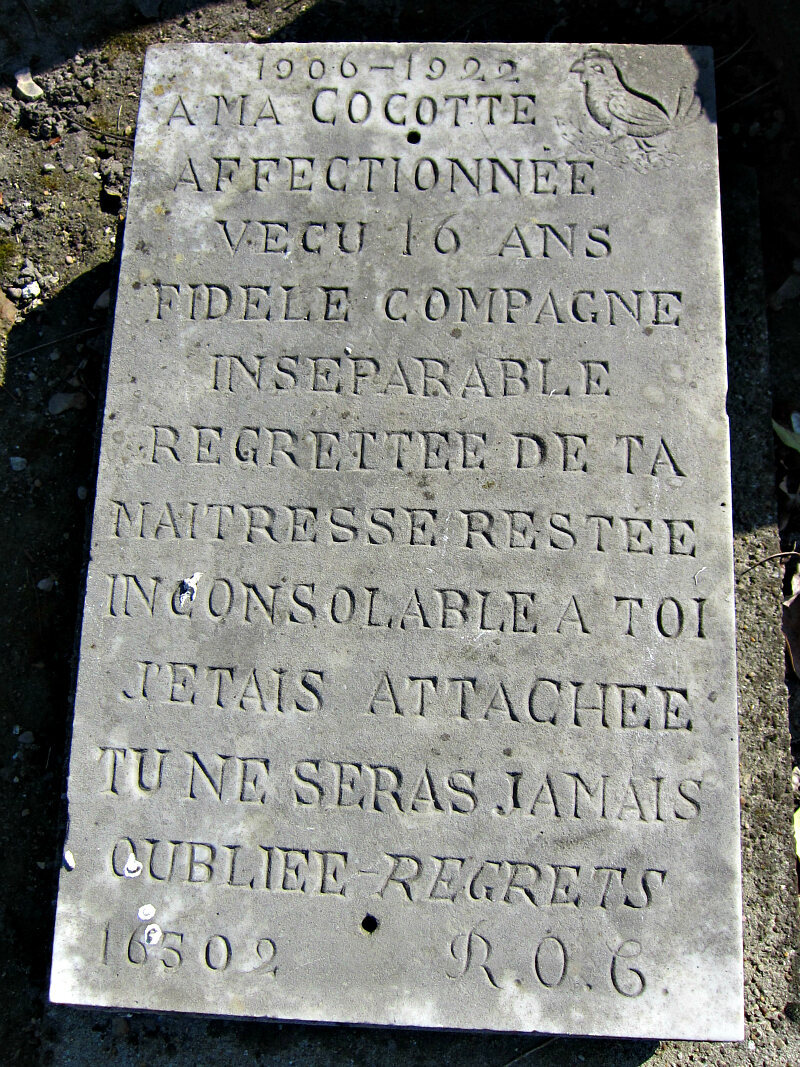 A gravestone and epitaph for a chicken, a “loyal and inseparable companion.” 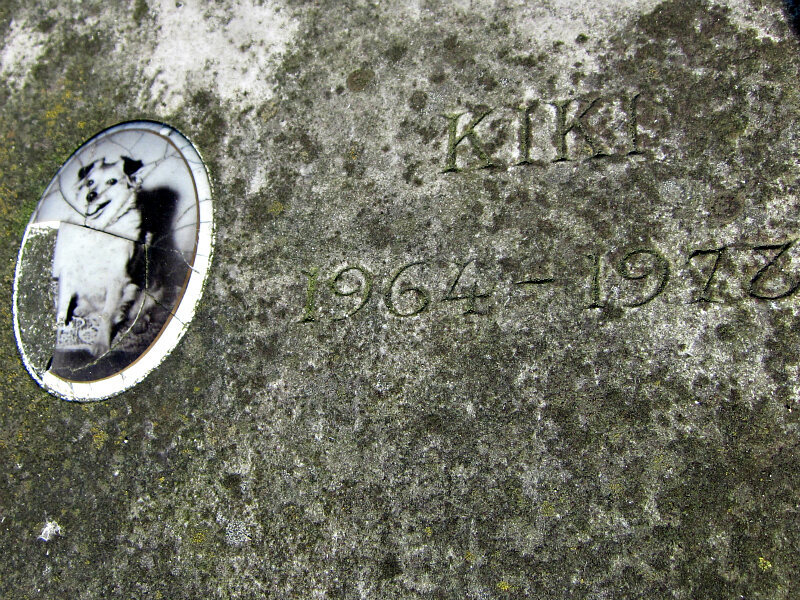 Tombstone for a dog named Kiki.

CEMETERY OF THE DOGS, Asnières-sur-Seine, France

Mercurial Mirabilia: Die Wunderkammer Exhibition at the Lodge in NYC