Stay in the one time home to one of Scotland's most notorious gentleman's sex clubs.
Place

"May prick nor purse ne'er fail you." 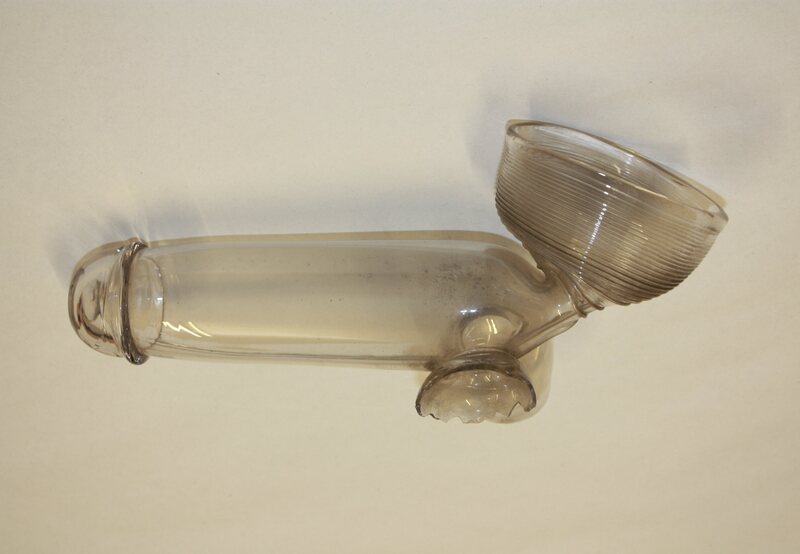 Scotland was a wild place in the 18th century: the battles and political unrest of the Jacobite uprisings, the scientific accomplishments of the Enlightenment, the inspiring poetry of Robert Burns… and of course, all the crazy sex clubs.

In Great Britain, notorious private organizations like the Hellfire Club dedicated themselves to the pleasures of the flesh with the motto Fais ce que tu voudras, or “Do what thou wilt” (later adopted by Aleister Crowley). The free-wheeling licentiousness had political undertones, however, with members seeing their embrace of natural desire and acknowledgement of sexuality as part of a resistance of sorts to the uptight and unrealistic attitudes of the church and proper society. Conveniently, all this moral rebellion also gave them an opportunity to get away from the wife and ogle some nubile young things with like-minded perverts.

Tony Perrottet, author and expert of unusual antique sexy-things, gave us a little more background on these extraordinary items

One of history’s great mysteries is why the sodden land of Scotland, more famous for its haggis than its hot lovers, spawned so many sex clubs in the 18th century. While many of the raunchy relics have disappeared in the British Isles, some objects survive in the far north.

Today, St Andrews is a quaint and leafy medieval town, best known for its golf courses and, more recently, the place where Prince William and Kate Middleton met as students. But hidden away in the Museum of the University of St Andrews is a cache of bizarre erotic objects that have somehow survived. These objects belong to a group called the Beggar’s Benison, whose members would gather in a tavern in the fishing village of Anstruther to watch naked “posture molls” gyrate on tables and then abuse themselves in unison, while the club president wore a wig said to have been made from the pubic hairs of King Charles II’s mistresses. 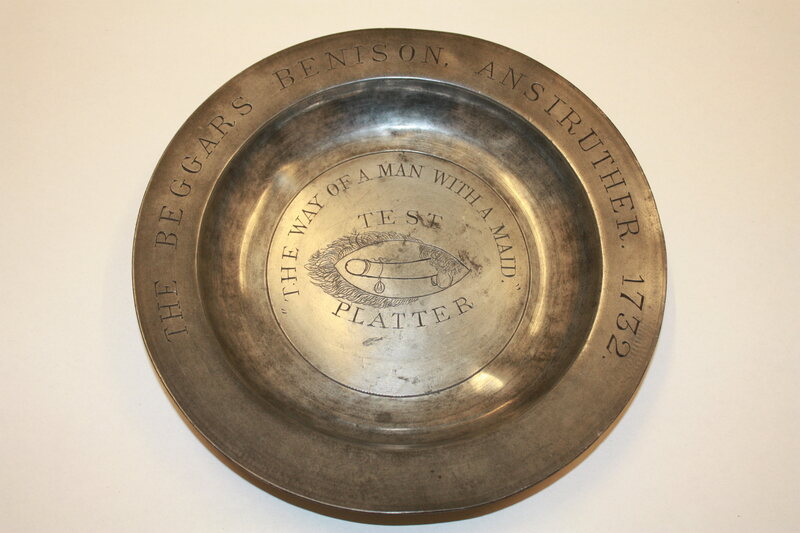 The Testing Platter of the Beggar’s Benison, upon which club members scattered their seed for over a century. (Photo courtesy of the Museum of St Andrews University)

Today, the museum’s collection includes a peculiar drinking vessel [pictured at top], which was known, for obvious reasons, as a “prick glass.” It was filled with wine and used for joke toasts; when a new member drank from it, wine would spurt down the front of his shirt. 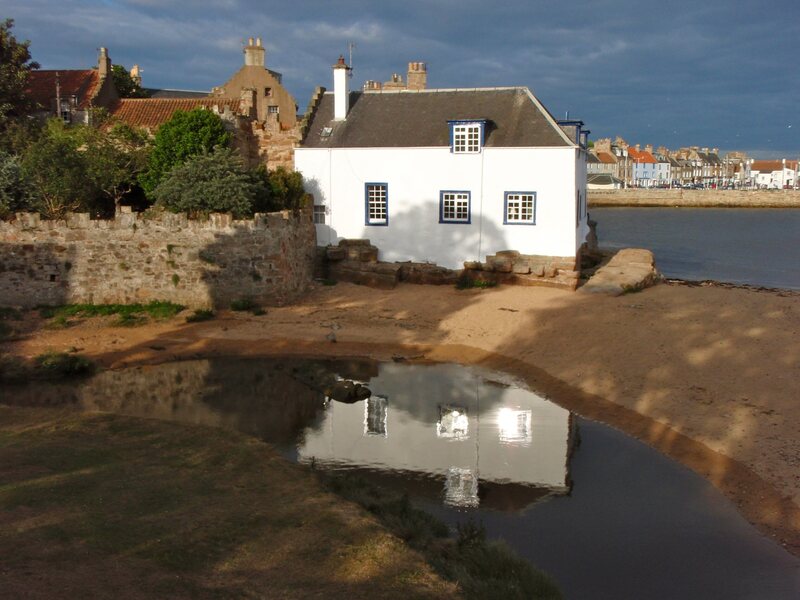 The pubic-hair wig eventually became the mascot of the Wig Club, whose members would take turns wearing the item at special meetings, believing it to endow sexual prowess. The holy wig’s stand and box are archived at St Andrews, but sadly, the pubic-wig itself went missing in 1913. It was last seen in a lawyer’s office in Leith. I tried to find it while researching my book The Sinner’s Grand Tour by putting an ad in the local paper – tragically, so far, no clues have turned up.

Tony Perrottet is a traveler and writer of odd and wanderlust-inspiring books including Napoleon’s Privates: 2500 Years of History Unzipped, and The Sinner’s Grand Tour: A Journey Through the Historical Underbelly of Europe. The author’s website is tonyperrottet.com

The Beggar’s Benison and Wig Club collection are stored away in the archives of the Museum of the University of St Andrews, and are not on public display. They can be seen by special arrangement only.

The Smuggler’s Inn can be visited any time. For authenticity, bring a copy of Fanny Hill to read over your pint.

Reporting from London - Extraordinary Maps at the British Library