In a forgotten part of downtown Los Angeles under a freeway exit ramp, lives the oldest puppet theater in America — The Bob Baker Marionette Theater.

Established in 1961 by Bob Baker, one of the world’s preeminent puppeteers, the beautiful theater (now a certified LA Historical-Cultural Landmark) and the intricately designed marionettes that live here have been entertaining adults and children alike for over 50 years. 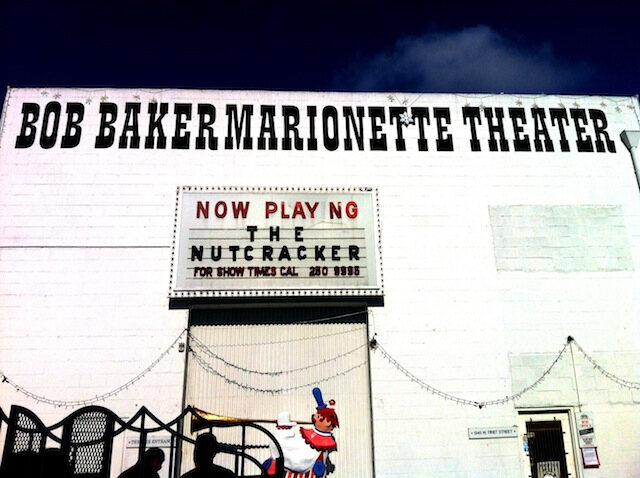 Bob Baker began his career as a puppeteer when he was only eight years old, giving professional performances for numerous LA-based puppeteer companies. By the time he was 20, he was head animator for Puppetoons, the Academy Award-nominated studio that popularized stop motion puppet animation. Baker went on to work for dozens of film studios (including Disney) and hundreds of productions, including G.I. Blues with Elvis Presley, Bewitched, Disney’s Bedknobs and Broomsticks, and Steven Spielberg’s Close Encounters of the Third Kind. He was instrumental in championing puppeteers’ rights to be part of the union. As a result, SAG and AFTRA now recognize puppeteers as actors with a special skill.

Now 89, Bob Baker can still be seen at the theater on occasion caring for his 3,000 marionettes that reside there.

On Saturday, January 26, Obscura Society LA visited this historic venue to watch a live performance of The Nutcracker and learn what it takes to be a puppeteer. We went behind the scenes with Alex and Rose, two of the theater’s puppeteers, who taught us the secrets of being a puppeteer. We learned how to correctly hold a marionette, why arm exercises are important, how a marionette is constructed, and why the art of puppetry needs to be preserved.

A deep blue sky framed the entrance of The Bob Baker Marionette Theater as we waited to watch their performance of The Nutcracker. 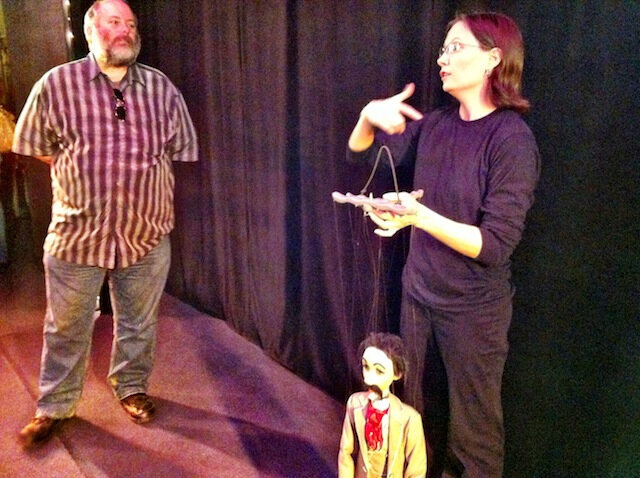 Here’s Rose, one of the puppeteers, teaching us how to properly hold a marionette. 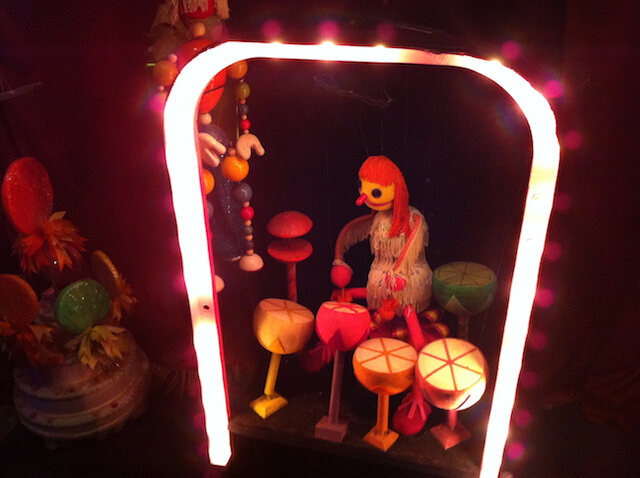 One of the coolest parts of the show was the disco scene in the middle. All of Bob Baker’s shows are known to have disco scenes in them. As Alex, one of the puppeteers, said, “We are big fans of disco here.” Here’s the drummer that rocked out during the scene. 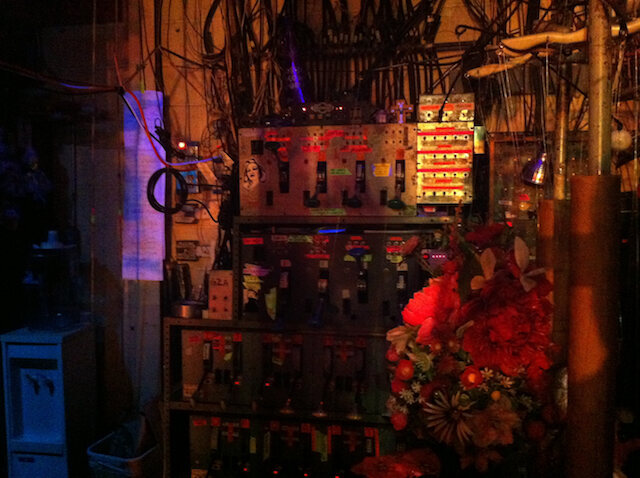 No joke — this was actually legendary Vegas performer Liberace’s light board! It was donated to the theater. 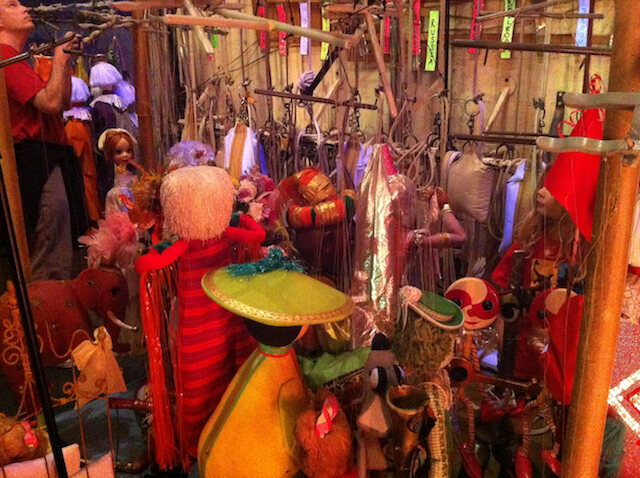 Backstage, the puppets discuss the politics of the day. At least, that’s what I hope they do. 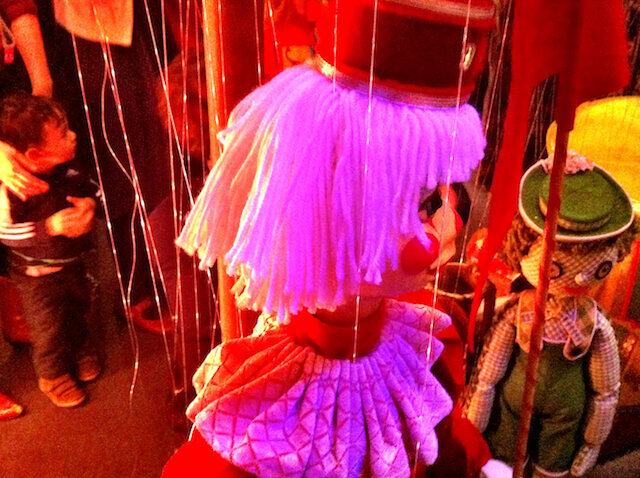 An eerie red-tinted clown, probably my favorite picture from the trip. 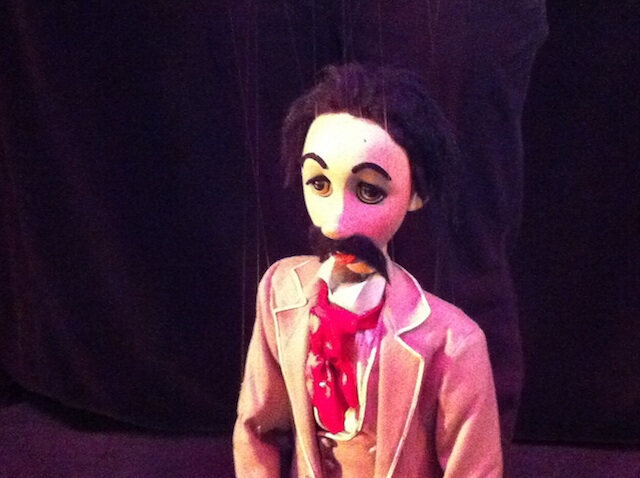 Here’s Papa — Clara’s father in The Nutcracker. This was the marionette that Rose used to show us how marionettes were constructed.

It was another fantastic adventure for Obscura Society LA. Many thanks go out to all who joined us and the Bob Baker Marionette Theater for giving us exclusive access! The theater has a new show beginning February 2 called Something to Crow About (Alex told us it’s his favorite show). Until next time discovering this fair city of ours, remember....

DO IT YOURSELF
The Bob Baker Marionette Theater has regular performances - check out their schedule here: Bob Baker: Now Playing. Backstage tours like ours are by special arrangement only.