Why Smell Like Flowers When You Could Smell Like Roast Beef? - Gastro Obscura
Want to see fewer ads? Become a Member. 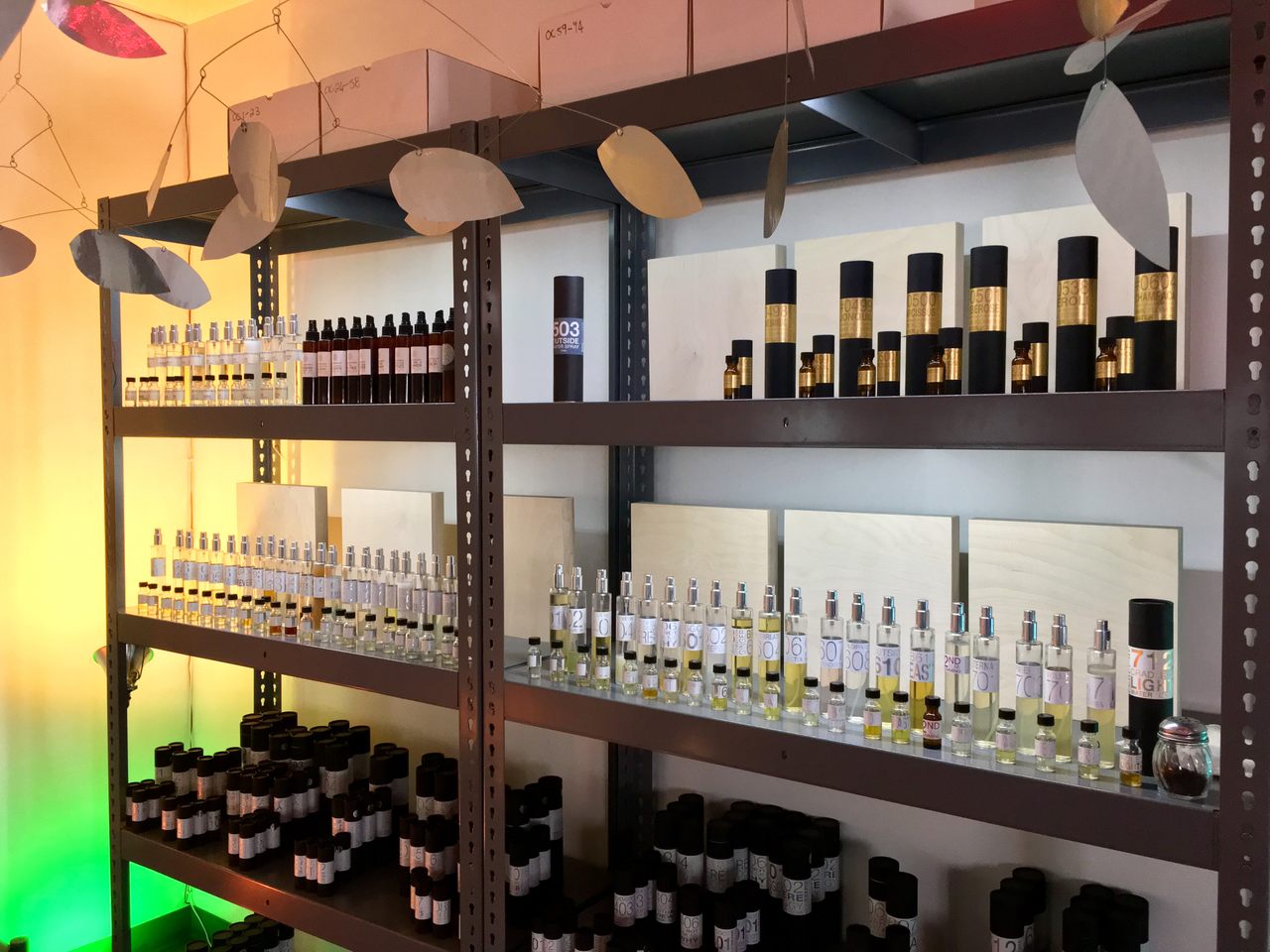 After lots of research and development, perfumer Christopher Brosius finally captured the fragrance of roast beef in liquid form. It evoked not only beef and gravy, along with carrots and potatoes. It was the smell of Sunday lunch made by his family.

There was one problem. While delicious-smelling, it didn’t exactly smell good on skin. At his company CB I Hate Perfume, Brosius makes unusual perfumes that smell like wet earth or a summer day at the beach. But roast beef was a stumper.

After years of thinking, he decided to layer the scent with notes of parsley and black pepper. He added more traditional perfume notes such as patchouli and tobacco and called the final scent CB BEAST. Most perfumes smell sweet or smoky, but CB BEAST smells savory and salty. “When you put it on the skin, it loses its immediate meat-like quality,” Brosius explains.

Roast beef isn’t the only thing on the menu at Brosius’ Brooklyn perfume gallery. A number of his 46 perfumes have food aromas. After all, few smells are as evocative and pleasant as familiar foods.

I talk with Brosius over the phone after visiting his gallery. He urbanely describes why he sometimes makes scents that may not smell good, but make people feel good. It’s an unusual approach to perfume. He’s been described as the rebel and even the “bad boy” of the perfume world, mostly for turning smells we take for granted, such as roast beef or dirt, into wearable scents.

A Pennsylvania native, much of his love of scent and food dates back to childhood memories of his aunt, a killer cook and Avon lady. He entered the perfume field through what he calls a series of accidents, including a stint as a taxi driver. But he was especially adept at identifying and remembering different scents, making him a natural perfumer.

He had a career in the beauty industry before founding his perfume company. CB I Hate Perfume is intended as a counterpart to perfumes that Brosius considers vague and synthetic (hence the aggressive name). Striking out on his own meant striking perfumes, such as “Gingerbread.”

Many food scents Brosius uses are homey, meant to spark emotion. With a bite like real ginger ale and a toasty edge, Gingerbread smells eerily like the holiday treat. The perfume is derived from the same spices that go into actual gingerbread.

In the gallery, I notice a small section dedicated to accords. In perfume lingo, accords are aroma blends that come across as a single scent. Accords are then mixed to produce more complex perfumes. While typical accords are floral or woodsy, two of Brosius’s catch my eye: Pumpkin Pie and Chocolate Box.

Chocolate Box smells like a repurposed cardboard chocolate box with its treats long gone. Brosius based it off the smell of boxed Cadbury chocolate. As for Pumpkin Pie, I expect it to smell similar to Gingerbread, or like the infamous pumpkin spice latte. But along with the spices, the scent has an element that can only be described as eggy—channeling the custard in pumpkin pie. Brosius considers olfactory accuracy essential. “If I call something Pumpkin Pie, it has to smell exactly like pumpkin pie,” he says.

Scents such as Pumpkin Pie are blended to produce others, such as one perfume meant to evoke the month of November. The pie scent is combined with the smells of apples and woodsmoke. One perfume replicates the sweet-sour aroma of McIntosh apples and another a kitchen filled with lettuce and green beans. Roast Beef was available as an accord, but it wasn’t popular. On the other hand, CB BEAST has been sold since 2012, and is pitched on the CB site as “an excellent ‘perfume’ for those who are not interested in ‘perfume.’”

Since he first started capturing food scents, Brosius has noticed that people’s noses can be led by labels. After smelling the birthday cake scent he concocted, people told Brosius that it smelled like their childhood cakes: icing, candles, and all. But Brosius based the scent on his own childhood birthday cake, which was unfrosted angel food.

“When it comes to smells, the name is very powerful,” Brosius says. He’s planning a new collection of untitled scents, which will include aromas of hot cocoa and just-peeled oranges. He hopes the lack of titles will let people draw their own conclusions.

Making perfume is both art and chemistry. After years of working for the cosmetics firm Kiehl’s, Brosius learned the smelly science of natural and synthetic compounds. As for the art, creating accords and perfumes seems something like composing music. Brosius says he catalogues scent notes in his head and can imagine harmonious combinations even before blending them.

But creating authentic food scents has always been incredibly difficult. Even back when Brosius collaborated with high-tech fragrance laboratories that could isolate a scent’s molecules, smells such as French fries proved elusive. These days, Brosius’s perfume-wired brain does all the work. CB I Hate Perfume production assistant Michael Weiss describes how Brosius sits quietly and thinks at the gallery, which is also where all the scents are made. Sometimes, Brosius takes notes, or sniffs potential ingredients from his scent collection. When he has an idea, he pipettes and drips compounds into bottles, gradually creating the perfume he just imagined. (Much more description than that ventures into trade secrets, Weiss says.)

Why doesn’t more perfume smell like our favorite foods? Brosius says the modern perfume industry is still rooted in French royal tradition. Louis XIV didn’t want to smell like a sugar cookie. While perfumes may incorporate vanilla or spice, many perfume companies choose vaguer concepts for scents, giving them titles such as “Obsession.”

Many of Brosius’s perfumes are based on scents and experiences meaningful to him. The comforts of cake, pie, and Sunday lunch are compelling when they’re transmuted into perfume, and Brosius doesn’t really mind if they’re interpreted differently than he designed. “Whenever somebody has a reaction, and they describe what a smell means to them, they’re always absolutely right,” he says. Even if that means his angel food cake gets turned into a layer cake.

How Did a Lobster Get a Pepsi Logo on Its Claw?

In 2022, we covered the world’s most creative cuisine.
food

Not a gummy bear was spared during the Great Borough Bake-Off.
witchcraft

The inventor of the Coney Island hot dog rests in a grand mausoleum in Brooklyn.
Brooklyn, New York

This family-owned bakery is one of the last places in Brooklyn to sell the Nation of Islam–inspired bean pie.
Brooklyn, New York

A B.Y.O.B. Mexican cantina lives inside one of the last tortilla factories in Brooklyn.
Want to see fewer ads? Become a Member.
From Around the Web
THE GASTRO OBSCURA BOOK
Taste the World!
An eye-opening journey through the history, culture, and places of the culinary world. Order Now