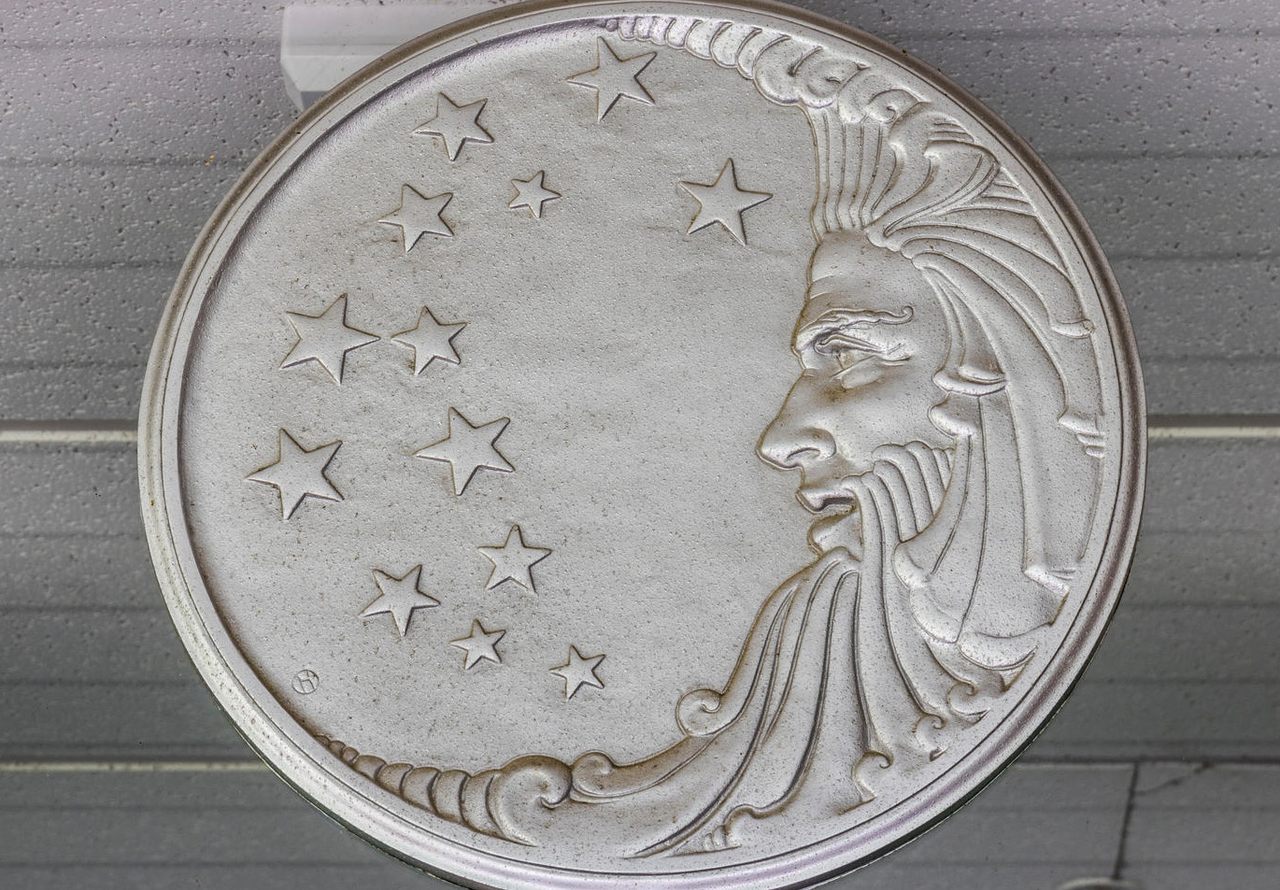 If you were alive in 1982, you might remember a very special episode of Phil Donahue’s talk show. On that day, the President of Procter & Gamble went on the program and admitted that the company supported the Church of Satan and that its logo contained Satanic symbols. Oh, it happened in 1985? Actually, others remember the episode airing in 1989.

The truth is, this never occurred. P&G has never had any connection to the Church of Satan. The Church itself describes the claim as “completely false.” But the truth has never stopped a good rumor from catching on.

To better understand the P&G rumor, it’s important to grasp its broader context. During the late 1970s through the late 1990s, a potent fear of Satanic cults, known as Satanic Panic, gripped the United States. Years of news and cultural touchstones like the Manson Family trial and The Exorcist had primed the country for this paranoia. In his seminal 1972 study, Folk Devils and Moral Panics, British sociologist Stanley Cohen coined the phrase “moral panic” in reference to events like this, which appear suddenly to threaten societal norms. These events are misrepresented in sensationalistic fashion in the media and eventually reporting on the subject comes to define it for the public.

When the first article on the P&G rumor, “Rumor Giving Company a Devil of a Time,” appeared in The Minneapolis Tribune in March 1980, Satanic panic was hitting its peak. The story detailed an accusation of Satanic imagery hidden in the company’s logo—a man in the moon looking out on 13 stars. But as a spokesperson from P&G, Tressie Rose, explains, this claim was without merit. “[It was] first developed by wharf hands to mark STAR candle crate boxes,” Rose writes in an email. “We then decided to formalize it, created the graphic, 13 stars for the 13 original American colonies. It was officially trademarked in 1882 but the incorporation of a face in the moon happened before that. It was the logo created in 1930 that created the rumor but not until the 1980s, 50 years after its creation.”

To most people, that design would appear insignificant, but most people aren’t Jim Peters. In the 1980s, Peters was the music director at the Zion Christian Life Center in St. Paul, Minnesota, and a member of a family of anti-rock crusaders who instigated a record-burning campaign in 1978. His brothers, Dan and Steve, initially gained notoriety for a series of seminars and a pseudo-documentary in the vein of Rock, It’s Your Decision called Truth About Rock.

Jim, who could not be located in research for this article, was just as ambitious and had been delivering seminars of his own. When interviewed by The Tribune for the article, Peters claimed to have found a copy of the P&G logo in a book by British Egyptologist* E.A. Wallis Budge called Amulets and Superstitions. A member of P&G’s public relations team responded at the time by stating, “This is the kind of rumor we can’t do anything about … People will believe what they want to.

To its credit, P&G was right and the story disappeared for almost two years until January 1982 when papers in the Midwest began running variations on a wire story from United Press International. The articles had titles like “Soap Baron Battles Devilish Rumors” and again made references to P&G’s logo, but this time without any connection to Jim Peters.

Oddly, this version of the rumor was more specific and drew direct connections. First, the curls in the beard and hair of the moon man resembled the number six, and each pattern of curls happened in a series of three. Additionally, when connected, there were three distinct patterns in the 13 stars that created another series of three sixes. In the minds of many, the recurring instances of the number 666 in the design of the logo were references to the mark of the beast in Christian theology.

In an attempt to get out ahead of the story, P&G filed lawsuits against a number of people caught spreading the rumor, including an Atlanta weatherman. The Phil Donahue anecdote seems to have come out of this era, appearing on leaflets alerting people to the supposed Satanic connection. After fielding 15,000 related calls and letters in June and July 1982, the company also employed an aggressive media relations strategy on the West Coast where it was believed the new version of the rumor originated.

Again, P&G seemed to have some success and the story quietly disappeared by the end of 1982. Unfortunately, it again found life in 1985 when The New York Times reported on leaflets being circulated around New York City claiming P&G was in league with the devil.

It seemed no matter what P&G did, the rumor would not die. Then again, it’s hard to kill a rumor when you have opponents actively working to promote it. In a 1991 retrospective by The Washington Post, Paul Martin, a former Minnesotan, recounted a meeting with the Peters family in 1985: “These three brothers from the Zion Christian Life Center—Dan, Steve and Jim Peters—came to speak to my boys to tell them to burn their rock music albums … They showed a slide of the Procter & Gamble symbol and said it was the same as the Church of Satan in Minnesota.”

In a last-ditch effort to exorcise the company of its demons, P&G announced in April 1985 it would be dropping the logo indefinitely. But the gamble blew up in the company’s face in spectacular fashion. Concerns became so widespread that public officials were even drawn into the firestorm. In April 1986, an exasperated Attorney General from South Dakota issued a press release to state media reminding them that no executives at P&G had sold their souls to the devil.

However ridiculous this may seem, moral panics like the Satanic panic are sustained on strange conspiracies like the P&G rumor because these kinds of stories are almost impossible to debunk. In his 2003 book A Culture of Conspiracy, political scientist Michael Barkun observed that these kinds of ideas survive because they “…[promise] a world that is meaningful rather than arbitrary. Not only are events nonrandom, but the clear identification of evil gives the conspiracist a definable enemy against which to struggle, endowing life with purpose.”

In the case of Jim Peters, that enemy was clear. In P&G, he saw Satan. But as the 1980s faded into the 1990s the specter of religious paranoia slowly gave way to material concerns. In 1990, P&G announced the first of a number of lawsuits against Amway distributors. A pioneer in the field of multi-level marketing, Amway farmed out sales of its products to third-party distributors who would occasionally engage in aggressive sales tactics to boost sales.

In 1990 and then again in 1995, Amway distributors were caught using Amway’s voice mail system to send messages to consumers stating that P&G profits supported the Church of Satan. P&G sued in both cases, but a series of twists in the 1995 lawsuit would cause the case to take over a decade to finish. In 2007, however, P&G won its civil suit against the Amway distributors and seemingly put an end to the rumor for good.

In 2013, P&G announced the return of a moon-like design to its corporate logo. Whether this inspires a new wave of Satanic rumors, only time will tell, especially in an environment in which a pizza shop can be accused of being a front for Satan-worshipping pedophiles. Jim Peters lives on in the spirit of “Pizzagate.”

Psychologist Rob Brotherton, author of Suspicious Minds: Why We Believe Conspiracy Theories, suggests that such salacious rumors are likely to continue finding receptive ears. “A lot of our beliefs, conspiracy theories included, are based on how well they fit with our intuition,” Brotherton writes in an email, noting that research into this subject is in its nascent stages. “So one strategy for making people a little more resistant to conspiracy theories would be to get them to slow down and process the claims more analytically, and to realize that their brain might be being biased.”

* Correction: This story originally identified E.A Wallis Budge as an “occultist.” He was an Egyptologist who studied amulets and superstitions throughout history.

Salacious Convent Exposés Were the Most Popular Books in Antebellum America

The Best Demon Illustrations of All Time

Even today, the 1863 edition of the "Dictionnaire Infernal" is the stuff of nightmares.
occult

Before Sloth Meant Laziness, It Was the Spiritual Sin of Acedia

And why early monks in the desert didn't want to fall asleep during the day.
animals

Your Votes Are In: Sloths Are Cute