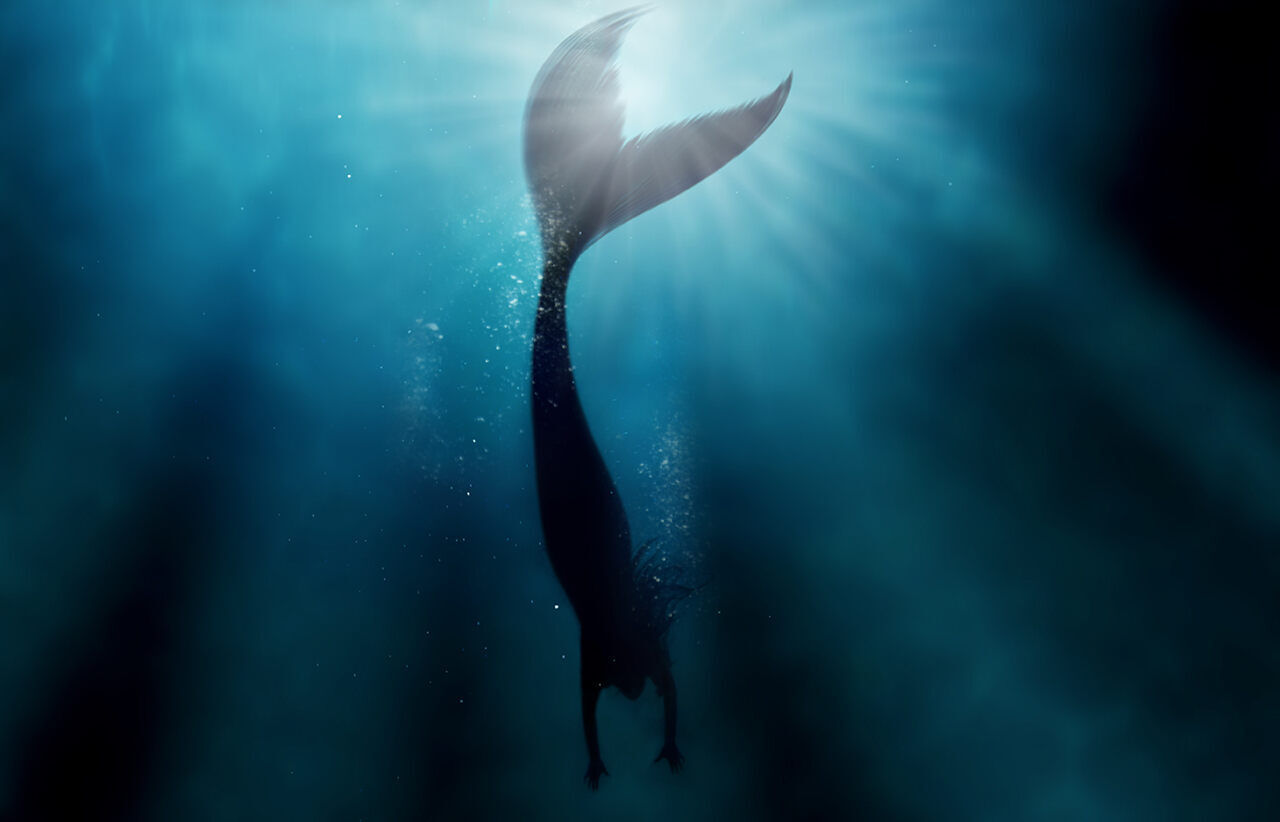 The de facto symbol of Copenhagen is this bronze fairytale which cannot seem to keep its head for very long.
Place

Reportedly 1,400 years old, this may be the first of the Fiji Mermaids.

For centuries, mermaids have captured the imagination of both sailors and landlubbers, fascinated by the idea of hidden fish people beneath the waves. Yet the exact nature of these underwater humans has varied pretty wildly over the years. Even though the fantastical beings are clearly fiction, there are still places all over the world where you can visit actual mermaids in some form or another whether they are Barnumesque hokum, frolicking manatees that inspired the myth in the first place, and even some South Korean fisherwomen that have come to be known as mermaids. All across the world, mermaids are real!

If the legends surrounding this hideous little goblin found in Japan’s Tenshou-Kyousha Shrine are to be believed, it may be the oldest mermaid on this list. As the story goes, this creature is 1,400-years-old and once appeared to a local prince claiming to have once been a regular fisherman who was cursed after fishing in protected waters. The mermaid is said to have asked the prince to build the shrine as a reminder of his mistake, displaying the cursed corpse for all to see. However this is more likely a taxidermy abomination.

Possibly one of the least expected places to see so-called mermaids is in the waste water pools of this Florida power plant. It is widely believed that the myth of the mermaid is primarily inspired by manatee sightings as the bulbous, fleshy sea-cows gracefully floated beneath the waves. A large group of the animals continues to do so today outside of this Florida power plant as the heated waste water from the facility drains out and creates a comfortable environment for the creatures, which from such a close vantage point, are definitely some unattractive mermaids.

This classic feejee mermaid located in Vermont’s quaint Nature Museum was taken from a fraternal lodge. The ugly beast bears all the hallmarks of a Barnum-esque hybrid from the sickly fish tail to the desiccated body, cobbled together from unknown animal parts. Although the likely culprit is some type of small monkey. Unlike many feejee mermaids, this one has a mustache, although its hard to say whether facial hair is a gender indicator within fake mermaid physiology. It should be noted that this little guy is held in storage in the museum’s basement but brought out from time to time.

As opposed to the other creatures on this list, these South Korean “mermaids” are actually just human women who have come to be known as legendary fisherpeople. Flipping the traditional South Korean gender roles, the “Haenyo” of Jeju-Si island are responsible for the community’s fishing duties, earning their fantastical nicknames thanks to the practice of free-diving for their catches. Unfortunately the traditional practice is nearing extinction due to the younger generation increasingly leaving the island to work in the bigger cities. This of course has left only elderly fisherwomen to continue on as the Jeju Mermaids, although their age makes them only the more incredible.

This is the only merMAN on the list, but you can hardly tell by looking at him. This feejee-mermaid-type chimera, located in a Canadian shop was said to either have been acquired or actually created by the store’s original proprietor, Norman Luxton. The gross looking monster, with its clearly carved grimace is a far cry from the lovely merpeople of legend, but it is beloved none the less.

Florida’s “City of Mermaids” is probably the closest one is going to get to seeing the idealized Western version of a real mermaid in the flesh. Since 1947, the tiny town, with its population in the single digits, has been nome to a live mermaid show where women don glittering tails and flit around a giant aquarium that is fed by a natural spring. The mayor of the little berg is even a former performer from the city, making Weeki Wachi possibly the only city in the world to be governed by a mermaid.

This is of course the quintessential mermaid from which most all other mermaids are judged. The famous Copenhagen statue was inspired by the Hans Christian Anderson tale of a comely mermaid falling in love with the surface world. The statue is the essential vision of a mermaid as the Western world knows them. A beautiful young girl on top, and a massive fish on the bottom. A classic.

Islands of the Undesirables: Randall's Island and Wards Island

Need some animal babies in your life? Check out these live feeds.
ruins

Tyrannosaurus Wrecks: The Most Delightfully Derpy Dinosaur Parks You'll Ever Drive Past