How a Tiny Plant Made a Big Comeback in West Virginia - Atlas Obscura
Want to see fewer ads? Become a Member. 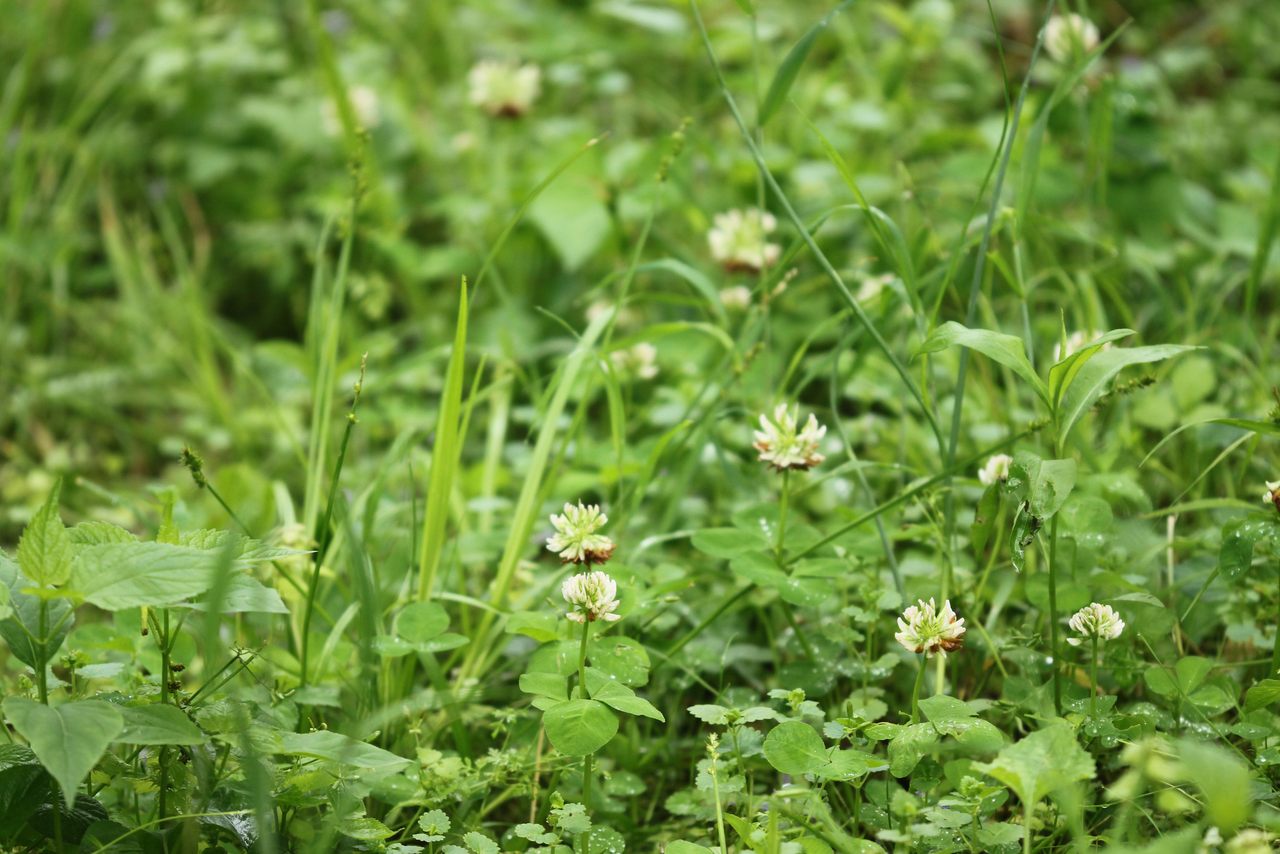 The running buffalo clover used to sprawl across eight states, from West Virginia to Arkansas. The secret to its success? The crushing hooves of buffalo (hence its name). The more it was trampled, the more it flourished.

But when bison disappeared in the U.S., the running buffalo clover vanished too. In fact, researchers believed the plant was extinct, having not been spotted since 1940—until a population was found in West Virginia 36 years ago.

Now, after decades of conservation there, the small clover, which grows up to eight inches tall, stands to be removed from the list of species protected under the federal Endangered Species Act—a rare success for any plant or animal, let alone a small, somewhat forgettable clover.

Biologist Rodney Bartgis came across a patch of running buffalo clover on his second day of work at the Nature Conservancy. It was 1983, and Bartgis was taking inventory of plants in the area. He and another botanist were wandering around an old jeep trail in the New River Gorge when Bartgis spotted a trail of “unique-looking” green leaves on the ground that could only come from one plant.

“I said, ‘That’s running buffalo clover!’ and [the other botanist] bet me a steak dinner that it wasn’t,” Bartgis says. “And I won that steak dinner.”

After other members of the Nature Conservancy confirmed the find, the clover was officially declared no longer extinct and placed, instead, on the endangered-species list in 1987.

At first glance, the running buffalo might seem indistinguishable from other species of three-leaf clover. But Bartgis says the plant produces distinctive runners—also called stolons—which trail along the ground and produce little clumps of clovers along the stem. The clover also produces delicate white flowers roughly an inch wide, with two large green leaves on opposite sides of the stem below the bud.

“Part of the reason … it took us a while to start to find populations in the wild is that, unlike a lot of rare plants in the eastern [U.S.] forest[s], this one likes clear, obvious disturbances,” Bartgis says.

In other words, the clover won’t grow in the kind of pristine areas one normally associates with conservation. But a jeep trail covered in tire marks is a perfect landscape for it to thrive.

When the clover was first rediscovered, U.S. Fish and Wildlife Service forest managers were told to avoid driving skidders (heavy vehicles usually used for logging) in the area populated by the clovers. But this only made the clovers disappear. So the researchers had to get creative.

“Oftentimes when you find an endangered species, you say, ‘OK, I’m going to step back and not touch it,’” says Melissa Thomas-Van Gundy, a research forester with the U.S. Forest Service. “But this one likes being run over by a skidder. It’s a funny plant.”

In the Fernow Experimental Forest, a research forest in West Virginia, managers have long used heavy machinery like skidders every 10 years or so to haul trees out of the woods. Thomas-Van Gundy realized that the skidders—and the occasional elk— had helped ensure the clover’s success in West Virginia in the years before anyone knew it was there. So in her work monitoring the populations in Fernow, Thomas-Van Gundy tries to run over the clover with a skidder about once a decade.

“You do need to remember to disturb it,” she says.

Since 1987, when the running buffalo clover was declared endangered, USFWS researchers have found as many as 154 populations in West Virginia and five other states. But it’s not out of the woods just yet. The clover still faces threats from invasive species such as stilt grass and other non-native clovers. The Fernow Forest, meanwhile, has its own challenges: new threats from natural-gas companies looking to build pipelines near the clover’s habitat.

“Gas development and coal mining are being done without [taking into account] what’s on the landscape,” Bartgis says. “When there are things like running buffalo clover that’s hiding out there just waiting to be found, we don’t know what we’re losing.”

Meanwhile, the enigmatic clover won’t be officially in the clear for several more months. The USFWS has a public comment period open until October 28, at which point the clover’s case for delistment will be reviewed. Even if it does make it off the list, Thomas-Van Gundy says, biologists will be required to closely monitor populations for several years to ensure that the species is in fact stable.

This is actually the second time the Fernow Experimental Forest has helped delist a species, Thomas Van-Gundy says. The first, in 2006, was the successful conservation of the West Virginian flying squirrel.

“Clovers don’t have the furry faces and the big black eyes,” she says. “They don’t make as good poster children.” Bartgis agrees: “Plants just don’t get the attention … [charismatic animals] do.”

Even plants that need a periodic trampling to survive.

Where Are Europe's Last Fairytale Forests?

Mapping the oldest and least-disturbed tracts of trees is easier said than done.
forests

In Oregon, the Humongous Fungus plays a complex role in an ecosystem reshaped by humans.
Video • Object of Intrigue