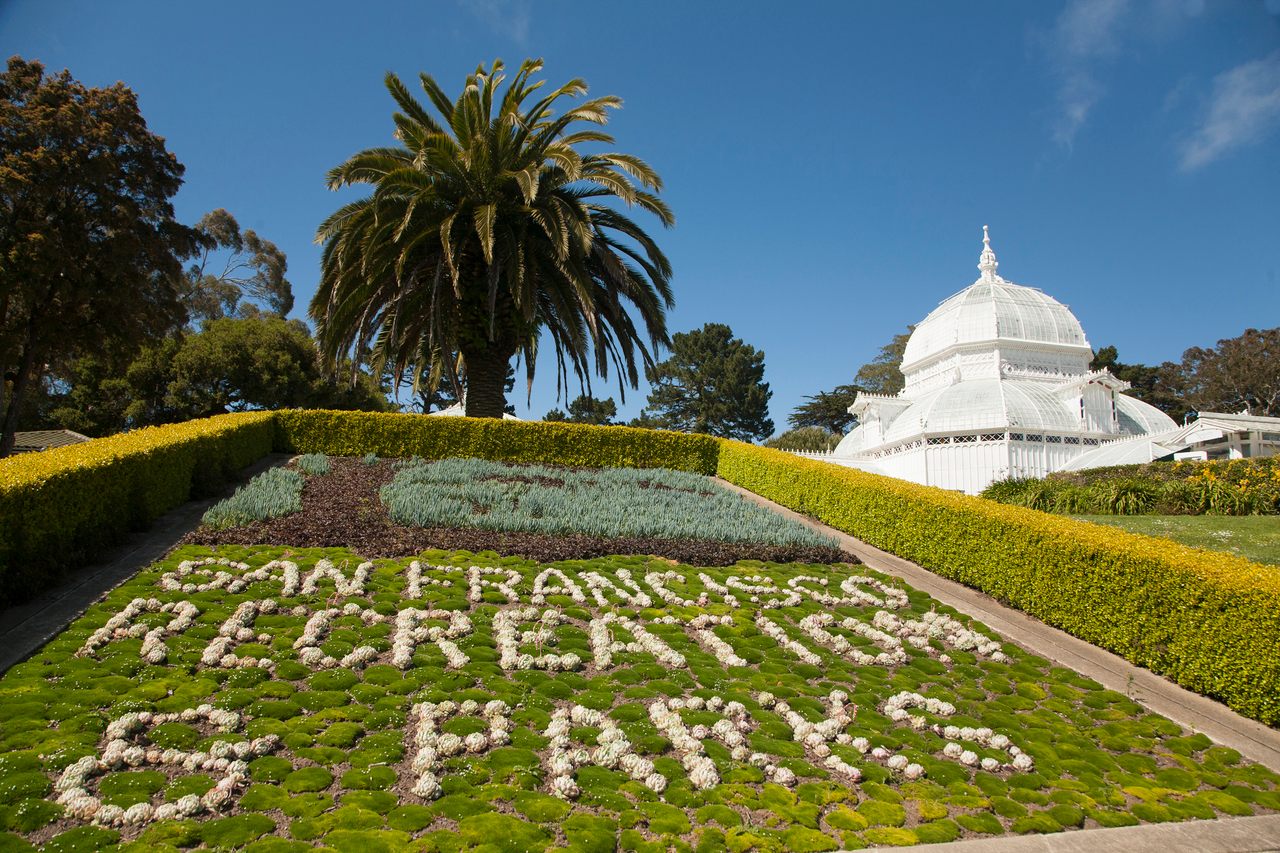 In 1982, children’s book author Byron Preiss published The Secret, about a mythical treasure and its guardians—magical creatures hidden from human view. The enchanted beings—including Mugwumps, Devil Dogs, and Tinkerbelles—were a figment of Preiss’s imagination.

But the treasure was not. Before the book’s release, the writer concealed 12 ceramic keys in hand-painted casques, then buried them in public parks around the U.S. Each key could be returned to Preiss in exchange for precious jewels, collectively worth around $10,000.

But Preiss’s treasure hunt had a problem: The treasure was too well hidden. Seekers found it nearly impossible to unravel the rhyming riddles and elaborate paintings that mapped the location of the casques. In 37 years only two have been found. No one knows exactly where the remaining casques are buried—or if they still remain, nearly four decades later, in their original hiding places.

But general consensus suggests one thing is true: Preiss hid one of his casques somewhere in the 220 public parks of San Francisco. To preserve the game’s integrity, Preiss told no one the whereabouts of the buried casques—including city officials.

So when the San Francisco Recreation and Park Department received an email request to dig for buried treasure in Golden Gate Park, in January 2018, it was the agency’s first introduction to The Secret. Charmed by the story, “we decided to lean in,” says Phil Ginsburg, general manager of SF Rec and Park. “In a big city, we have serious problems. Digging a few holes is not one of them.”

Within a month the department had created a new program, the Treasure Rangers, to allow treasure hunters to dig while ensuring that irrigation lines and flower beds would remain undamaged. Acting as both wizened guides and environmental protectors, the Treasure Rangers are San Francisco’s contribution to Preiss’s imaginary world.

“Our goal is to protect and steward our park system,” says Ginsburg, “but also to be its ambassadors—to facilitate joy and whimsy and fantasy.”

Selected from the ranks of the city’s park rangers and gardening staff, Treasure Rangers are assigned to treasure hunters for an hour at a time. If searchers come up empty-handed after 60 minutes, they have to apply for a new permit. (If you want to search Golden Gate Park for hidden treasure, you have to use this Secret Treasure Hunt Dig Request form.) Less than two years after launching the program, Rec and Park has already fielded more than 100 treasure-hunting requests.

“We’ve had treasure hunters ranging in age from 20 to 60,” says Treasure Ranger Marcus Santiago. “Some like to talk and let us know how they picked [a] particular spot. Some just dig until their time is up.”

So far, though, the casque remains elusive. And Preiss, the only person to know its exact location, isn’t talking: He was killed in a car accident in 2005.

The ongoing legacy of The Secret, in San Francisco and around the country, began amid a wave of “armchair treasure hunts”—complex puzzles that led to actual hidden prizes—in the late 1970s and early ’80s. The 32-page picture book Masquerade, by Kit Williams, is generally considered the first of the genre, guiding readers to locate an 18-carat rabbit pendant hidden in Bedfordshire, England’s Ampthill Park.

Inspired by Williams, Preiss wrote a tale that pitted nature, in all its goodness and purity, against the brutality of human civilization. Two National Lampoon editors, Sean Kelly and Ted Mann, were hired to contribute to the story.

In it, the Fair People—a race of fantastical, nature-dwelling beings threatened by the growing empire of Man—escape the Old World for the New. When Man, too, crosses the sea to North America, the Fair People go into hiding, along with their most precious treasure: “wonderstones” concealed in casques. They eventually offer Man “a simple truce”: If humans can find the casques, the treasure will be theirs. In exchange, Man will allow the Fair People to emerge from hiding and live peacefully in the human world.

It’s not without trying that humans have failed to keep up their end of the bargain. Within months of the book’s release, Preiss had received 700 letters from treasure hunters claiming to have identified the location of a casque. None, apparently, actually did. But the next year, in 1983, three teenagers in Chicago’s Grant Park made the first official discovery. More than 20 years passed before a second casque was found, in 2004, by attorney Brian Zinn in Cleveland’s Cultural Gardens.

Fast-forward another 15 years, to March 2019. Another discovery was made, this time in Golden Gate Park. In a dig attended by a Treasure Ranger at the top of Huntington Falls, on Strawberry Hill, a French treasure hunter uncovered a box. To determine if the find was real, SF Rec and Park reached out to Joellen Trilling, the artist who made each casque by hand back in 1982. She confirmed that the box was a fake. Ginsburg says it’s a mystery whether the French treasure hunter buried the find himself, as part of a hoax, or discovered something else that day that had once been buried above the falls.

The mystery of the book’s continuing allure is a different story. The Secret was panned by critics, yet something about its plot and the ongoing intrigue of its hidden treasure has managed to captivate readers for nearly 40 years. On a PB Works page (a collaborative online editing platform), some of the book’s most fervent treasure hunters have collected “several decades of work on solving these puzzles” into a comprehensive wiki. Another online forum, created at Something Awful in 2013, garnered more than 1,200 comments, theories, and clues within a week.

And then there are the photo albums. Dozens have been created on Flickr and PhotoBucket to share images and maps of purported casque locations in the hope that someone, somewhere, will untangle Preiss’s cryptic riddles.

Golden Gate Park remains one of the most likely locations for the San Francisco casque, and the one favored by Ginsburg. The treasure’s clue-riddled painting—a woman wearing a dress embroidered with a dragon in a rectangular box—looks remarkably similar to a map of the 1,017-acre park and the roads that run through it.

“Her hands are crossed over like Crossover Drive,” Ginsburg says, and “to the west of Crossover Drive, there’s a rose and a timepiece [in the painting]. We’ve got a rose garden which is nearby.”

The rhyming verse corresponding to the illustration may reference other hyperlocal landmarks visible from, or passing through, this section of the park—the spires of the University of San Francisco (or the iconic Sutro Tower), and Highway 1.

But not everyone is convinced. In an episode of Rec and Park’s podcast, “I Left My Park in San Francisco,” historian-in-residence Christopher Pollock laid out his theory that the casque is actually buried in the Marina Green—on the city’s north side, along the San Francisco Bay—in part because of a clue that may point to neighboring Fort Mason, the embarkation point for troops shipping out to the Spanish-American War and World Wars I and II.

Pollock believes a large flagpole on the green dedicated to early airmail carriers—who once used the park as a landing strip—may be the “giant pole” where “the casque is kept.”

It’s a location Santiago has become intimately familiar with. “The same person came to dig at the Marina Green on three separate occasions,” he says. “Each time they said that they found a new clue. They virtually dug all around the base of the flagpole but did not find anything.” The hunter, however, remains undeterred. “They are even slated to return again,” Santiago says.

Ginsburg says that after 37 years, “it’s possible that … [the casque is] not meant to be found. Or maybe someone already found it and walked away with it.”

Even if the treasure is found, its discoverer will win nothing but the pleasure of solving the puzzle: The real-life “wonderstones”—Preiss’s precious jewels—were sold in 2006 as part of a bankruptcy settlement following his untimely death.

But for most, Treasure Rangers included, the quest to uncover The Secret’s casques is about more than riches.

“It is kind of exciting to experience the hunt and witness people’s passion to find the hidden treasure,” says Santiago. “The fact that the story dates back almost 40 years … makes the hunt even more intriguing.”

From a Nazi code machine found at the bottom of a bay to a vintage Babe Ruth card hidden in a piano.
secret

From the secrets of Venice’s codebreakers to China’s intricately carved puzzle balls, these historical ciphers will inspire your curiosity.
ruins

Century-old traces of a bygone resort are starting to surface at Castlewood.
secret