A mass grave for victims of one of the city’s worst fires.
Place 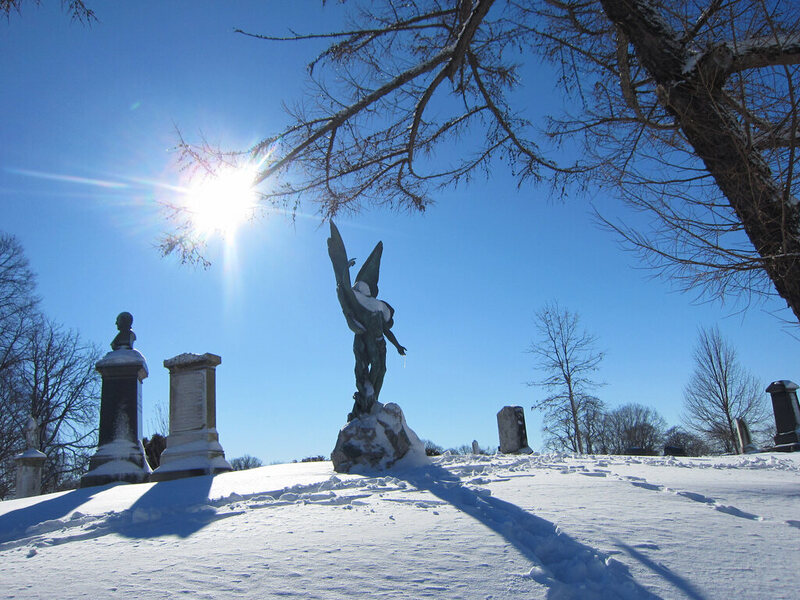 Brooklyn was still under a blanket of snow when Obscura Society NYC visited Green-Wood Cemetery in early February, but with blue skies and warming weather it turned out to be a perfect day to discover some of the coldest hearts buried in the frozen earth. I’ve now organized a few explorations of Green-Wood Cemetery and its catacombs for the Obscura Society, and this was definitely one of the most beautiful visits we’ve had.

Under the theme of “The Awful Dead,” our stops included the graves of the notorious, the murderous, the corrupt, and the just bad people. We trudged through the snow drifts to the small stone for Albert Anastasia (1902-1957), the head of the Crime Syndicate’s enforcement arm Murder, Inc., a man also known as the Lord High Executioner who is estimated to be responsible for personally murdering around 30 people. We saw the recently installed grave marker for Harvey Burdell (1811-1857), a dentist (who is said to have traded dental work for sex) who was the victim of one of the 19th century’s most scandalous murders (his probable killer Emma Cunningham is also buried in Green-Wood). We also saw another recently marked grave, that of William Poole (1821-1855), better known as Bill the Butcher, a ferocious gang leader in the Bowery Boys and Know-Nothing Party whose nickname came as much from his fighting tactics as his profession. We stopped at the Tweed family plot, where William “Boss” Tweed (1823-1878), likely the most corrupt politician New York has ever had (who was famously recognized from a newspaper cartoon when he tried to flee the country), is buried in the center. We also stepped inside the darkness of the catacombs, a 19th century group mausoleum where Ward McAllister (1827-1895), a self-appointed arbiter of society who kept a list of the 400 “best” people in New York, is eternally interred among his despised middle class.

These are a just a few of the Awful Dead sites, and the highlight of it all was definitely walking through the untouched snow where elsewhere in the New York parks it had already been crushed and battered by a multitude of sleds. If you missed this Society Adventure, we will be visiting Woodlawn Cemetery in the Bronx on March 10, another 19th century rural cemetery that has over 1,300 mausoleums. I hope you will join!

Here are some more photos from the Awful Dead cemetery exploration at Green-Wood Cemetery: 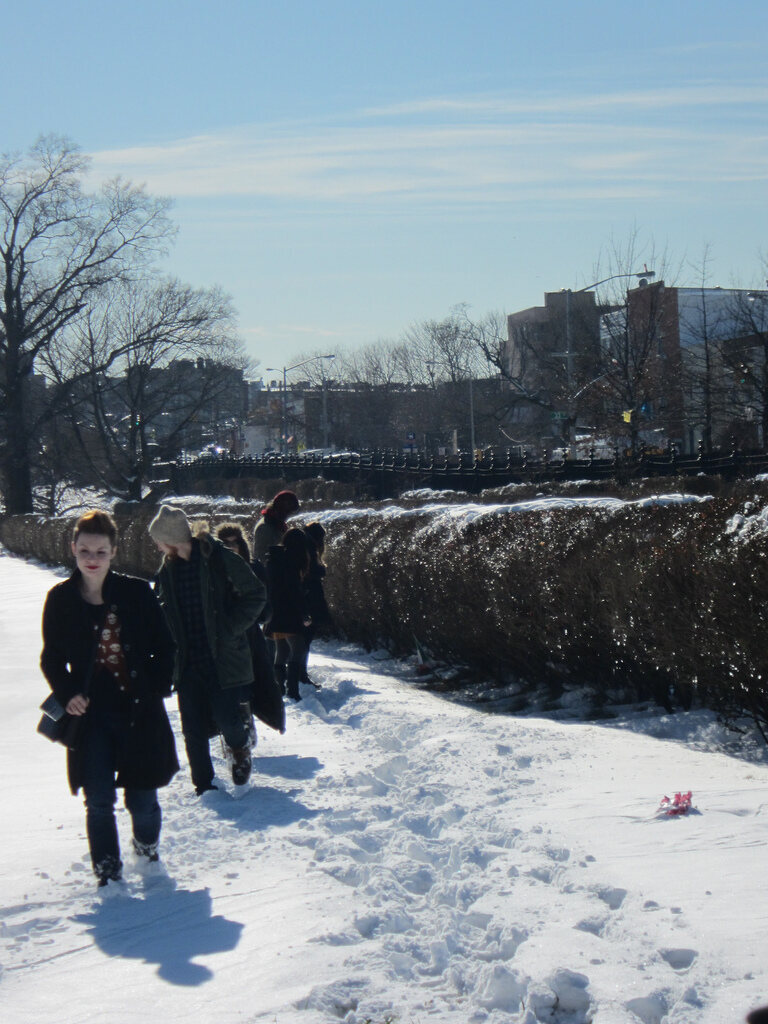 Visiting the grave of Albert Anastasia 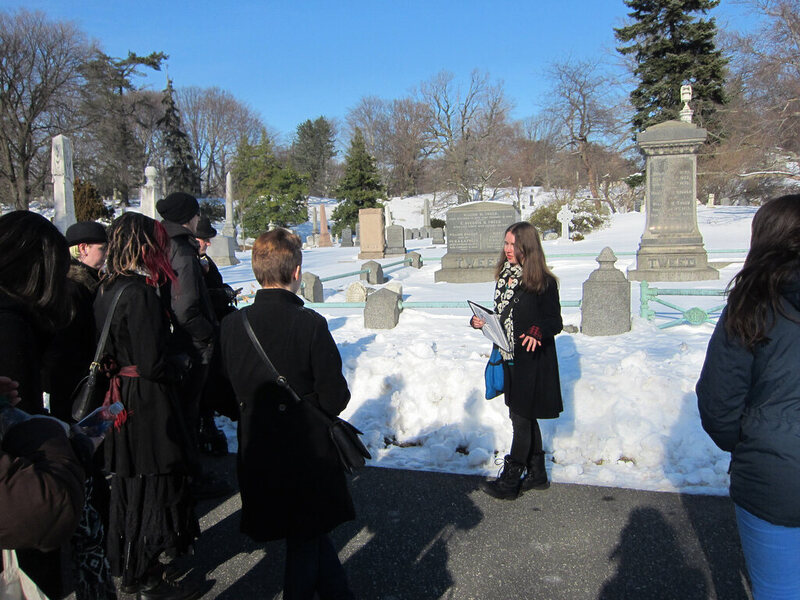 Talking about the corruption of Boss Tweed 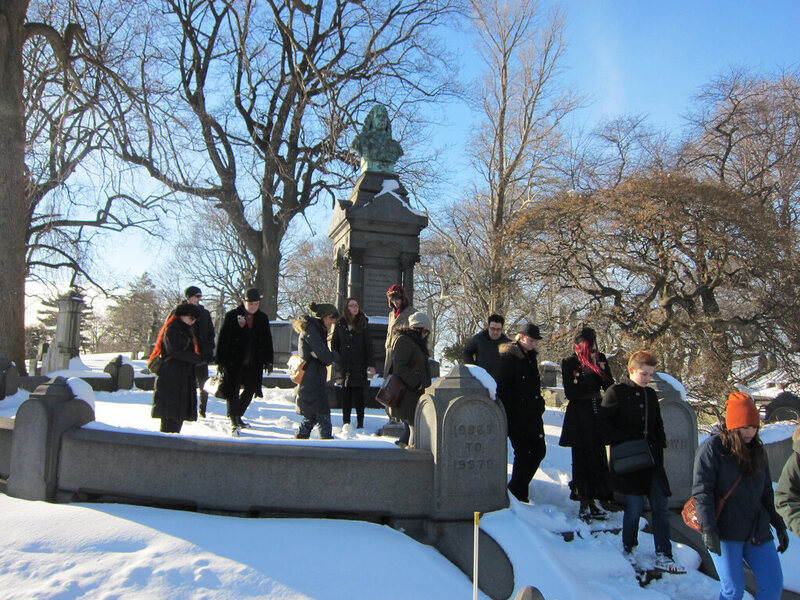 Visiting the grave of sewing machine inventor Elias Howe, who honored his dog with a eulogy while the rest of his family rests beneath simple stones 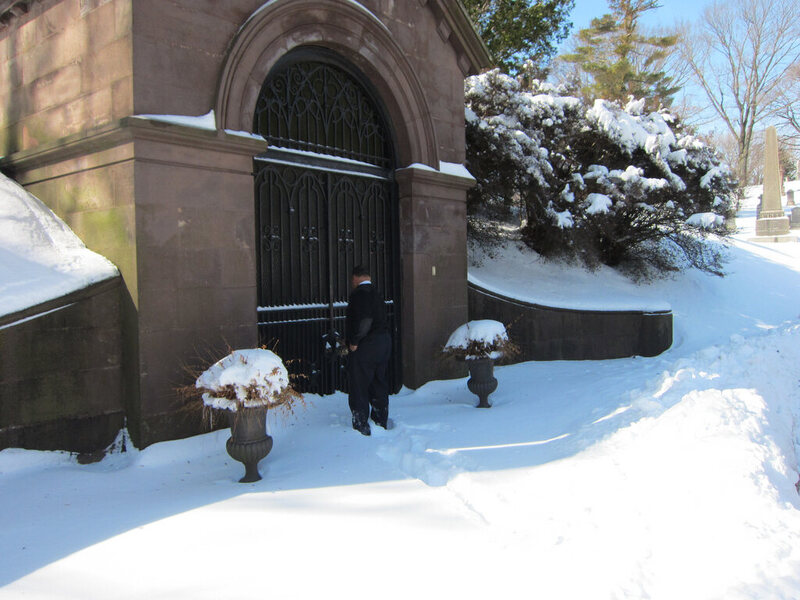 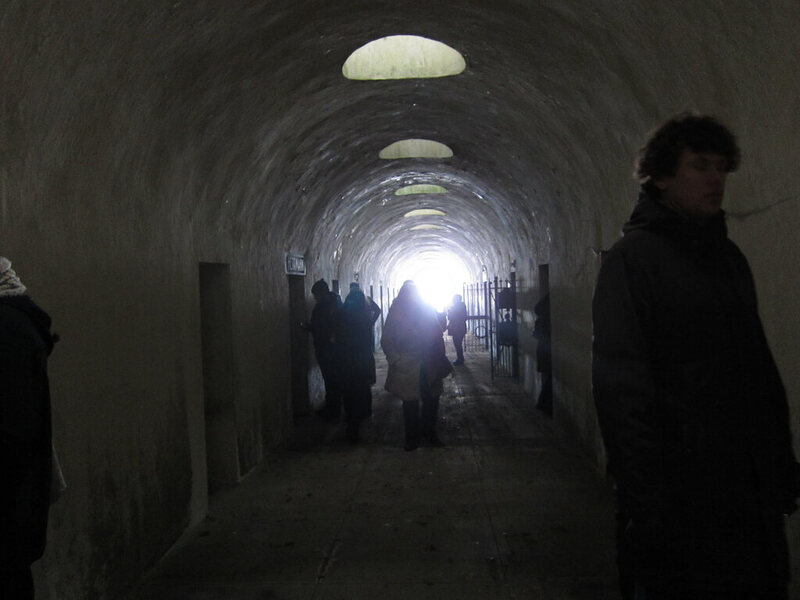 Inside the Green-Wood Cemetery catacombs 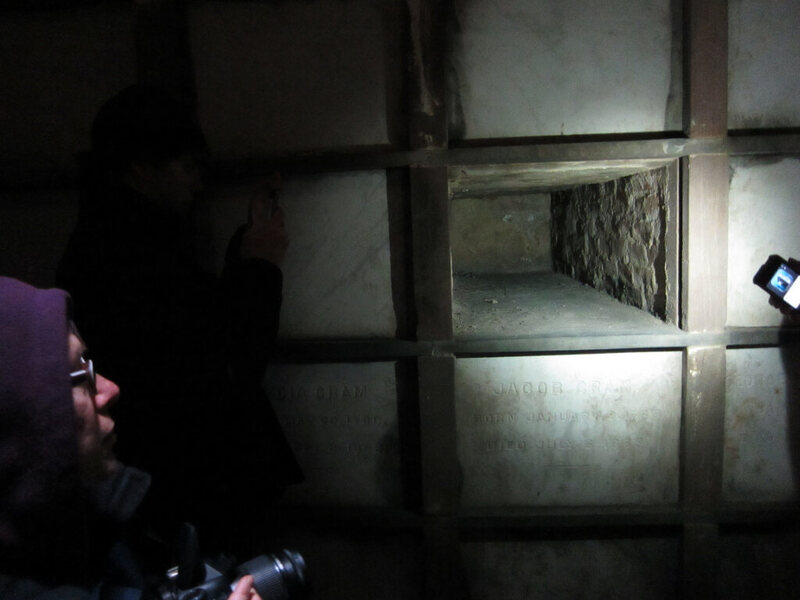 I Locked My Love To An East London Fence