A Weekend in The Woolworth Building with a Collection of Rare Manuscripts - Atlas Obscura
Want to see fewer ads? Become a Member. 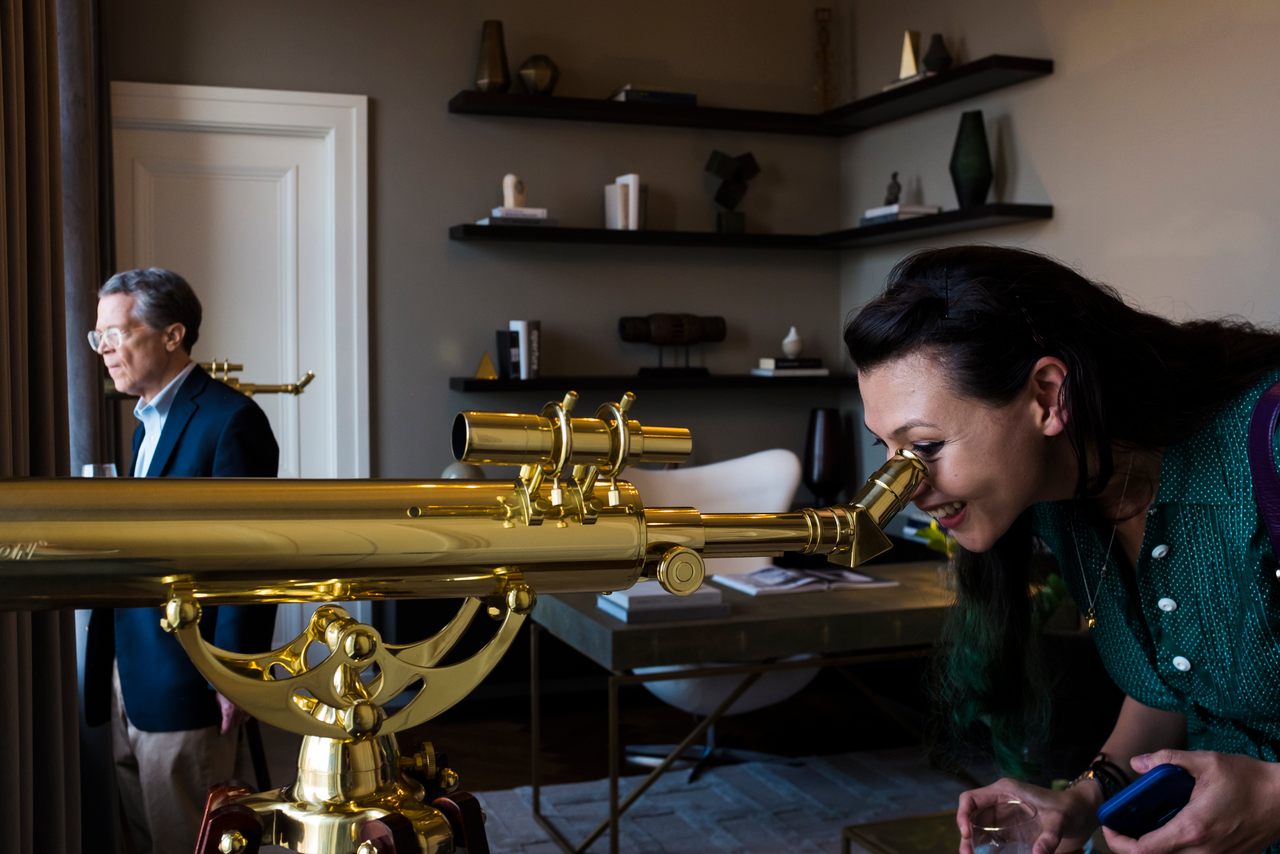 A guest takes a mapmaker's point of view, peeking through a telescope. All Photos by James Sprankle

Over the course of four evenings last weekend a select group of people drawn by a shared love of literature, history, cartography, and Bruce Springsteen gathered in The Woolworth Tower Residences in lower Manhattan for a rare and exclusive peek at items included in Sotheby’s current auction: Fine Books and Manuscripts Including Americana. Exclusively online, the auction runs until Thursday, June 28 at 12 p.m. EST.

The weekend kicked off with Secrets of the Script: an evening spent examining letters penned by iconoclasts ranging from Abraham Lincoln to Tennessee Williams. The night included an ink-making demonstration and a personal exercise, wherein guests were directed to pick up a pen, start writing, and continue until a timer sounded.

Friday’s Bruce Springsteen and “Born to Run” drew a musically inclined crowd, eager to take a closer look at Bruce Springsteen’s legacy by examining a hand-written, early draft of “Born to Run.” Pitchfork Executive Editor Mark Richardson and author Amanda Petrusich helped contextualize the release of Springsteen’s seminal work through a discussion of his creative process and the cultural environment of the mid-1970s. Capping the evening, musician Kevin Morby performed a series of Springsteen covers.

Edgar Allan Poe reigned on Saturday night, with his favorite libation (absinthe) on tap and an array of performers paying tribute to the grim hero through dramatic readings and avant-garde burlesque acts. The evening’s lynchpin was a once-in-a-lifetime, intimate viewing of a first-edition print of Poe’s Tales.

Following Saturday’s deliciously macabre proceedings, the weekend ended on a more subdued note with The Cartographer’s View, an exploration of mapmaking from past to present featuring items like the oldest known, authentic map picturing and using the term “America,” and the first printed map to show the entire world from the poles. Guests were invited to peer through telescopes for a glimpse into the processes of the earliest cartographers.

All events took place in the landmark Woolworth Building, on a floor where F.W. Woolworth himself chose to set up his offices for its magnificent views. The events, though diverse, were bound by their stunning environs and the rare opportunity to simply be in The Woolworth Tower, surrounded by precious artifacts as the sun set over the city.

Scroll down to see more photos.

This post has been sponsored by Sotheby’s. Browse highlights from our Fine Books & Manuscript sale here.