Why the Suez Canal Is a Superhighway for Invasive Species - Atlas Obscura
Want to see fewer ads? Become a Member. 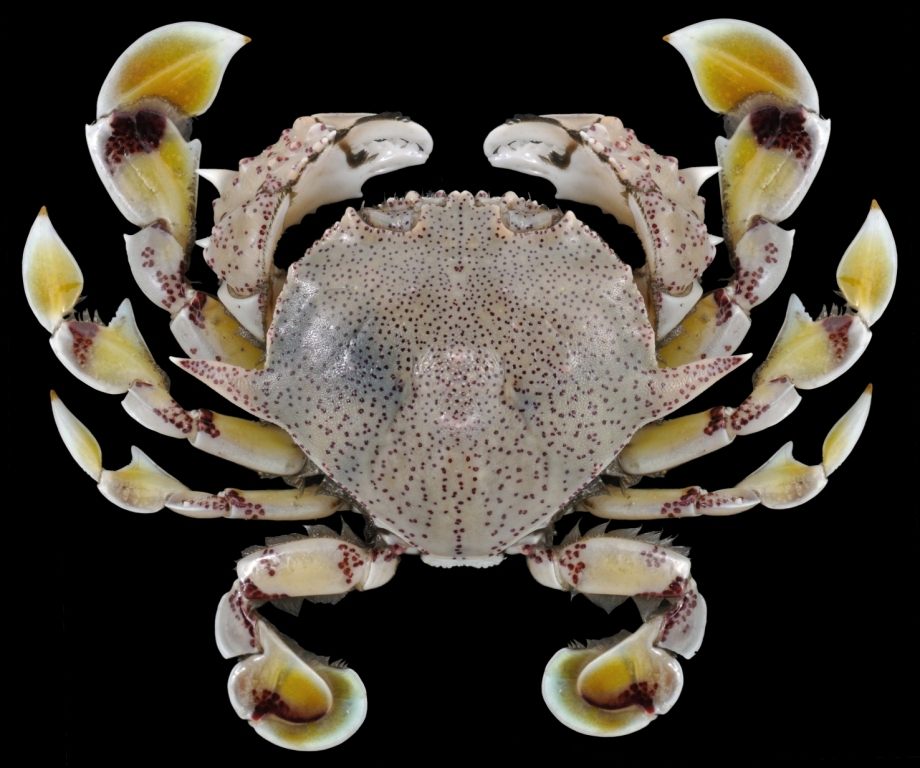 Years before the Suez Canal opened, in November 1869, it was lauded as an economic boon. In February 1860, when the project was still very much theoretical, The New York Times marveled at “an enterprise designed to be of such incalculable benefit to the civilized world.”

In the midst of the industrial fervor of the 19th century, the focus was on how ships could avoid the lengthy circumvention of Africa. Little if any attention was paid to the nonhuman entities that would take advantage of the new corridor.

It’s no surprise why: People generally don’t build things with animals in mind. When we construct something like a coyote bridge, it’s anomalous. More often than not, the question of how an animal crosses a road is answered with a splat.

Which is why many bestial transfers have led to unforeseen consequences. Rats, for example, have piggy-backed on human movements for centuries, spreading disease along the way. When European colonists brought their dogs to the Americas, the new canids quickly subsumed native dog groups.

Canals can accelerate this phenomenon. Typically carved to serve our economic needs, these aquatic thoroughfares are a conduit for animals to interact with new areas and—naturally—other species. Around the world, this has posed a huge problem, as native species are frequently threatened, or entirely outmatched, by their invasive counterparts.

“The globalization of trade and transport has created global pathways of species transfer,” says Josephine Iacarella, an aquatic ecologist associated with Canada’s Institute of Ocean Sciences. “Species can be picked up in their native range and brought to a new location on the other side of the world, where if conditions are similar, they may be able to survive and establish [themselves]”—often at the expense of native animals.

Canals—from the English Midlands to upstate New York—have often been the answer for industrial entities seeking to deliver goods cheaper and faster than they can via land routes. But they’ve come with a price.

The sea lamprey, for example, which arrived in Lake Ontario by way of shipping canals stretching to the Atlantic, began its century-long wriggle into the other Great Lakes in 1938. In the ensuing decades, it preyed on the local trout, sturgeon, and salmon populations, heavily affecting American and Canadian fisheries. In the years since, control programs have reduced the lamprey to a fraction of its former presence. But as of November 2019, a quarter of a million lampreys remained in the lakes, according to the Great Lakes Fishery Commission.

The Suez Canal—gouged in Egypt, along the arid isthmus that separates Africa from the Middle East—is one of the world’s most famous aquatic shortcuts. For the last 151 years, it’s been a superhighway for species to enter, and change, the Mediterranean Sea. In recent years, the canal has become a divisive environmental issue among an international body of marine biologists and the Egyptian government, which hasn’t shown much interest in stopping, or even slowing, these migrations.

“‘Invasive species’ is a huge and nonspecific category,” Moustafa Fouda, an adviser to Egypt’s environment minister, told the Associated Press. Meaning that they’re not always bad. “They can even be productive, replacing species that are overfished, bringing economic benefits, or simply adapting to the new environment.”

The inaction by the Egyptian government has caused considerable frustration for Bella Galil, an Israeli marine biologist at the Steinhardt Museum of Natural History in Tel Aviv who has spent several decades studying the eastern Mediterranean, and the animals that inhabit it.

“More than half of the consumable fish and invertebrates off the coast of Israel originated in the Red Sea,” says Galil. “It’s not like they added [economic] value [to the Mediterranean]. They replaced native species, and many native species had higher value to the consumer than nonnative species. Fishers are suffering.”

Invasive species haven’t merely survived in the Mediterranean; they’ve thrived. So many have made the migration here that the phenomenon has earned its own name: the Lessepsian migration, so named for Ferdinand de Lesseps, the Frenchman who supervised the Suez’s construction.

The invasive newcomers—which numbered around 1,000 species in 2014 (the last year for which data are available)—found that their commute was made easier by the geology of the region. The Red Sea is at a slightly higher altitude than the Mediterranean, so the water flows south to north. Those currents encourage the invasive species—from soldierfish and lionfish to moon crabs and jellyfish—through the choke point, and practically pull them into the brave new world of the Mediterranean.

“Every creature that’s swept through the Suez Canal is swept eastward along the Levantine coast—Israel, Lebanon, Syria, Turkey—and then westward,” says Galil. “That’s the route. And since Israel is the first country [on that route], we get the largest number of species.”

Galil is a critic of the canal’s effects on the sea. From the beaches of Tel Aviv to Haifa Bay and Acre in the north, she says, invasive species have ravaged the coast, both outcompeting native species and causing coastal erosion. Red Sea mackerels have replaced Mediterranean meagres almost completely, and a foreign limpet species now coats the coasts of Israel, entirely erasing its native counterpart on the southern shore and aggressively taking up space on the northern one. While such impacts are easily seen in smaller habitats, the Mediterranean Sea is vast, making it harder to study—and its damage harder to calculate.

“Marine invasive species are very difficult to eradicate, owing to the open nature of marine systems (though there are some success stories in more enclosed areas),” says Iacarella. “Global shipping traffic is forecasted to increase dramatically [over the next several decades], and that will certainly increase the opportunity for worldwide species transfers.”

In 2015, the Suez Canal Corridor Area Project was completed, creating a newer, deeper Suez that merges with its predecessor. The New Suez Canal, as it’s called, has encouraged more movement of ships and aquatic creatures alike. As was the case during colonial rule in 19th-century Egypt, economic priorities have trumped ecological concerns.

The influx of invasives—unmitigated since the original Suez Canal opened—is expected to increase, and with it, the future of the Mediterranean’s native fish is likely to become starker. The warming of the sea—onset by climate change—has hastened and facilitated the invasion.

Egyptian marine biologist Tarek Temraz, who wrote the Egyptian environment ministry’s assessment on the New Suez Canal, focused on these other factors as direct causes of the Mediterranean’s shifts. “Invasions are a global trend due to pollution and climate change, the natural result of which is every species struggling to survive and searching for its optimal environment,” Temraz told the AP.

An aspirational goal of Galil’s has been to increase the salinity of the Great Bitter Lakes north of Suez—naturally occurring saline deposits that she hopes would stymie the influx of salt-averse invasive species if they’re made even saltier. But she isn’t optimistic about how the situation will play out.

“I don’t think we’ve really started to absorb the enormity of these [invasions],” she says. “Not only in the Mediterranean, but the entire scale of [global] marine invasion[s]. We mainly look at land and inland waters; it’s where we live, it’s where we have access. But in the marine realm … it’s a very, very complex Rubik’s Cube.”

Photographer Sarang Naik is reintroducing his hometown to its rich biodiversity, from glowing corals to dazzling sea slugs.
animals

A massive human-assisted migration lands the imperiled animals back in warmer seas.
disasters

When a cargo ship crossing the Indian Ocean wrecked just offshore, the "people of the sea" sprang into action.
animals

No migration is too far for healthy skin.
Video • AO Docs

3:16
Want to see fewer ads? Become a Member.
From Around the Web
Atlas Obscura Trips
In the Footsteps of Pharaohs: Exploring Ancient Egypt
View This Trip
Thanks for sharing!