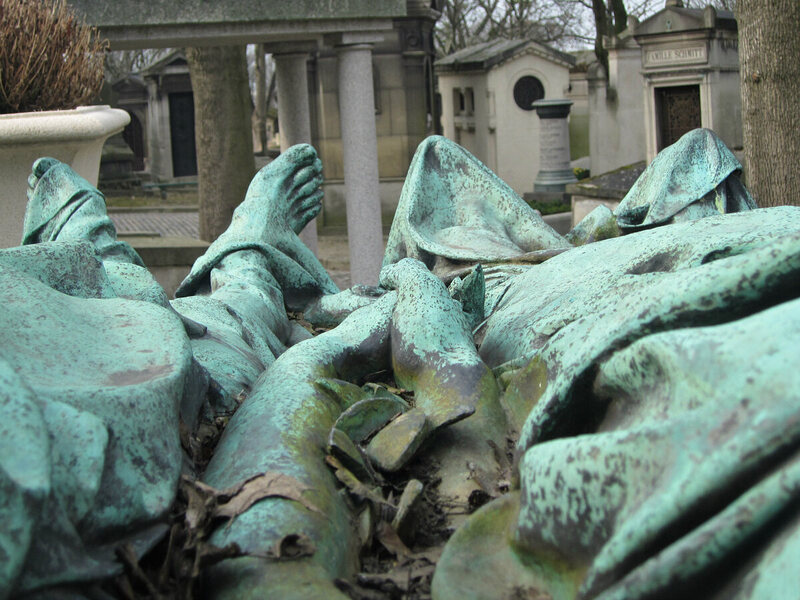 Resting eternally hand-in-hand in Père Lachaise Cemetery in Paris are two balloonists who tried to fly higher than anyone had before. The monument to Joseph Croce-Spinelli and Théodore Sivel shows the two draped beneath a shroud, their fingers laced together and an inscription on the side declaring them to have perished in a balloon called the Zenith on April 15, 1875, at around 28,000 feet. 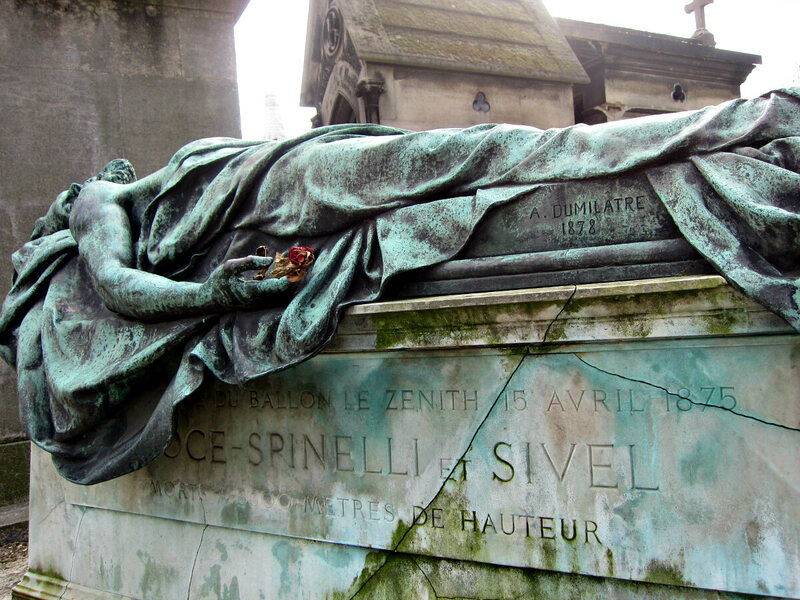 By the 1870s, ballooning had progressed to a point where higher and higher altitudes were being sought for greater understandings of the atmosphere and its weather above our heads. Scientists were taking to more and more dizzying heights in ever more daring flights, discovering the impacts of thin air that made it impossible to maintain consciousness. However, the quick rush of oxygen had been found to take away these effects, and equipped with several breathing bags of the air, Croce-Spinelli, Sivel, and a third balloonist, Gaston Tissandier, ascended into the air that April 15 prepared to break the existing record, 36,000 feet in 1862 by James Glaisher, for altitude. 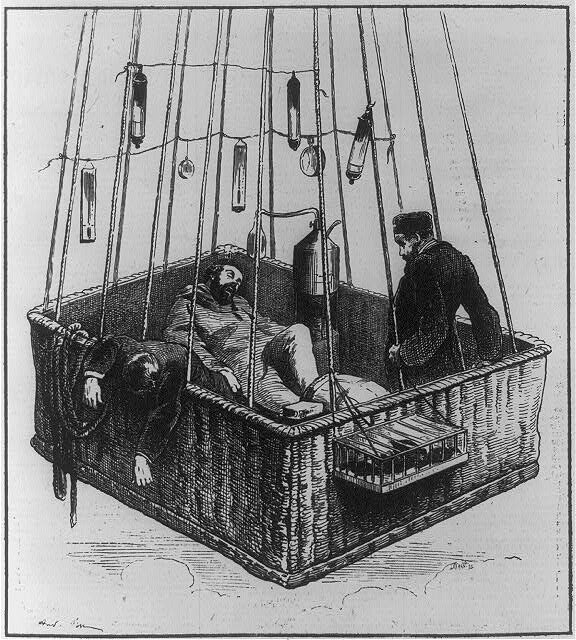 The balloonists lose consciousness (via Library of Congress)

The Zenith had already set a record the previous month, when from March 23 to 24 the three balloonists along with Tissandier’s brother Albert and Claude Jobert had made the longest balloon voyage. Unfortunately April would be the Zenith’s last ascent to glory, as when the three balloonists reached what was known as the “death zone,” when at about 26,000 feet they began to go in and out of consciousness, paralyzed to reach for the oxygen tubes above their head, they were seized by the thrill of going up even further into this perilous altitude. As Tissandier, the only survivor, later recalled: ”One becomes indifferent, one thinks neither of the perilous situation nor of any danger; one rises and is happy to rise.” Croce-Spinelli, revived by a gulp of oxygen, decided to throw out equipment and the balloon rose to 28,000 feet, according to a recording by their barometer. When Tissandier came to, he found his companions dead and the Zenith rapidly plummeting to the earth. 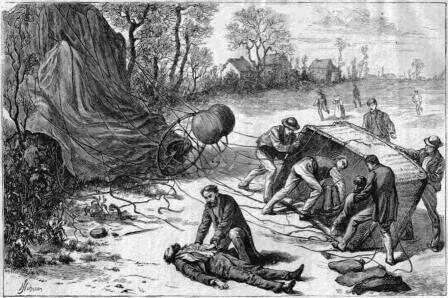 Illustration of the crash of the Zenith

The Zenith crash landed in Ciron, France, and Sivel and Croce-Spinelli were found with their faces blackened and their mouths filled with blood. They were widely celebrated as heroes who gave their lives for progressing aviation. A May 2, 1875 New York Times article declared them as “martyrs to science.” A monument was erected in Ciron where the Zenith had fallen and the elaborate grave sculpted by Alphonse Dumilatre was installed in Père Lachaise Cemetery as a memorial to the two French balloonists. Gaston Tissandier is also buried in the Paris cemetery, although he lived until 1899. Now fallen leaves gather around Croce-Spinelli and Sivel’s linked arms and sometimes someone places a rose in one of their extended hands as they continue to slumber from the sleep they drowned into from such great heights. 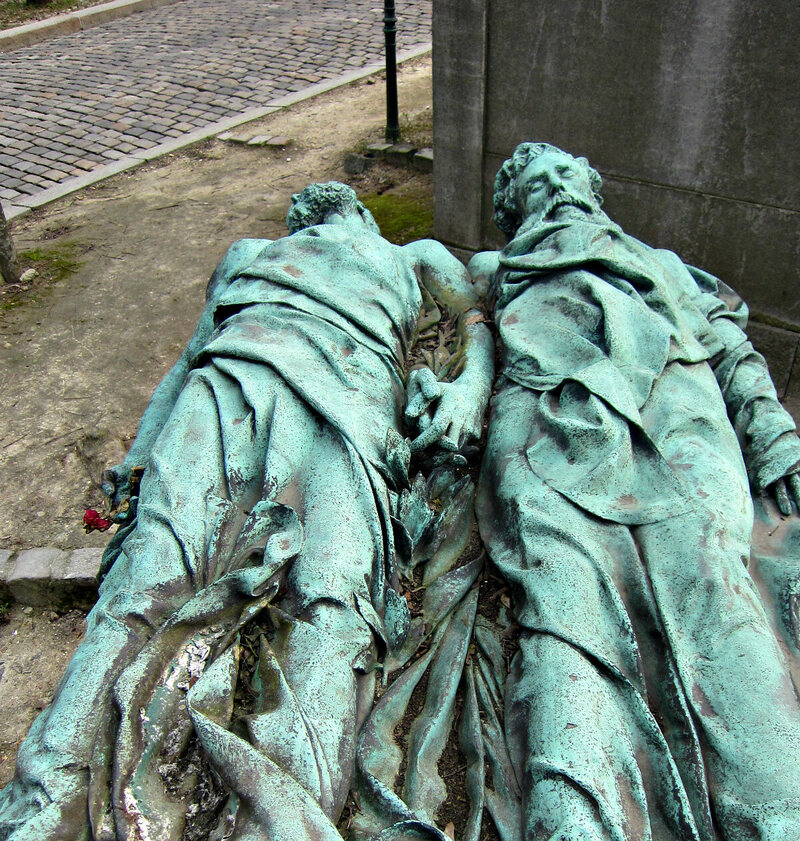 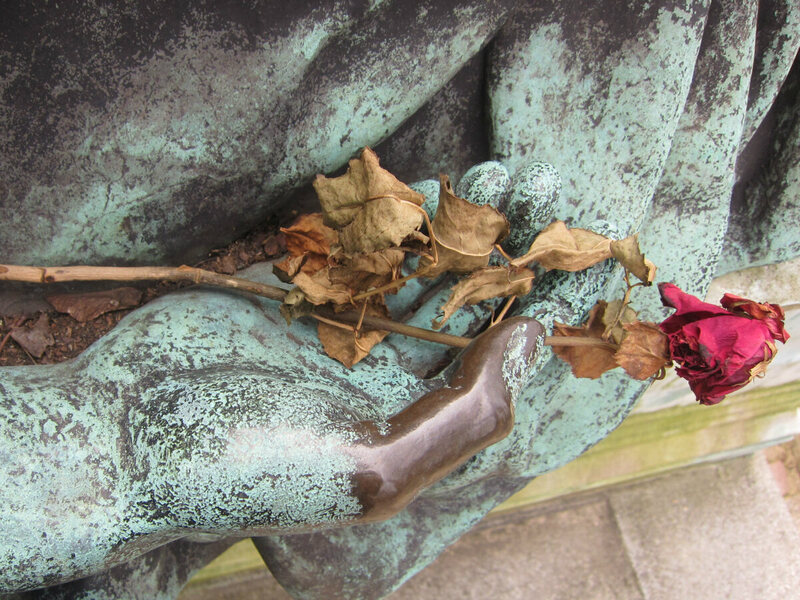 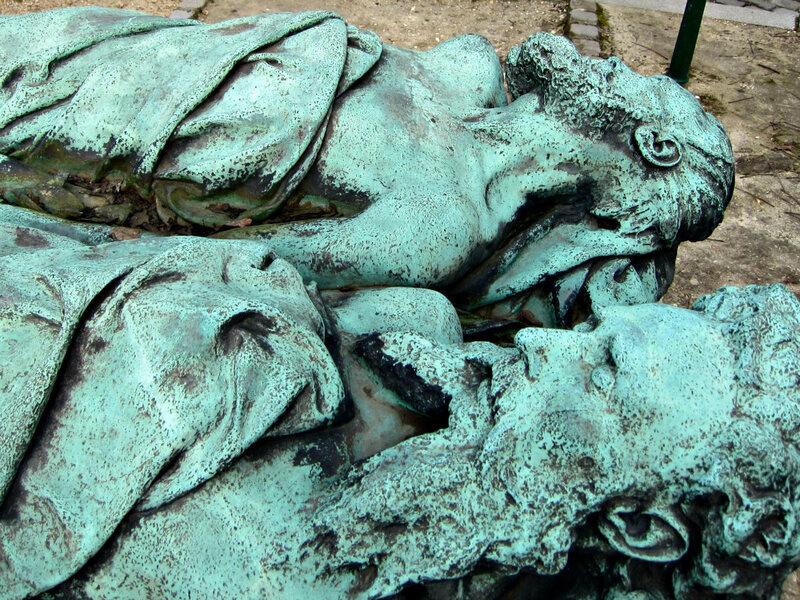 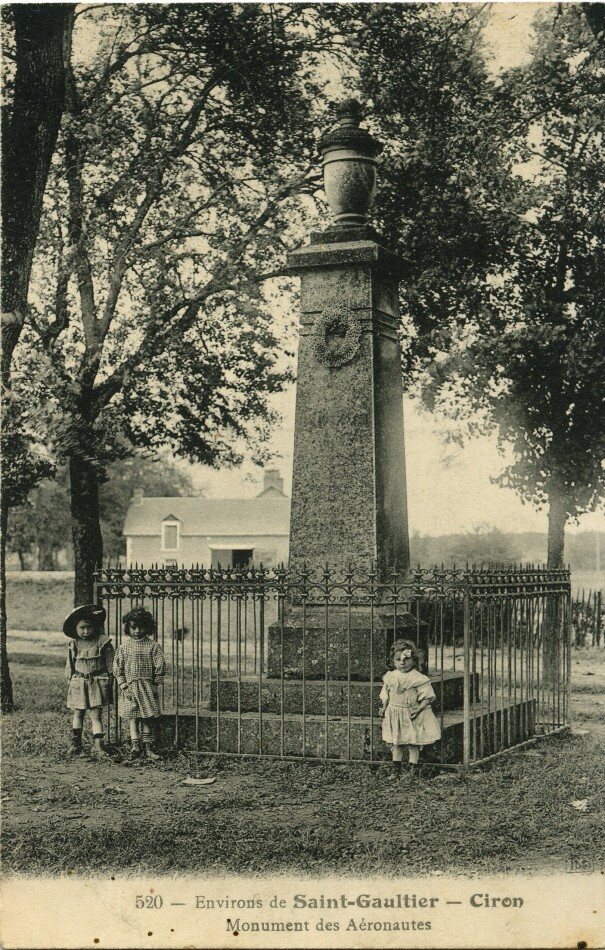 Monument to the Zenith where it crashed in Ciron (via Aerosteles)