The Exquisite Drawings from the First Map of the Entire Sky - Atlas Obscura
Want to see fewer ads? Become a Member. 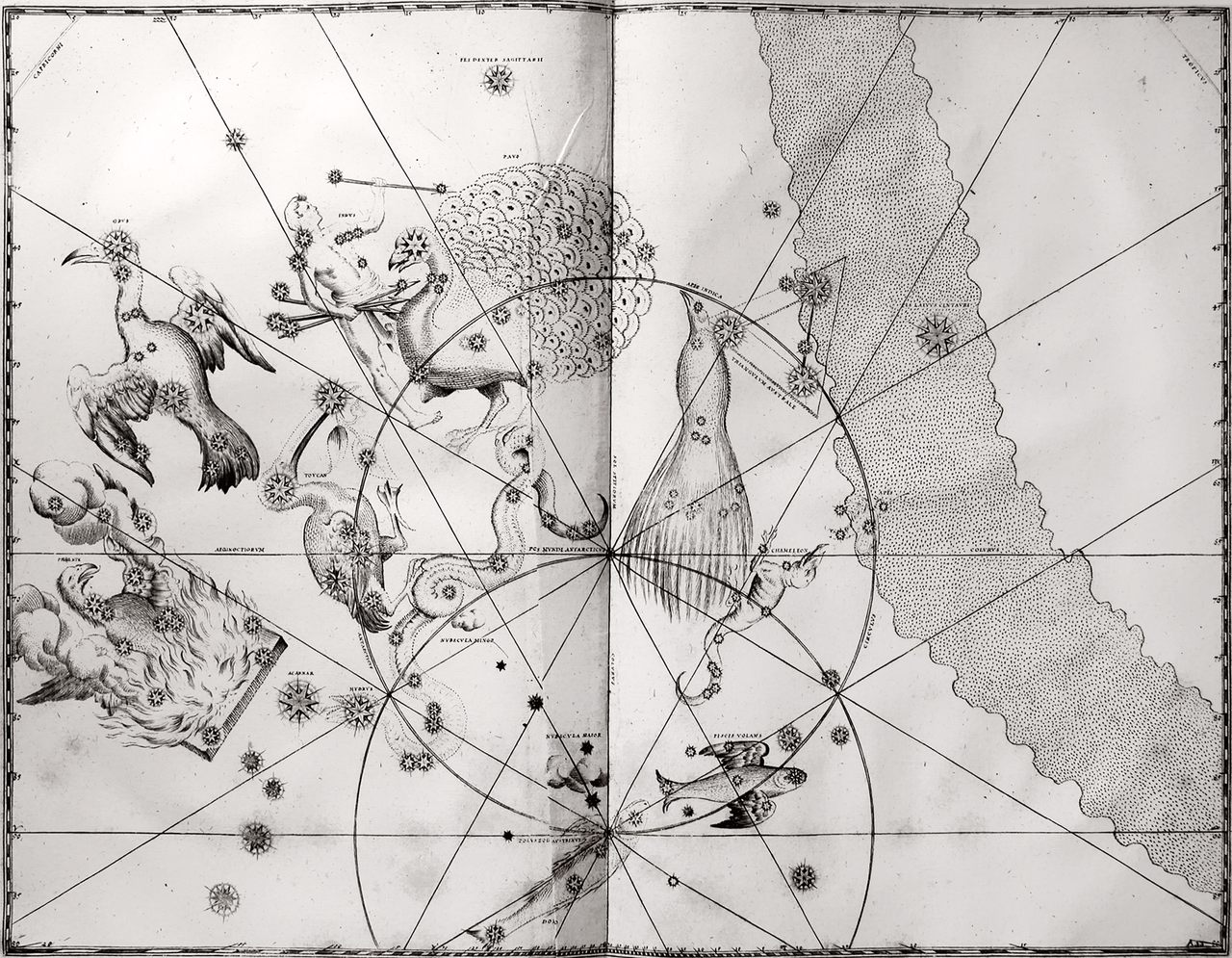 Chart 49. A print of the copperplate engraving of Johann Bayer's 1661 edition of Uranometria, which depicts 12 new constellations. History of Science Department at the University of Oklahoma/Public Domain

Since the very first star charts carved into mammoth tusks 32,500 years ago and the first recorded constellations in 17,300-year-old French caves, humans have come up with a variety of interpretations of the night sky. In the 17th century, star cartographer got a step closer when he produced the first star atlas that mapped the entire observable night sky.

In 1603 Johann Bayer, a German lawyer and celestial cartographer, and artist Alexander Mair published the first edition of Uranometria—an atlas comprised of 51 copperplates engraved with celestial constellations. Uranometria, the full title translating to “Uranometria, containing charts of all the constellations, drawn by a new method, engraved on copperplates,” was applauded both for its accuracy and beauty.

Mair’s intricate constellation engravings challenged the aesthetics of astronomical charts, while Bayer’s cataloging and classifications were widely accepted by the scientific community. The atlas is said to be the first to capture the entire celestial sphere, adding 12 new constellations and filling in the missing southern celestial pole which had only been previously documented in a few expensive globes.

Before Uranometria, star catalogues used verbal descriptions to describe the locations of stars within famous Greek astronomer and writer Claudius Ptolemy’s 48 classical constellations. However, this system led to constant errors and misinterpretations of celestial body positions.

Bayer’s depiction of the sky included more stars than previous charts. He used a foundation of 1,005 stars observed by Danish astronomer Tycho Brahe, who was commended for his accurate and comprehensive astronomical documentations, and added an additional 1,000 stars he had charted on his own. His classification system, known as the Bayer designation, categorized each star by its brightness—alpha being the brightest star in a constellation, beta being the second, and so forth.

Each of 48 Greek constellations are shown on separate plates, or star maps. They are carefully engraved on a grid with margins calibrated for each degree, allowing star positions to be read a fraction of a degree from the margins using a straight edge, writes Nick Kansas in Star Maps: History, Artistry, and Cartography.

The 12 new constellations in the south celestial polar cap are illustrated together on a single planispheric map, Chart 49 (seen above). The constellations were first observed and recorded by Dutch navigator Peter Dirkszoon Keyser, and were depicted on globes. However, since globes were expensive, Bayer’s Chart 49 was more easily accessible to the wider public. Among the 140 stars plotted in this chart, the new constellations show a wide variety of creatures, including the Phoenix, Hydra, and the strange-looking Chamaeleon.

Bayer also records rough fractions of the Milky Way, shown as a speckled wavy column—a unique characteristic of an early star atlas. Scholars so far have found 31 plates that show parts of the Milky Way, and continue to study Bayer’s work to understand where he obtained this data.

While the atlas is centuries old, entities within the carvings remain relevant today. Art critics and historians have deemed the book a splendor;Philip Hofer, author of Baroque Book Illustration,  called it an “example of fine astronomical illustration.” Bayer’s star classification system is still practiced, and Uranometria’s depiction of the twinkling celestial bodies the first to be considered scientifically useable.

View more wondrous constellation engravings in the 1655 edition of Uranometria below.

Elizabeth Cushee’s elegant 1745 orb was boundary-pushing at the time.
maps

Behold, a Massive Knit Map of the Cosmos

Three colors of yarn, seven panels, and all 88 constellations.
maps

The Dazzlingly Colorful Atlases That Brought the Night Sky Within Reach

Detailed maps of the heavens weren't just for scholars.
globes

“It’s kind of a joke, but in some sense, I almost feel like I could start a war.”
Video • Object of Intrigue