The Healing Saints and the Medicine of the Divine - Atlas Obscura
Want to see fewer ads? Become a Member.
In This Story
Place

Museum of the History of Medicine

One of the oldest medical collections in Europe focusing on rare surgical instruments. 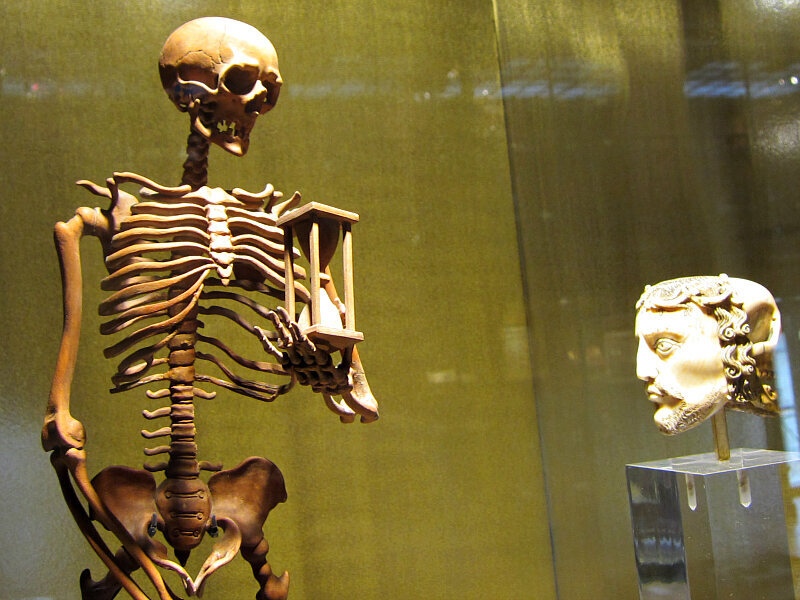 When the Black Death raged in Europe in the 14th century, millions were consumed by the plague’s gruesome symptoms, with the attempted cures like washing the festering sores with vinegar and rose water, swallowing crushed emeralds, or covering the already sensitive skin with leeches having no effect. So many turned instead to the only relief they had remaining: the belief that a higher power might cure this curse of death. 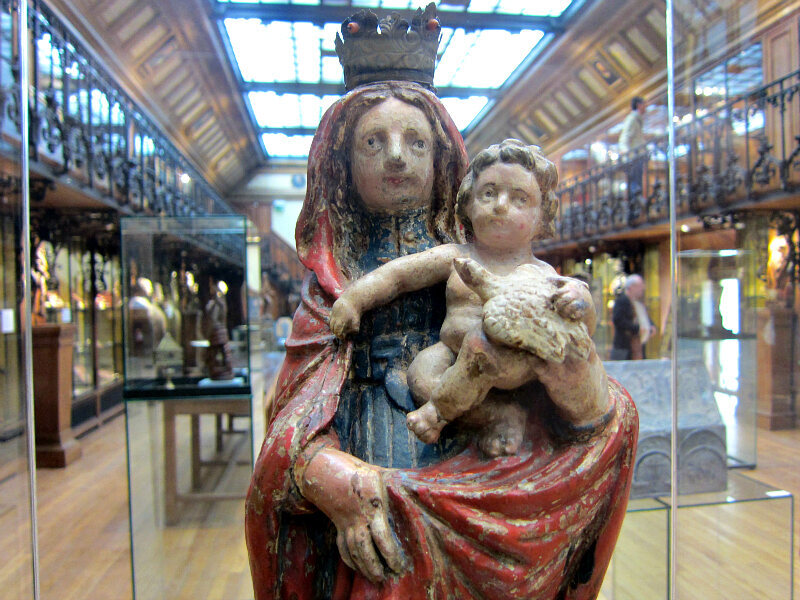 The Museum of the History of Medicine (Musée d’Histoire de la Médecine) in Paris is currently examining some of these “healing saints” in Le recours au ciel, saints protecteurs et guérisseurs (roughly translated to: A Plea to the Heavens, Saints Who Protect and Heal), an exhibition of icons and reliquaries centered in Catholicism related to saints evoked to help with every type of malady, from leprosy to syphilis to sterility. 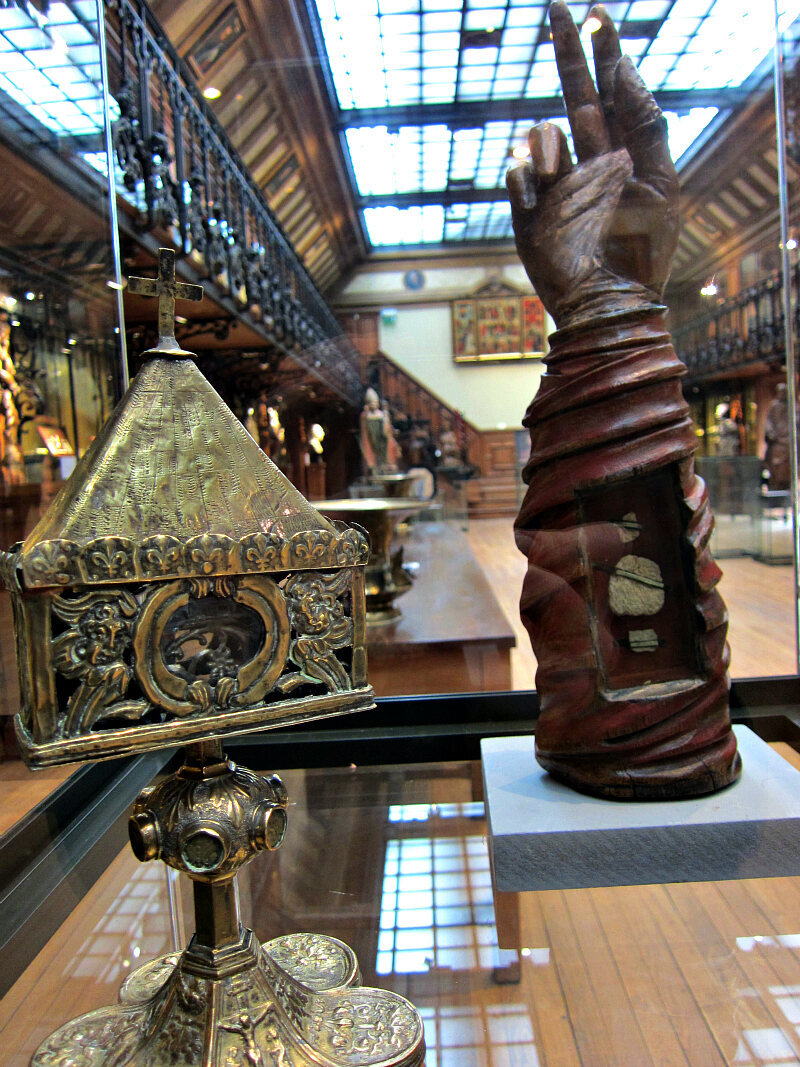 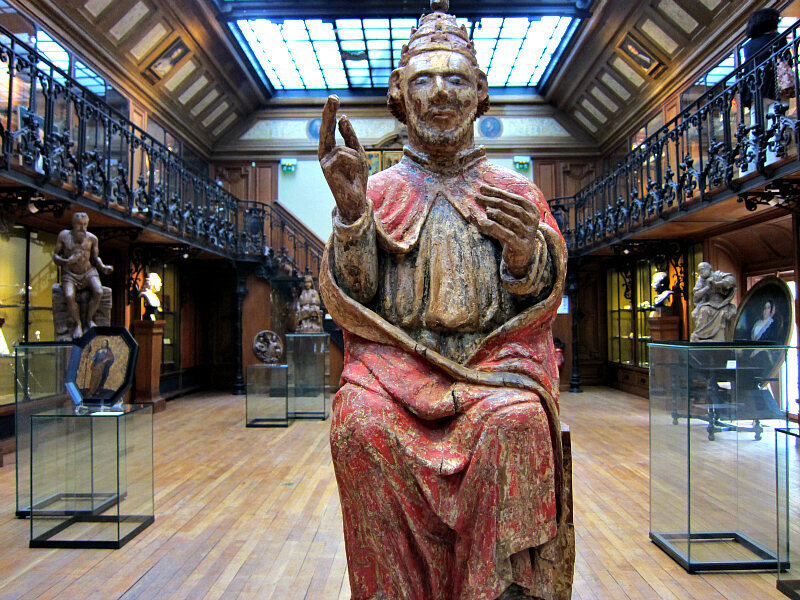 The solemn depictions of these saints include wood carvings, etchings, paintings, and other art. There’s both Saint Roch and Saint Sebastian for the plague. Saint Roch in fact wandered the pestilence-stricken Italy and France in the 14th century, taking care of those who were dying in the public hospitals, often curing them miraculously. He is said to have himself contracted the plague, but the licks from the tongue of a nobleman’s dog cured him. Saint Sebastian, who was martyred in around 300 AD with a torrent of arrows, is always shown with the points still stuck in his chest, and his endured suffering with his skin lanced with metal must not have been unfamiliar for those plague-stricken victims who experienced the lancing of the “buboes” that bubbled up on their flesh. 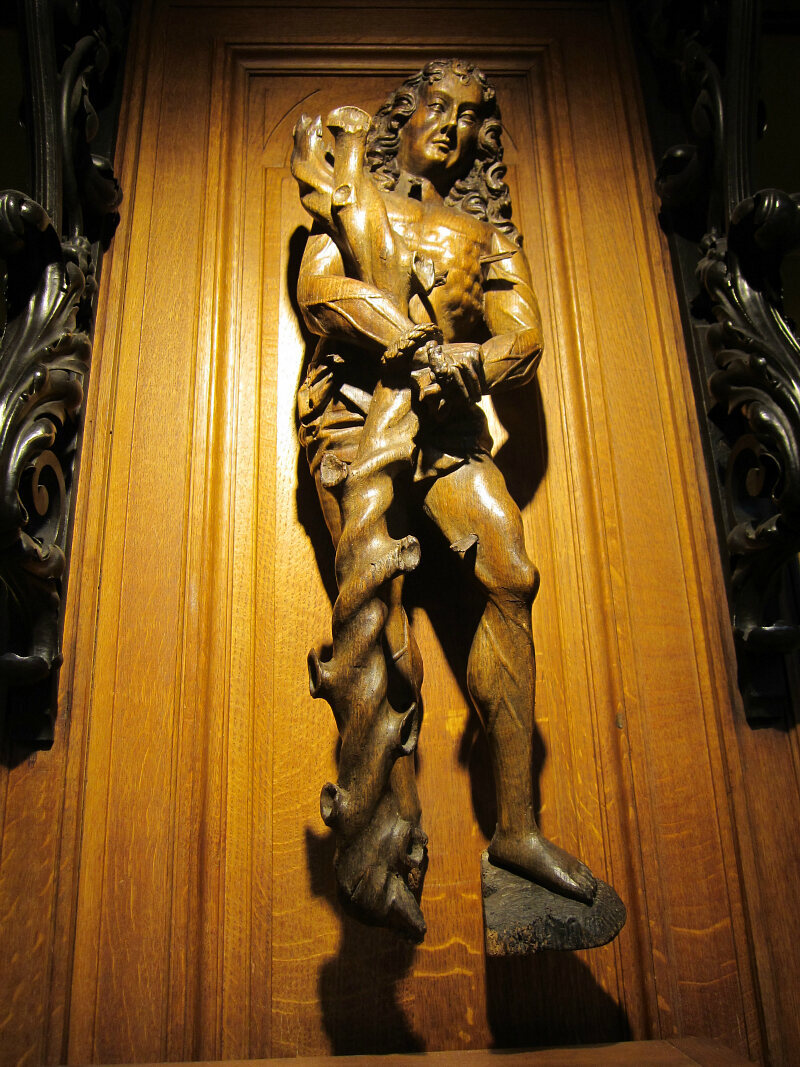 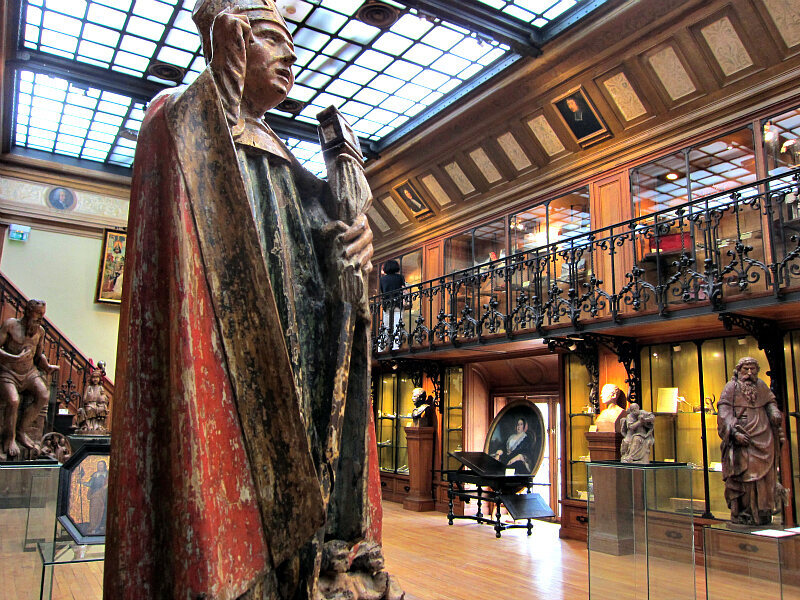 Alongside these plague saints are figures like Saint Nicholas for “nerves,” Saint Anne for sterility (having given birth to the Virgin Mary at the age of 67), Saint Jacques for rheumatism and skin diseases, and Saint Anthony, whose name was even applied to the “Saint Anthony’s Fire,” or ergotism, that came from poisoning by toxic ergot in grain products. Poor Job, who was struck with horrific skin diseases as the result of a bet between god and satan in the Old Testament, is also popular for not just the obvious like leprosy, ulcers, and other skin ailments, but just suffering in general as he knew and endured in his trials. 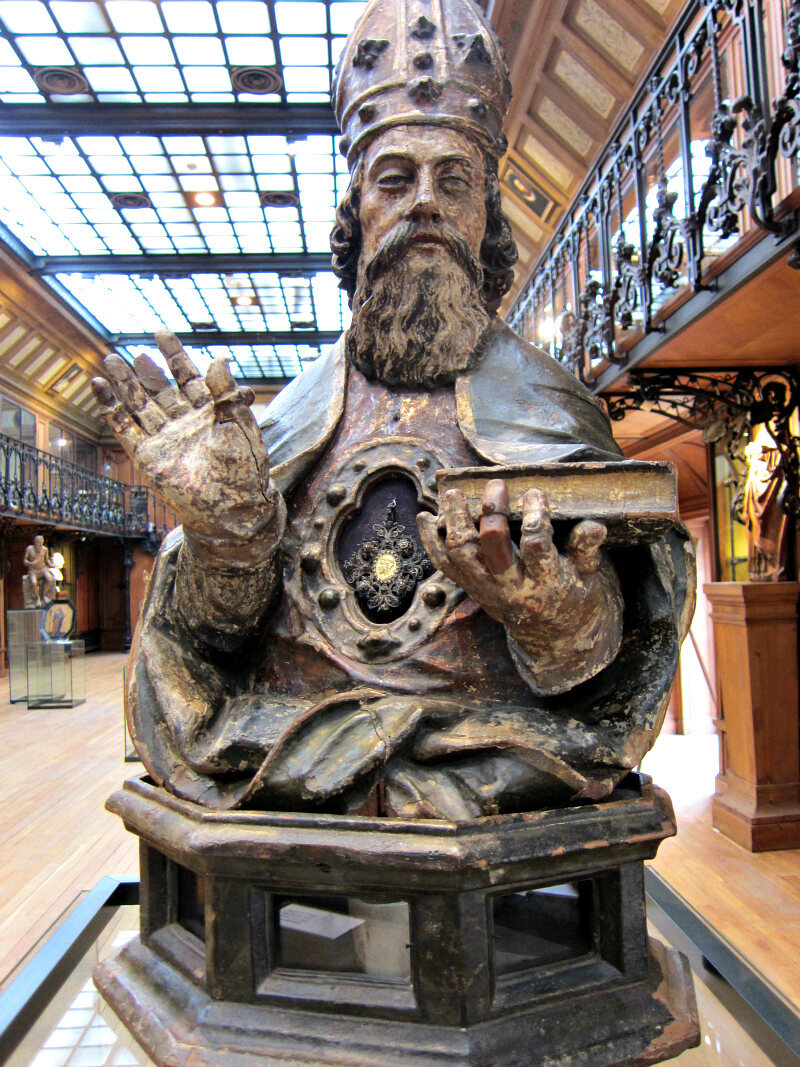 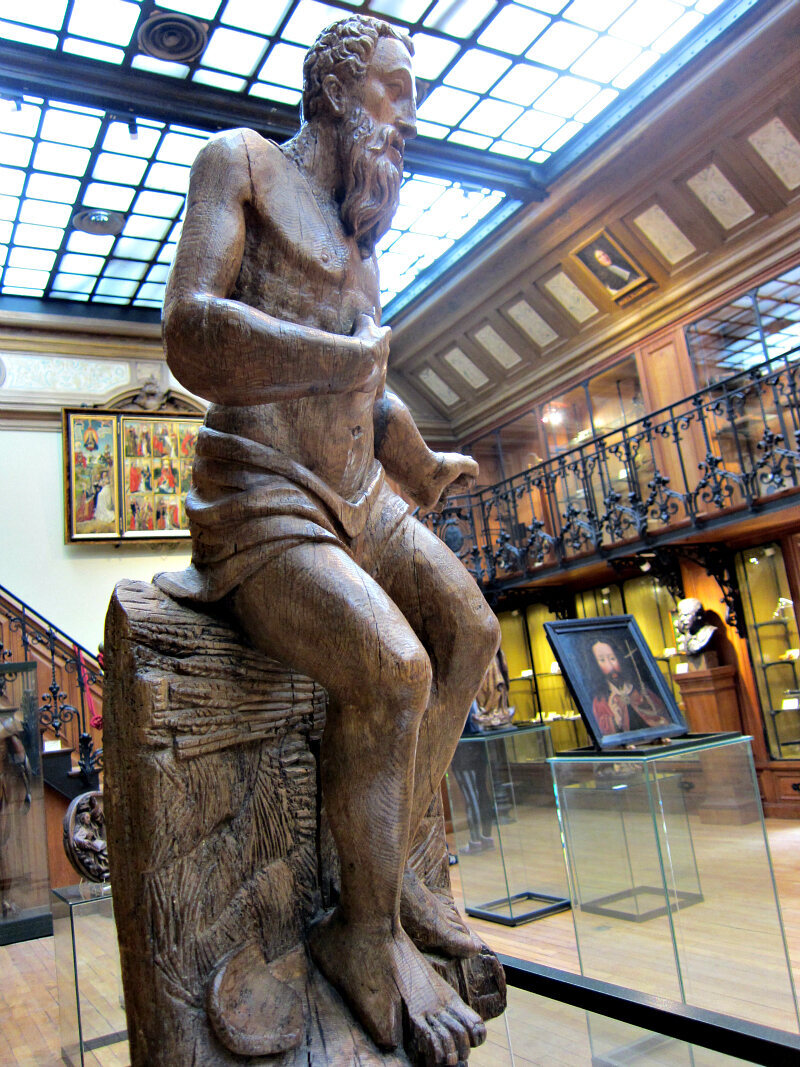 All of these saints are surrounded by the Musée d’Histoire de la Médecine’s collections of surgery kits, anatomical models, and medical instruments, more direct and modern ways of attacking the ailments of this life. However, even with all our advances in medical sciences, it is still important to look at just how much a belief in a cure, even if it requires some divine intervention, is part of our history of medecine. 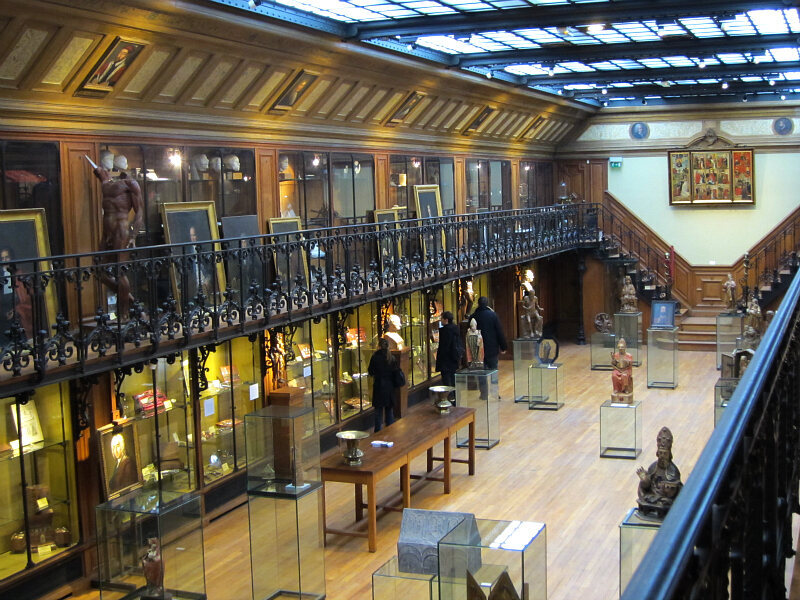