The Habsburgs' royal collections of art and wonders. 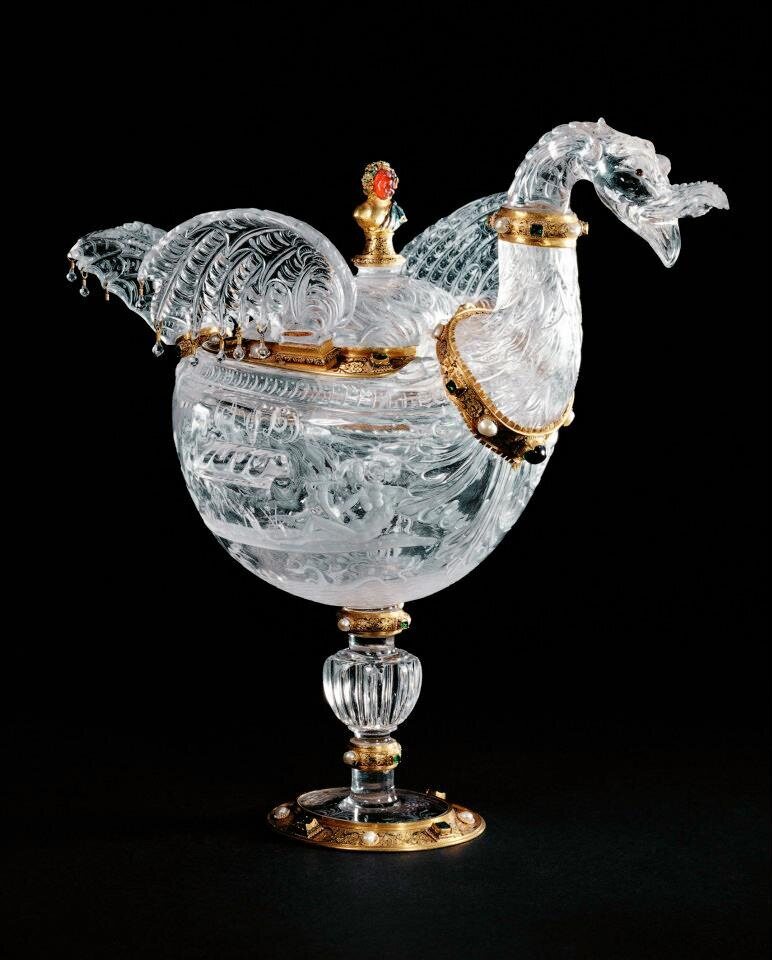 After being closed for a decade for renovations, the Kunstkammer Wien reopened last week with its glorious displays of curiosities alongside wonders of art. The objects, which include carved rhinoceros horns, automatons, tapestries, scientific instruments, and ivory sculptures, were collected by the Habsburgs, back when royal families were as intent on having the best of the weird from around the world as they were on acquiring work from the most talented artists. The Kunst and Wunderkammer (rooms of art and natural wonders) of the Habsburgs are now held inside the Kunsthistorisches Museum as a sort of museum within a museum. 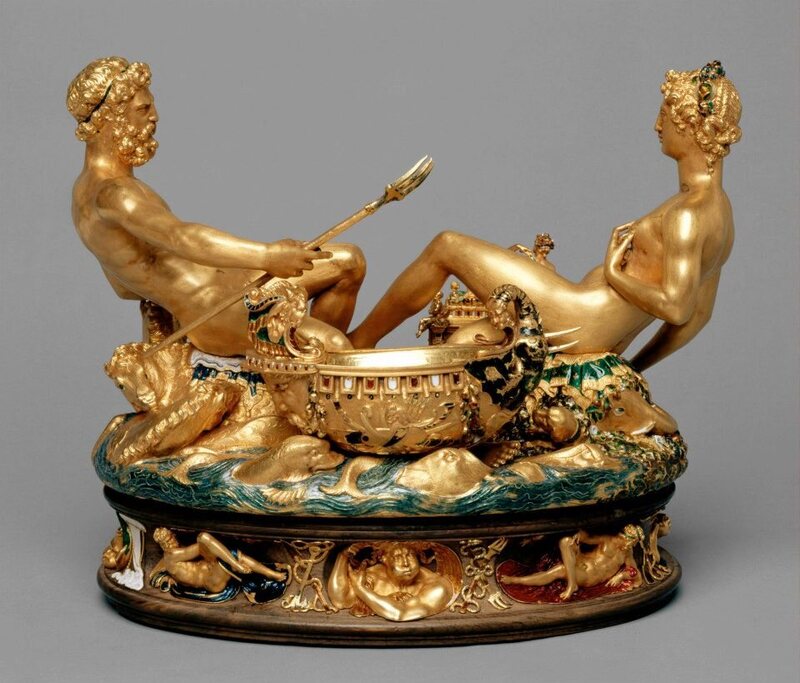 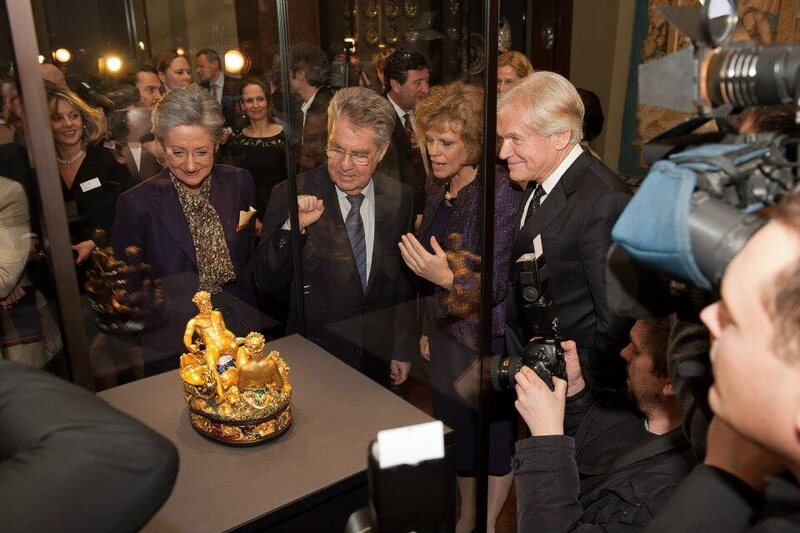 Viewing the “Saliera” at the Kunstkammer reopening

While our personal favorite object may be the ”Narwalhornbecher,” a container from the 17th century said at the time to be made from the horn of a unicorn (but it was actually a narwhal), the most valuable is the ”Saliera,” by Benvenuto Cellini. The 16th century golden salt cellar is estimated to be worth some $65 million, and was famously stolen back in 2003. Oddly, it turned up totally unharmed in 2006, buried in a box in a forest near Vienna. 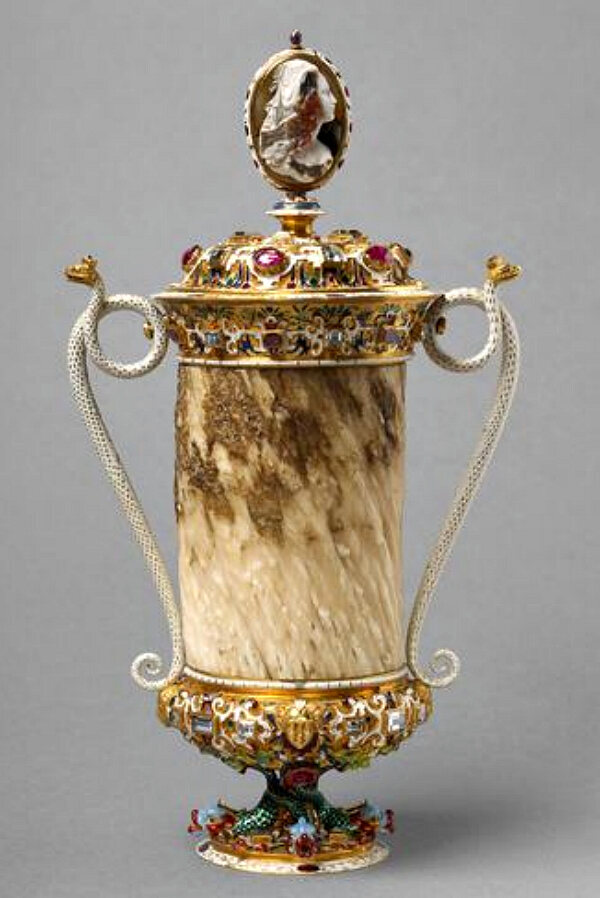 The “Narwalhornbecher,” made from a narwhal tusk

The 10-year-long renovation project expanded and modernized the displays, but they still have a distinctly old world wonder to them, such as with a musical clock in the form of a ship or a glass container in the shape of a heron decorated with real heron feathers. The Kunstkammer was intended to be a ”reflection of the cosmos and the world,” and through its over 2,000 objects it definitely offers a mind expanding experience. 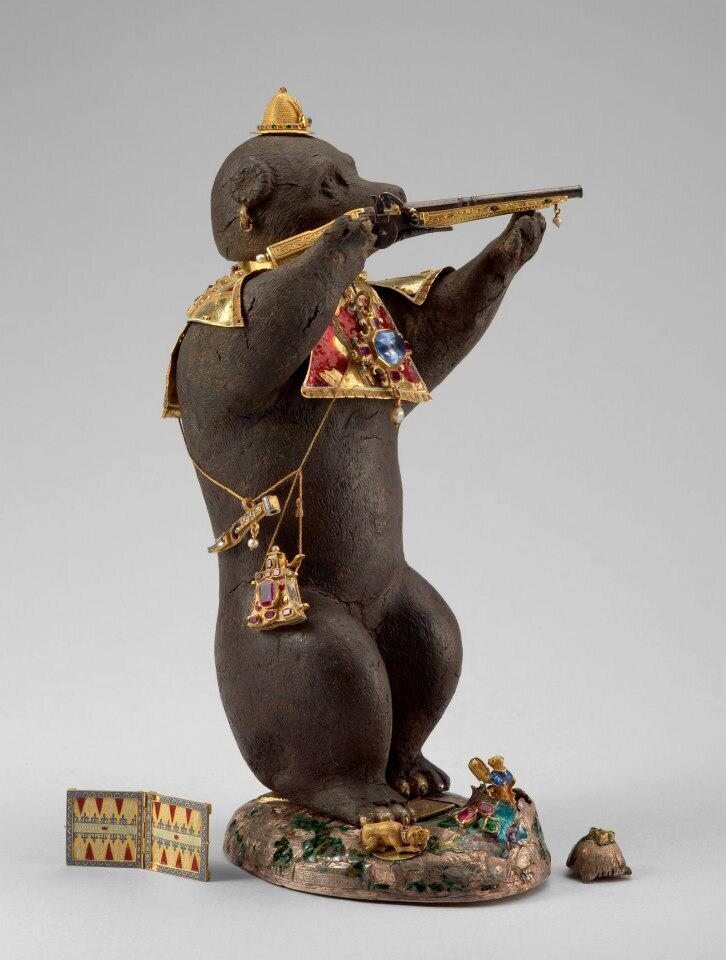 All images via the Kunsthistorisches Museum.

Travel Far, Pay No Fare with the Sketchbook Project