The Miniature Alabaster Mourners of the Tomb of John the Fearless - Atlas Obscura
Want to see fewer ads? Become a Member.
In This Story
Place

Medieval museum built over Roman baths that features famous tapestries of a lady and a unicorn. 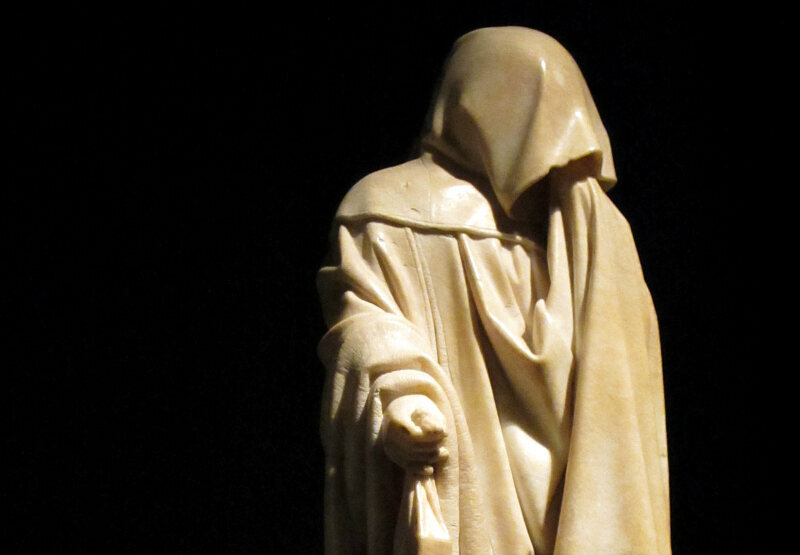 A tiny cortege of mourners has been on a solemn procession around the world, and now they’ve reached their last stop in Paris at the Musée de Cluny before they return to their home of eternal sorrow. The 39 figures exhibited as the “Larmes d’Albâtre” (“Alabaster Tears”) were sculpted in the 15th century to decorate the tomb of John the Fearless, who was assassinated in 1419 during the Hundred Years’ War between England and France.

The little figures who sniffle into their hooded robes are a bit eerie, and usually encircle the ornate tomb of John the Fearless, which was moved from the 15th century Champol Chapel to the Musée des Beaux Arts in Dijon in the 19th century. When the museum started its current renovations, the weeping crowd of carved alabaster left for a tour that started in 2010. It was an opportunity to, for the first time, see their misery up close and detached from the massive tomb, so their delicate despair could be appreciated. Below are some photos of the procession of brokenhearts who have been weeping for 600 years: 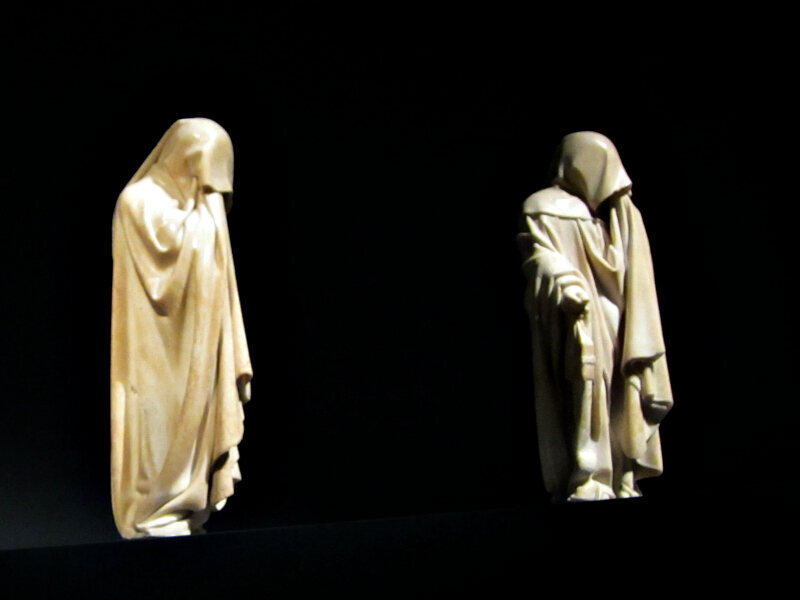 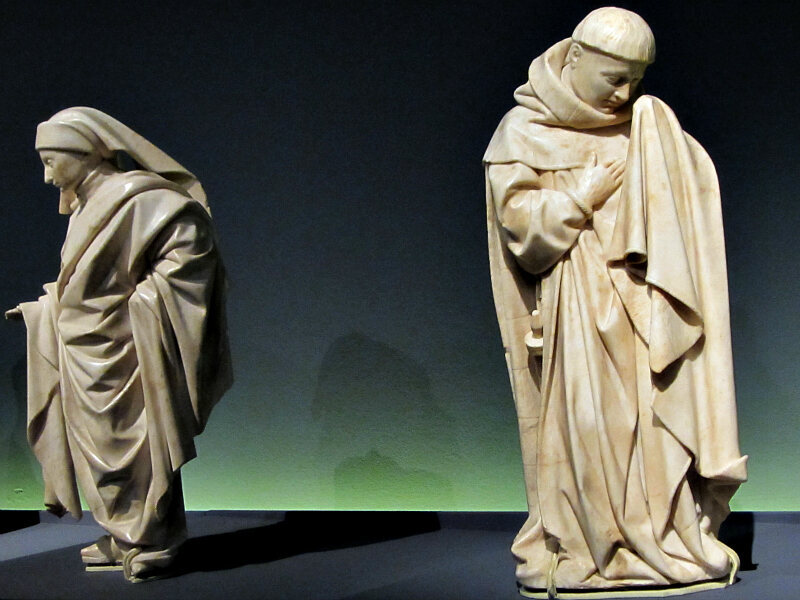 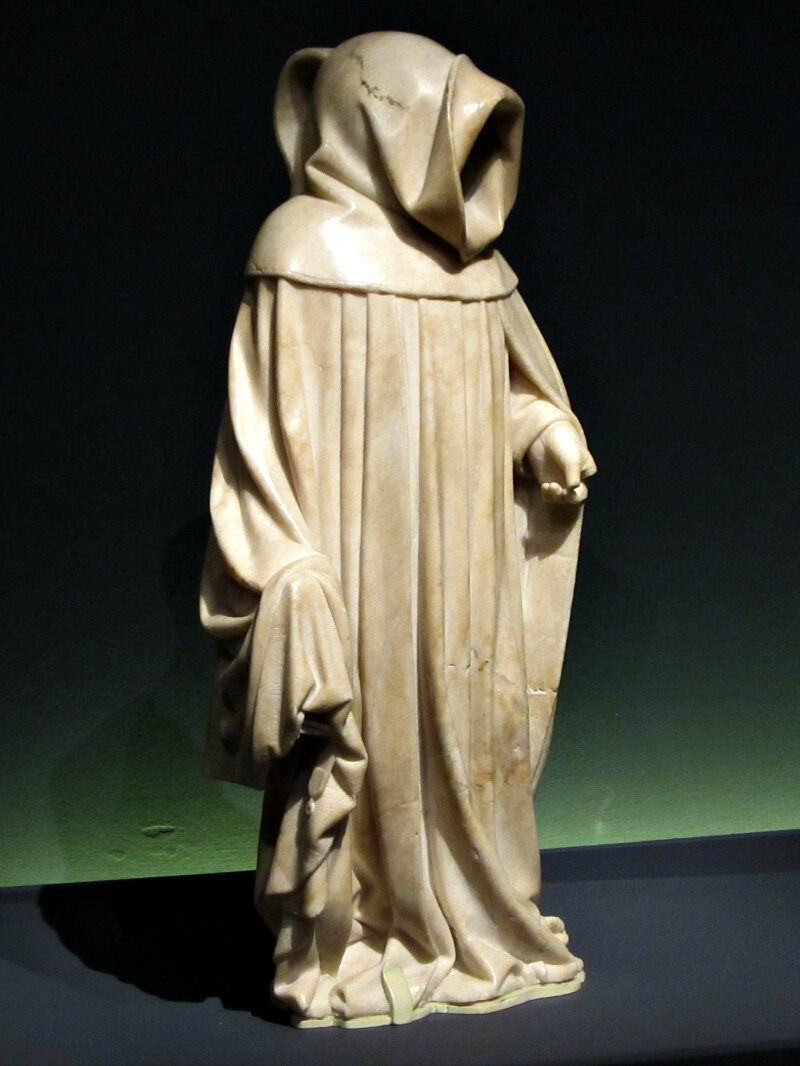 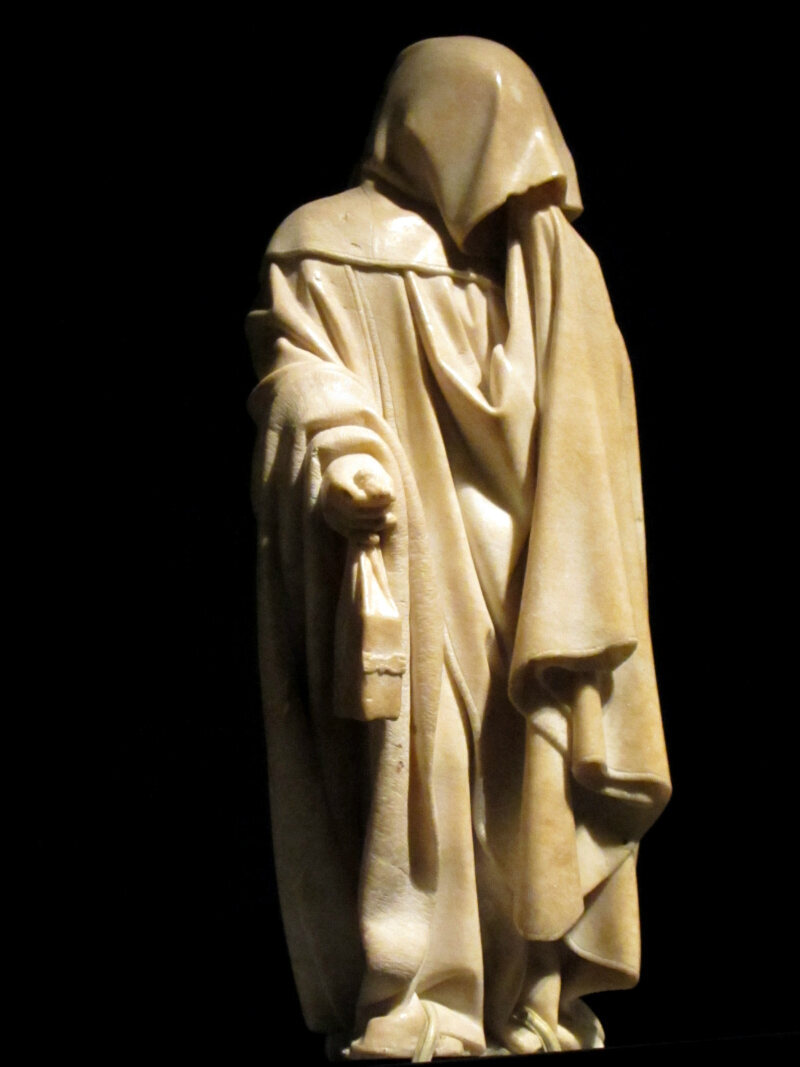 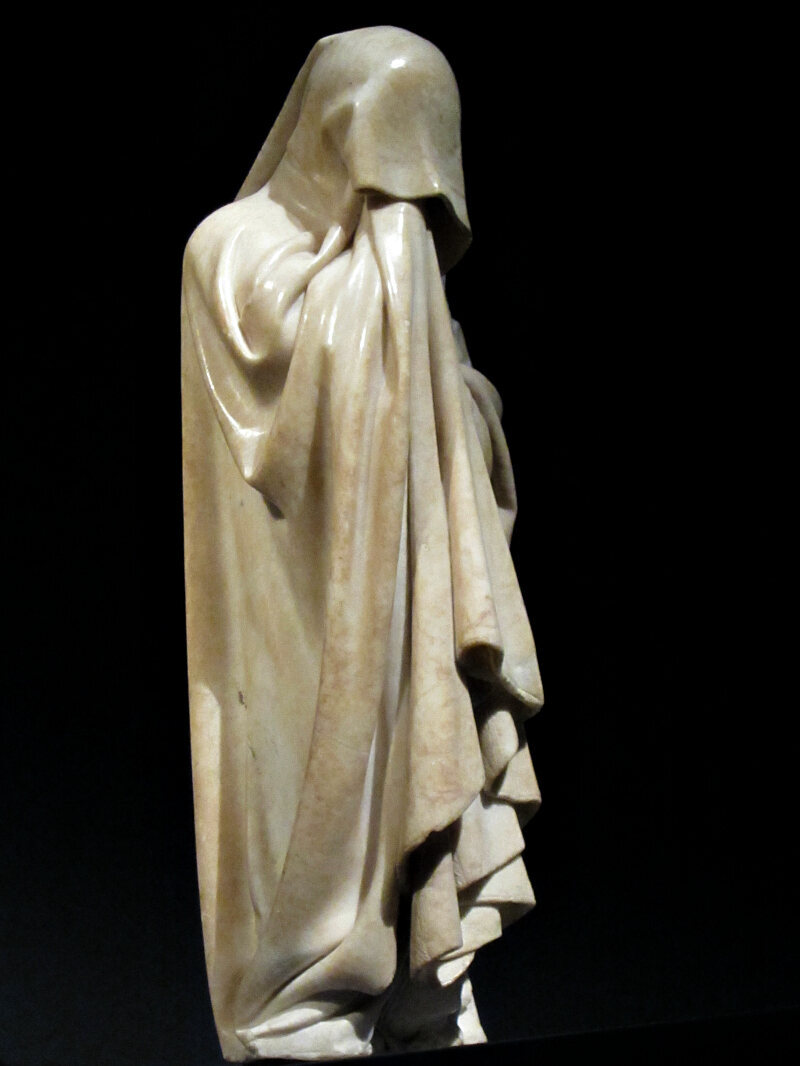 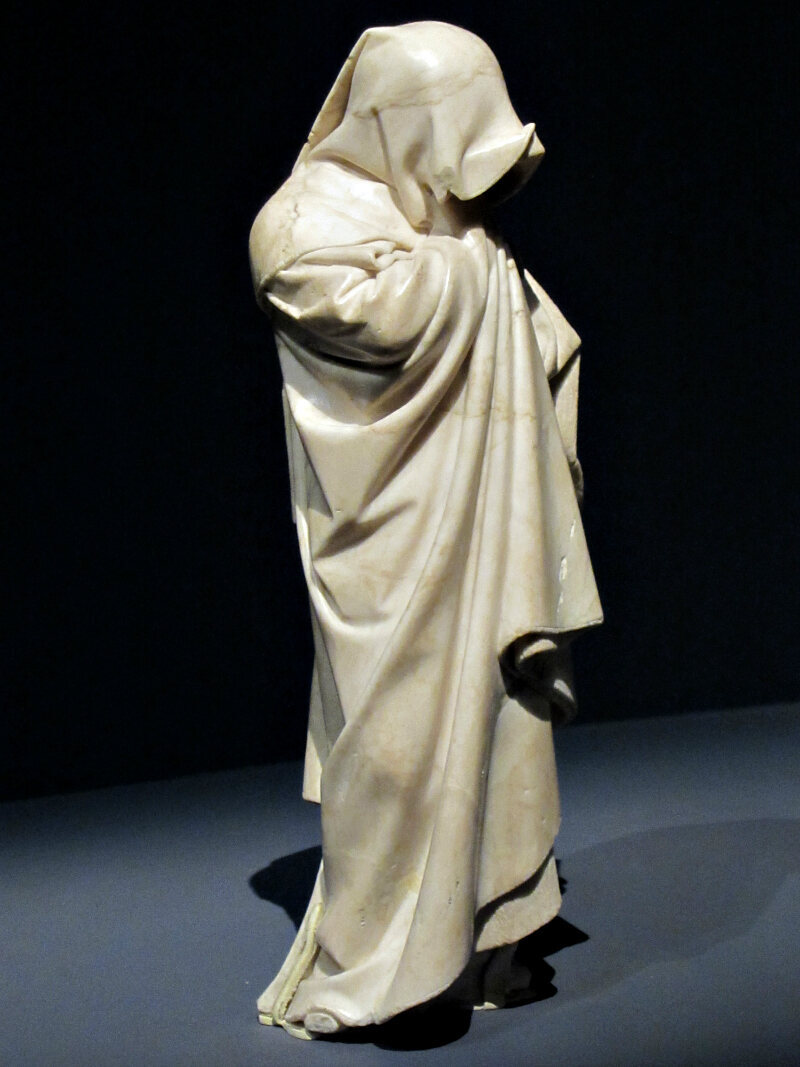 Larmes d’Albâtre (Alabaster Tears) are at the Musée de Cluny in Paris, France through June 3, 2013.