Faces of the Past: 200-Year-Old Mummies Go on Display in Germany - Atlas Obscura
Want to see fewer ads? Become a Member.
In This Story
Place

With their dead eyes and their rotting clothes, these corpses seem like they’re straight out of a zombie movie, but the macabre figures are actually mummies, preserved for over 200 years. And now you can stare into their sunken faces yourself. 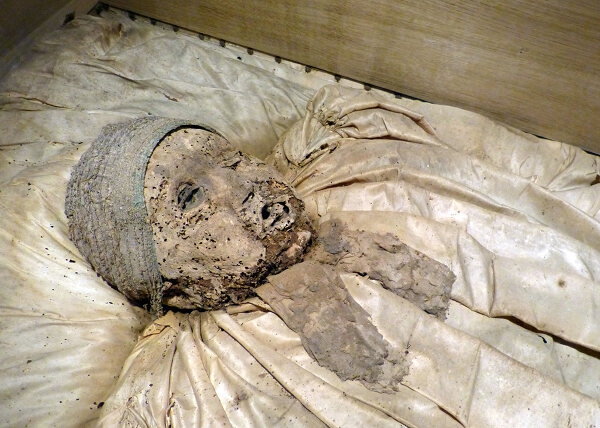 These 200-year-old mummies aren’t a product of complex embalming methods, just a dry crypt and a cool breeze. Under these conditions, seven corpses which should have decomposed were instead found as seven natural mummies underneath the St. Nicholas Church in Neditz, Germany. On April 27, two of the best preserved mummies, the bodies of Johanna Juliane Pforte and Robert Christian von Hake, went on display in the church. 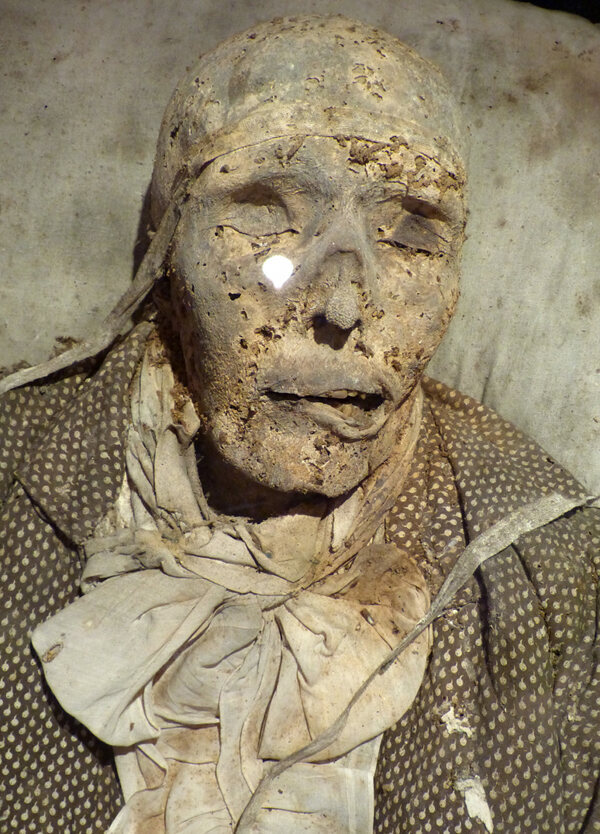 Natural or not, preserving a mummy doesn’t come cheap. According to The Local, the preservation project was funded by 45,000 euros in church donations. Restorer Jens Klocke and a team of experts have been faithfully keeping the mummies in pristine condition since 2010. They are also studying the crypt’s unusually dry conditions that make it ideal for natural mummification. According to Klocke, the crypt at St. Nicholas Church rivals the famous dryness of the Tomb of the Emperors in the Palermo cathedral in Italy, which houses a variety of naturally preserved mummies. 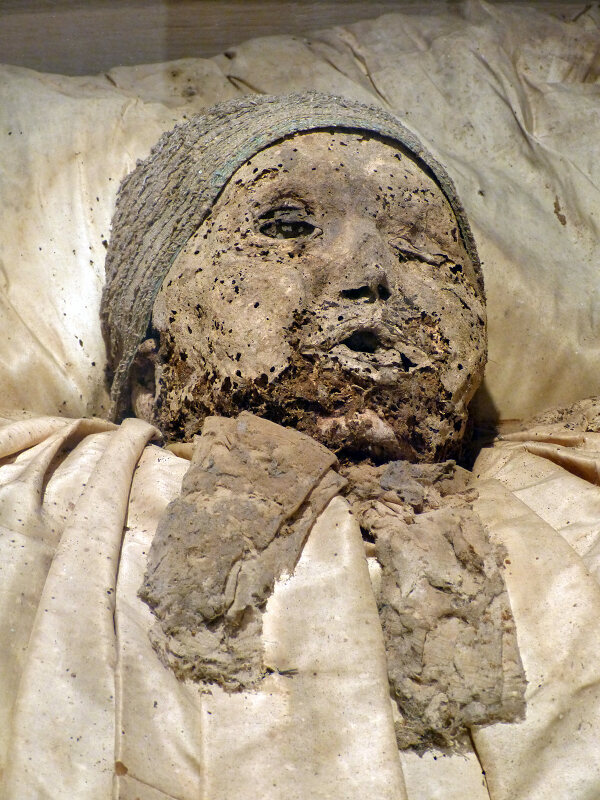 While some critics may say that the display is inappropriate, the preserved remains of Pforte and von Hake serve as a surviving (relative term) example of burial practices that were common in the country over 200 years ago.

FACES OF THE PAST: ST. NICHOLAS CHURCH, Nedlitz, Germany