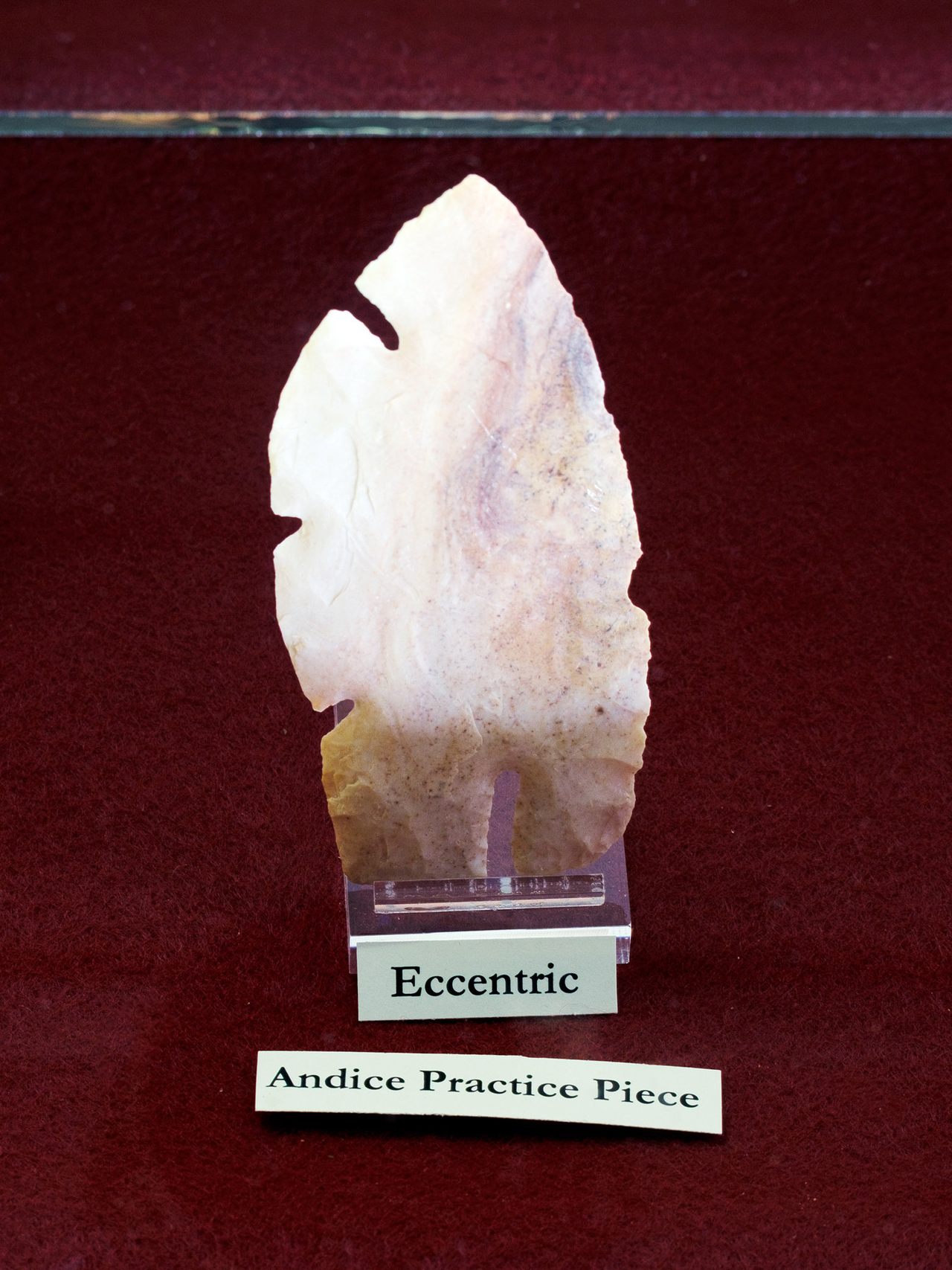 In San Marcos, Texas—about an hour’s drive from either Austin or San Antonio—lies Spring Lake, one of the largest aquifer-driven spring systems in the country, and the headwaters of the San Marcos River. The lake offers plenty of nature tour opportunities, like kayaking and glass-bottomed boat tours that give a glimpse at the wildlife living inside of it. Nearby, Discovery Hall offers exhibitions on the local environment. But it also contains a collection of historically significant artifacts, uncovered just a few towns over, that have completely upended our understanding of how humans got to Texas in the first place.

For most of its existence beginning in 1929, the Gault archaeological dig site in central Texas was a place where “hobby archeologists”—most of whom had no formal training and were allowed to dig wherever and however they pleased—could pay a small fee for a day of searching for artifacts from the past. These folks removed a lot of stuff, but luckily, they never went too deep: it turns out that digging is hard work, and for these amateurs, rarely was the juice worth the squeeze. The site’s lower strata, then, were still in great condition by the time the land was turned over to expert researchers at the turn of this century. Turns out, there were some very important fragments hiding deep within that dirt: In 2018, archaeologists uncovered evidence of humans living in the area 16,000 to 20,000 years ago. This was the oldest evidence of humans in North America, proof that the area was occupied far earlier than originally thought, and another step toward the reshaping of how we think about the beginning of humankind.

It was commonly accepted throughout much of the past century that humans arrived in North America about 13,000 years ago by walking across the Bering land bridge between present-day Russia and Alaska. Those early hunters and gatherers, known as the Clovis, found a path relatively free of ice and eventually made their way south, populating the Americas. Supporting this hypothesis was the fact that, up until the 2000s, the oldest evidence of humans in North America were Clovis artifacts (the first of which were flint spearheads used for hunting mammoths found in Clovis, New Mexico, in the early 1930s, hence the name) that were approximately 13,000 years old.

Over the last couple of decades, however, archaeological discoveries across South and North America revealing different, older, artifacts have cast doubt on that theory in favor of a different origin story: The Kelp Highway. In this version of the story, the first humans came to North America by boat, following the Pacific Rim shoreline, prior to the arrival of the Clovis people. The aforementioned discovery at the Gault dig site just four years ago has become a significant piece of supporting evidence.

The Gault Archaeological Site, located in Florence, Texas, about an hour north of Austin, first caught the eyes of researchers in 1929. It was originally the site of the Gault farm: Henry Gault, the family patriarch, had been making extra money scouting his 250-acre property for things that might be of interest to hobby archaeologists. Back then, the field of archaeology was in its infancy, but the University of Texas at Austin had recently welcomed the state’s first professional archaeologist, J.E. Pearce. Pearce organized the first professional dig on the site, an eight-week-long excavation that yielded Paleoindian artifacts, including some that would later be determined to be of Clovis culture. Over the next 70-plus years, despite its educational significance, the site functioned as a commercial digging operation open to anyone willing to pony up for a ticket (cost of entry was $2 in the early years, the equivalent of roughly $35 today). In 1998, new owners finally recognized the historical value of the site and turned it over to the Texas Archeological Research Laboratory. When the professionals got to work, it was clear that the seven decades of commercial use had decimated the top layer, which contained artifacts from 9,000 years ago to the present day, but the older, Paleoindian strata were in good shape.

Estimates put the number of artifacts recovered from the Gault site at higher than 2.6 million, more than 600,000 of which are from the Clovis era, and 150,000 from pre-Clovis times. Other notable finds include inscribed rocks that are among the earliest works of art found in the Americas, one of just 20 mammoth kill sites in the United States, and, of course, a series of projectile points that are the earliest known human-made tools in North America. Together, these discoveries show a thriving ecosystem that was home to large, successful communities that greatly predate prior assumptions of when humans first arrived in the area. The findings also challenge long-held conceptions that the Clovis people were nomadic hunters; indicating a more settled society.

Today, history and archeology buffs can view the pre-Clovis projectiles at Discovery Hall, which is a part of the The Meadows Center for Water and the Environment at Texas State University in San Marcos. Entry is free, and the exhibit offers the rare ability to view and learn from artifacts that represent all of the established time periods from Texas’s cultural chronology. The Gault Site, which is about 80 miles north of San Marcos, is open for tours, though since the site is private property, they must be pre-arranged. Tours are usually about three hours long and cost $10 per person. Though folks are no longer able to dig on site, the chance to experience an important parcel of history that is majorly influencing what we know about the dawn of civilization in North America seems worth the price of admission.

Video: Diving Into the Mermaid Capital of Texas

Video: Diving Into the Mermaid Capital of Texas

From the must-see ecosystems to the larger-than-life mermaids, San Marcos and its submerged springs are an oasis from all things ordinary.
Sponsored by Visit San Marcos
Video • Wonder From Home