Turnip Jack-o'-Lanterns Are the Root of All Evil - Atlas Obscura
Want to see fewer ads? Become a Member. 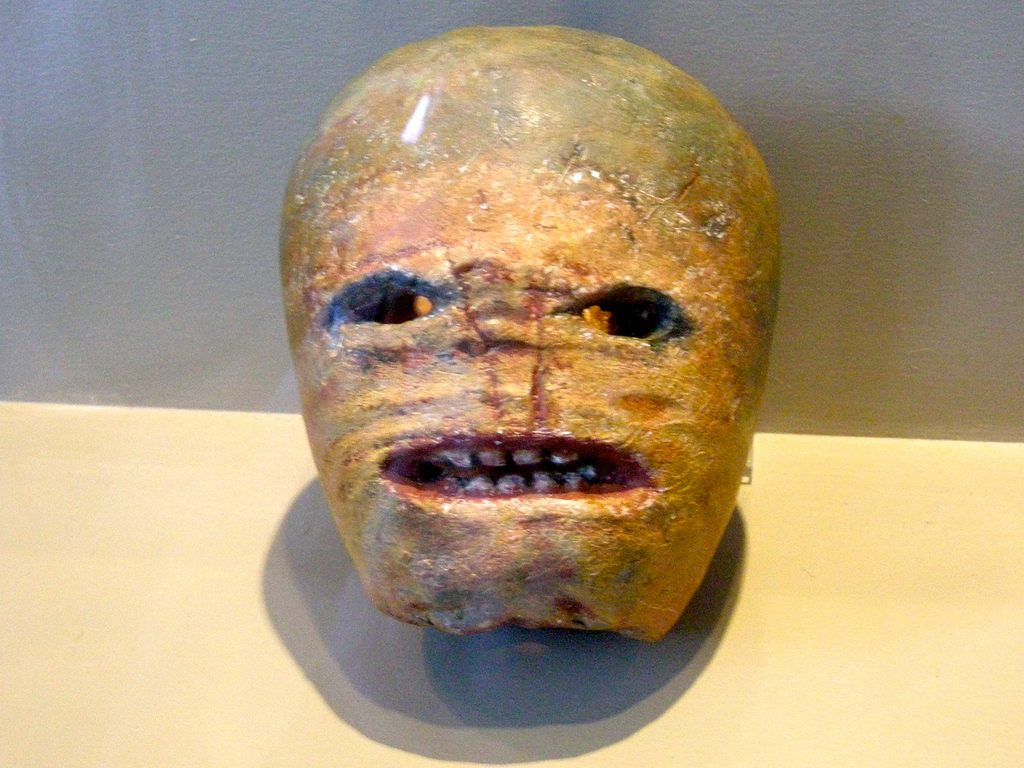 Grimacing turnips no longer herald Halloween. IrishFireside/CC BY 2.0
In This Story
Destination Guide

In 2015, the United Kingdom was in the grip of a wet weather-induced pumpkin shortage. As a result, some British trick-or-treaters were greeted at the doorstep on October 31 not by a carved pumpkin, but by what looked like the disembodied head of a jaundiced Voldemort. That is a carved turnip, and it is—sorry, pumpkin-proud Americans—the original jack-o’-lantern.According to English Heritage, which manages over 400 of England’s historic buildings, monuments and sites, jack-o’-lanterns originated in Ireland, “where people have been carving turnips and other root vegetables for centuries, to ward off evil spirits.” Irish legend holds there was an actual man named Jack, who was “cursed to spend all of time roaming the earth with only a burning coal (inside a carved out turnip) to light the way, as his punishment for trying to trick the devil.”

A few hundred years ago, this story apparently induced people all over the British Isles to carve faces into their root veggies during the annual autumnal decorative gourd season. Turnips—sturdy; dependable; abundant—were the canvas of choice, but people also carved beets and potatoes in order to ward off wandering Jack and others who might bear them ill will.

When Irish immigrants arrived in the United States in the 19th century, they discovered the pumpkin, which resulted in the jolly American jack-o’-lantern that dominates Halloween imagery today. Given the pumpkin crisis in the UK, English Heritage was encouraging people to literally go back to their roots and carve turnip jack-o’-lanterns. If this trend catches on, it could really shake up the country’s pumpkin-growing industry—according to the Guardian, 95 percent of the estimated 10 million pumpkins grown in the UK end up being carved for Halloween, with just five percent being turned into soups, stews, and pies.

The leafy green once foretold the future.
fairytales

What is a Fairy Fort?

In Ireland, fears about disturbing the fair folk have saved thousands of these mysterious ancient structures.
murder

There's more to this 19th-century crime than the dark side of fairy lore.
food

12:29
Want to see fewer ads? Become a Member.
From Around the Web
THE GASTRO OBSCURA BOOK
Taste the World!
An eye-opening journey through the history, culture, and places of the culinary world. Order Now