What It's Like to Be a Water Judge - Gastro Obscura
Want to see fewer ads? Become a Member. 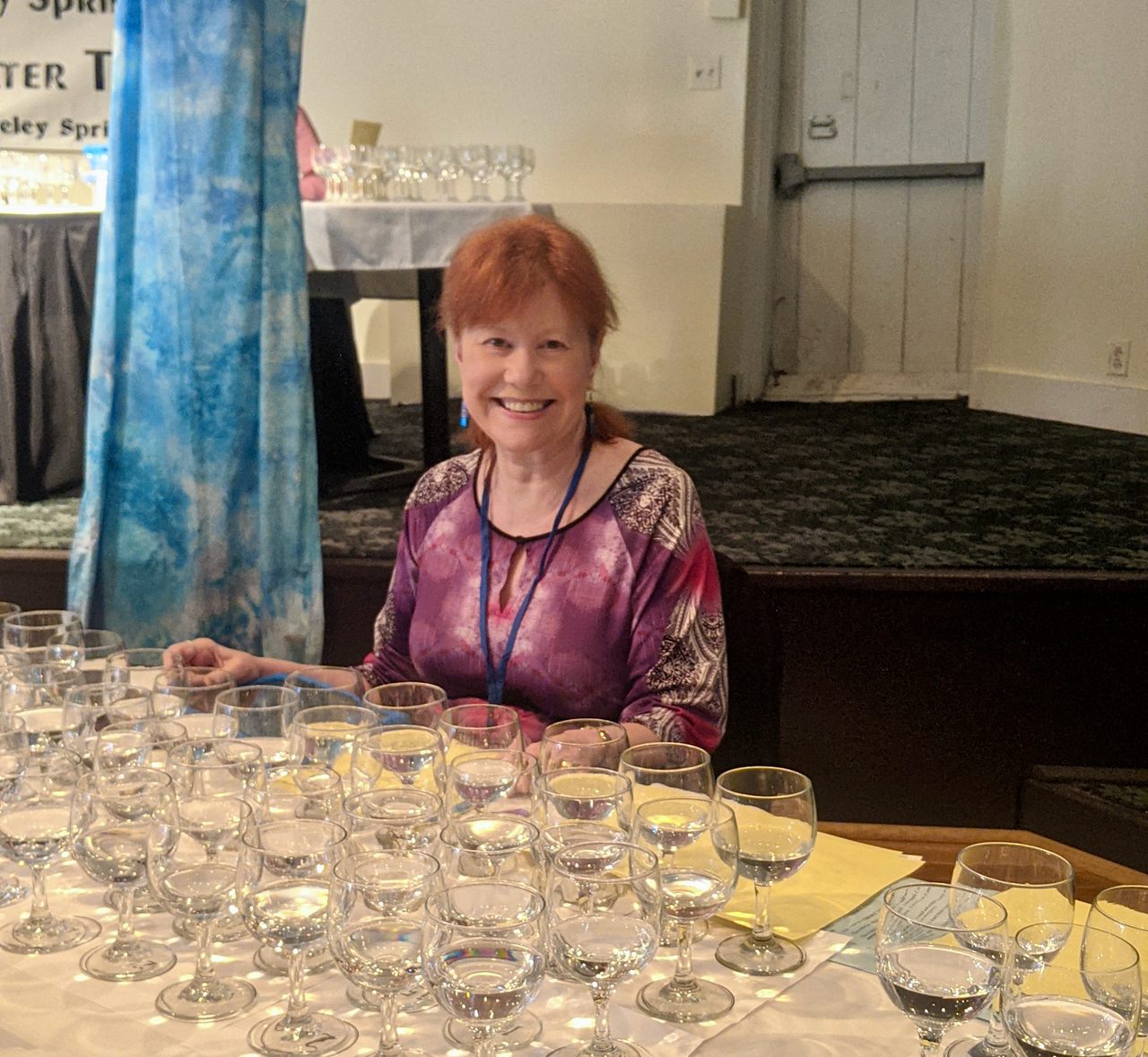 The author preps for the tasting. Stephanie Kalina-Metzger
In This Story
Place

Berkeley Hot Springs presents to you "the only outdoor monument to presidential bathing."
Destination Guide

Sitting onstage at the Country Inn of Berkeley Springs, West Virginia, I, once again, felt a bit puzzled by the crowd gathering in the event space. Who knew that water judging was a spectator sport?

This was my second year as a water judge, so as I stared at the dozens of wine glasses set before me, all half-filled with water and placed carefully on a corresponding numeral, I had already made a mental note of the nearest bathroom. After introducing each of the judges, organizer Jill Klein Rone announced that the 31st annual water tasting would begin. I picked up the first glass and held it against a sheet of bright, white paper (to determine clarity), then took a sip.

One by one, working through humble municipal waters, sparkling waters, and distilled, I rated each for appearance, odor, flavor, mouthfeel, and aftertaste. The crowd—who I later learned was a mix of curious locals, water-industry professionals, and Berkeley Springs tourism boosters—grew strangely silent, until the judge next to me bobbled a few glasses and made a heroic save to keep them from toppling. Everyone breathed a sigh of relief, he cracked a joke, a laugh rippled through the room, and the show continued.

The Berkeley Springs International Water Tasting has been referred to as the “Olympics of Water Judging.” That may sound ridiculous, but for those in the industry, it’s an important event, especially when it comes to the commercial viability of some brands, which use it as a calling card with distributors. It’s also an educational tool, with live-streamed seminars on Facebook where experts lecture on the importance of water—for human health and the health of our planet.

The bottled-water industry has faced criticism for its environmental toll—all that plastic packaging for a product piped into most homes. But the event also features municipal waters, and this year’s seminars included speakers on the woes that continue to plague Flint, Michigan, along with the president and CEO of the International Bottled Water Association discussing the industry and its response to natural disasters.

Before I could take part in the water tasting, I was required to attend an educational session conducted by California resident, master of ceremonies, and consultant to the water industry, Arthur von Wiesenberger. “The most common tastes consumers experience in tap water come from chlorine (from the chemicals used in water treatment), iron (from pipes, storage tanks, and nature), and sulfur (usually from natural hot springs),” he explained. In his book, The Taste of Water, which judges receive at the event, a glossary lists sometimes humorous tasting notes, such as wet band-aid, wet dog, flabby, and flinty. When I described a popular water as “salty,” he corrected me. “That’s calcium and magnesium bicarbonates, which is what also can cause ‘hard water.’” He then explained how water left standing, either in nature, or an open container, can go stale. “It’s vapid, lacking freshness, and sometimes tastes like old bread, so there you have it.”

In a typical year, the judges spend several hours tasting 60 or more waters from more than a dozen countries. But this year’s event was scaled down due to COVID-19: There were fewer judges and plenty of social distancing, and we skipped the traditional “water rush” where the crowd rushes the stage to grab as many bottles as they can carry. Guests also wandered the water displays—including that of Svalbardi Polar Iceberg Water from Norway, which lists its 750-ml bottles for $116.99—and voted for the best packaging. Berkeley Springs water, which is known for its quality, was there too. It often does well in the competition.

Several of this year’s winners also won in the past, proving that there is something to this water tasting competition. “The consistency in winners from year to year with different panels of judges validates the choices,” says von Wiesenberger.

For me, the role as water judge started out as a lark—I accepted the gig when Rone contacted me after reading a newspaper article that I wrote about a water sommelier. But I took it more seriously as I learned about the industry and thought more deeply about water’s importance. As noted during this year’s event, deputies were dispatched to Costco in Chino Hills, California, when COVID-19 caused a bottled-water shortage. The pandemic also led to price gouging in water-starved areas: At a liquor store in Fresno, a 24-bottle case of water was sold for $16. The competition may highlight taste, but that focus also prompts us to think about quality, availability, and the infrastructure necessary to achieve both.

And, who knows, I may eventually get the opportunity to tell a restaurateur that the expensive water they offer in place of tap tastes of flabby, wet dog.

The Wet and Wild World of Underwater Sports

Sure, rugby is fun on land, but why not play it at the bottom of a swimming pool?
trees

The Blue Ridge Honey Made ‘by Bees and Angels’

Produced only in these mountains, it's regularly named best in the world.
forests

Dendrochronology doesn't just work on forests. It works on buildings too.
abandoned

The Mountain State is filled with surprises, from giant telescopes to elusive cryptids.
Sponsored by West Virginia Department of Tourism
Video

The largest piece of cut lead crystal adorned a grave for 75 years and is now the shining star of a glass museum.
Manchester, Vermont