What Do You Call the Corner Store? - Gastro Obscura
Want to see fewer ads? Become a Member. 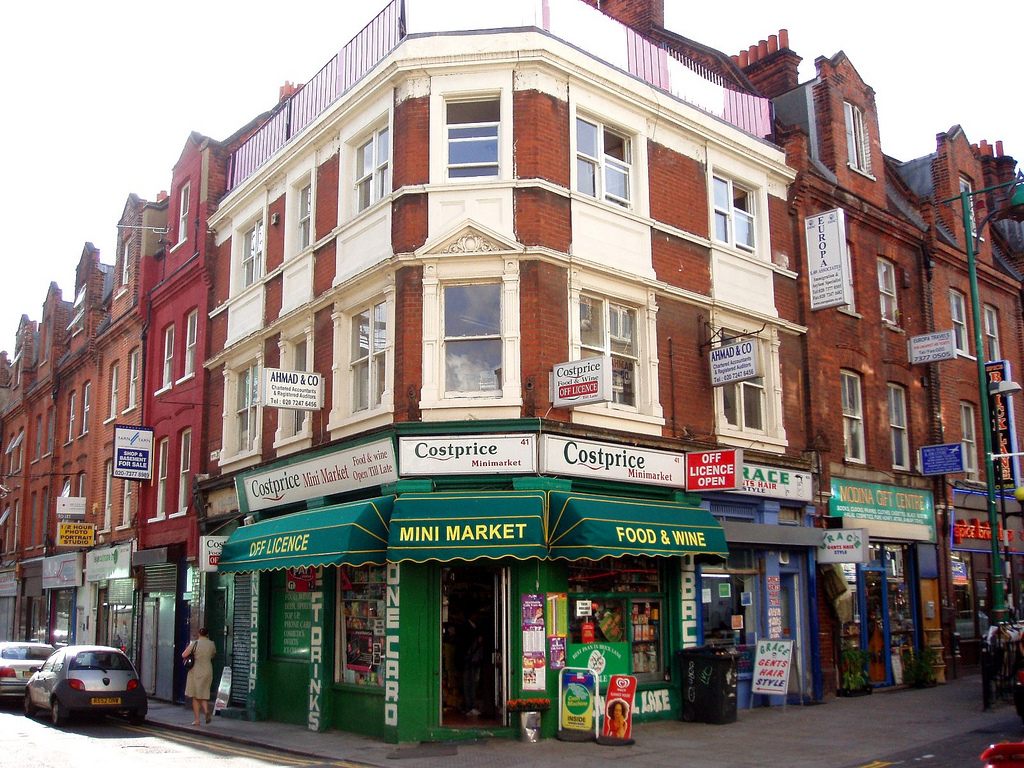 The benefits of a living in a big city are pretty obvious: access to museums, fine dining, eclectic entertainment, public transportation, diverse and ever-changing neighbors. But here’s an oft-overlooked perk: the presence of a convenience store.

Every city has something like this, the anchor tenant in many city-dweller’s mental maps of their neighborhood. But in many places, you’d be laughed out of the building for calling it a “convenience store”. It’s a bodega. It’s a packie. It’s a party store. What you call the store on the corner says a lot about where you live.

The bodega, in New York City, is perhaps the most famous variation on this theme. The word “bodega” is a Spanish word deriving from the Latin apothēca, or apothecary. It has various meanings, none of which is “market,” as is commonly stated. (The word for market is mercado.) Instead it means something closer to “storeroom” or “cellar,” a pretty accurate description. In Spain, it mostly refers to a wine cellar.

The word has been in common use in New York since, roughly, the 1950s, following the exodus from Cuba upon Fidel Castro’s rise to power. A 1940 New York Times article defined “bodega” as “Cuba’s combination of grocery and bar,” a definition which would be superseded soon as the word came to be used for the convenience store. Heavy waves of immigrants, especially from Cuba, Puerto Rico, and the Dominican Republic, landed in New York City around this time, and these immigrants disproportionately began to own and work in bodegas. Their word for the store is bodega, and so the greater New York City word for the store became bodega.

There are exceptions even within New York; in much of Manhattan, convenience stores are often referred to as “delis,” short for delicatessen. The delicatessen is a type of store popularized long before the bodega by Jewish immigrants to New York, with a focus on meats, pickles, and sandwiches prepared to order. The line is a bit hazy, but today most convenience stores in New York, unlike in much of the world, also include a deli counter, so the name deli has stuck.

A pulperia in Cafayate, Argentina. (Photo: Daniel Peppes Gauer/CC BY 2.0)

In Quebéc’s cities, especially Montréal and Quebec City, the convenience store moniker comes from a different Romance language. They are known as a dépanneur, or “dep” for short, coming from the French dépanner, meaning “to help one out of a jam,” which is an excellent alterna-name for a convenience store. The predominant chain convenience store in French Canada is not 7-Eleven but Couche-Tard (translation: “night owl”).

In Detroit, the convenience store is known as a party store, which is sort of an optimistic name.

Boston in particular and New England as a whole has a wide array of words* referring to the corner store. The most interesting is spa, which refers to an independent seller of quick food; today that usually means a deli counter, like you’d find in New York, but it’s also previously included taverns, diners, and soda fountains. (It’s likely that the name has some connection to the latter, though in general, this term is sort of old-fashioned.) Alcohol is not sold in all corner stores, leading to the popularity of packies, short for “package stores,” the local word for liquor stores. Local chains of convenience stores, like Tedeschi Food Shops, are called by their name. Your general convenience store, one without a deli counter, alcohol, or brand name? It’s just “the store.” Maybe the convenience store.

In London, offy may be used—the name comes from “off-license,” and has the same exact reasoning as the Massachusetts “packie.” In London, some stores are granted licenses, also known as an “off-license,” allowing them to sell sealed alcohol for consumption elsewhere. The name of the shop became conflated with the license itself. Many offy shops fill the role of the convenience store.

In Toronto and its many smaller surrounding cities, the convenience store is known as a variety store. Ontario’s alcohol rules prohibit the selling of alcohol except in state-run or -affiliated stores, so Toronto’s variety stores are unable to sell beer.

In the same vein, the Philippines have the sari-sari store. Sari-sari is the Tagalog word for “variety.”

In the cities of New Zealand and Australia, the convenience store is known as a milk bar, having originally been sort of a twist on the American malt shop. As the popularity of a non-alcoholic gathering place waned, most of these began slowly adding more items to their stocks, and eventually turned into a recognizable convenience store. Sometimes these are also called dairies or the more general superette.

A row of sari-sari stores in Bohol, in the Philippines. (Photo: Public Domain)

In Central America, especially Costa Rica and Panama, these stores are referred to as pulperias. The name is a bit of a mystery; in Spain the same term is used to refer to restaurants specializing in octopus (pulpo in Spanish) but there’s no obvious connection between octopus and a convenience store that I can find. It’s possible that the name comes from two items that Central American convenience stores sell: fruit pulp, and pulque, a mildly fermented alcoholic drink.

In Paris they are known as Arabe du coin, or “Arab of the corner,” owing to the high percentage of North African ownership in that city. It does not translate any better in French than in English.

In Japanese cities, 7-Eleven is fantastically popular, but independent convenience stores are known as konbini. That term is an abbreviation of konbiniensu sutoa, which is a sort of Japanization of the English phrase “convenience store.” In Japan the convenience store is basically known as a conveni.

Some of the other major Asian cities have various terms for subgenres of the convenience store. In Malaysia and Singapore, 7-Eleven reigns supreme, but Singapore also has the mama shop. These are typically owned by those of Indian descent—a huge portion of the Singaporean population—and comes from the word “mama” in the Tamil language of India, meaning something like “elder.” Mama shops are commonly found in the ground or basement floor of public housing in Singapore.

Mexico is a bit of an oddball; there are many chains, with Oxxo being the largest, and it or the local chain will often be referred to by name. More generalized terms include tienda, which simply means “store” in Spanish, or misceláneas (meaning something close to “variety, “as in the Canadian and Filipino version) in the southern part of the country. But misceláneas serve other purposes; they are far more common in rural areas than convenience stores are in most other countries, and are often used as meeting spaces in the same way a bar or cafe can be.

The less creative names for the convenience store are more widespread. “Convenience store” itself is very common; the phrase is widely understood, if not widely used, throughout the English-speaking world. The other most popular term is “corner store” or “corner shop,” which may refer to either the store’s location (many are literally on the corner or intersection of streets, to increase foot traffic), to its anonymity (it doesn’t matter what the actual name of the store is; it’s just the one on the corner closest to wherever you are at that moment), or even to the phrase “to corner the market.”

*Update 9/14/2017: This story has been updated since it was first published to expand and clarify the variety of terms used for a corner store in Boston and the greater New England area.

Why Are Bananas, Nuts, and Crackers the Only Foods That Say 'Crazy'?

An investigation into how three snacks became associated with madness.
food

And why does it need to "snap"?
food

Introducing 'Food Grammar,' the Unspoken Rules of Every Cuisine