Is This a Scene From a Sci-Fi Horror Flick a Rare Atmospheric Phenomenon? - Atlas Obscura
Want to see fewer ads? Become a Member. 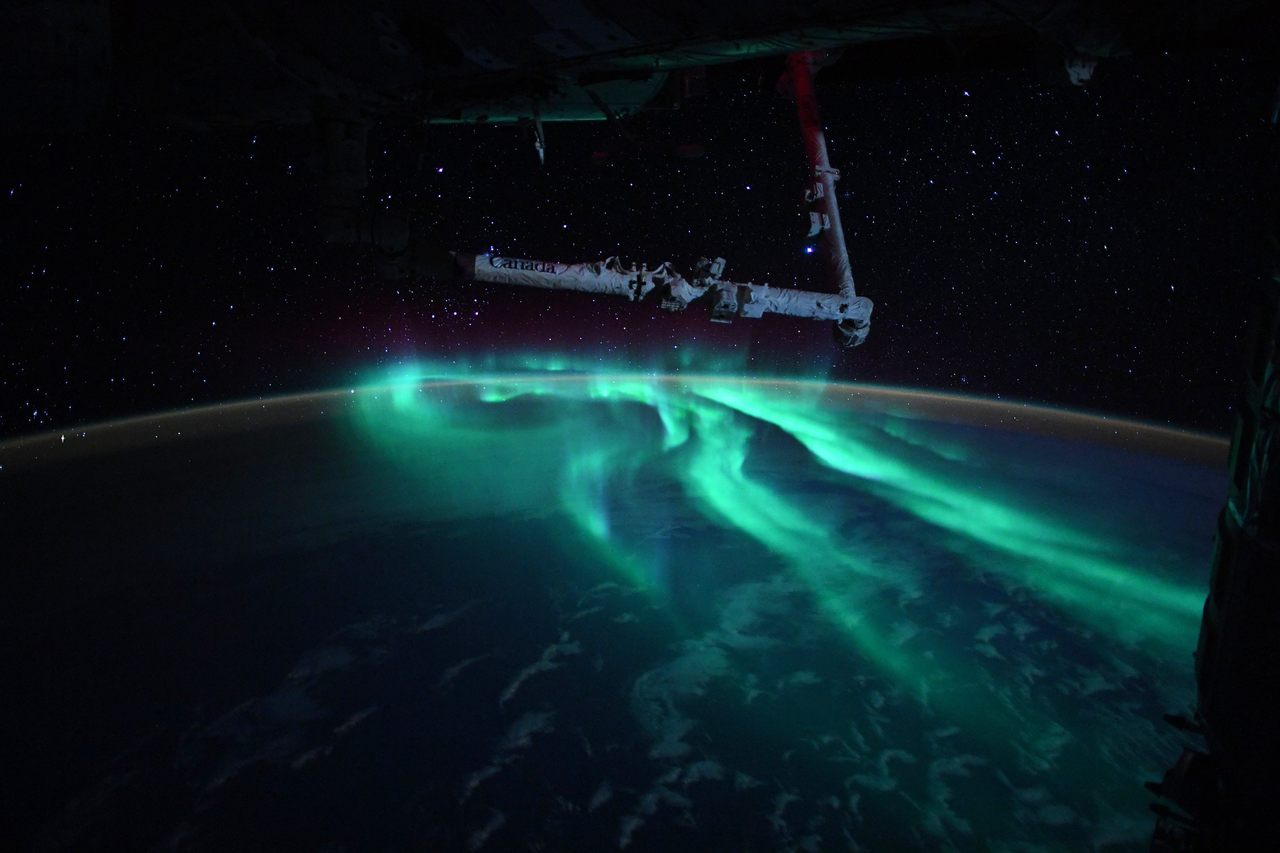 In August, French astronaut Thomas Pesquet captured images of a rare aurora from aboard the International Space Station. Thomas Pesquet/ESA/NASA

We’ve all seen this movie: Intrepid human space explorers arrive at a strange new planet and settle into orbit only to discover—cue the creepy, theremin-heavy soundtrack—the local welcoming committee isn’t so welcoming. But there’s nothing sinister about this image of ethereal blue tendrils that seem to reach out to the underbelly of the International Space Station (ISS).

French astronaut Thomas Pesquet, on his second European Space Agency mission aboard the ISS, captured a particularly dazzling aurora in mid-August 2021. Pesquet has spent more than 300 days (and counting) in space, and has seen scores of examples of this upper atmospheric phenomenon—but even he had not seen such a wondrous shade of electric blue before.

“These last ones came with something extra,” Pesquet posted across his social media accounts when describing the surprising shade. “As the Moon was high and bright, it lit up the clouds from above, which created a distinct atmosphere.” Pesquet assured his audience that he had not changed his camera’s settings to create the blue hue. He added, “What’s next, Mother Nature? A yellow one?”

Auroras—as beautiful from the ground as they are from the rarefied vantage point of the ISS—are produced by solar wind–borne electrons interacting with atmospheric gases near the planet’s poles. The resulting lightshows typically occur 50 to 300 miles above Earth’s surface, according to the Space Weather Prediction Center, part of the National Oceanic and Atmospheric Administration.

When these particles interact with nitrogen, however, under the right conditions—typically a geomagnetic storm, when the sun flings a lot at us—auroras can appear deep blue or purple. In addition to being a rare occurrence, these unusual auroras are often too faint to see. That’s unless they’re brightened by moonlight, which appears to be what Pesquet observed.

If you like what you see, check out Pesquet’s Twitter and Instagram feeds. A prolific social media user, he posts frequently, mixing stunning images with humorous video shorts shot aboard the ISS, music by his favorite bands, and musings on basketball and other sports.

Meet the Ghosts Behind a Japanese City's 'Haunted' Coffee

A curated collection of images shows why this natural phenomenon has fascinated and inspired humans for millennia.
forests

Iron-rich springs generate intense color in a stark landscape that, from above, might be mistaken for a crime scene.
space exploration