How Much of Ireland’s ‘Bog Butter’ Is Actually Buttery? - Gastro Obscura
Want to see fewer ads? Become a Member. 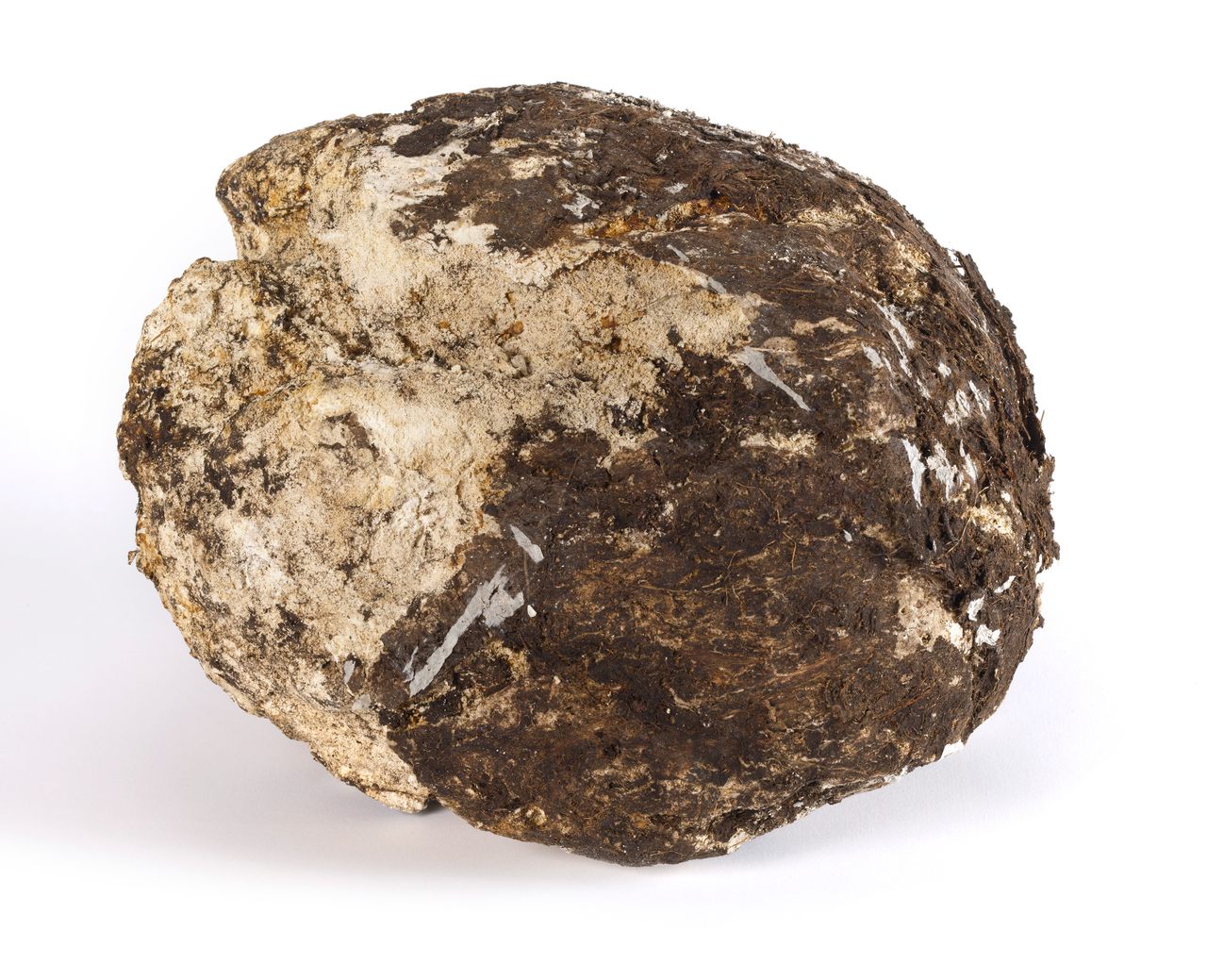 Butter? © National Museum of Ireland
In This Story
Destination Guide

In Ireland, several hundred waxy, phlegm-colored chunks have been plucked from peat, where they spent as many as 3,500 years stuffed inside wooden containers, swaddled in bark, or wrapped in animal bladders. Some weigh as much as 50 pounds, and they resemble greasy, anemic soufflés, or sweating cheese balls that have been sitting out all night.

Those chunks looked like dairy, and they had the name to match. They also had a rank smell, which Richard Evershed, a biogeochemist at the University of Bristol, describes as a “not nice” mingling of parmesan cheese, baby vomit, and rancid milk. But despite all that, the actual butter content of Ireland’s bog butters wasn’t a foregone conclusion.

“It was not self-evident,” says Emmanuelle Casanova, a postdoctoral researcher in chemistry at University of Bristol. “They could have been fats from animal carcasses, or adipocere, similar to some Scottish bog butters.” Evershed and Casanova, along with other members of a team led by Jessica Smyth, an archaeologist at University College Dublin, set out to see what Ireland’s bog butters were really made of.

The team sampled 32 bog butters in the collection of the National Museum of Ireland, then subjected the slivers to both compound-specific stable isotope analysis—to confirm their ingredients—and radiocarbon measurements, to gauge their age. The findings are published in a new paper in the journal Scientific Reports.

Based on the specific fatty acids they found, the researchers concluded that 91 percent of the samples either definitely or probably derived from a ruminant’s dairy fat. (The remaining nine percent—representing three samples—couldn’t be identified.) The samples stretched across the Bronze Age, Iron Age, and medieval period, as well as the Irish post-medieval period, which spanned 1550 to 1850.

Researchers can’t say with certainty where the milk came from. “The method we used is not species-specific; you’d get the same isotope values from goats or sheep,” says Evershed, a co-author on the paper. But Evershed suspects that most of these butters were made from cow’s milk, since cattle were among the predominant animals in prehistoric Ireland, and also because some of the chunks are just so enormous that “you’d almost have to have a herd.”

It’s hard to say for sure how many other globs of extremely old butter are still tucked into peat bogs. In the era before refrigeration, these were savvy places to put things with a short shelf-life—Evershed calls the bogs “pretty much the best place on Earth for storing organic matter.” The densely packed places left little room and sparse oxygen to fuel microbes’ work, Evershed says, and the waterlogged environment helped slow degradation, too. (One prevailing theory is that the bogs were places to stash surplus supplies, and some researchers have also suggested that the butter kept there may have been a type of offering.)

Newly recovered examples of bog butter are usually found when companies harvest peat for fuel. But the days of bog-butter sightings may be winding down. In November 2018, the peat harvesting company Bord na Móna announced that operations would cease over the next few years, amid concerns about emissions and the need to transition to more renewable energy sources. When fewer people wade around the bogs, the things inside them may remain hidden from modern eyes and noses. At least we now know they’re truly buttery.

Found: A Lake in Death Valley, the Hottest and Driest of the U.S. National Parks

A mysterious tomb contained a royal feast. Scientific analysis made it possible to taste once again.
food